Three Christmas cards designed by a young Beatrix Potter are to go on display at the Victoria and Albert Museum in the new year.

Made when Potter was 23 to provide friends and family with ‘five minutes’ wonder’, they were her first commercially successful works and marked the start of her career as an illustrator.

They will be displayed as part of the Drawn To Nature exhibition at the V&A, which will open in February and tell her life story through more than 240 personal objects.

Potter, who was born in 1866 and died in 1943, remains best known for her children’s books featuring animals, such as The Tale Of Peter Rabbit, but was also a prominent natural scientist and conservationist. 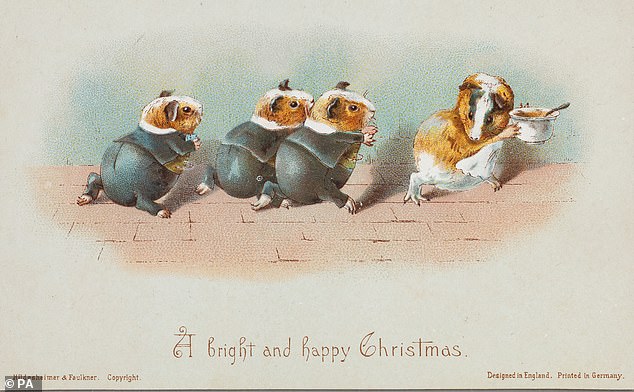 Three Christmas cards designed by a young Beatrix Potter are to go on display at the Victoria and Albert Museum in the new year. Above: One of the cards depicts three guinea pigs in school uniform chasing after their mother, who is holding a bowl of food 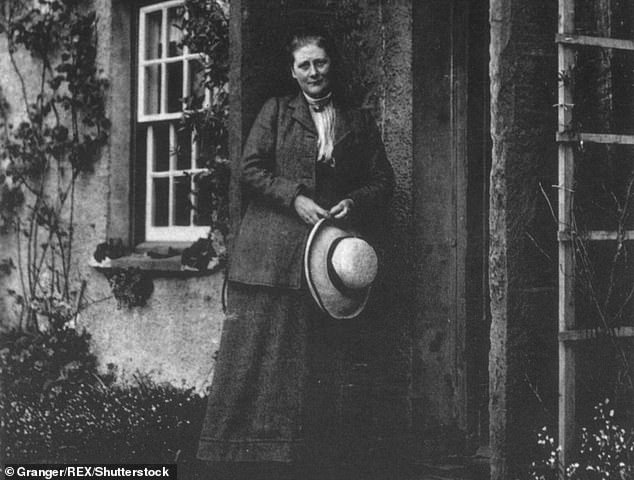 Made when Potter (pictured above in 1907) was 23 to provide friends and family with ‘five minutes’ wonder’, they were her first commercially successful works and marked the start of her career as an illustrator

The popularity of the cards encouraged Potter to approach greeting cards publishers with her work, and in 1890 her designs were commissioned by London-based company Hildesheimer & Faulkner.

The first two cards show off her famous anthropomorphic style of illustrating animals – one from the V&A’s collection depicts a rabbit inspired by her pet, the ‘charming rascal’ Benjamin Bouncer delivering Christmas post, while one on loan from the National Trust features guinea pigs dressed in school uniform, chasing after their mother.

Going on display for the first time in 20 years, the third is a hand-drawn prototype for an ‘elaborate’ card requested by card firm Hildesheimer & Faulkner showing an autumnal scene of a field mouse in a nest of leaves.

It was never printed widely after publishers instead selected an illustration of mice in a coconut.

Annemarie Bilclough, the museum’s curator of illustration, and Frederick Warne, curator of the exhibition, said: ‘We are delighted to be able to include an original design and two examples of Christmas cards printed from designs by Beatrix Potter, her first commercially sold illustrations.

‘The cards such are an important part of the story of Beatrix’s journey to becoming an author- illustrator and the success of the cards speaks to her practical mind and business acumen.’

Across four sections, the V&A’s exhibition – which is being run in partnership with the National Trust – will follow Potter’s journey from the capital to the Lake District, where she eventually settled. 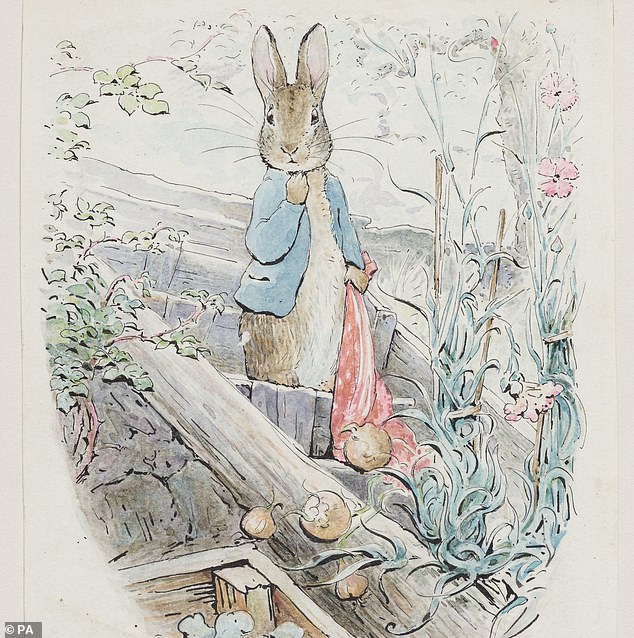 Also on display will be many exhibits connected to her Peter Rabbit books. Above: Potter’s 1904 watercolour and pencil illustration of Peter Rabbit with his handkerchief

The first section, Town and Country, will offer a backdrop to her childhood in South Kensington in London and feature key objects from Potter’s early years, including an album of family photographs taken by her father as well as artwork and furniture from the family home.

Under the Microscope, meanwhile, will highlight her interest in natural science and will display the intricate drawings of fungi which she produced.

Also featured in the section will be a reimagining of the schoolroom she shared with her brother Bertram at Bolton Gardens in London, featuring some of their earliest observational sketches, from the schoolroom menagerie to a cabinet used to store their collection of butterflies, beetles, bird eggs, shells, rocks and fossils.

Potter had more than 92 pets during her lifetime and took inspiration from some of them for her stories, most notably her domesticated rabbits Benjamin Bouncer and Peter Piper.

Will Tier 2 and 3 area rules be reviewed before Christmas?

A Millennial Pink Coffin Float Exists, So Now You Can Ponder Your Mortality In Style