A city financier who has accused Barclays of misleading her, shareholders and the market alleged today that a bank boss ‘lied’ to her over the terms of a £2billion Qatari investment deal negotiated during the 2008 financial crisis.

Amanda Staveley, 47, claims her private equity firm PCP Capital Partners is owed money for the work it did setting up a Middle East investment deal for the bank.

The businesswoman today told Mr Justice Waksman at the High Court how she learned about ‘secret fees’ in 2013, five years after negotiating investment deals.

Ms Staveley, who once dated Prince Andrew, said she realised that Roger Jenkins, a then Barclays boss who had been involved in the 2008 discussions, had ‘lied’ to her. 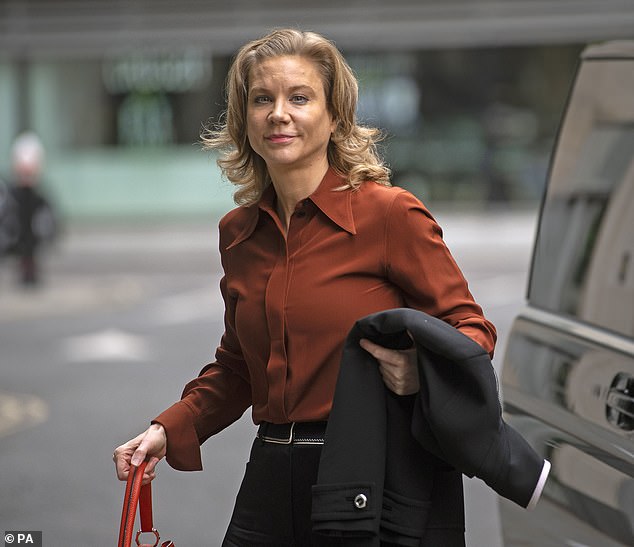 Amanda Staveley, who runs private equity firm PCP Capital Partners, has accused Barclays of having ‘lied’ to her during investment deal negotiations in late 2008 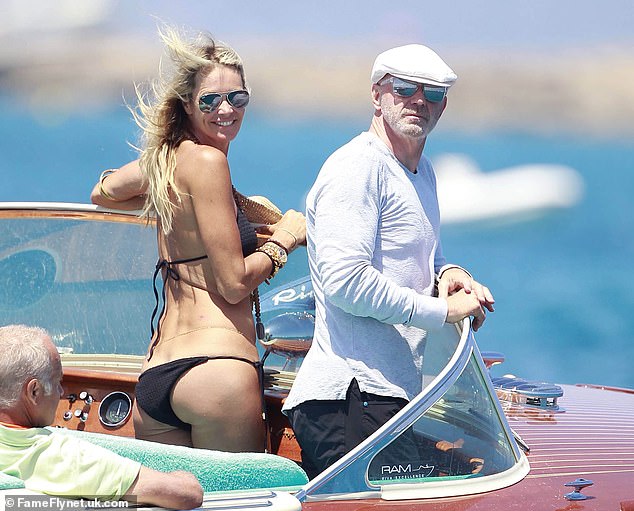 Roger Jenkins, pictured with Elle Macpherson, joined Barclays as a graduate trainee, and went on to earn £39.5million for saving the bank from a government bailout

Her lawyers say the loan was ‘concealed’ from the market, shareholders and from her. But lawyers representing Barclays have described PCP’s damages claim as ‘opportunistic and speculative’ and said ‘PCP in fact made no loss’.

Mr Justice Waksman began overseeing the trial, which is being shown online and is expected to last two months, at the High Court in London on Monday.

Ms Staveley, who in recent months has been involved in brokering a deal which could see a Saudi consortium take control of Premier League football club Newcastle United, told how she discovered ‘secret fees’ in 2013.

‘The first I heard of any additional fees paid by Barclays to Qatar in relation to the October 2008 Capital Raising was when I read a press article in the summer of 2013,’ Ms Staveley said, in a written witness statement.

‘I did know, however, that the payment by Barclays of any additional fees to Qatar ran totally contrary to the statements that Qatar was getting “the same deal”.’ 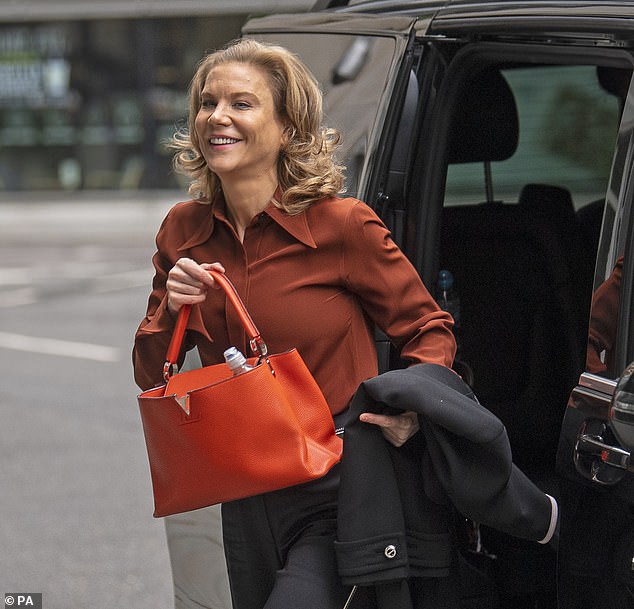 Ms Staveley, who once dated Prince Andrew, said she realised that Roger Jenkins, a then Barclays boss who had been involved in the 2008 discussions, had ‘lied’ to her 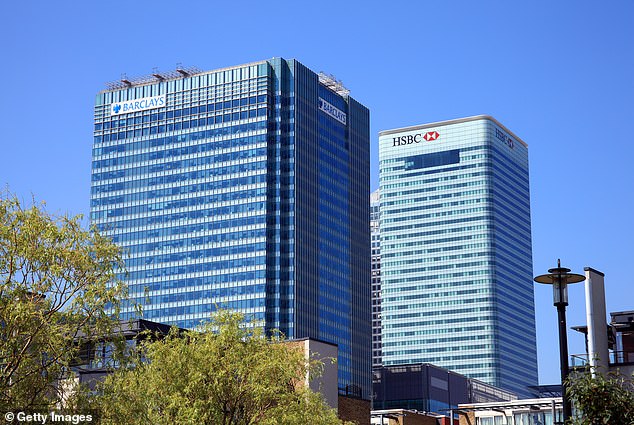 And Mr Jenkins told colleagues that his wife, Diana, had not been given recognition for the part she played. showing emails written by him to colleagues in 2008.

‘This relationship [sic] and indeed all go deep trusting relationships don’t not start out as transcation [sic] pitches,’ Mr Jenkins said in one email.

‘Diana teed up hamad [sic] thru his wife that’s how it began. His wife wanted to be diana’s [sic] circle. I then took great pains to keep it social and advisory [sic] for many months for no fees etc

‘We diana [sic] and I built great trust.’

Mr Jenkins said in another email: ‘… she has worked to build my brand with all these heavy hitters and got what when it counted nothing! Party girl…

‘She now looks like paris Hilton. She has two university degrees! She is a great girl she deserves a lot.’ He had added: ‘Then amanda gets all the limelight.’

‘I understand that within a short time of having spoken to me, Mr Jenkins told his colleagues … that he had used a contact of his wife’s and Sheikh Hamad to “get to his highness (Sheikh Mansour)”,’ she said in a written witness statement.

‘My approach to Barclays was not set up by Mr Jenkins’ wife or by Sheikh Hamad.’

Leading PCP’s legal team, Joe Smouha QC said the claim arose out of the recapitalisation of Barclays during the financial crisis in 2008.

Mr Smouha said the only other ‘strategic investors’ were the state of Qatar and its prime minister Sheikh Hamad Bin Jassim Bin Jabr Al-Thani. But he said PCP had been induced to invest on ‘manifestly worse terms’ than the Qatari investors. 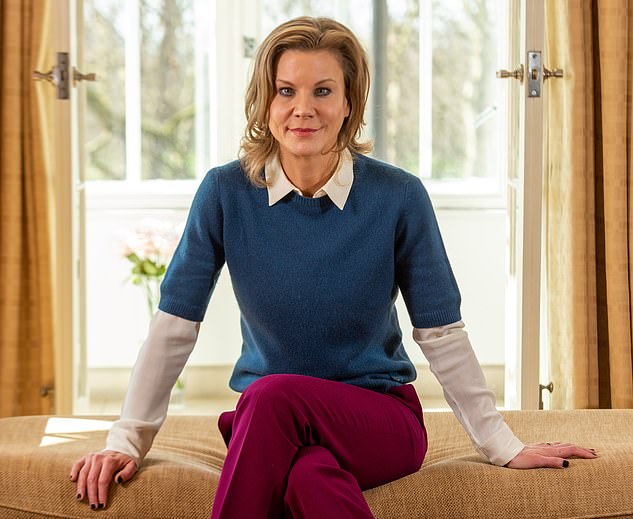 Ms Staveley, who has been involved in brokering a deal which could see a Saudi consortium take control of Newcastle United football club, told how she discovered ‘secret fees’ in 2013

Mr Smouha said the Qatari investors had demanded and, in order to obtain the investment, Barclays had agreed to pay an additional fee of £280million, a ‘yet further fee of £66million’ and to provide ‘an entirely unsecured loan’ of £2billion.

He told the judge: ‘Barclays deliberately misled not only PCP but also its own shareholders and the market in this regard.’

Jeffery Onions QC, who is leading the Barclays legal team, called PCP’s claim ‘made of sand’ and said Ms Staveley’s evidence was not supported by documentation.

Mr Jenkins, who dated Elle Macpherson and was known as ‘Big Dog’ to colleagues, was Britain’s best-paid banker at the time, earning £65million in two years.

In February, Mr Jenkins and two other former Barclays’ bosses were cleared of fraud over a £4billion investment deal with Qatar at the height of the banking crisis.

The Serious Fraud Office had alleged that lucrative terms given to Qatar were hidden from the market and other investors.

But Mr Jenkins, Thomas Kalaris and Richard Boath were acquitted by jurors following a trial at the Old Bailey.