Cold Case officers have launched a major appeal to track down the killer of a teenage girl who vanished without a trace 20 years ago.

Donna Marie Keogh from Middlesbrough was last seen in the town in April 1998. Ms Keogh was aged 17 and living with her cousins at the time of her disappearance. 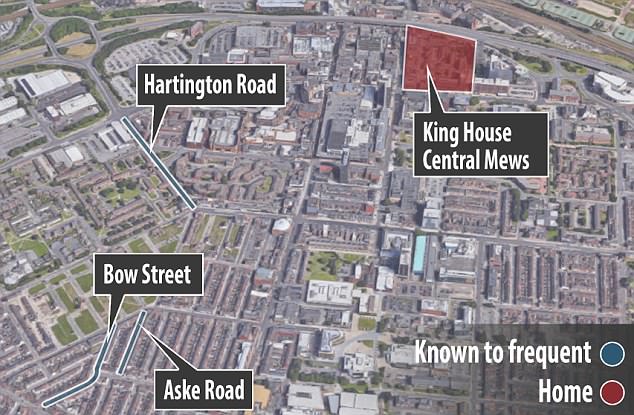 Donna lived with her cousins At King House Central Mews in Middlesbrough town centre, although she was known to frequent other parts of the town

In October 2016, the missing person’s inquiry was upgraded to a murder investigation.

Cleveland Police said Ms Keogh was born on November 29, 1980 and was the middle of three children to Brian and Shirley.

Officers have established a #finddonna website in an effort to jog the memories of anyone who seen Ms Keogh before she disappeared.

According to police: ‘Donna was born in Middlesbrough, Cleveland and was a very popular girl. She had many friends and spent a lot of time with her cousins who were of a similar age to her. Donna loved doing her hair and make-up and had a keen interest in fashion. She was schooled locally and at 16 years old spent time working at a care home for the elderly.

‘Donna was known to keep in regular contact with her family and friends, which ceased in mid-April 1998. This resulted in her concerned family reporting her missing. On May 30, 1998 Cleveland Police launched a missing from home inquiry.

‘Donna was never found and it is strongly suspected that she was murdered sometime close to the time she went missing.’ 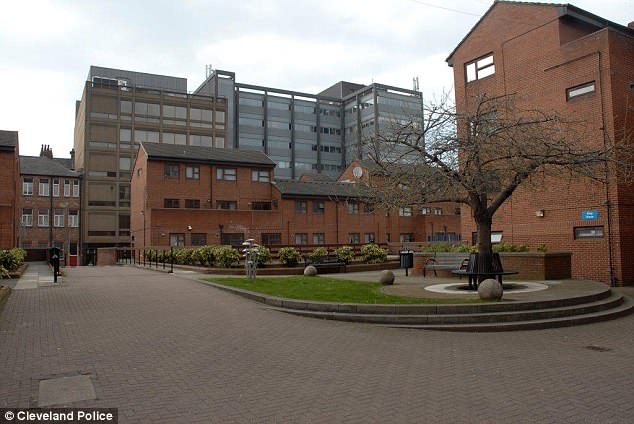 At the time of her disappearance, Donna was living in this estate in central Middlesbrough

A review of the case on October 17, 2016 prompted Cleveland Police to launch Operation Resolute to investigate the ‘circumstances around her disappearance and subsequent murder’.

Officers are re-examining possible sightings in central Middlesbrough in an effort to determine exactly what happened to the teenager.

According to Cleveland Police: ‘A dedicated investigation team has been set up to examine all historical material linked to the previous missing from home case and to identify any new lines of inquiry. 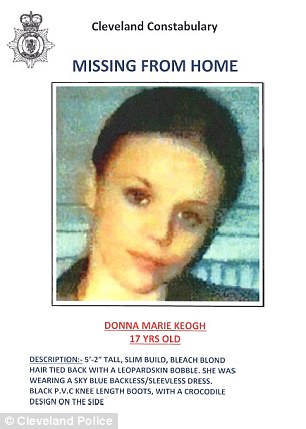 ‘Headed by Detective Superintendent Mick Hunt, the team are focused on locating Donna’s remains and finding out exactly what happened to her in 1998.’

Commenting on the case, Detective Chief Superintendent Jon Green said: ‘Donna was born in November 1980, the middle of three children. She enjoyed a happy childhood and was close to her family including cousins her own age. She had many friends both from school and her local estates and while at school she had dreams of following a family tradition in joining the military, showing a particular interest in the Navy.

‘At the time she went missing, which is believed to be sometime in mid-April 1998, Donna was living with her cousins at King House in Middlesbrough. A missing person enquiry was launched but the case has remained unresolved and is now being treated as a homicide. Donna’s body has never been found and we are appealing directly to anybody who knows where Donna is or knows what happened to her to help us now. We want to help give Donna’s family the answers and closure they so desperately seek.

‘Three generations of Donna’s family, from her parents to nieces and nephews who she never had the chance to meet still grieve her loss and 2018, the 20th anniversary of her disappearance, is a sad reminder for the family of the life that Donna could have had, but has devastatingly missed out on. We are appealing to the public to help end the nightmare which Donna’s friends and family continue to live with every day. We are appealing for help to find Donna.’ 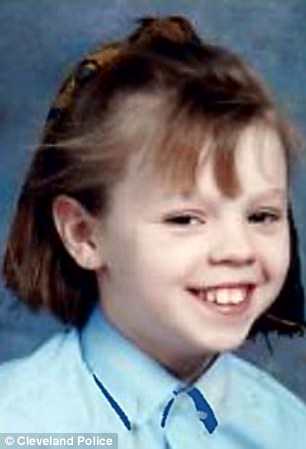 DCI Jo Green said: ‘Someone knows what happened to Donna. Many more people will have vital information about her which could help her family and friends reach some sort of closure. It has been too long, 20 years is too long for a family to live like this, please help us find Donna’

DCI Green added: ‘Someone knows what happened to Donna. Many more people will have vital information about her which could help her family and friends reach some sort of closure. It has been too long, 20 years is too long for a family to live like this, please help us find Donna.’

Police have asked anyone with information on Ms Keogh’s disappearance is asked to contact officers on (01642) 302527.

Witnesses can also leave an anonymous tip on the Crimestoppers help line  1800 555 111.

When can hairdressers open again in the UK? – The Sun

JJ Chalmers: Strictly 2020 contestant admits his wife has had the ‘hard end of the deal’