Islamic State cut a swathe through the Middle East, but at least one man survived without joining their ranks. 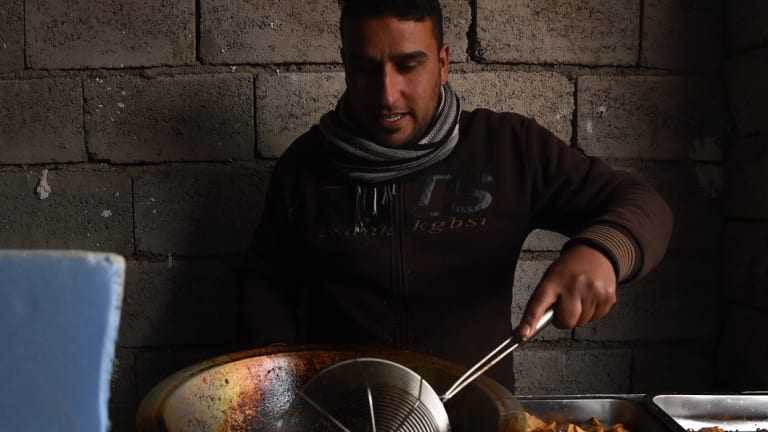 Considering his generous bulk just weeks after the streets of East Mosul were liberated in February last year, you might even say he thrived.

Othman Naufal sells shawarmas. And even bloodthirsty terrorists need to eat so, as the townsfolk around him starved, Othman carved meat at his roadside stall to the only people who had money: IS fighters.

We were there shortly afterwards and Othman sliced some for us. It was delicious.

Except in the most dire circumstances (Yemen's famine would be an example) in war zones and refugee camps across the world, as society descends into turmoil, there's always someone making and hawking food. 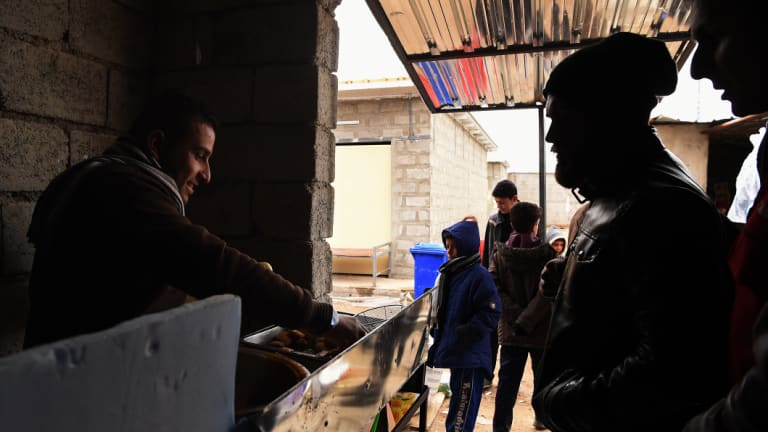 This particular falafel, served in in Daquq IDP camp in Kirkuk, is served in bread rolls with hot chips, tomatoes and onions. Credit:Kate Geraghty

In South Sudan the staple is a 'Rolex'. Not the overpriced wristwatch, but an omelette wrapped in a chapati (literally, Rolled-eggs).

A favourite of soldiers in Iraq at least, in summer, is watermelon.

We ate it as we took shelter from the airstrikes in West Mosul last year and watched an old man proudly sweep his stoop. We also delicately picked it off a proffered dagger as we stayed in a tent with Iraqi special forces.

And where two or more people gather across the Middle East, there are kebabs and shawarmas, and the staple of staples, felafels. 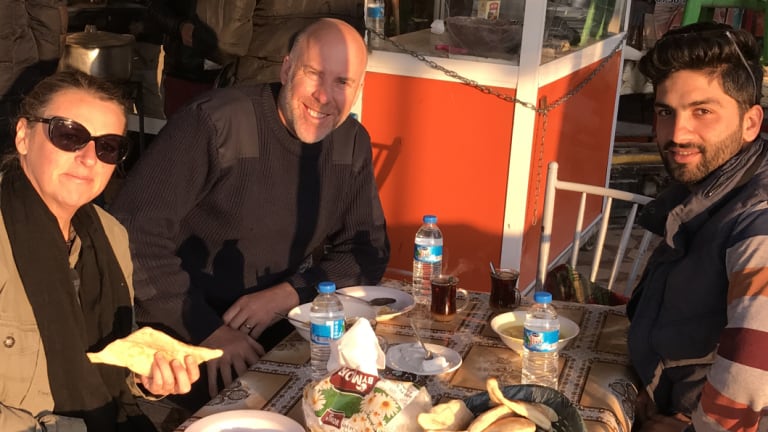 Kate Geraghty, Michael Bachelard and Halan Shekha having breakfast in what is locally known as Fish town in Northern Iraq in July 2017.

Despite briefings from over-zealous safety officers issuing warnings against eating the local food, I have sampled the sandwiches in refugee camps, tuckshops and roadsides from Mosul to Jordan and Lebanon where millions of refugees live, and many in Kurdistan.

You might find chips inside, or eggplant, pickle, beetroot, or even coleslaw. Onion is common.

Tomato is ubiquitous. Purple sumac comes separately. Many sandwiches include a sweet-sour brown sauce I have never seen in Australia. One recently had thin slices of lemon, rind and all. It was delicious.

There's a hot, dusty, camp for Syrians in Jordan that has a main street called the "Shams Elysee". Get it? It sells everything from haircuts and mobile phones to wedding dresses. And felafels, of course.

As we tooled around that camp, Zaatari, we were trailed by an annoying, government-appointed security guard. He never really introduced himself or said what he was doing.

But his presence did threaten to deter our interviewees from being frank about their conditions as guests of the king.

So we and our hosts from Oxfam shouted him an early lunch at the most excellent sandwich shop just near the main drag. The felafel itself (in this part of the world, they often have little holes in the middle, like miniature donuts) was crispy as it should be. It was made by a man who looked like this was his life's work. The surrounding roll and salad were juicy and fresh, if a little salty.

Our guard scoffed the sandwich then asked to be dropped back at the office, safely out of our way.

But the most succulent, well-marinaded and crispily barbequed sandwich I have found was the kebab I ate in the Basirma camp in the hills of Iraqi Kurdistan on a windy, rainy Friday afternoon in October. 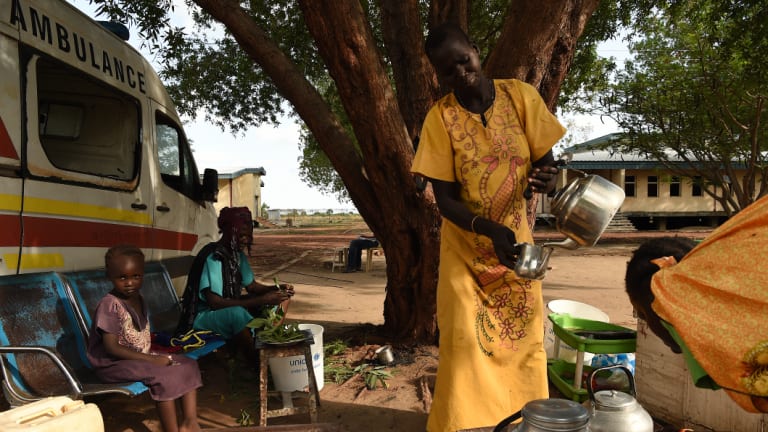 A woman prepares coffee at her stand at the Bentiu hospital in Bentiu, Unity State, South Sudan. Credit:Kate Geraghty

They might have been butchers by trade, but Raman and Aram know how to produce a snack. If you happen to be passing through, I can thoroughly recommend it.

Appendix: Coffee can be a problem in northern Iraq, where sweet tea is the drink of choice. So here's a summer-only recipe for combat coffee. Pour a generous serve of instant coffee into a small water bottle. Shake well. Place the bottle on the dashboard of the car or Humvee parked in the sun. Leave for 30 minutes to an hour. Be careful not to burn your lips.

Poundland is selling a copy of the Tangle Teezer brush … and yes, it’s only £1

Batwoman TV series with LGBTQ+ crimefighter to launch on The CW

Man creates an ‘optical illusion’ that will blow your mind