Enraged motorists blast everything from road rage to hard braking on rate-driver.co.uk, which is flooded with photos demonstrating dodgy road practice. 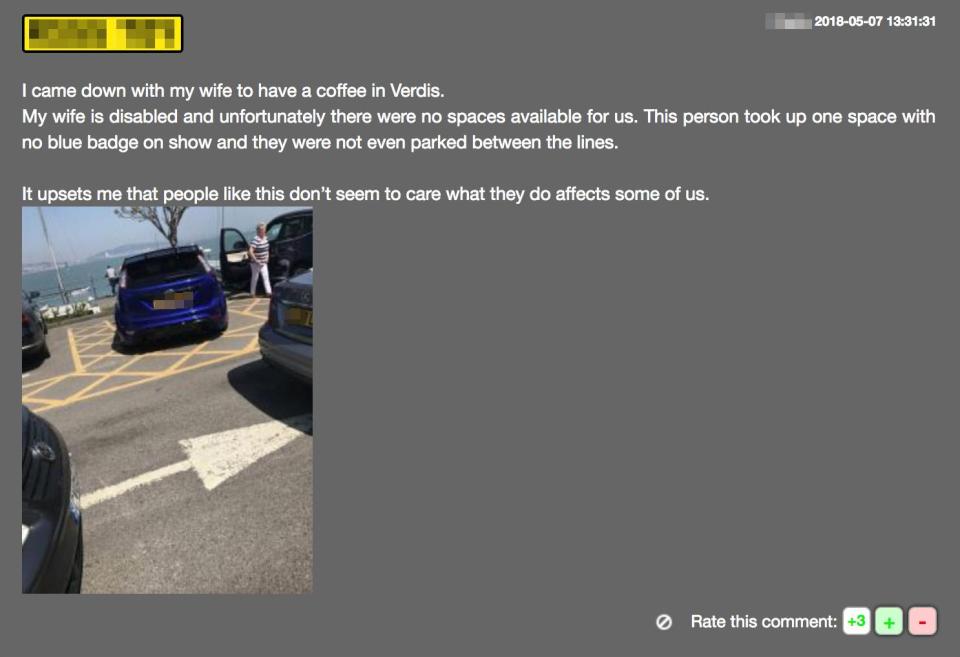 The site even has a monthly top ten to show the worst offenders – headed with their number plates.

More than 7,000 pages of pictures have been uploaded to the site, with dashcam footage playing a part in the rise of citizen surveillance.

Motoring groups have had mixed reactions to the shaming site, with RAC spokesman Simon Williams questioning whether one mistake should lead to public shaming.

He said: “While this website clearly has the potential to be misused through making unwarranted comments about law-abiding drivers, good drivers should have little to fear from being caught on another motorist’s dashcam. 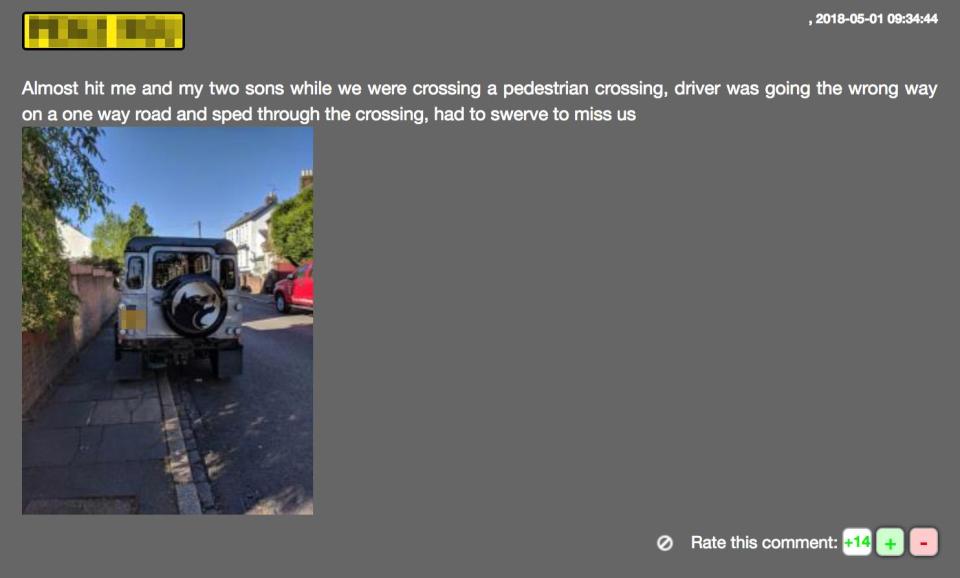 He added: “But it does seem wrong that one innocent mistake could lead to the driver in question being ridiculed on the web."

Thousands of the site's users were quick to question their fellow drivers – with few giving them the benefit of the doubt.

One wrote: “Complete tool! Driving down a straight road with literally miles to overtake and then decides to overtake on the approach to a village with a 30mph zone!

“Constantly tailgating on bends where I had to slow down. Just your general tit!” 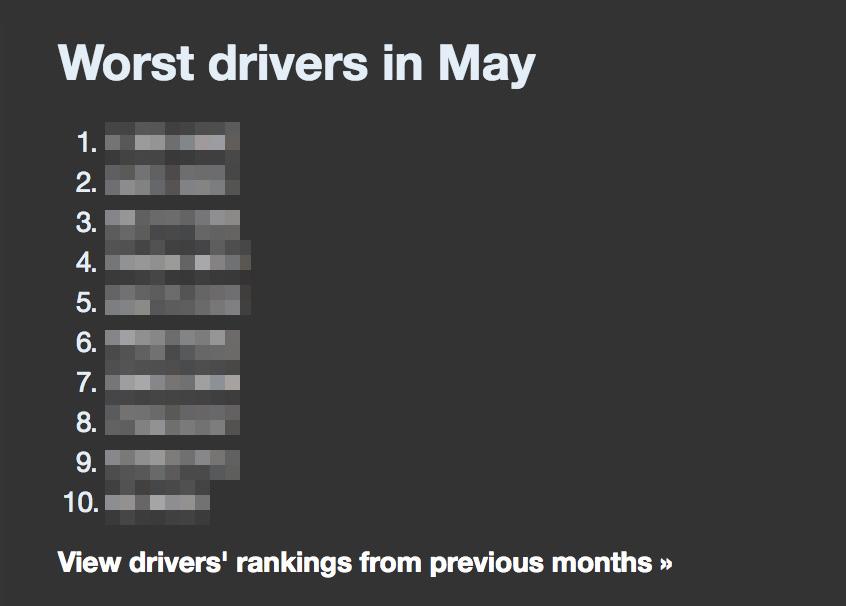 While another peeved motorist fumed: “Reckless woman, driving 60mph up the A41 with TWO phones. One held in front of her with her wrist on the wheel, the other in her left hand OFF the wheel.
“I hope the police get you.”

Others bemoaned able-bodied people using disabled spaces, saying: “This person took up one space with no blue badge on show and they were not even parked between the lines.

“It upsets me that people like this don’t seem to care what they do affects some of us.”

Despite the growing popularity of websites and Facebook groups shaming bad driving, the AA has cautioned against the legality of using them.

A spokesman said: “I would suggest that those posting footage might consider using YouTube’s masking tool for number plates, particularly for video where someone may have been hurt or the victim of circumstances beyond their control.”

He said: “Dangerous driving is a daily scourge on our roads, endangering all road users.

“We don’t endorse websites such as rate-driver.co.uk and instead urge the public to report illegal driving behaviour to the police, so that official action can be taken."

Martin Scorsese May Retire After ‘The Irishman’

'Black Widow': Are Action Scenes the Key to a Successful Solo Film?

People Now: Jersey Shore Cast Reveals the First Thing Mike 'The Situation' Will Do When Released from Prison – Watch the Full Episode