A POLICE officer was caught on camera appearing to put his own baton in the hand of a black man during an arrest at the George Floyd protests in Philadelphia.

Footage appears to show the protester being wrestled to the ground by a cop while another runs over with his baton in hand. 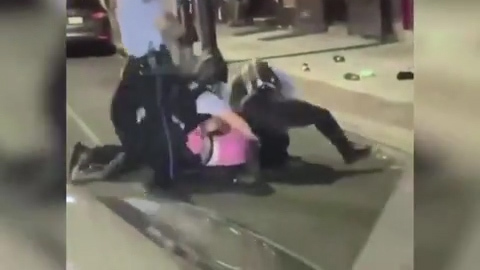 As the officers scuffle with the man, the baton-wielding cop appears to drop his weapon on the ground before grabbing the protester's hand and forcing it on top of the stick.

The officer, with his knee seemingly on the back of the protester's neck or head, is then seen to punch the man in an apparent attempt to disarm him. 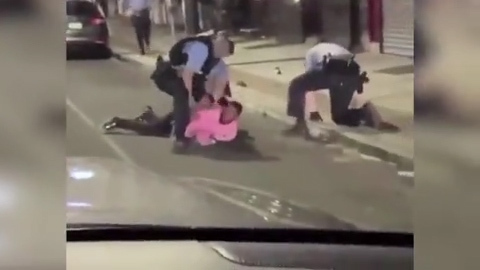 The clip was apparently filmed by a woman who can be heard screaming as reinforcements arrive and warn her to back up, while wielding a Taser.

The footage was posted on Twitter on Monday morning, where it was viewed more than 700,000 times.

It is not clear what happened before the incident was recorded on camera. 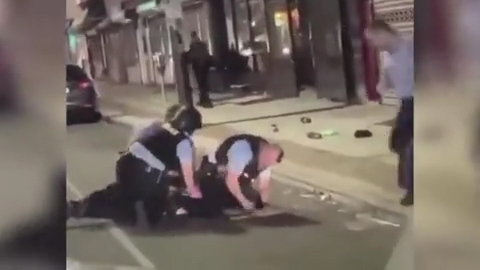 The incident came as officials in Philadelphia closed off much of the center of the city Sunday after peaceful protests over George Floyd’s death turned into a night of destruction.

Store windows were smashed near City Hall, merchandise was taken from stores and police and other vehicles and structures were set on fire.

But people were running into multiple stores in Northeast Philadelphia, well outside the city center, and emerging with merchandise as disorder continued for a second day elsewhere in the city. 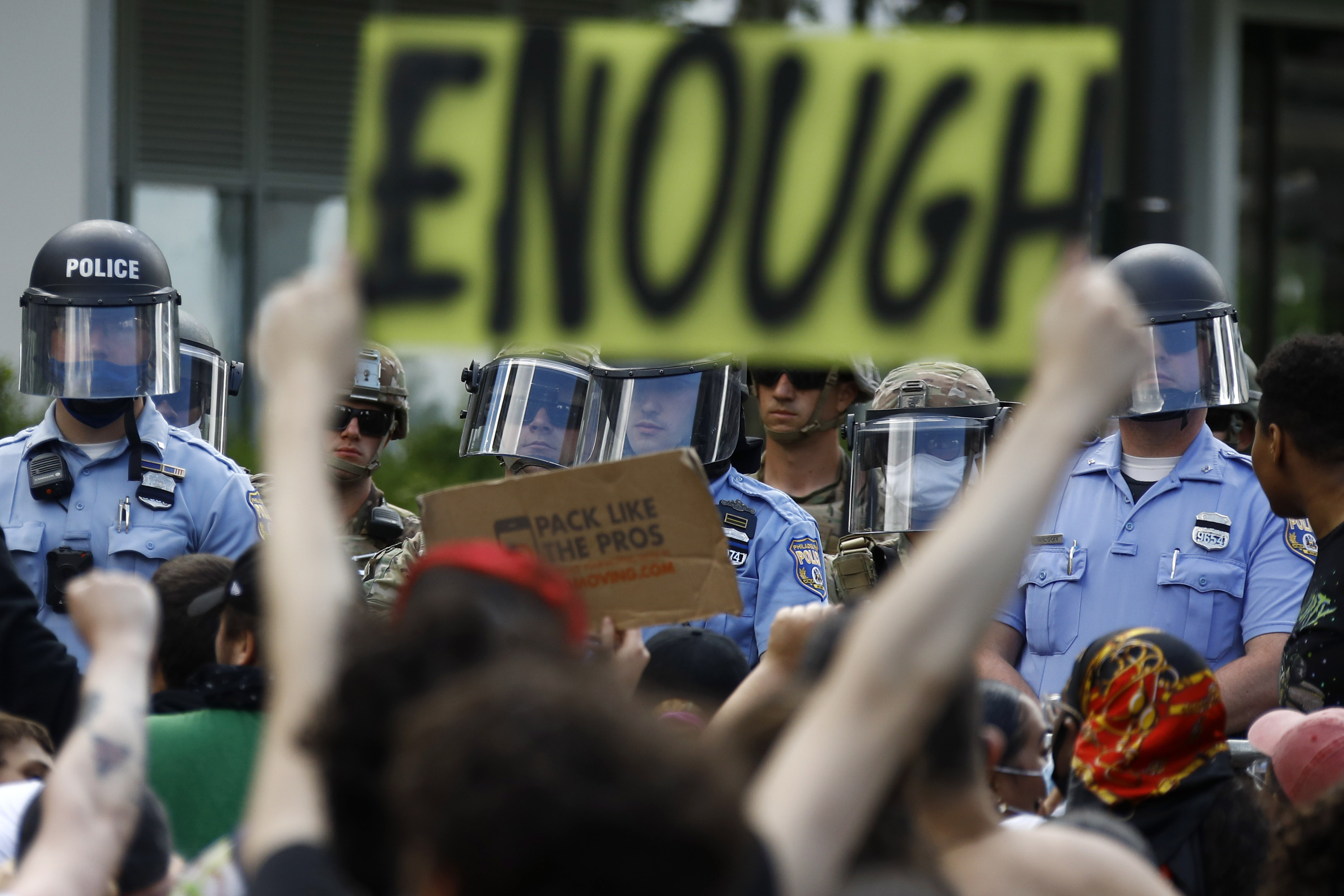 In West Philadelphia, a predominantly black neighborhood also far from the city center, police fired tear gas, people were seen running from at least one store with goods and other police cars were ablaze or otherwise damaged.

Video from the scene shows people smashing police car windows, rifling through the empty vehicles and pushing the cars into others.

There were at least 10 additional arrests Sunday, bringing the total to more than 200. 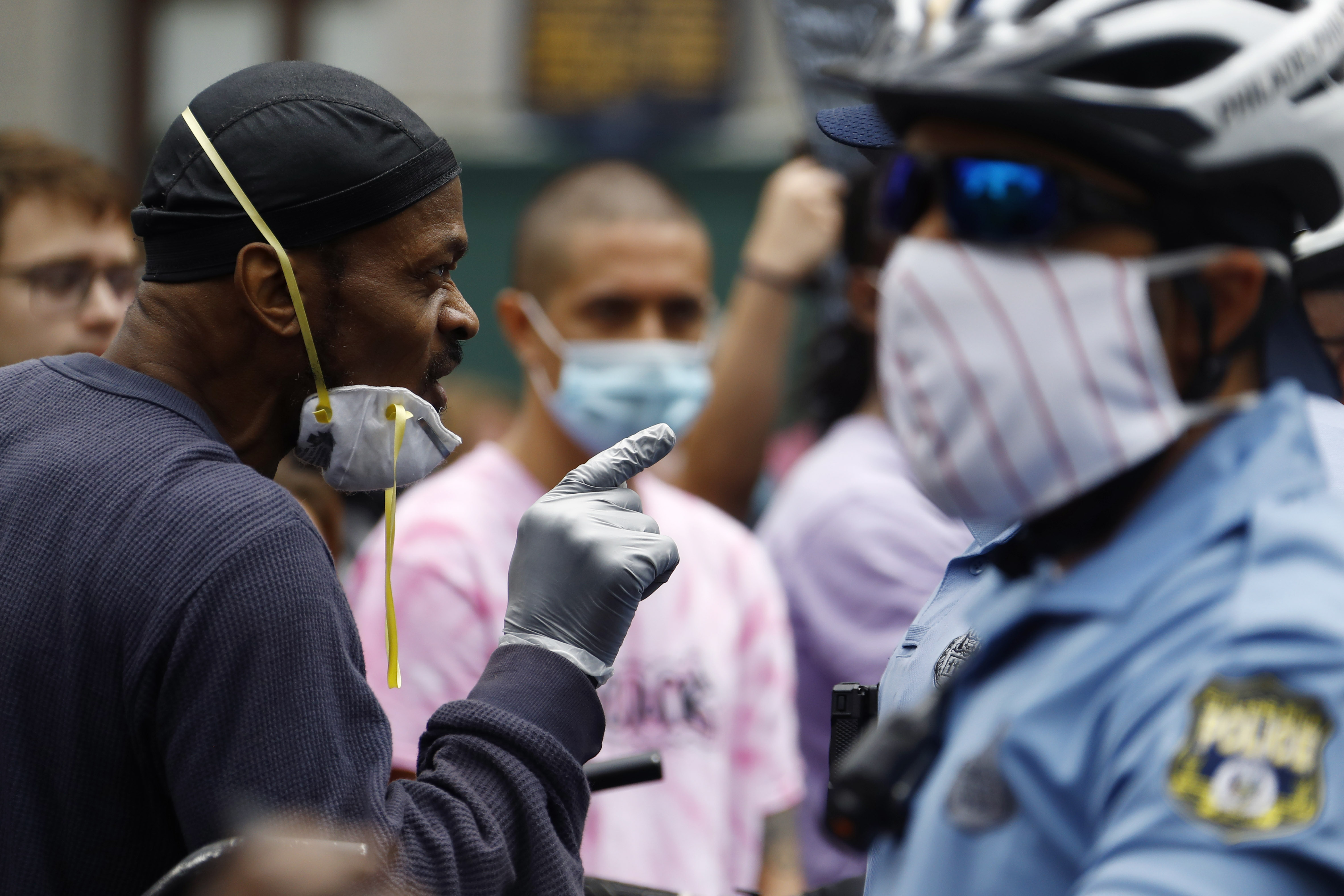 Downtown, business owners, workers and volunteers got to work sweeping up broken glass and boarding up broken windows even as people could still be seen emerging from broken-into stores carrying bags.

Crews were also cleaning up anti-police and other graffiti scrawled on the walls of City Hall.

Mayor Jim Kenney said the destruction in Center City “saddened and disappointed me beyond words, and I’m sure it saddened every Philadelphian who takes pride in their city.”

He said those responsible “not only desecrated private businesses, they also desecrated the important message that was heard in the earlier peaceful protests.”

Police Commissioner Danielle Outlaw, the first black woman to lead the department, said many of those responsible for injuries, vandalism and fires weren’t acting in alignment with the peaceful protesters but with the intent to destroy “and quite frankly, those folks didn’t look like me.”

“So to hold up a “Black Lives Matter” sign and then use the destruction that they were committing in the name of Black Lives Matter is not only a slap in the face but is completely a setback for everything that’s been accomplished by those who have been working to improve civil rights over the many many decades and those of us who are working internally to do our part to fix the issues within the criminal justice system,” she said.

Thirteen officers on Saturday were left with injuries such as chemical burns, broken extremities and head injuries, with one still hospitalized after being struck by a vehicle. 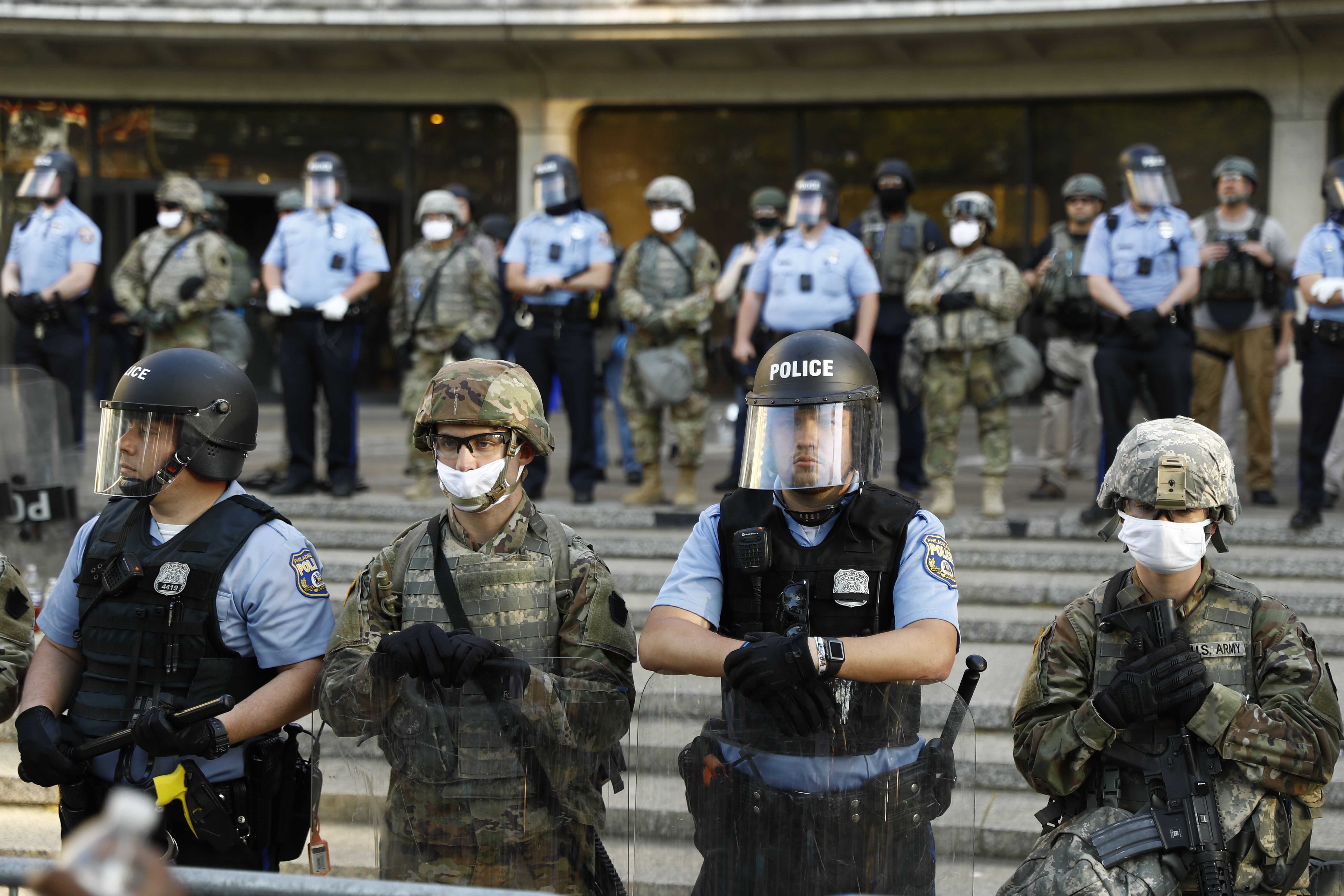 WCAU-TV showed live aerial shots for more than an hour Sunday afternoon of people running from store to store in strip malls in northeast Philadelphia’s Port Richmond section, emerging with armfuls of merchandise as police units tried to keep up.

President Donald Trump tweeted later Sunday afternoon: “Law & Order in Philadelphia, NOW! They are looting the stores.” He called for the National Guard to be deployed.

Randy Padfield, director for the Pennsylvania Emergency Management Agency, said earlier Sunday that the National Guard are on on standby if its assistance is needed.

Abernathy said the National Guard would be deployed to protect sensitive areas of the city, which would allow city police officers who are currently doing that to respond elsewhere.

The mayor said the city would accelerate plans to move a statue of former Philadelphia Mayor Frank Rizzo that was sprayed with graffiti Saturday by protesters who also tried to topple it and set a fire at its base.

He said officials hoped to move it in “another month or so.” A few dozen city and state police lined up in front of the statue Sunday.

Rizzo, mayor from 1972 to 1980, was praised by supporters as tough on crime but accused by critics of discriminating against minorities.

His 10-foot-tall (3-meter-tall) bronze statue outside the Municipal Services Building, across from City Hall, has been defaced before and was to be moved next year.

Similar protests, many of which began peacefully and turned violent late Saturday, have been happening throughout the country in response to Floyd’s death.

Floyd, who was black, died Monday after a white Minneapolis police officer pressed his knee on his neck until he stopped breathing.

My first date on the new ‘Tinder for threesomes’