CONCERNED cops found two young children with no seatbelts on while a car seat was dumped in the BOOT of the vehicle travelling down the M62.

The black Ford was initially pulled over by police because the car did not have a registered keeper before they made the shocking discovery. 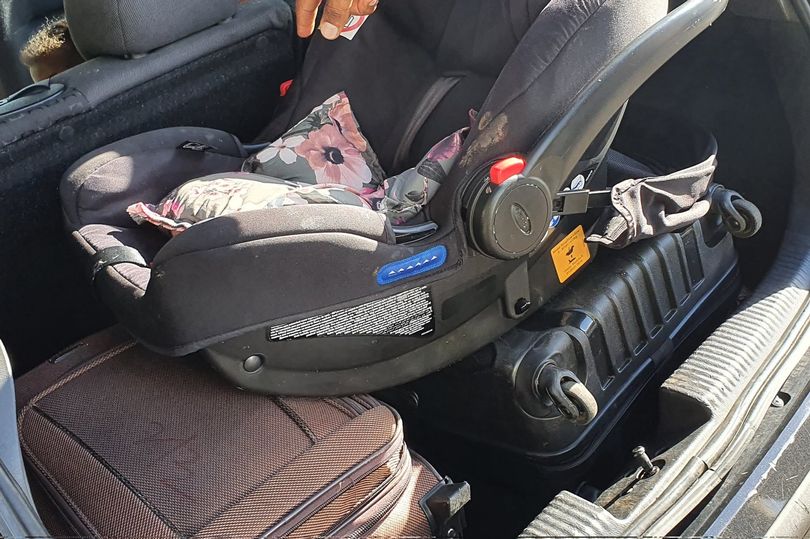 A child's car seat was then discovered in the boot of the car on top of two suitcases.

The force shared the terrifying seating arrangement for their travels on social media, slamming the driver's "worrying" conduct.

"This car was stopped on the M62 as the vehicle didn't have a registered keeper," they wrote in a tweet.

"Rather worryingly two young children (4 & 3 years) were found sat on
the rear seats without child seats or seatbelts.

"One child seat was found in the boot!"

This type of offence can see motorists slapped with a £100 fine.

Children must travel in the correct car seat suitable for their height or weight until they reach 135cm tall or turn 12 years old – whichever comes first.

The incident sparked a wave of anger from social media user, who hit out at the parents "selfish behaviour".

One wrote: "Treating your children in the sam way you would your luggage is beyond contemptible."

Another added: "This behaviour is why I get so angry! No respect or care for their own children as well as others.

"Such selfish behaviour is unfortunately common place these days.

"We should all be more thoughtful. It takes no time or effort to think
about others."

Others called the unsafe seating as "unbelievable" and "irresponsible".