A 'DANGEROUSLY overloaded' pick-up truck piled high with junk was stopped at a petrol station today.

And astonished cops discovered the driver behind the wheel only held a provisional licence – and hasn't yet passed a test. 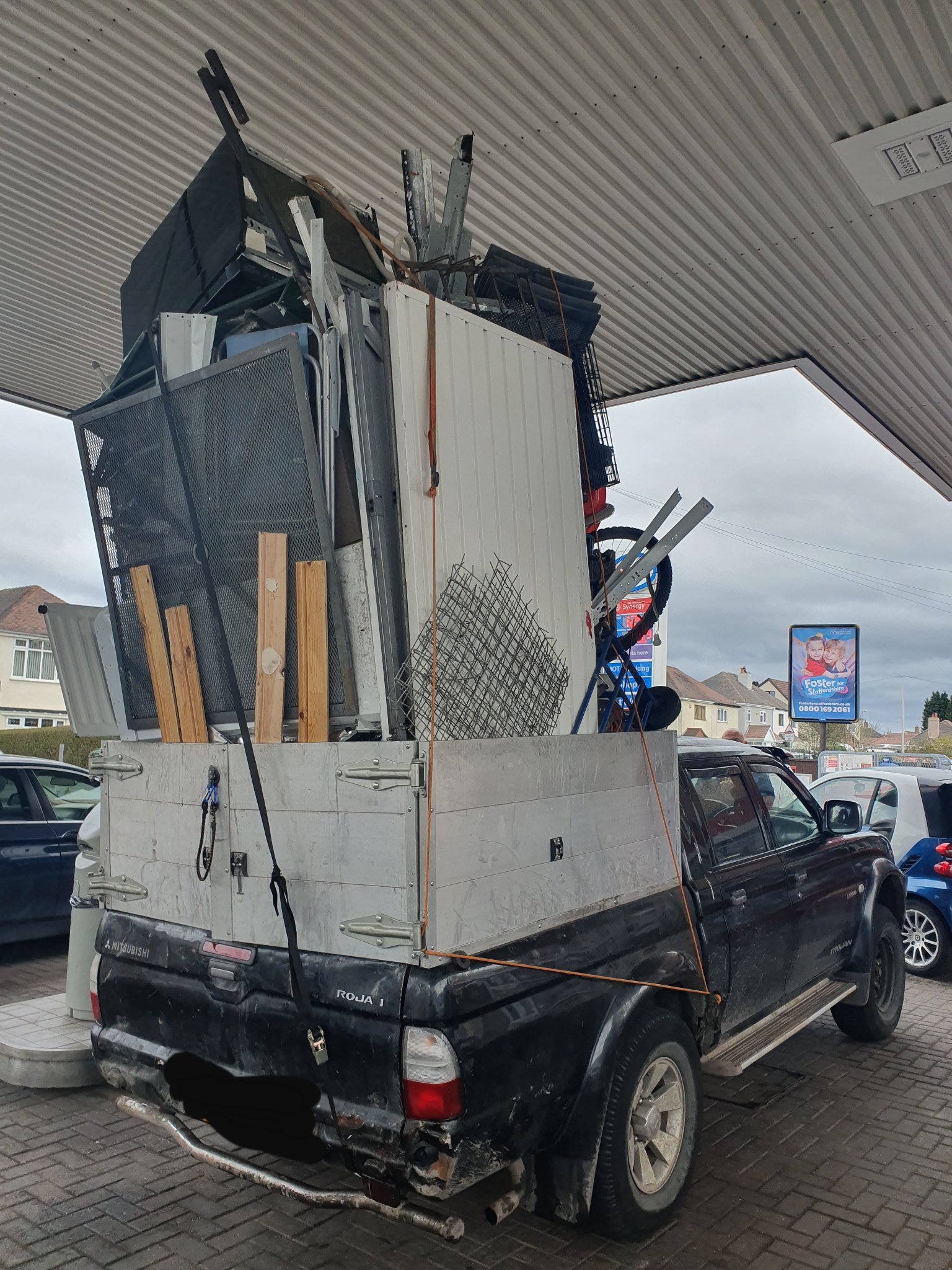 Officers shared pictures of the Mitsubishi on social media with the caption: "Just when you thought you'd seen it all."

The vehicle made quite the spectacle – as it was loaded with a teetering tower of junk some 15 foot tall.

The mountain of wooden slats, plastic chairs, ripped-out radiators and even a bike was piled so high it almost grazed the roof over the petrol station forecourt.

And the pile was precariously secured with just cords – making it a worrying journey for motorists driving behind.

Officials from the Central Motorway Police Group covering the West Midlands said they had a call to Cannock today to give "a bit of advice with this one".

"It was being driven by a provisional licence holder," an officer said.

"Just when you thought you had seen it all."

The cop then followed the post with hashtag #dangerouscondition. 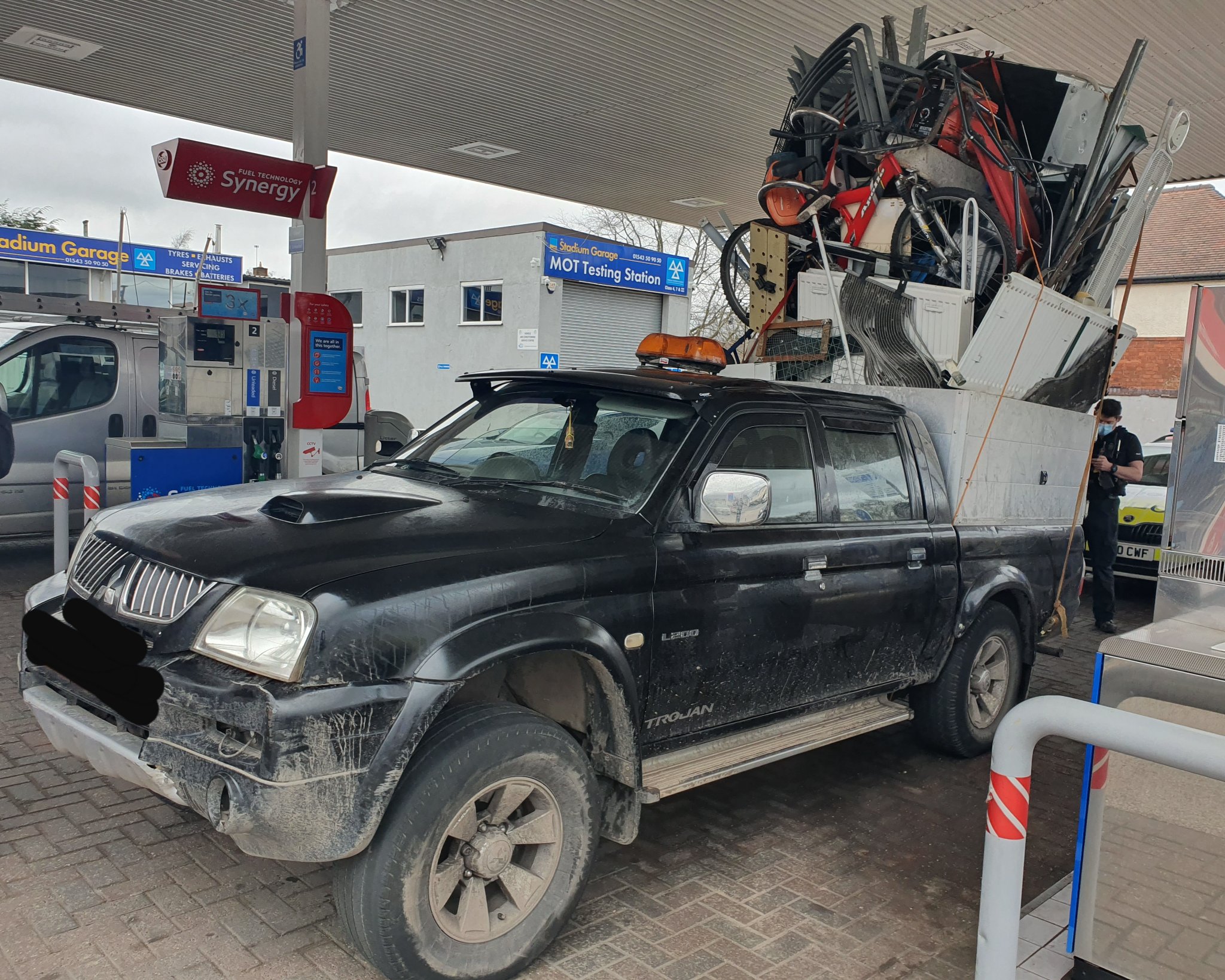 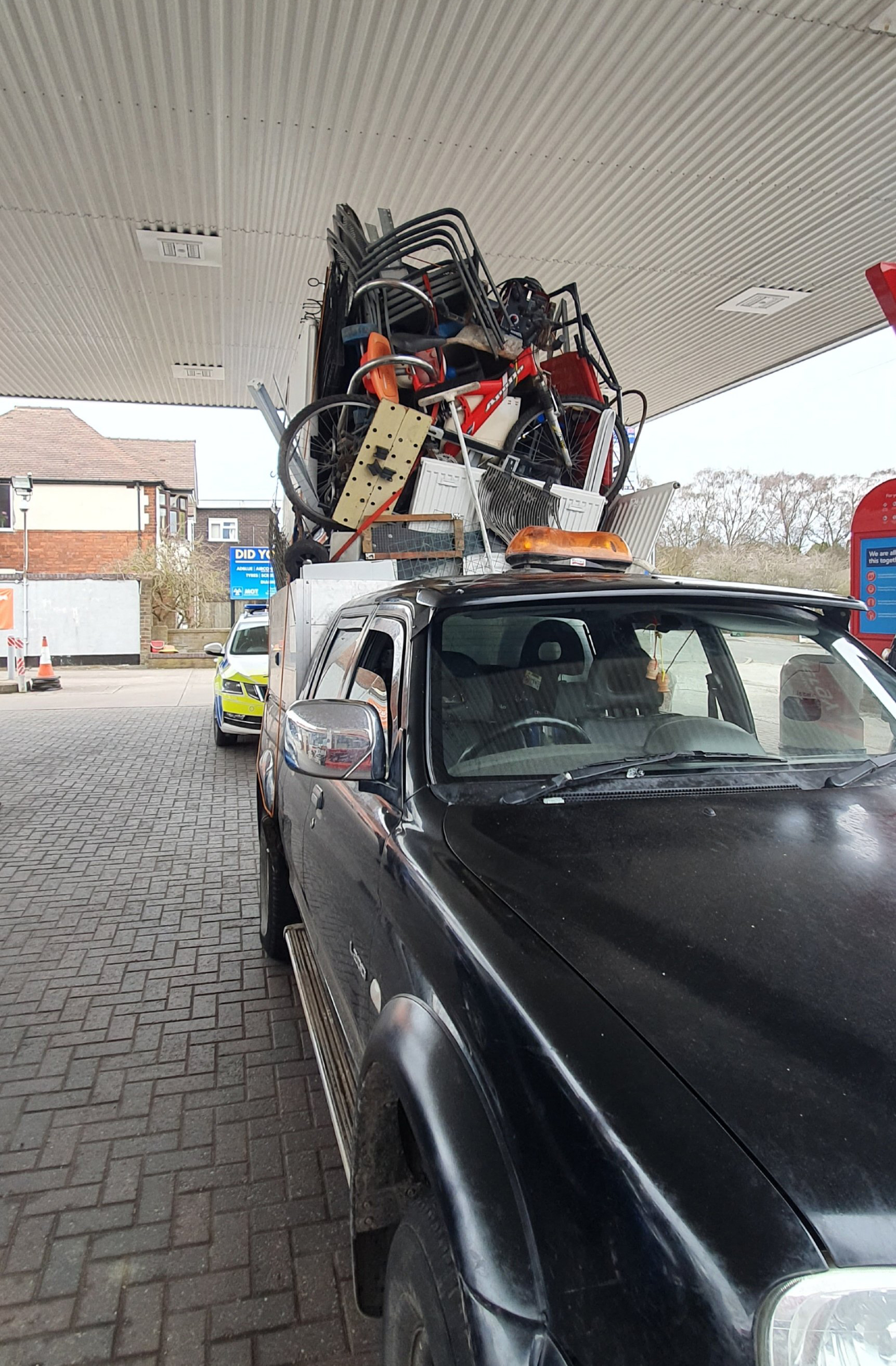 One joked: "Don't know if I should be, but I'm impressed with his stacking and packing skills there."

A second said: "Never in a million years.

And another said: "How the hell did they even stack this?

"Imagine playing them at Jenga."

Owners of seriously overloaded vehicles can face a range of penalties.

If a vehicle is overweight by more than 30 per cent, the driver could be taken to court and fined.

Drivers of vehicles kept in a dangerous condition can be fined or even banned from the roads.

Officers from the roads team were called out to the overloaded vehicle as an unexpected addition to their day.

Earlier this morning, they told Twitter followers they'd be focusing on drivers who hog lanes – and warned anyone caught would be prosecuted for driving without due care and attention and fined.

They warned: "Use the left lane unless overtaking."

Last month, a speed camera van driver was filmed scrolling through Facebook while driving at 60mph.

The private security worker was spotted with one hand on the wheel and phone in her lap.

And last year, an 11-year-old boy was pulled over by cops – after his family gave him a driving lesson to stop him playing on the PlayStation.

Officers caught the youngster behind the wheel in a car park in Blackpool, with a family member reported for traffic offences. 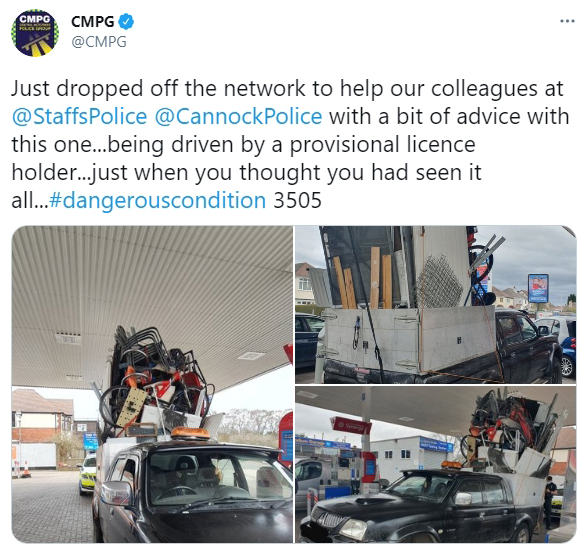 Coronation Street confirms an off-screen death for a former character