This Morning presenters Holly Willoughby and Phillip Schofield fear they are in danger of being struck down by coronavirus after learning that their boss’s wife Fiona Phillips has fallen victim to the illness.

The former GMTV presenter, 59, revealed late on Friday night that she has the virus, tweeting: ‘I am in bed with #coronavirusuk.

‘It’s not a very pleasant bedfellow, but nothing more than sore throat, dry cough, headache & tiredness. As long as it stays that way… DON’T panic!’ 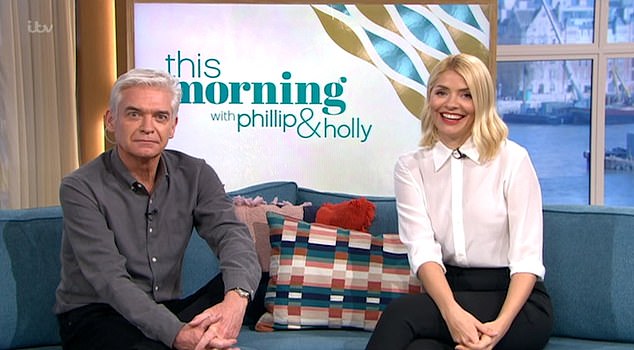 Hours later an email from the ITV show’s chief Martin Frizell told staff that he was taking two weeks off because of the diagnosis, sparking more alarm.

A source close to the show said the entire 40-strong staff on the show were in a state of panic, fearing for their health and that of people who have recently appeared on the show.

Staff are so fearful because Frizell, 61, who is described as ‘a very hands-on editor’, spends a lot of time in the studio and conducts long debriefs with presenters at the end of the two-and-a-half hour show, including with Miss Willoughby, 39, who is said to be ‘petrified’ of being struck down with the illness.

Last Monday night, she walked out of filming for the ITV2 show Celebrity Juice after host Keith Lemon came down with coronavirus symptoms. It is now understood that the mother-of-three is considering what further precautions to take. 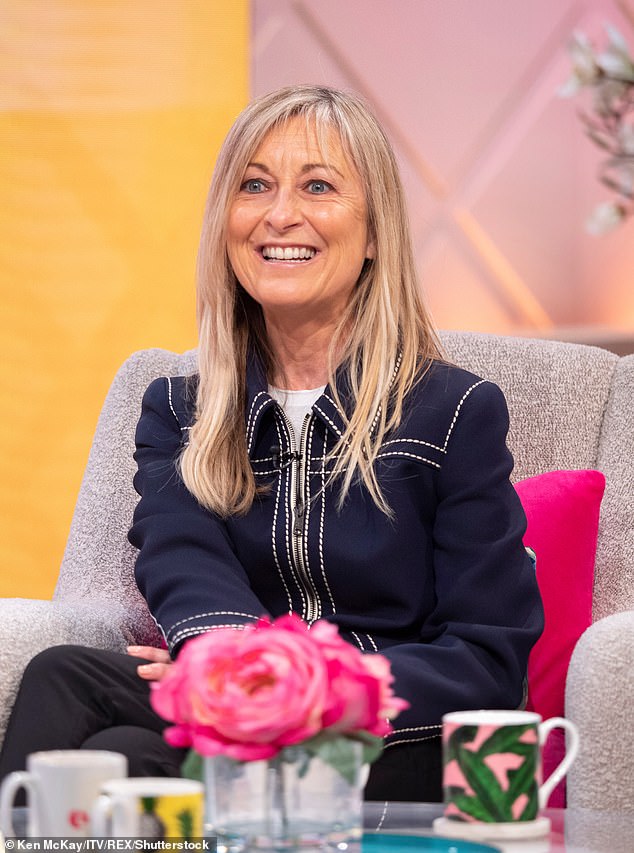 Fiona Phillips, 59, (pictured) revealed late on Friday night that she has the virus, tweeting: ‘I am in bed with #coronavirusuk’

Mr Frizell had insisted that it was acceptable for guests to appear in the studio, including Stanley Johnson, the 79-year-old father of Prime Minister Boris Johnson, who took part in the show’s newspaper review on Tuesday – three days before Ms Phillips announced she had Covid-19.

ITV is so worried about the virus spreading that it is believed to be moving the show to another studio while the usual base is deepcleaned.

A source said: ‘The staff are terrified after getting the email from Martin. ‘He was in every day until Friday and he spends a lot of time in the building. He is extremely hardworking so goodness knows where this has spread to and who has got it.

‘There is sheer panic now. Martin gets involved in everything. He talks to all the staff, presenters and some guests.

‘The very fact he was there until Thursday has thrown everyone into chaos.

Hours later an email from the ITV show’s chief Martin Frizell (pictured) told staff that he was taking two weeks off because of the diagnosis, sparking more alarm

‘All of last week he has carried on having guests on the sofa, while, for example, Good Morning Britain hasn’t had any visitors in the studio. They appeared on Skype instead.

‘Stanley Johnson was on the show last Tuesday morning. He is 79 years old, what a huge worry that is.’

Mr Frizell, who took the helm at This Morning five years ago following a brief spell as editor of ITV’s all-female chat show Loose Women, told staff he would now be communicating via Google Hangouts, an online video forum.

In his email, he joked: ‘This is the first time I’ve been on television for years.’

An ITV spokesperson said: ‘Martin hasn’t shown any symptoms and is following government advice by staying away from others.

‘We are following advice from Public Health England.

‘We have constant deep cleaning and there is now a skeleton staff on This Morning.’

Taylor Swift’s Fans Have Decoded Her Clues – Here’s the Answer!