Coronvirus cases RISE in England for first time in a month: Lockdown effects wore off within a week of it ending as infections surged to 567,300 led by a spike London, ONS figures show

The number of people with coronavirus in England surged by 86,000 in the second week of December, statistics show, confirming that it took just days for the effects of November’s lockdown to wear off after it ended.

An Office for National Statistics today estimated that 567,300 people were infected with the virus by December 12, up from 481,500 a week earlier.

The number marked the first time in a month that infections had risen after restrictions were tightened across the country to try and control the second wave.

These rules worked for a while, with ONS figures showing that total infections plummeted by almost 200,000 in the space of a month from a peak of 654,000, but cases are now rising again in the run-up to Christmas.

But a huge spike in cases in London, where the infection rate has doubled in just three weeks, has dragged the infection rate up again, along with rising numbers in most other regions of England. The North West and Yorkshire and the Humber – worst-hit at the start of the second wave – were the only regions where cases fell in early December. 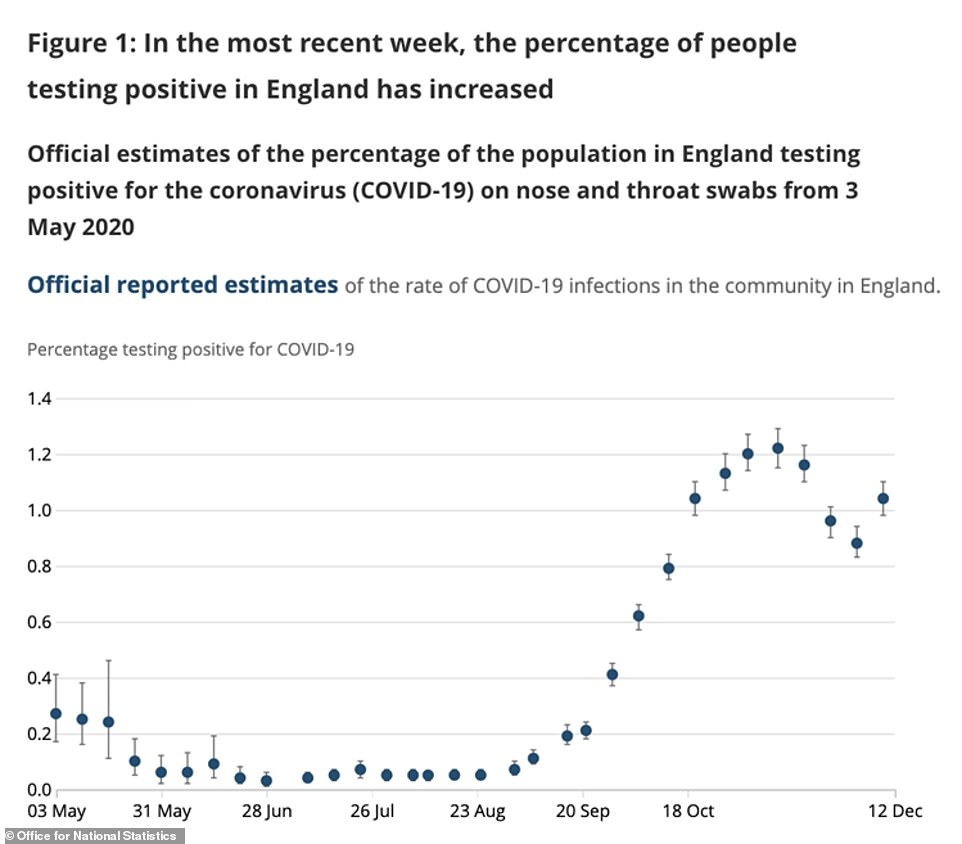 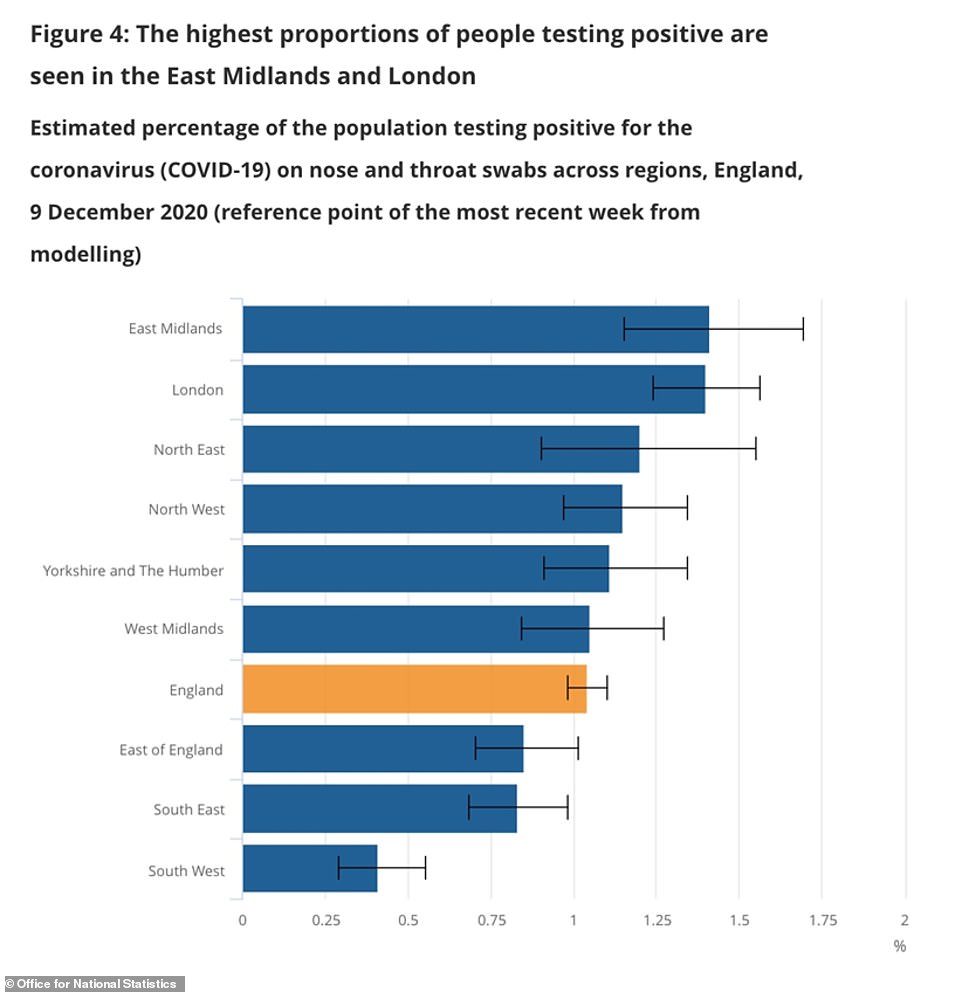 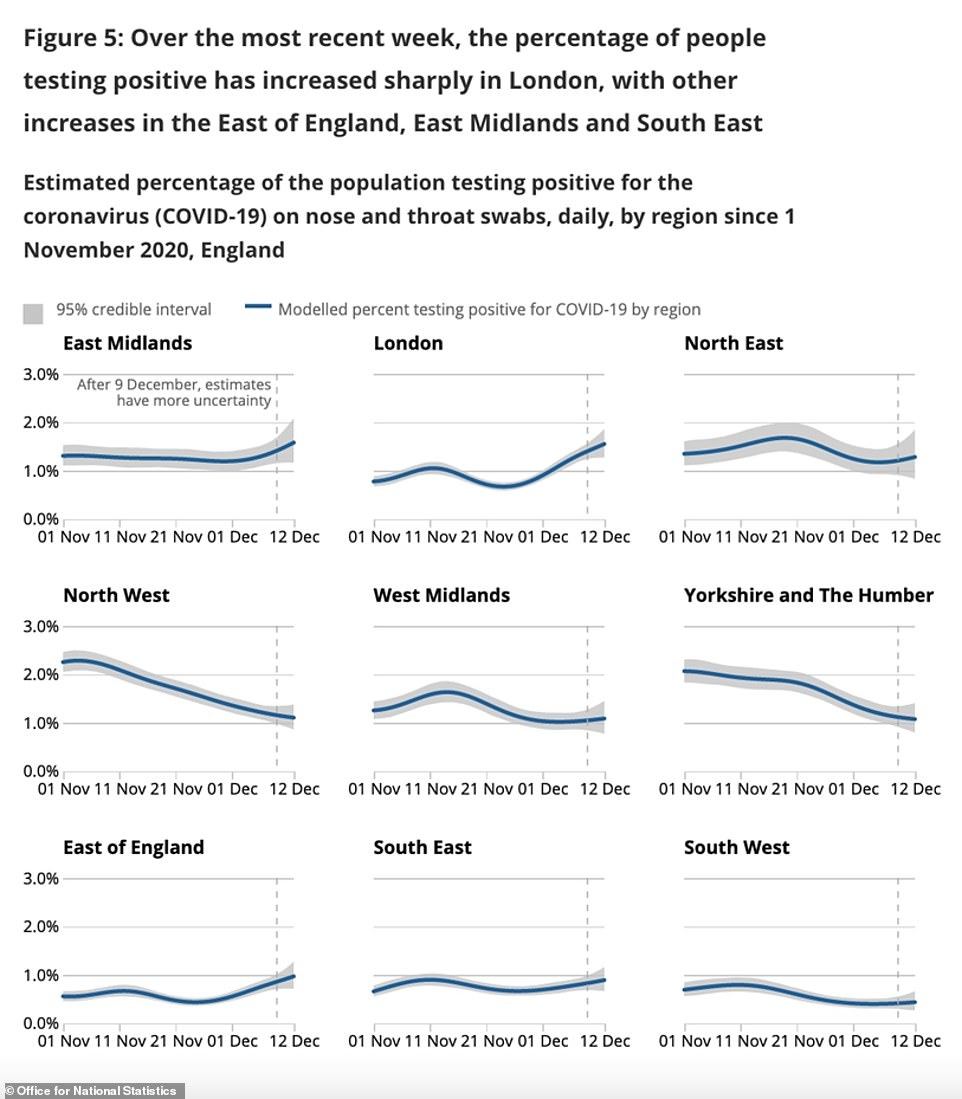 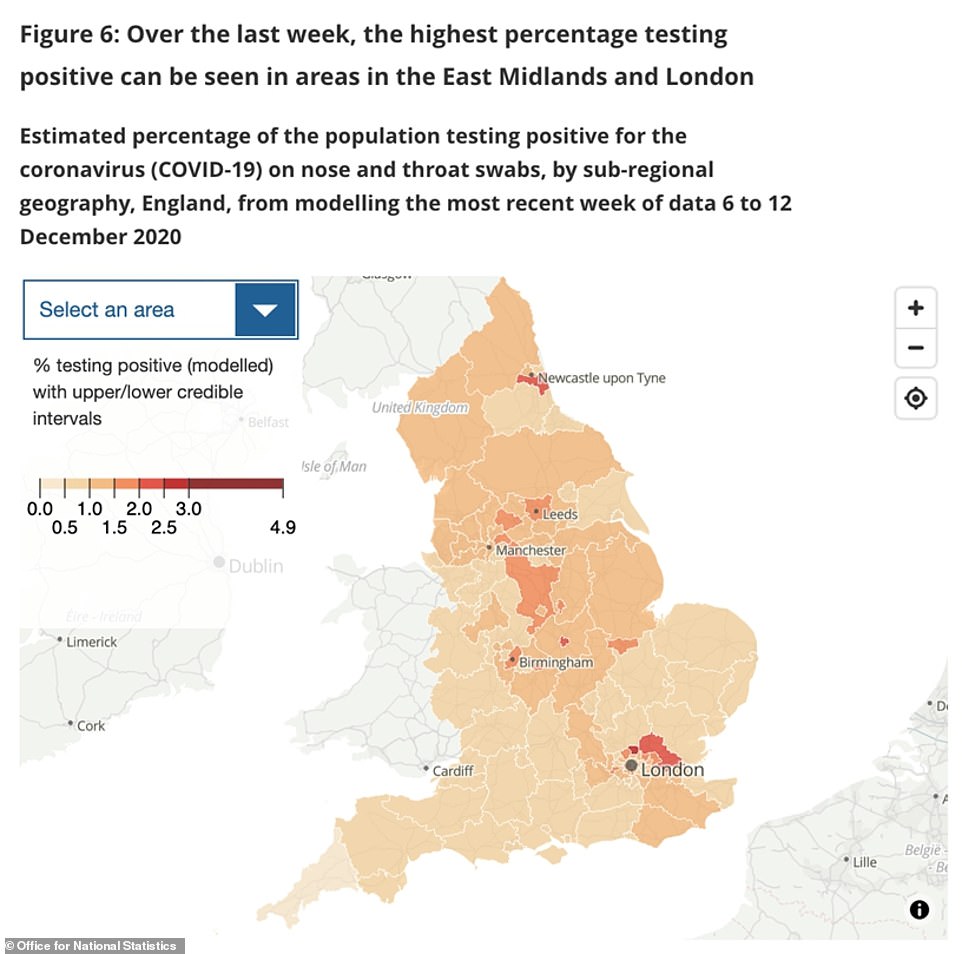 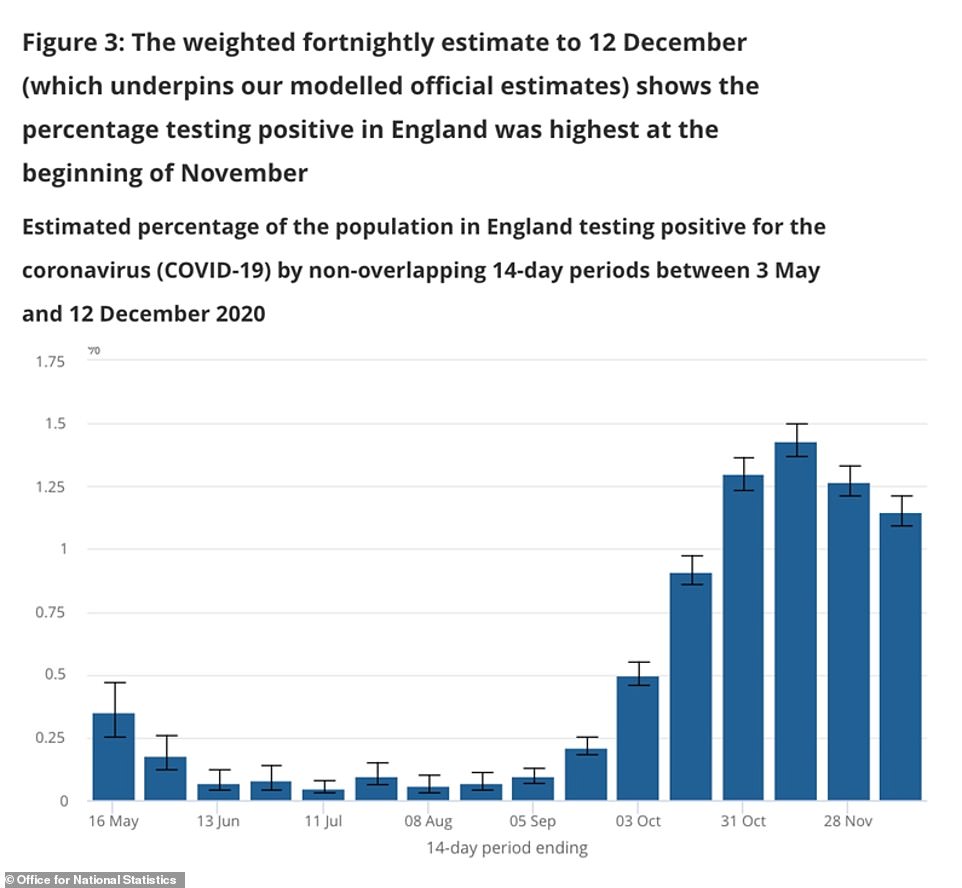 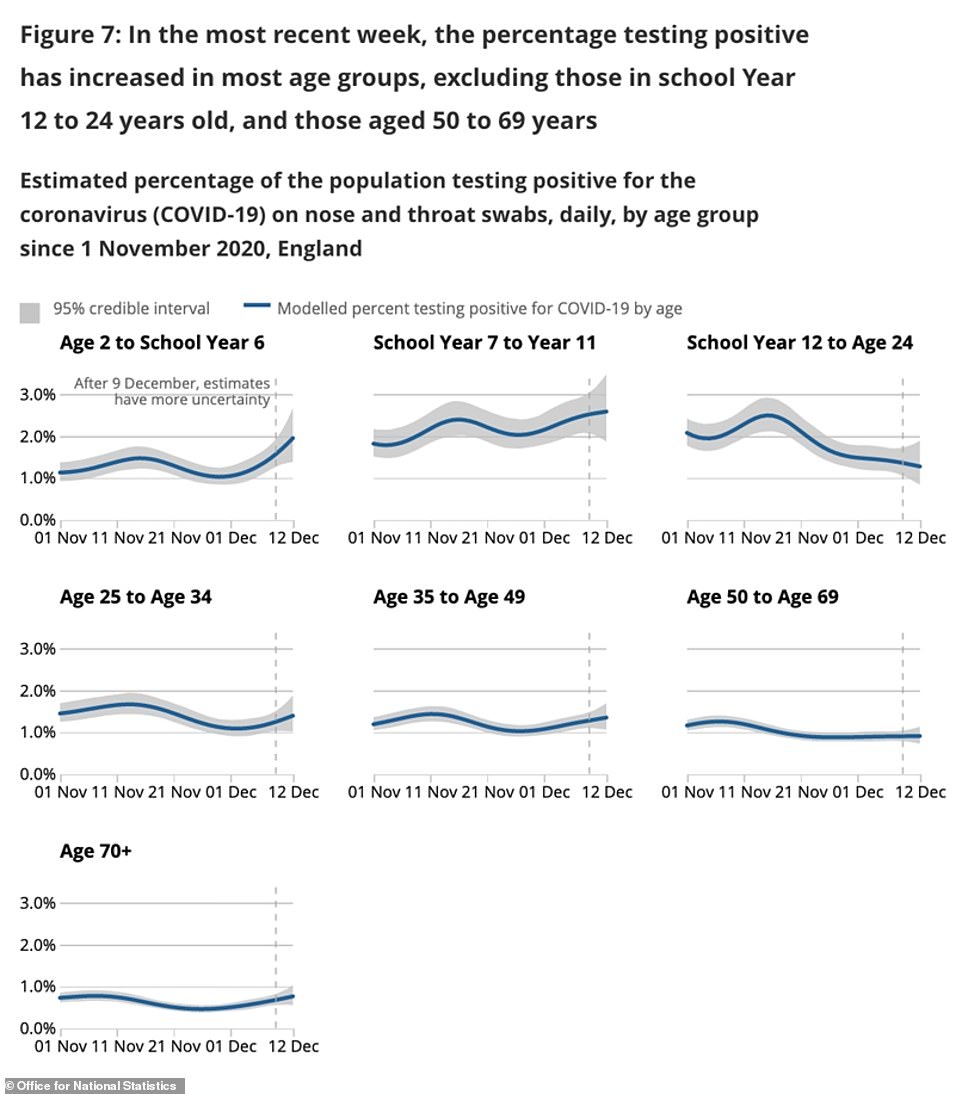 The Real Reason Jinger Vuolo Kicked Coffee to the Curb