A hunt has been barred from a traditional St Ives festival after a council ruled that residents no longer wanted it in their town.

For centuries, town and country have come together in West Cornwall to mark the town’s annual Feast Day.

And for decades the local Western Hunt has been high on the guest list of organisations invited to take part. Traditionally, members of the hunt, which dates back to 1820, have met in the Royal Square at 11am, enjoyed a drink from the Stirrup Cup offered by the mayor, before setting off with hounds and horses.

But the St Ives town council decided last week the hunt was no longer welcome. 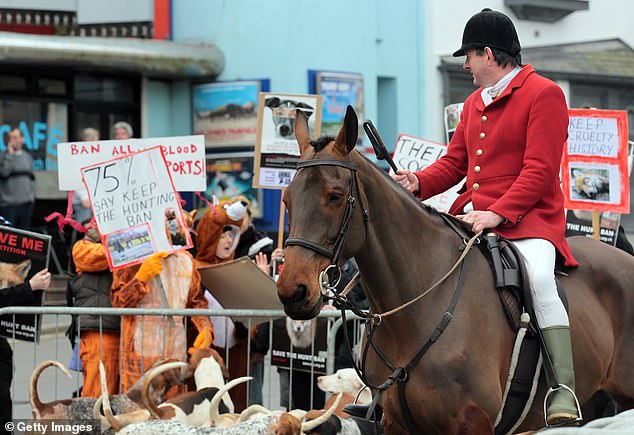 Responding to a recommendation from its community and environment committee – which described hunting as an ‘anachronism’ – the council agreed that the invitation should be withdrawn.

The committee said ‘the character of the parish had changed from one dominated by a rural economy to one where most people no longer wished to have the hunt in the town’.

The annual St Ives Feast Day celebrates the consecration of the parish church of St Eia in 1434.

The St Ives website describes the event as ‘boisterous.’

It goes on: ‘participants attempt to win the ball off each other around the town. Whoever returns the ball to the mayor on the steps of St Ives Guildhall on the stroke of midday receives a silver coin.’

Feast Day celebrates the consecration of the Parish Church of St Eia in 1434.

It starts with the mayor’s civic procession and includes the presentation of pennies to children under seven. 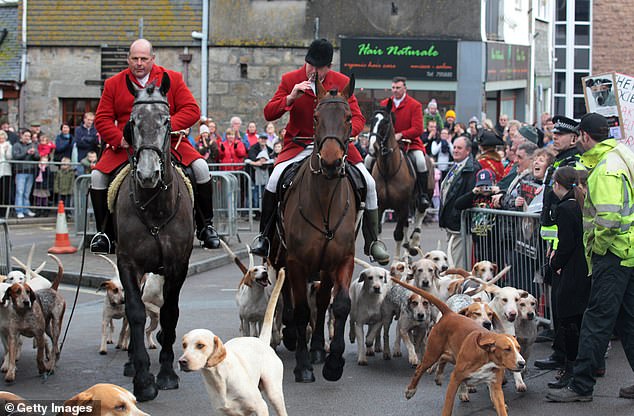 The decision to end association with the hunt marks a change in council policy regretted by at least two members.

Councillor Kenny Messenger and Councillor Joan Tanner, asked that their votes against the withdrawal of the invitation be noted.

The council’s minutes read: ‘The Committee Chairman reported that the committee had concluded that hunting is outdated and inhumane, and had concerns about reports that trail hunting generally has led to harm to animals.

‘It was stressed that the council had not been made aware of any such concerns in relation to the Western Hunt.

‘She said that the ban would be consistent with the Council’s Animal Charter and the decision to replace animal fur with faux fur on the civic robes.’

New on Netflix this week: all the new TV shows available to watch right now

Kate Spade's Original Bag Will Never Go Out of Style