Bollards put in place to encourage social distancing in a high street in Wales have been removed after shoppers tripped over them and broke their bones.

Rubber kerbs and bollards were lined down the high street in Llangollen, north Wales, but they sparked a row with the local council after traffic cameras captures a spate of falls in the area.

One incident left a 72-year-old man with a broken arm, while others have reported broken noses and damaged knee caps. 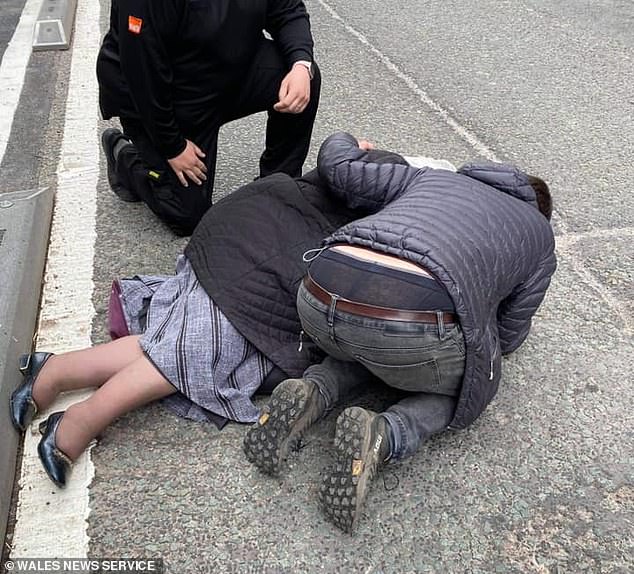 Alan Hughes had been crossing the road when he tripped over one of the bollards, breaking a small bone in his left arm.

‘It still hurts now,’ he said. ‘They don’t them on the other side of the road, it doesn’t make sense.

‘I’ve heard of other people falling over them and they should be removed.’

Keith Wilson, 52, described the bollards as ‘hardly visible and an absolute death trap’ after falling over one and landing heavily on his knee.

One elderly shopper was also taken to hospital after tripping over the bollards.

Shop owner Sian Glynne-Jones said that people have been lucky not to have been killed.

‘So far people have been lucky, and there and have been no deaths of people being hit by traffic,’ she said.

‘But any one of these elderly people could die as a result of these falls from complications.’

A petition was launched calling on Denbighshire County Council to remove them, and work is now set to take place to replace them with more visible planters. 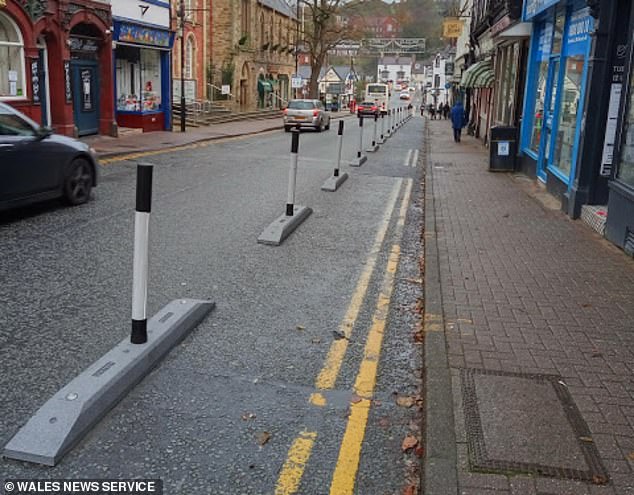 Councillor Stuart Davies, of Llangollen Town Council, set up the petition amid fears it was ‘only a matter of time before somebody is killed.’

A spokesman for Denbighshire County Council said: ‘Following concerns raised by the public, the decision has been taken to remove the rubber kerbs and accompanying bollards.

‘These will be replaced with planters which are approximately 3ft high. The planters will help to maintain sufficient pavement width for social distancing purposes.

‘White lines have also been recently painted between the road and area of widened pavement.’

Daily Chinese Horoscope Saturday February 20: What your zodiac sign has in store for you today