Within minutes of the contest being declared at 7.30am, No10 loyalists and Brexiteer rebels began trading blood-thirsty blows. 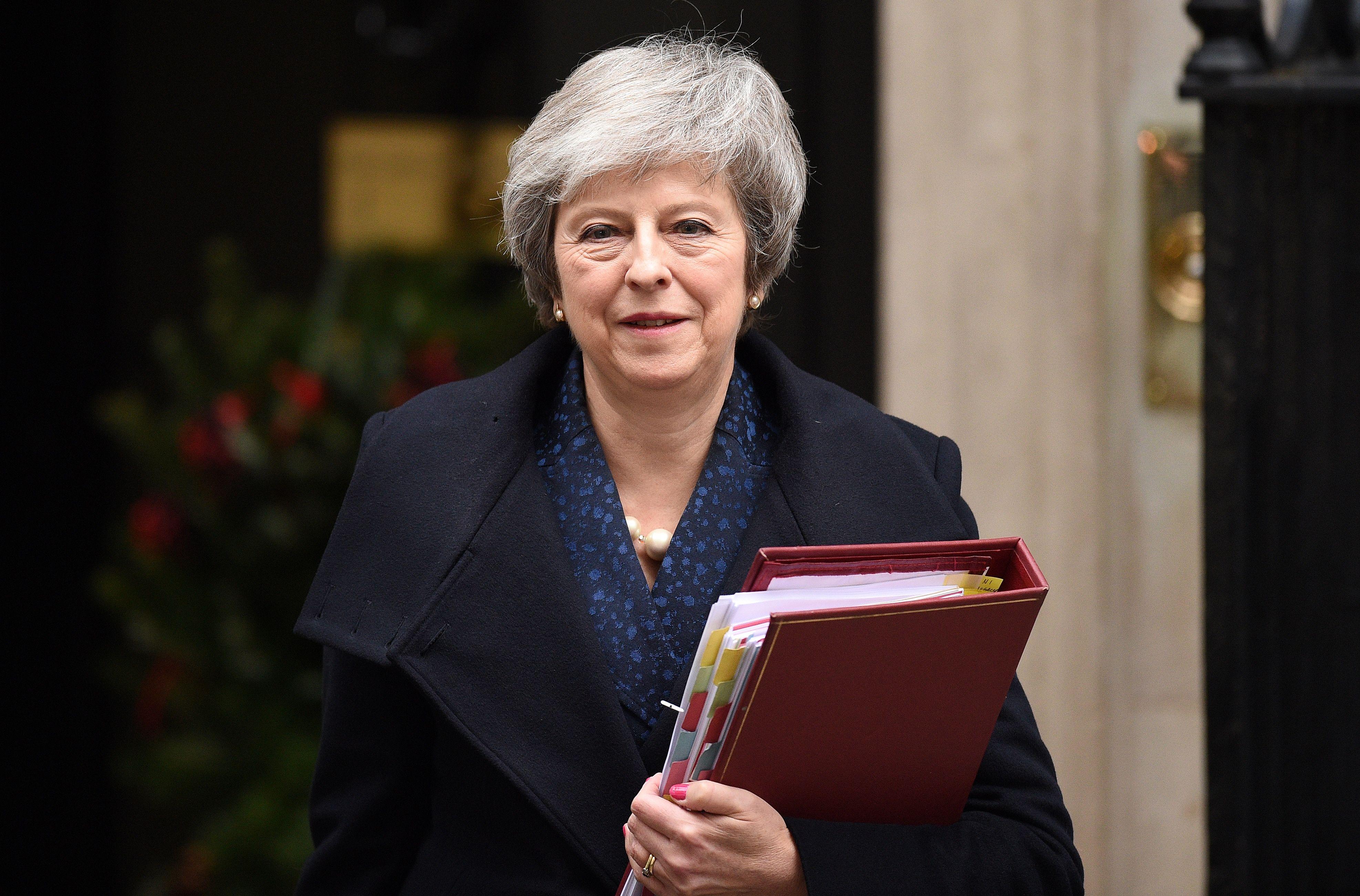 Chancellor Philip Hammond declared the moment had come to “flush out the extremists”, words that infuriated hardline Brexiteers.

Another pro-No10 senior Tory insisted the day was “all about putting a stake into the heart” of the European Research Group, who had tried to coordinate the putsch to oust the PM.

The ERG – led by Jacob Rees-Mogg – retaliated by naming its operations room yesterday as ‘the Kill Zone’.

In a bitter personal blow to Mrs May, the room emerged last night to be the large Commons office of former Tory leader and her long standing friend Iain Duncan-Smith. 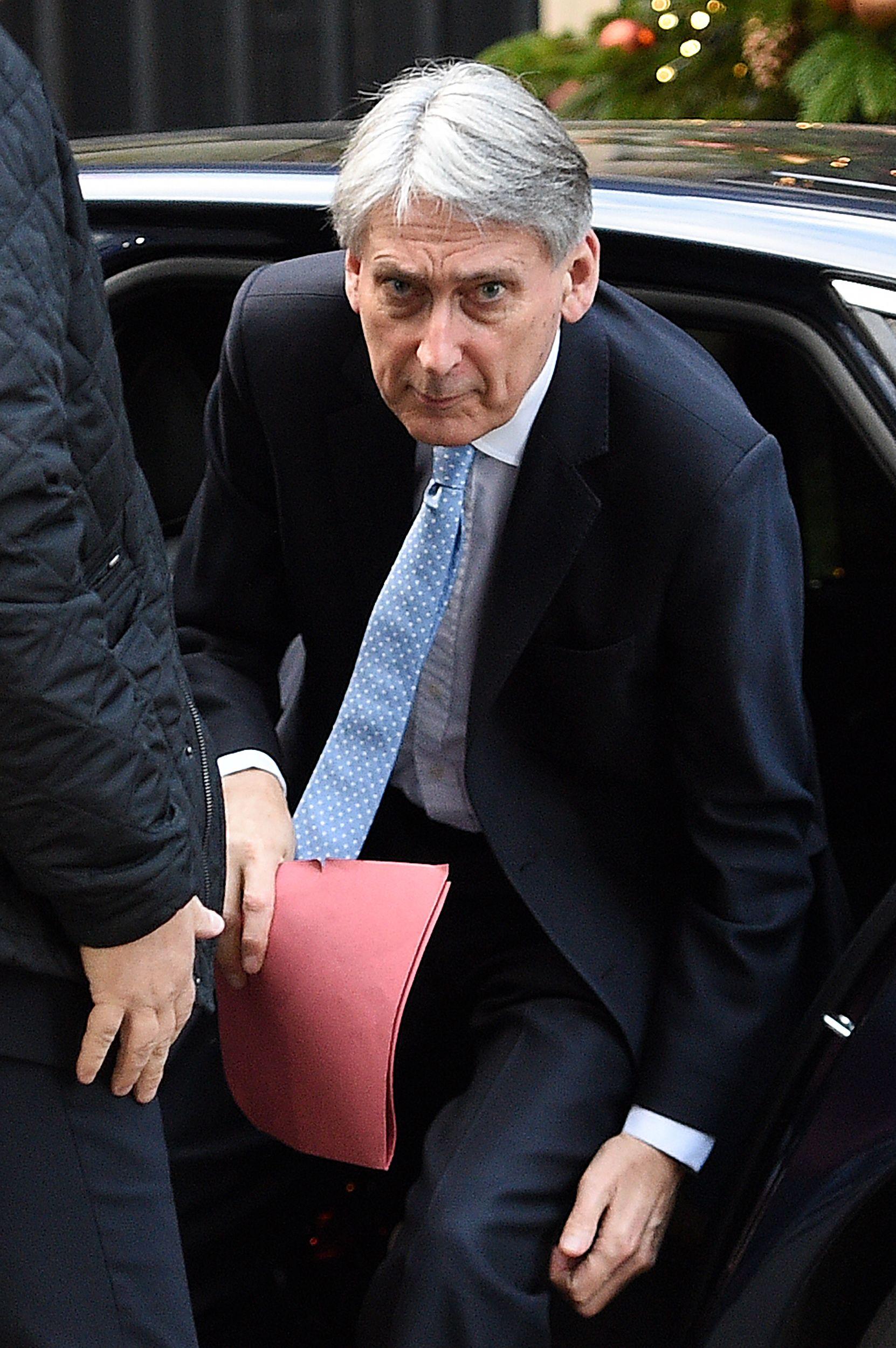 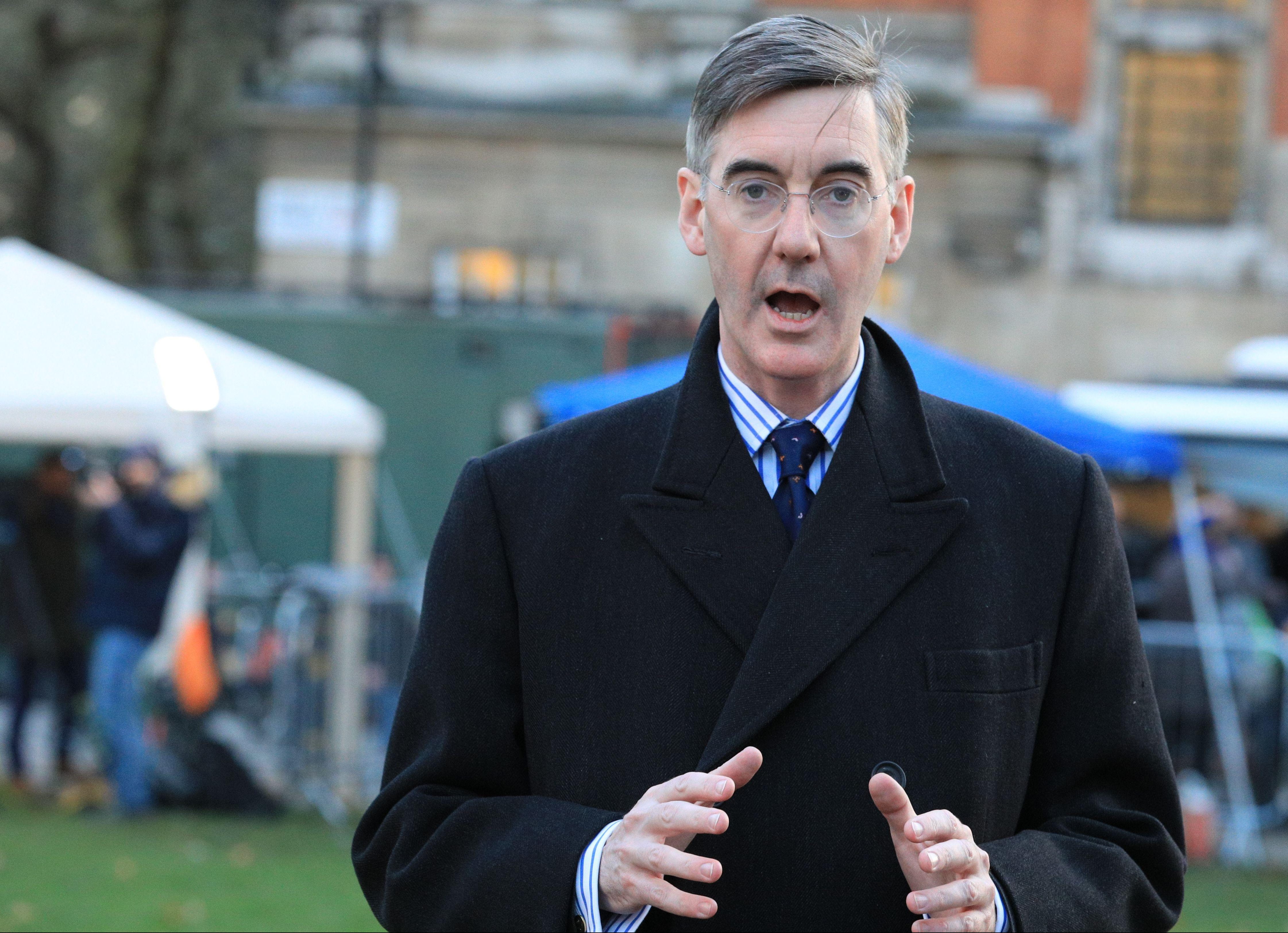 Glum Tory grandees last night said the intense battle will do nothing to end the Commons deadlock for passing Mrs May’s Brexit deal, or any alternative to it.

The ugly fighting lead some to question the party’s future.

One Cabinet minister said: “I don’t see how we put the pieces of the jigsaw back together again after this.

“The blood is too bad, the polarities are too extreme. It is no longer a functioning party that any is able to lead, let alone Theresa.” 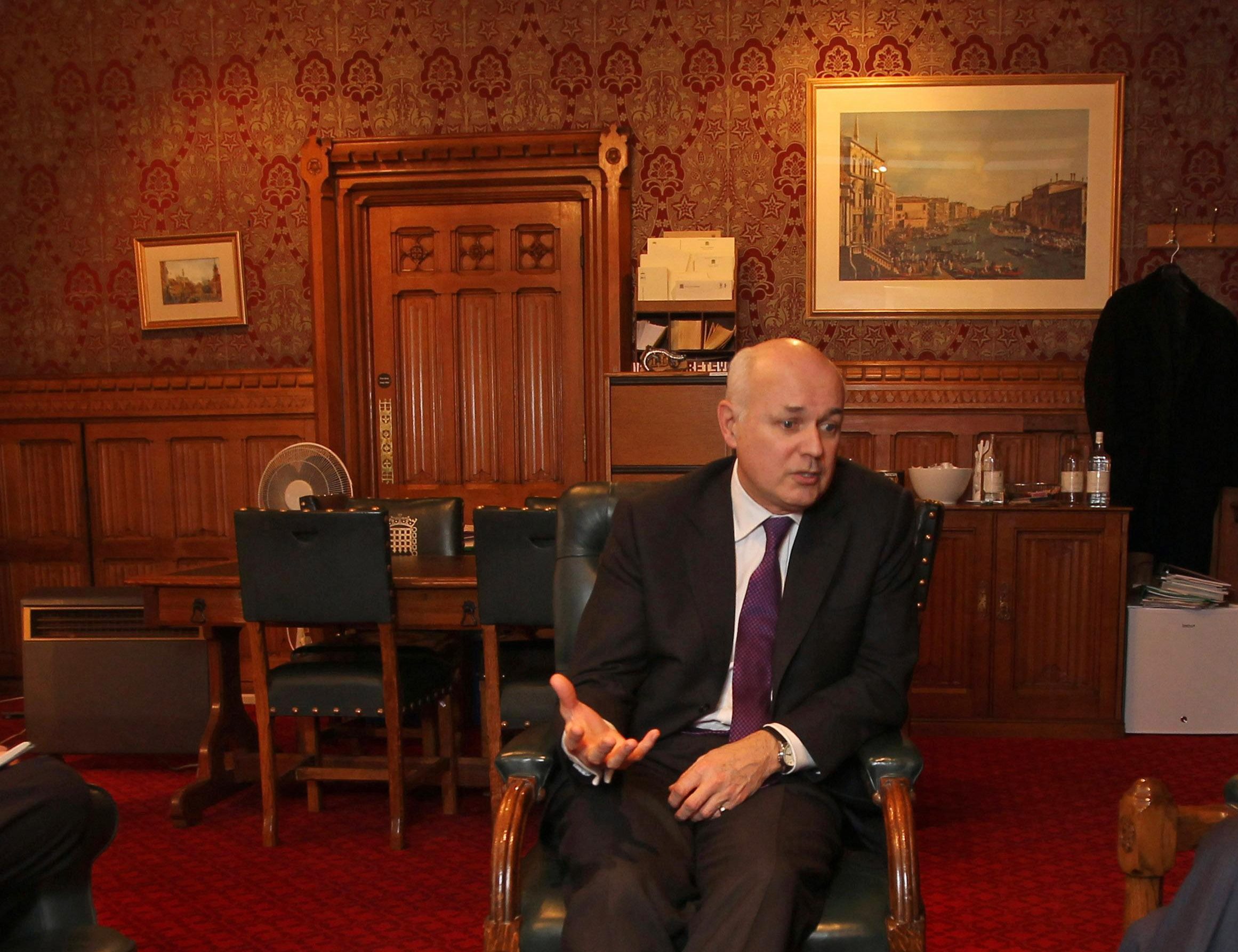 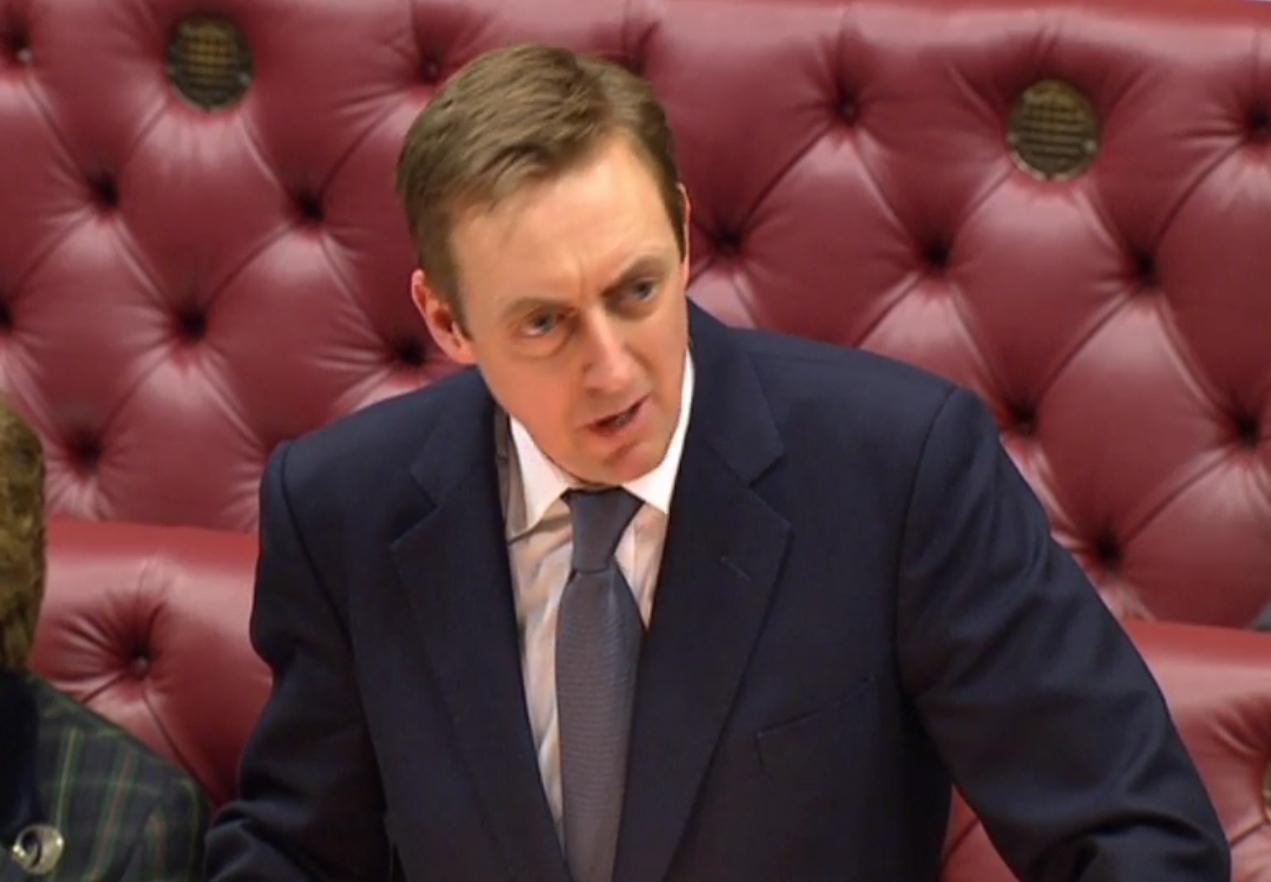 Others predicted the ERG’s full scale revolt would end up forcing Mrs May to align with Labour to agree to stay in the EU’s customs union as the only hope of passing any deal.

Respected former minister Lord Bridges told The Sun: “The Conservative Party has to answer a simple question: does it want to remain a single party or split?

“There is deep division that is only getting worse.

“If we want to remain as one, we have to realise we must all now make compromises on Brexit as the only way to deliver it.” 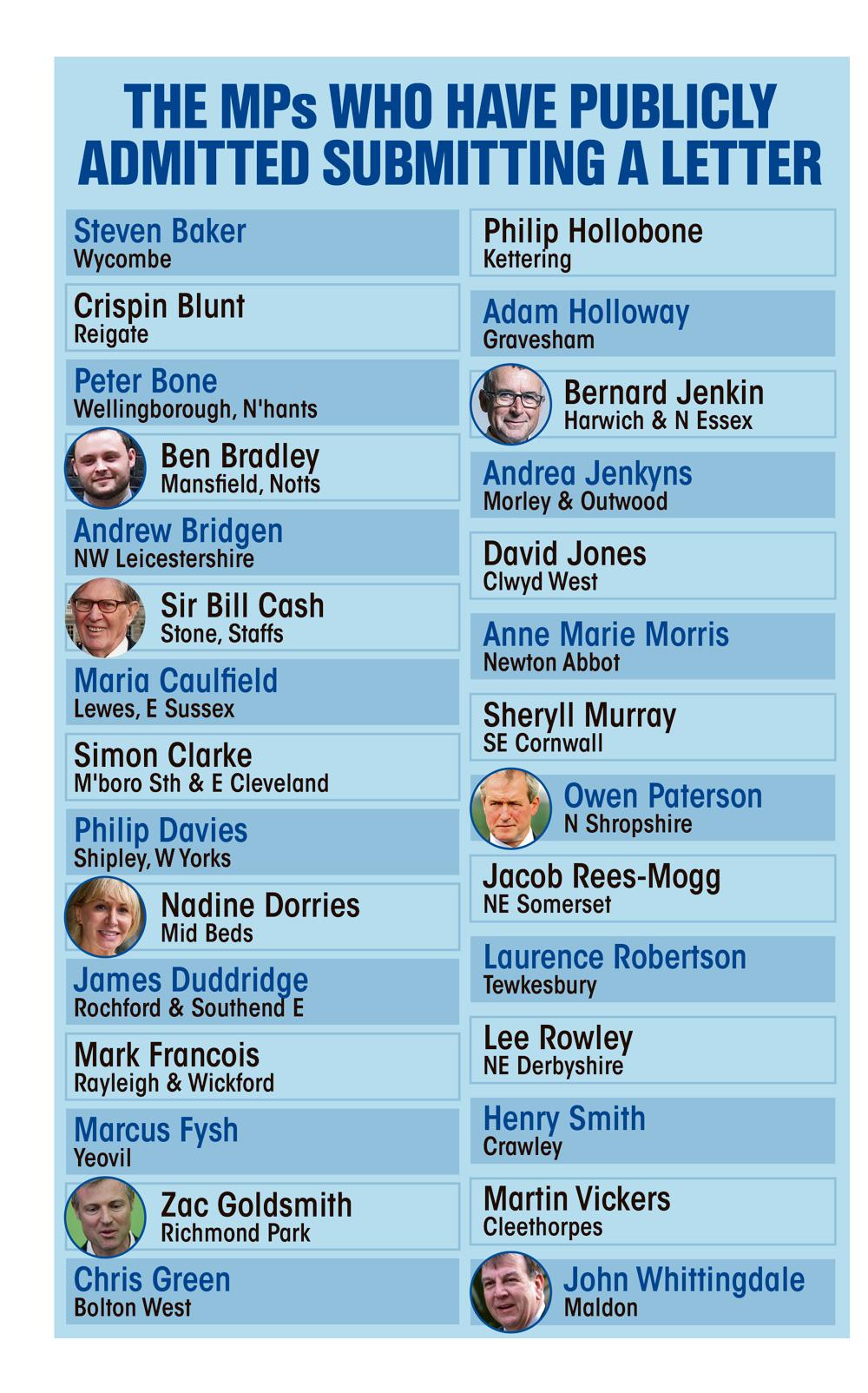 Two hate-filled Tory MPs refused to even appear on TV together yesterday.

Fierce critic of the PM Andrew Bridgen walked off during a live broadcast in Westminster when party deputy chairman James Cleverly was invited on air.

BBC presenter Victoria Derbyshire said the pair ‘might not want to speak to each other’, to which Mr Bridgen said: ‘I’ll go’.

May loyalists yesterday demanded the ERG give up their rebellion and recognise Mrs May’s authority if she won the confidence vote last night. 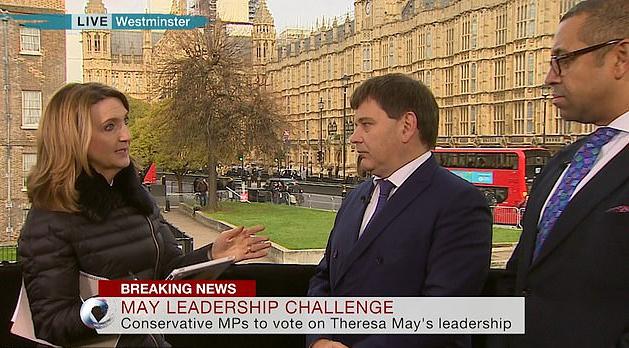 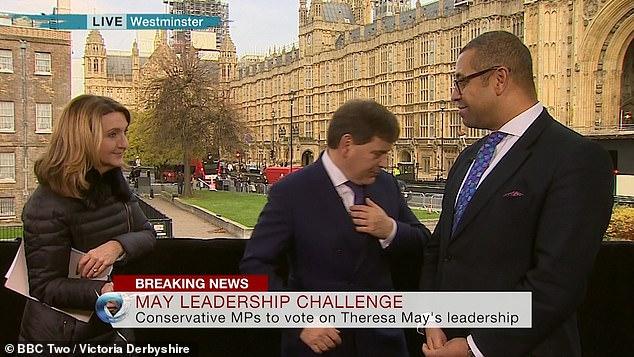 Defence minister Tobias Ellwood mounted a direct attack on Mr Rees-Mogg via Twitter to tell him that he is “fuelling blue on blue” and is “disloyal, divisive and disruptive to both Government and Party”.

Mr Ellwood added: “Set your stall – and accept gracefully if you don’t get your way”.

But rebels vowed to fight on last night.

Staunch anti-EU rebel Andrea Jenkyns insisted Mrs May would be “gone by the Spring” if she won. 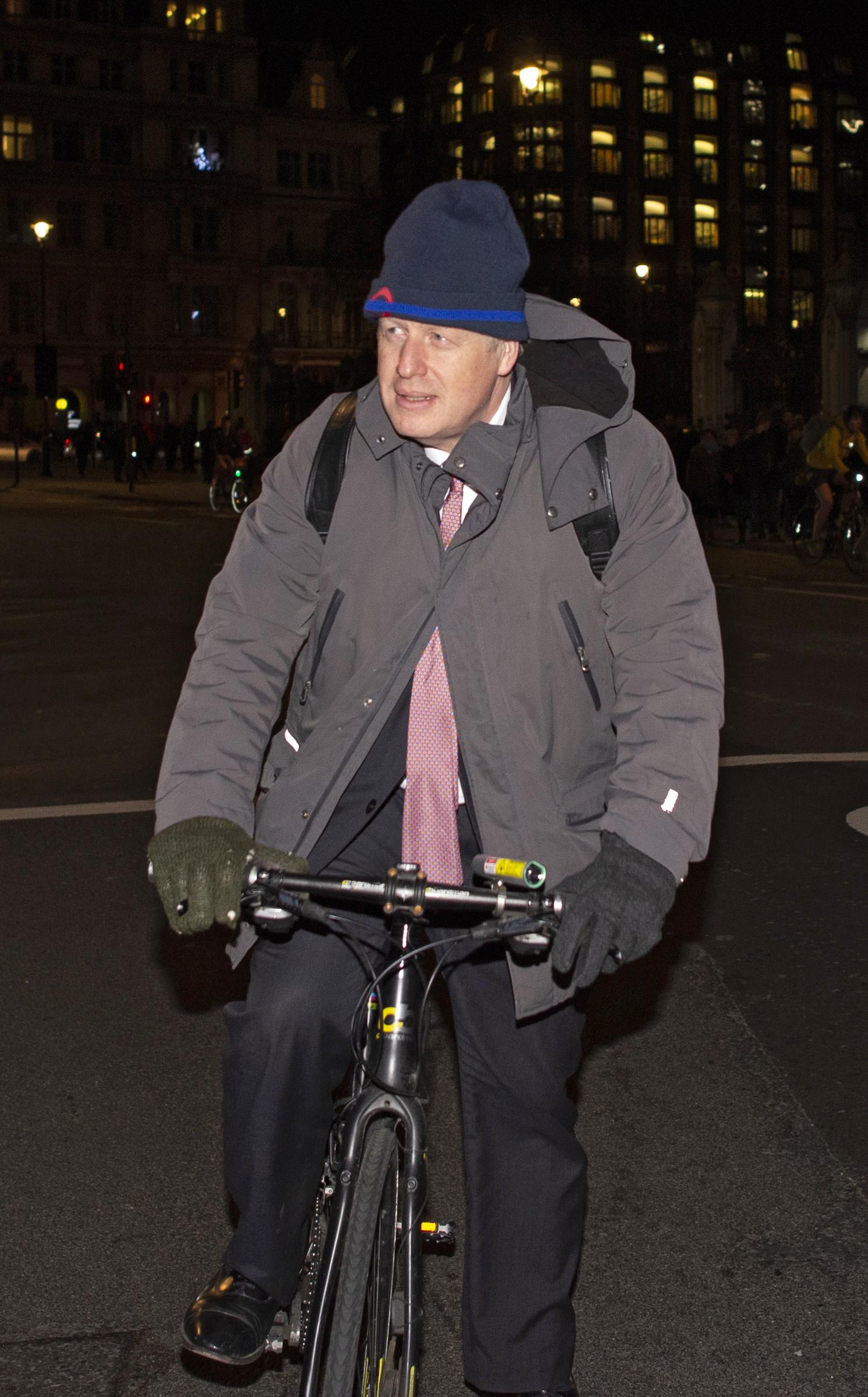 Another senior ERG member said: “This ends nothing.

“We are going to continue fighting for what 17.4 million people voted for, which is a proper Brexit.”

The hostilities boiled over in the meeting last night, with Brexiteers condemning Mr Hammond for describing them as “extremists”.

Jacob Rees-Mogg said the PM responded by “slapping down the Chancellor” in front of him and the rest of the party. 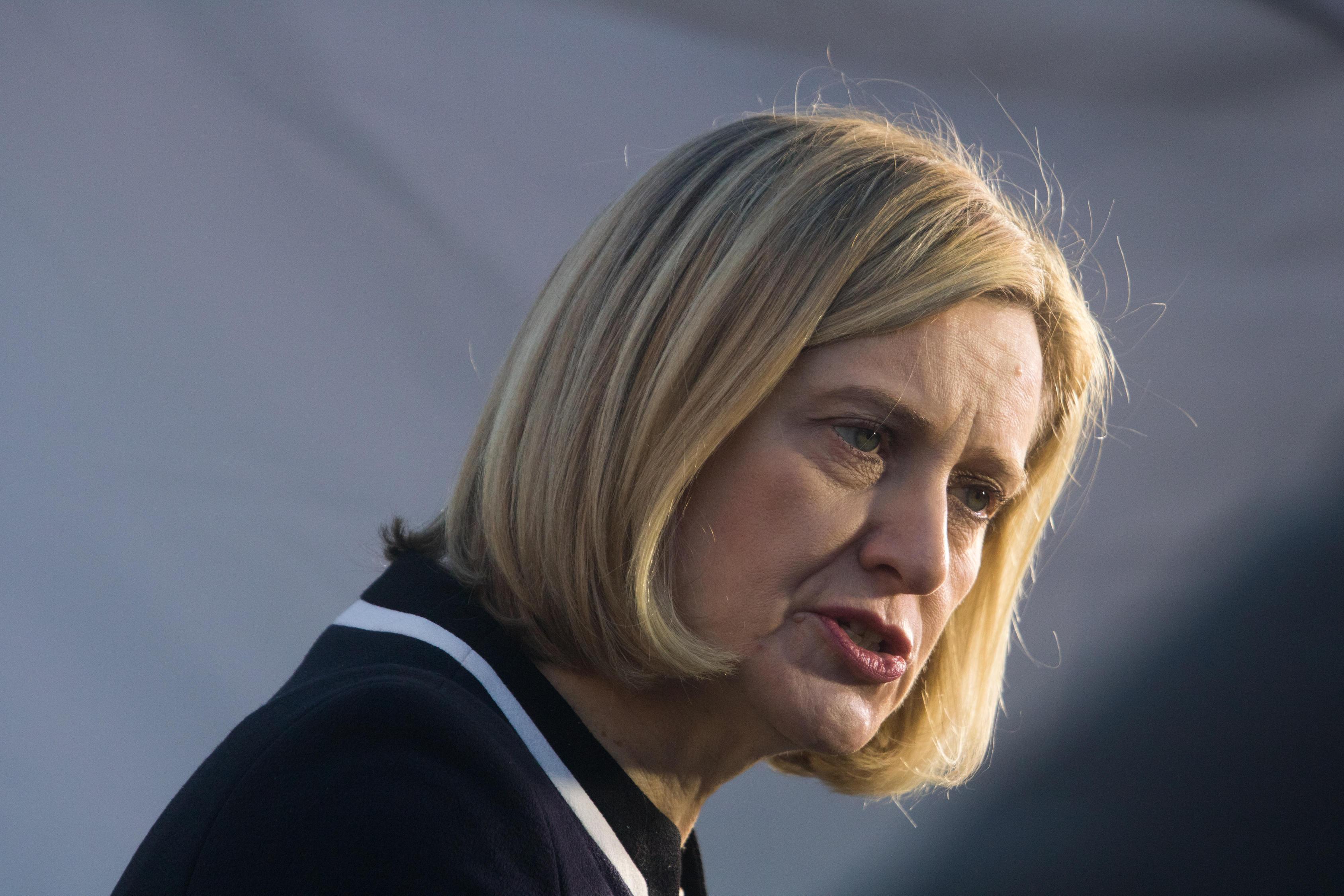 Old rivalries erupted too, with leading Remain campaigner Amber Rudd taking a swipe at Boris Johnson for being “curiously silent” during the meeting. The former Foreign Secretary appeared disgruntled as he left the meeting muttering to himself.

Tory backbenchers accused the Prime Minister of lying to them over the DUP’s backing.

In the meeting Mrs May said the DUP had promised to continue propping up her minority government but Tory MP Andrea Jenkyns said: “One of the DUP rang me to say it was a lie.”

Tory MP James Duddridge accused her of being “disingenuous” while another said she had “misled them”.

The PM will run into a wall of opposition from member states over her demand for a guarantee that the Irish border backstop will not last indefinitely.

German Chancellor Angela Merkel insisted the bloc would not throw Mrs May a political lifeline, saying: “We have no intention to change the exit agreement.”

In a draft text released ahead of the summit, the 27 EU leaders stopped short of a legal guarantee, reiterating only that they would try to ensure that the backstop “would be in place for a short period and only as long as strictly necessary”.

MPs also tore into her over her failure to rule out leading the party into an election held before 2022.

Ms Jenkyns said: “Somebody pointed out there could be an election in the next 12 months and asked if she’d stand. She dodged the questions and just said I’m here for as long as you want me here.”

Mr Duddridge said: “She may creep through this evening but the most interesting question was about what would happen if there’s an election in the next 12 months – she wouldn’t answer on that and I think that’s going to be devastating for us.” 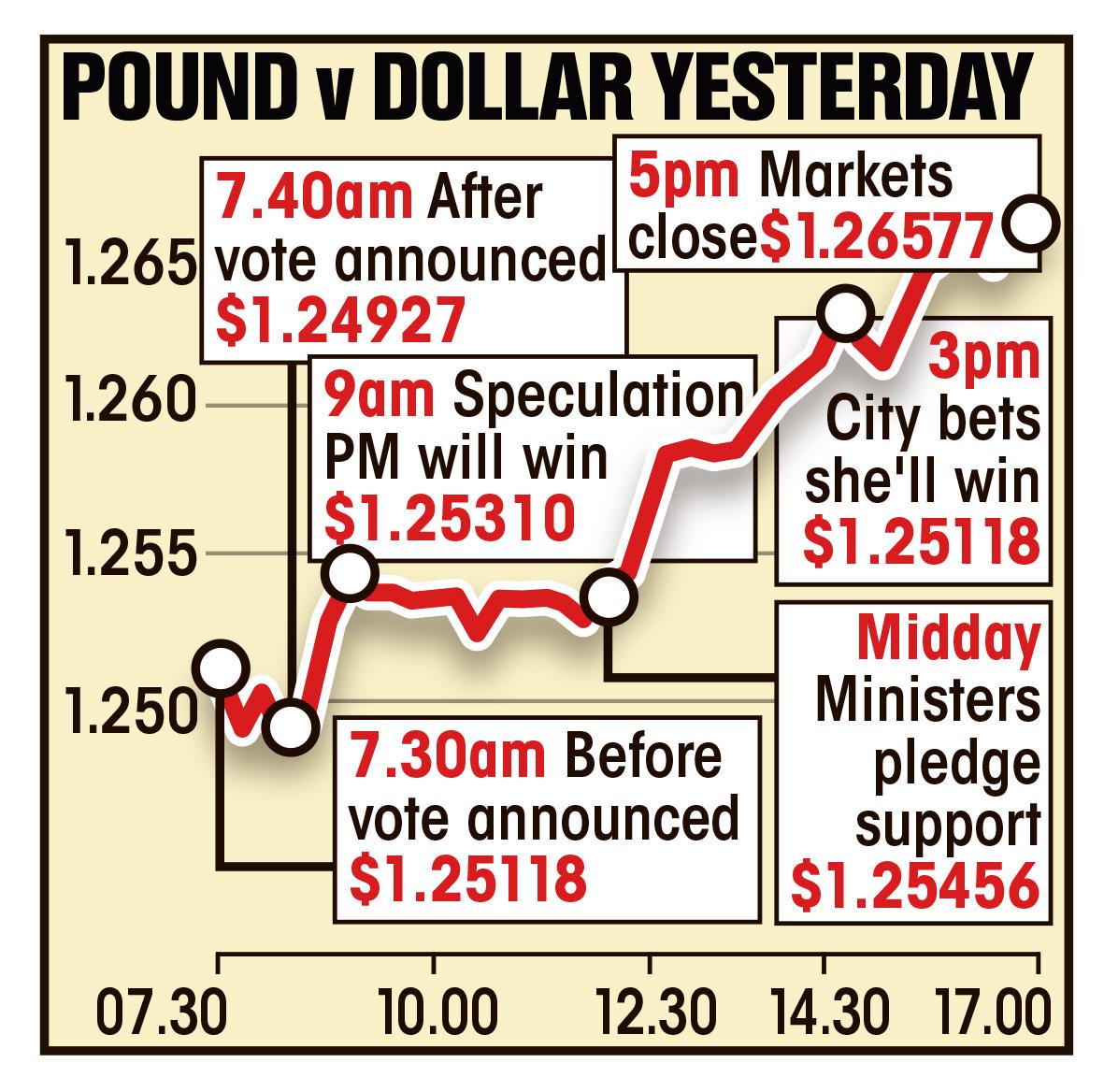 Sterling up on deal hope

And markets remained “surprisingly buoyant” despite divisions over Brexit.

When it was announced yesterday morning that the vote would be held, Sterling slipped below $1.25 amid speculation a No Deal Brexit was more likely.

He said: “The last thing businesses needed today was even more uncertainty.

“We are edging closer and closer to No Deal as a result of can-kicking and internal domestic strife.”

‘Carmen Sandiego’ Trailer: We Finally Know Where in the World She Is

Wanda Sykes Weighs In on Volodymyr Zelenskyy Appearing at Oscars: ‘Hollywood, We Can Get a Little Full of Ourselves’