Couple tidying their garden realize that an old metal ‘cable box’ under their trees is actually a stolen SAFE and is full of diamonds, gold, jade and cash

A couple on Staten Island were having work done in their backyard, and discovered buried treasure worth a small fortune.

Maria Colonna-Emanuel’s husband Matthew said finding the treasure tucked away in a safe was like a childhood dream come true.

They had an issue with deer eating their trees, so they had new trees placed around the perimeter of their yard, but in the process they discovered the exciting find that they originally thought was just an cable box, according to CBS2NY.

‘It was really prominent when the deer ate away all the foliage,’ husband Matthew said. 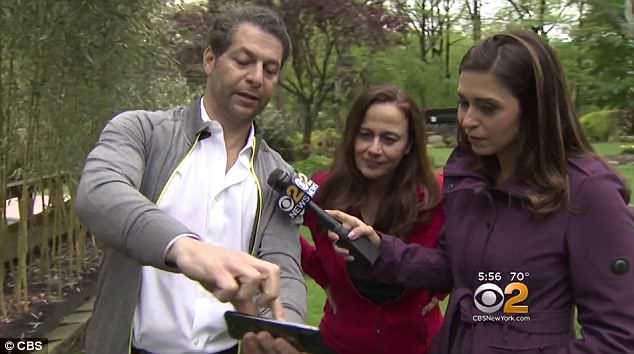 Matthew and Maria Colonna-Emanuel thought the box in their backyard was a cable box, but they realized it was actually a safe when they cleared some old trees while doing yardwork 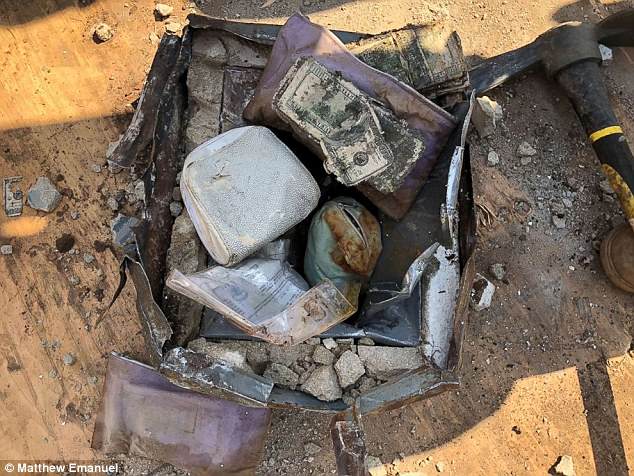 Inside the safe: $52,000 dollars, jewels of gold, jade and diamonds, but also a piece of paper with an address on it

They brought in a tree company, and that’s when they realized there was not a tangle of wires inside… instead, they realized it was a safe filled with cash and jewels.

‘And there are all these bags with hundreds and jewelry, diamonds, engagement rings, dozens of rings, gold with jade,’ Matthew said. ‘It was stunning.’

The Emanuels also found something else contained inside, a piece of paper with an address.

After the couple did a bit of sluething, they realized the address was connected to a home on their block.

So they headed over to their neighbors.

‘First I knocked on the door and I asked them if they were ever robbed and they said they were,’ Matthew said.

So, the Emanuels did the right thing. They returned everything, making their neighbors very grateful. 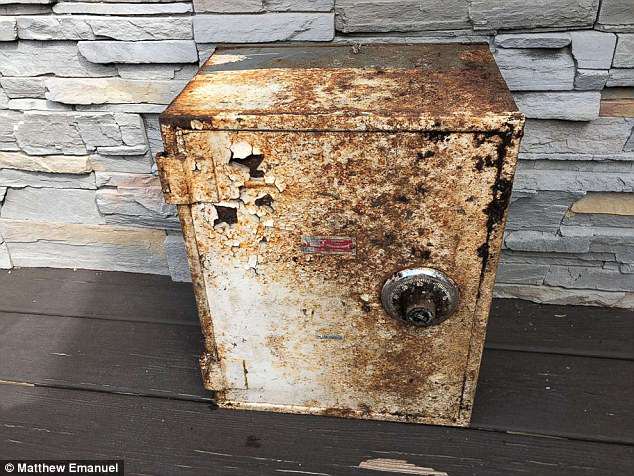 Not a cable box: They had seen the white box peaking out but figured it was just a cable box, until they did some yard work

‘A couple of people asked us, ‘Why did you return it?’,’ wife Maria said. ‘It wasn’t even a question. It wasn’t ours.’

Meanwhile the couple adds, they haven’t recieved a reward, but that the true reward is good karma.

Now, where the safe once stood, is a ceramic elephant in tribute to their incredible find.

Say Hello to Clear Pores With This $25 Blackhead Remover

Was THIS Harry and Meghan's incognito visit to see the Queen?