Britons wanting to return to their homes in EU countries after spending Christmas with friends and relatives in the UK will be able to pass through France after the government in Paris suspended a transit ban.

Since 18 December, non-essential travel from the UK to France has been mostly prohibited in an attempt to tackle rising COVID-19 cases fuelled by the highly transmissible Omicron variant.

France reported 206,243 new coronavirus cases in the latest 24-hour period on Thursday, rising above 200,000 for the second day running as Omicron takes hold.

New French rules had meant UK nationals were banned from transiting by car across the country to properties in other EU nations via the Eurotunnel, Eurostar or ferry. 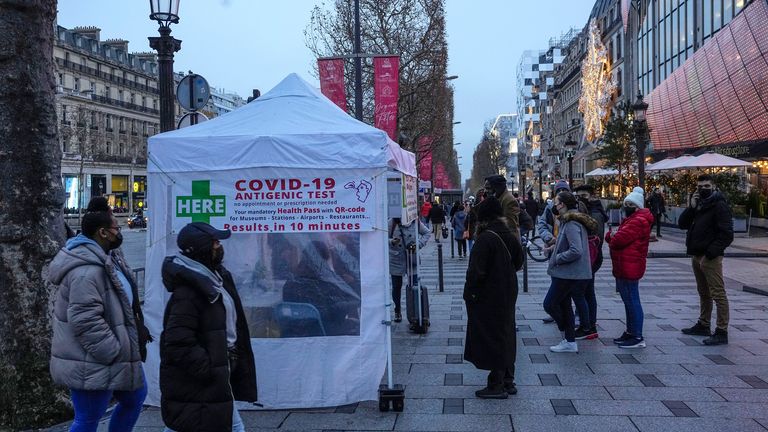 However, the UK government’s advice, published on its website, clarified on Thursday: “The French authorities confirmed on 30 December that UK nationals who are resident in other EU member states and who have travelled to the UK for the Christmas period will be able to transit France over the New Year period in order to return home to their country of residence.

“Transit for less than 24 hours in the international zone of an airport is listed under ‘essential reasons’ to travel”.

Eurotunnel Le Shuttle, which runs the vehicle-carrying train service from Folkestone to Calais via the Channel Tunnel, had warned on Twitter on Wednesday that the ban was brought in.

It said: “Following a French government decision, on 28/12/2021, unless they hold French residency, British citizens are now considered 3rd country citizens and can no longer transit France by road to reach their country of residence in the EU.”

But on Thursday it announced the reversal, saying: “Passengers travelling from the UK, with residency in other EU countries under the Withdrawal Agreement, can again transit through France to return home. Subject to their journey to UK being completed before 28 Dec 2021. This comes into force immediately.”

A spokesman for the French interior ministry confirmed the move, telling the AFP news agency: “A large number of British nationals residing in an EU country have travelled in good faith to the UK for the festive season and are experiencing difficulties in reaching their country of residence.

“Faced with this situation, instructions of tolerance have been sent to police officers at the borders with the United Kingdom in order to allow these nationals to transit through France to reach their residence in a country of the European Union, after this Christmas and New Year period.”

Despite allowing Britons to travel through France to reach homes abroad, people from the UK are still largely banned from going to the country unless they have a “compelling reason”. 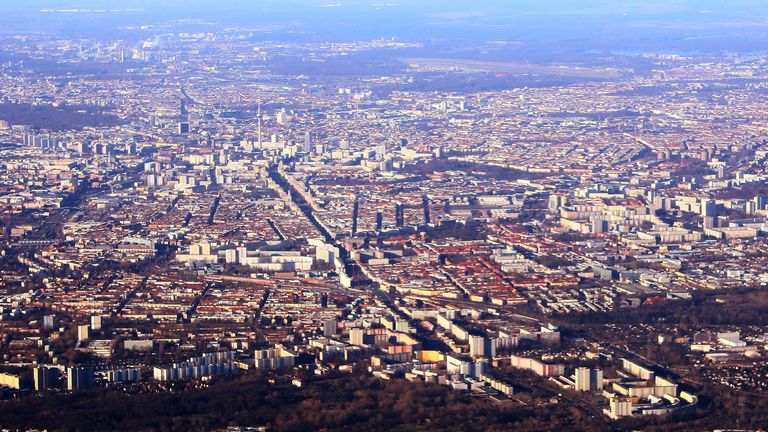 Meanwhile, Germany will lift a ban on UK tourists travelling to the country from 11pm on Monday 3 January.

It means people who are fully vaccinated, or “have an important reason for travelling”, will be allowed to enter, according to the German embassy.

Those who are fully vaccinated will not need a negative COVID test or need to quarantine for 14 days, the embassy added.

The rules that came into force on 19 December, banned carriers such as airlines taking British tourists to Germany.

Secretary of State for Transport Grant Shapps described the new move as a “welcome development from our German colleagues”.