NSW and Victorian health officials are reluctant to scrap household contact isolation rules as Omicron surges, with the nation’s top doctors to meet on Wednesday amid concerns about rising BA.2 infections.

Despite a push to ease isolation rules, which Prime Minister Scott Morrison flagged as “redundant” two weeks ago, it is understood health advisers are increasingly nervous about immediately abandoning seven-day isolation for household contacts as the highly contagious Omicron sub-variant spreads and vaccine immunity wanes. 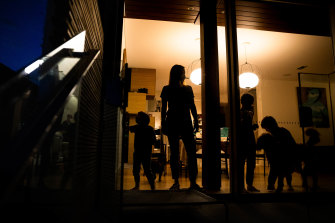 Health officials in NSW and Victoria are reluctant to scrap household contact isolation rules, despite politicians pushing for the change.Credit:Janie Barrett

The discussion about isolation rules comes as the country’s top vaccine advisory group, Australian Technical Advisory Group on Immunisation (ATAGI), is expected to finally sign off on a fourth coronavirus shot for some Australians.

Almost five million people are set to become eligible for a fourth dose by winter, which will apply to about 4.2 million Australians aged over 65, about 230,000 in aged and disability care and roughly 500,000 people who are severely immune compromised. The length of time between third and fourth doses is yet to be determined, but it is likely to be about four or five months.

The country’s chief health officers and state officials will discuss the rules at an Australian Health Protection Principal Committee (AHPPC) meeting on Wednesday.

Daily infections are expected to peak in April at about 30,000 in NSW and about 20,000 in Victoria, according to new modelling, with Omicron’s more transmissible BA.2 sub-variant tipped to become dominant by the end of the month.

The Victorian and NSW governments had been working for months on a plan to ease household contact rules, but officials cooled on the move two weeks ago after receiving new modelling on case load trajectories.

Earlier this month, Mr Morrison asked top health officials to provide urgent advice to national cabinet on the transition away from quarantine for close contacts.

“We’ve tasked the medical expert panel to [provide] urgent advice on this as soon as possible, because we’d like to say goodbye to that rule [one week isolation] as quickly as we can.

“We all know what it’s like with kids and flus … you know, they bring it home, and then the whole family has to stay home and can’t go to work. So that rule is becoming, we believe as leaders, redundant,” he said.

But a federal government source said on Tuesday that national cabinet would only agree on a change if the AHPPC were in lockstep about the wisdom of the policy shift.

When The Sydney Morning Herald and the Age revealed a joint NSW and Victorian plan to loosen household contact rules in February, there were significantly fewer COVID-19 cases than there are now and the threat posed by Omicron’s new sub-variant, which prompted NSW health officials to recently recommend heavier public health restrictions, had not yet materialised.

School-aged children and teenagers have driven the recent rise in cases in NSW, with almost 21,000 infections reported across the state on Tuesday.

A Victorian government source, who asked not to be named so they could speak freely about pending government decisions, said NSW and Victoria would probably delay moves to drop household contact rules until after the next peak has passed, which modelling suggests will be in the next month. 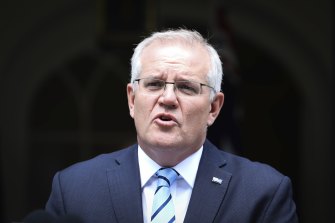 Prime Minister Scott Morrison had called for some COVID rules to be relaxed.Credit:Renee Nowytarger

This is despite Victorian Premier Daniel Andrews saying he was “very keen” on the change as recently as Sunday.

“We need to do it with a proper understanding of how many extra cases it will mean. Because logic tells you it will drive the number of cases,” he said.

However, a second person familiar with the AHPPC’s deliberations – who also asked to speak anonymously, so as to disclose internal deliberations of the peak medical advisory group – said some medical experts in the group had growing concerns about the push to abolish isolation rules.

“Some people are definitely nervous about abolishing the close contact rules,” the source said.

Victorian government sources said it was unlikely the state would drop isolation rules alongside NSW unless AHPPC recommended the change, despite Victorian Premier Daniel Andrews saying he was “very keen” on the change as recently as Sunday.

“We need to do it with a proper understanding of how many extra cases it will mean. Because logic tells you it will drive the number of cases,” he said.

But Catherine Bennett, chair of epidemiology at Deakin University, said it was possible household contact isolation rules could be eased even as case numbers increase, with conditions.

“A lot of people had BA.1, the original Omicron strain, and a lot of people are vaccinated. That makes the chance of infection reduced,” she said.

In the US, people who are household contacts are exempt from isolation if they have had COVID-19 in the previous 90 days. The UK has scrapped the requirement for both contacts as well as people who test positive.

Professor Bennett said it was necessary to analyse the number of people in a household who were testing positive.

“If that number is low, the rising infection rate may not come with as much risk.”

Make work a fair place by focusing on ability NOT disability