Crossrail hits the buffers AGAIN: Bosses admit over-due and over-budget line won’t open until at least 2022… and they need another £1.1BILLION to finish it

The opening of London’s £18billion Crossrail project has been delayed yet again until the ‘first half of 2022’, the train line’s board admitted today.

The railway, from Berkshire to Essex via central London, was originally expected to open fully in December 2018, but repeated delays have pushed it back.

The central section of Crossrail, running between Paddington and Abbey Wood, will be ready to open in the first half of 2022, its board has said.

The further delay has been partly put down to the coronavirus pandemic, which saw construction paused on March 24 until it restarted on June 15.

The update also confirmed that the construction may need up to £1.1billion more than the funding commitment made in December 2018. 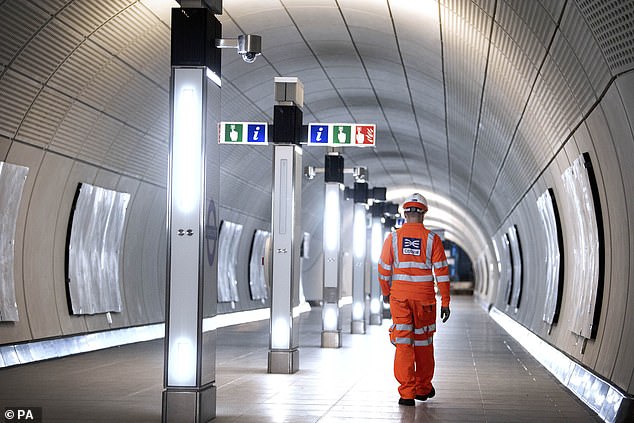 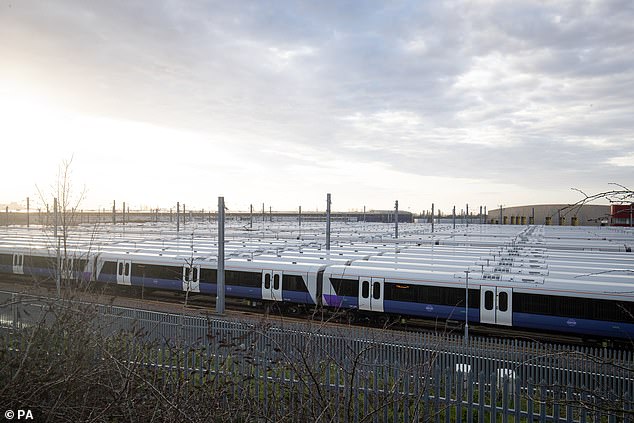 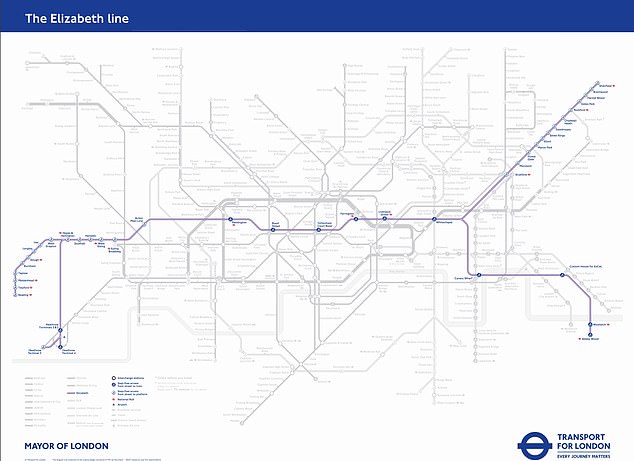 Covid-19 is one of the reasons behind the new delay, the team said, with social distancing meaning that a maximum of 2,000 people are now allowed on Crossrail sites, which is less than 50 per cent of the staffing levels before the pandemic.

The project’s boss said their ‘focus remains on opening the Elizabeth Line as soon as possible’ and that they have a ‘comprehensive plan’ to open the railway.

A Crossrail spokesman said: ‘The board’s latest assessment, based on the best available programme information right now, is that the central section between Paddington and Abbey Wood will be ready to open in the first half of 2022.’

How will the Elizabeth Line operate?

When the central part of the Elizabeth line opens, by the ‘first half’ of 2022 all going well, it will operate as follows:

Following the central section opening, full services across the line from Reading and Heathrow in the west to Abbey Wood and Shenfield in the east, should commence at a later date.

The new date comes after the team behind the project said last month that the route would not meet its then-summer 2021 target opening.

The project’s boss said their ‘focus remains on opening the Elizabeth Line as soon as possible’ and that they have a ‘comprehensive plan’ to open the railway.

Chief executive Mark Wild added: ‘Our focus remains on opening the Elizabeth line as soon as possible. Now more than ever Londoners are relying on the capacity and connectivity that the Elizabeth line will bring, and we are doing everything possible to deliver the railway as safely and quickly as we can.

‘We have a comprehensive plan to complete the railway and we are striving to commence intensive operational testing for the Elizabeth line, known as Trial Running, at the earliest opportunity.

‘Delivery of the Elizabeth line is now in its complex final stages and is being completed at a time of great uncertainty due to the risks and potential impacts of further Covid outbreaks.

‘We are working tirelessly to complete the remaining infrastructure works so that we can fully test the railway and successfully transition the project as an operational railway to Transport for London.’

A spokesman for the Mayor of London Sadiq Khan said: ‘The Mayor is deeply disappointed that Crossrail’s updated schedule suggests that Londoners face a longer wait for the Elizabeth line. 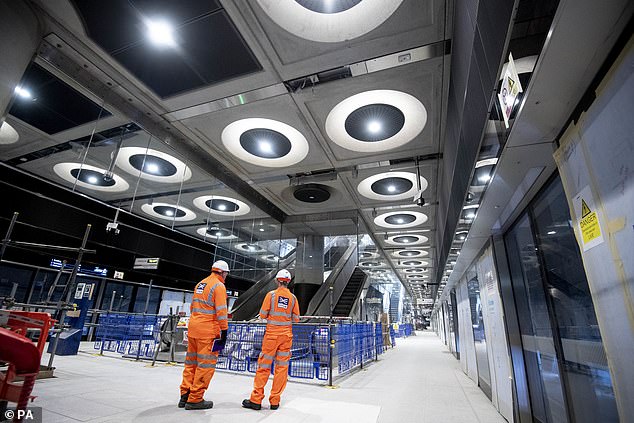 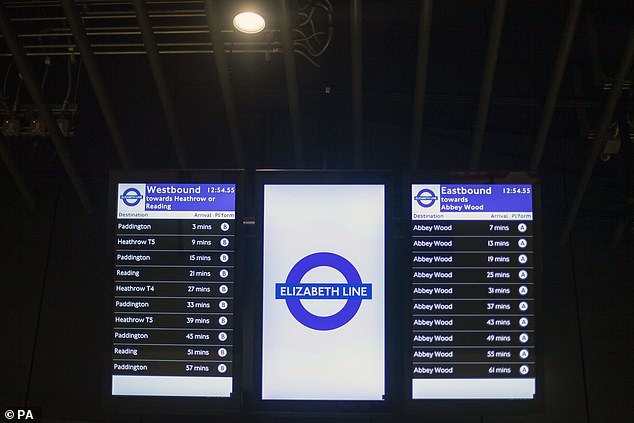 ‘He has asked TfL’s new commissioner, Andy Byford, to review Crossrail’s latest plans – including their estimated additional costs – and to work with the Department for Transport to ensure everything possible is being done to get the central section safely open as quickly as possible.’

Commenting on the latest development, Julian Glover, a former special adviser at the Department of Transport and speechwriter for the prime minister, tweeted: ‘Joint government-TfL board overseeing it has become an excuse for buck passing.

‘It’s good at asking for more money, not in cracking on with opening the line or solving the things making it late. The Mayor’s lack of interest hasn’t helped either.

‘So there needs to be a single chain of command to the guy who’s actually going to run the line, TfL’s new boss Andy Byford. That’s coming but it is way too slow.

‘Need it today. He needs to set December 2021 as the date for opening the line. No ifs or wobbles.

‘Maybe Bond Street won’t be open by then but all the other stations can be. It’s 16 months and the line is already built and being tested – mad to say this date can’t be met.’

How plans for a Crossrail network go back 78 years

1994: A private bill proposing a new Paddington to Liverpool Street tunnel is rejected by Parliament

2001: The Crossrail scheme is promoted through Cross London Rail Links, a joint venture between Transport for London and the Department for Transport

2008: The Crossrail Act 2008 receives royal assent after being put before Parliament in 2005

2015: The Liverpool Street to Shenfield service operated by Abellio Greater Anglia is transferred to TfL Rail

2017: The first new Crossrail trains are introduced on the Liverpool Street to Shenfield route

2018: Paddington to Heathrow services are transferred from Great Western Railway to TfL Rail

Turkish, Russian forces to patrol either side of new Syrian corridor

Proposed 'UFO-style' hotels would be five stars of floating luxury

If UK parliament rejects the Brexit deal, what can PM May do?