Some of the most profound childhood memories involve the scent of freshly mown grass on the cricket field and feeling the soft, lush turf under my footy boots.

But as William Wordsworth wrote in a poem about children’s relationship with nature and how adults need to try to recapture that feeling, even through simple things like walking across an open field: “nothing can bring back the hour of splendour in the grass, glory in the flower”. 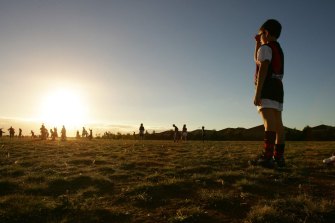 Some of the most profound childhood memories involve the scent of freshly mown grass.Credit:Vince Caligiuri

It’s no surprise then that so many people today are deeply uneasy about and fighting back against the seemingly unstoppable rise of synthetic grass fields across our cities. The latest (literal) grassroots movement sees the local community in Coburg North hoping to stop the (literal) rollout of fake turf at Hosken Reserve by Moreland Council.

The community rightly argues that synthetic fields (made with old car tyres) are an environmental disaster causing rubber and microplastics to leach into waterways. Even when they stay in place, they look ugly. And one day they’ll end up in landfill. Apart from the environmental impact, synthetic fields rob the locals of natural green space.

Artificial fields are not just bad for the environment but bad for sport. The 2015 Women’s Soccer World Cup was controversially played on synthetic fields. Even though the tournament was staged in Canada, players said it was like running “on hot coals”. Players also reported a high rate of injury.

Some soccer and hockey clubs are all for the change, claiming fake turf allows more people to play more often, so they have the greater right to use urban open spaces. They argue that grass ovals need more attention and more water to make them playable through a long season. But don’t our rates (and property developer levies) pay for that sort of maintenance? And if not, why not? 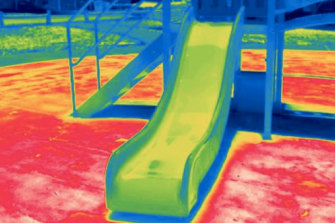 Meanwhile, we don’t address the real issue; the failure of our planning laws that have allowed overdevelopment to choke up our cities, causing a boom in population without a corresponding increase in parkland and sporting infrastructure. The result is an ever-growing demand on existing sports fields.

It’s quite frankly disgraceful that the proposed solution to this problem is to remove natural grass fields, rather than planning properly in the first place. Meanwhile, the profits of property developers get prioritised over what is best for the community.

There shouldn’t be a fight over who has the right to use our precious urban green spaces. Good planning laws would see more open space for everyone. That’s one of the main things that makes a liveable city, liveable.

We have to stop this urge to destroy nature and lay down fields of plastic. In the Wordsworth-like lament of Cat Stevens: “I know we’ve come a long way. We’re changin’ day to day. But tell me where do the children play?”

Duncan Fine is a lawyer and regular columnist.

The best tech of IFA 2020 from Google, Sony and more

What is Joe Biden's executive order on ghost guns?

Time to face the music, Boris: PM braces for Partygate row in Commons