Cypriots vote after a presidential election campaign focused on the economy and elusive reunification efforts. 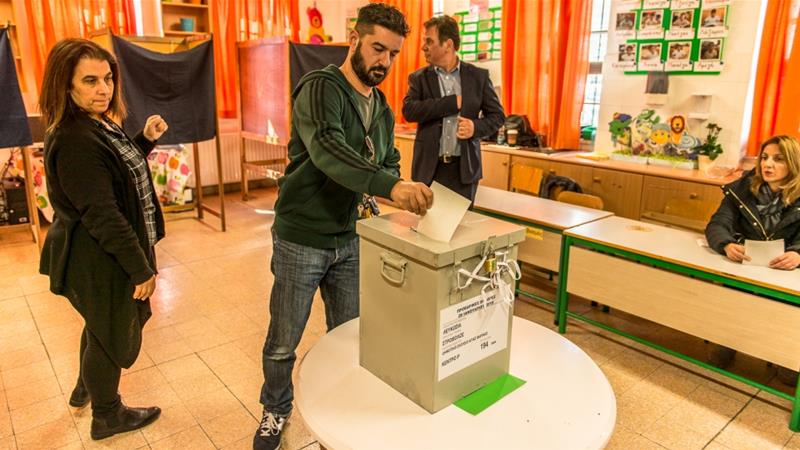 Nicosia, Cyprus – Cypriots are voting to choose a president after a lacklustre election campaign focused on the economy and the divided island’s suspended peace process.

The poll is being contested by an all-male line-up of nine presidential hopefuls, each seeking a fixed, five-year term in office.

If, as expected, no candidate wins more than 50 percent of the vote, a runoff will be held between the top two challengers a week from Sunday.

Some 550,000 people are eligible to vote but abstention levels are expected to be high. The poll is held against a backdrop of broad disaffection, especially among young voters, over what is seen as an uninspiring roster of presidential choices.

“I don’t expect much from the elections – I’ve lost my faith a bit,” Elena, 27, told Al Jazeera at a polling station in the Strovolos district of Cyprus’s capital, Nicosia.

“But I came to vote because I believe that this is the only time that someone’s voice can be heard – even if they leave their ballot blank, cast an invalid ballot or vote for a candidate.”

“Unfortunately, this time it was hard to choose a candidate,” she told Al Jazeera. “Many try to find someone who will sort of be the least dangerous.” 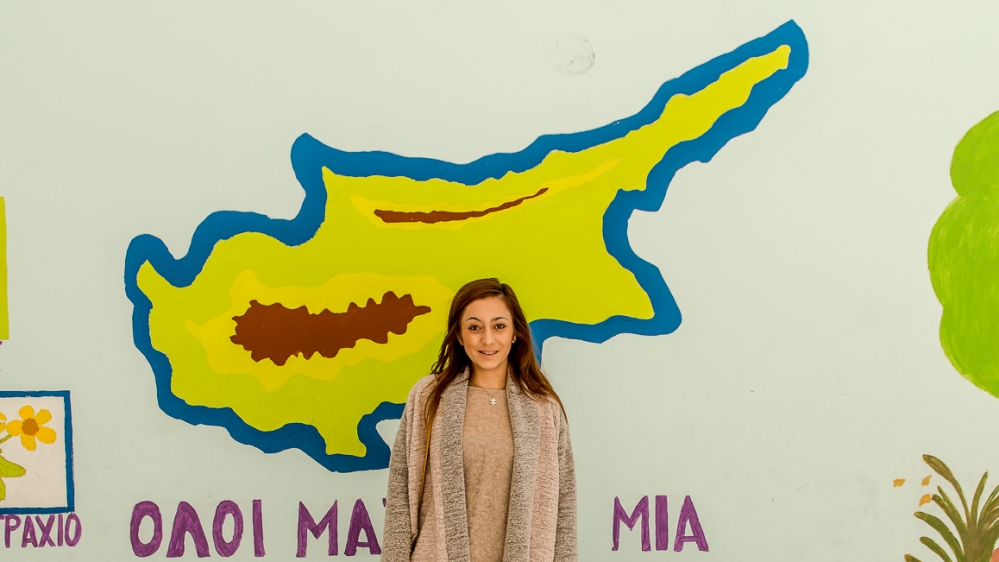 Incumbent President Nicos Anastasiades, of the right-wing Democratic Rally party, is projected to win the first round, after leading all opinion polls in the run-up to the vote.

His closest challengers are Stavros Malas, an independent candidate backed by the communist party AKEL, and centrist Nicolas Papadopoulos, chairman of the Democratic Party.

The two opposition leaders are expected to fight neck-and-neck for second place, which will secure one of them a spot in the February 4 runoff.

Fielding questions after he cast his vote in the southern city of Limassol, Anastasiades said “the problems faced by the people” were his only opponent in the race and called on citizens to head to the polls.

For his part, Malas urged voters to select those “who do not underestimate their intelligence”, while Papadopoulos said the day belonged to the citizens, “the protagonists who boost democracy through participation”.

Christos Christou, of ELAM, a far-right party described as a copycat version of Greece’s extremist Golden Dawn party, is tipped to compete for fourth place with Giorgos Lillikas, who scored a surprising third place finish in the last presidential vote five years ago. 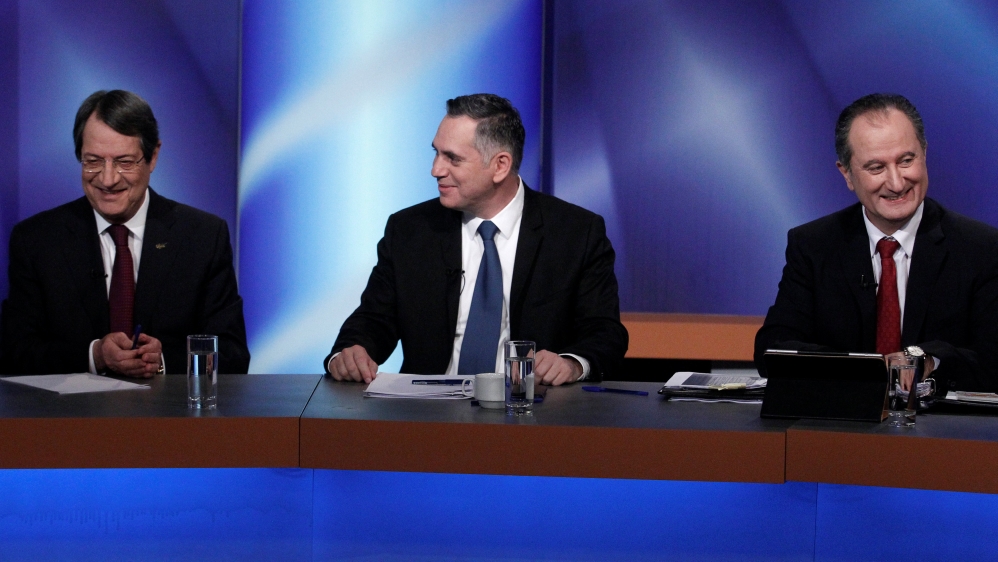 While there is little of the tension of 2013, when Cyprus was on the brink of a financial meltdown, Sunday’s vote is far from a low-key contest.

The elections are the first since the European Union member state successfully exited from a bailout programme in 2016 after the foundations of its economy collapsed, largely due to its overblown banking sector, which is heavily-exposed to indebted Greece.

The vote also comes just a few months after the latest United Nations-mediated effort to reunify the island broke down in acrimony at a peace conference in the Swiss resort town of Crans Montana.

Cyprus has been divided along ethnic lines since 1974 when Turkish troops seized its northern third in response to an Athens-inspired Greek Cypriot coup aimed at uniting the small eastern Mediterranean island with Greece.

Unsurprisingly, both the protracted Cyprus problem and the state of the economy dominated voters’ concerns in the lead-up to Sunday’s vote, as did the candidates’ campaign promises.

“I hope the result will have a positive impact on the Cyprus problem – this is, for me, the main election issue,” Stella, a voter in Nicosia, told Al Jazeera. “On the economy, I believe all candidates will more or less follow the same policies.” 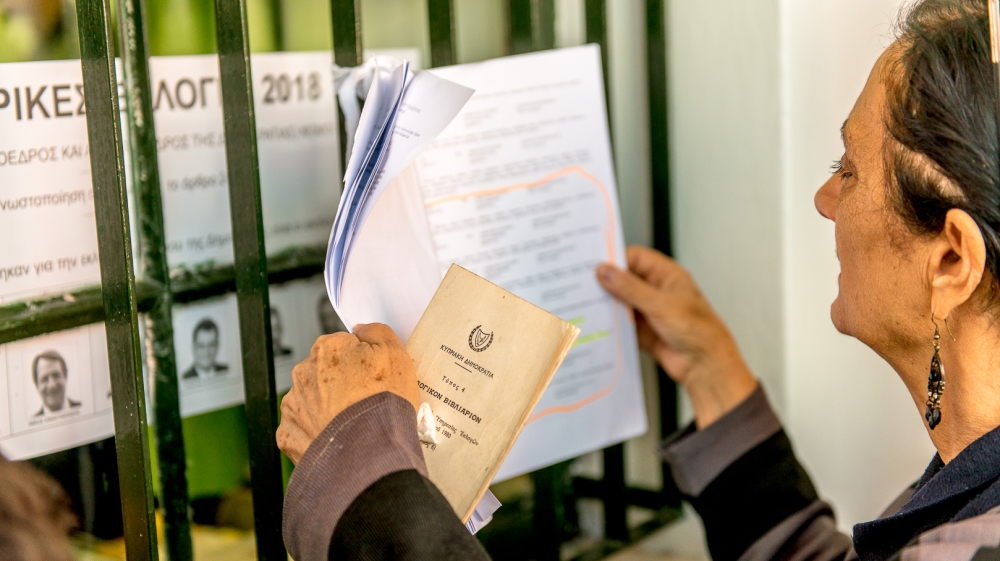 Anastasiades, 71, ran a campaign emphasising the recovery of Cyprus’s economy from the state of near collapse it was in during the first days of his presidency five years ago.

Back then, he clinched a deal with international creditors for a 10 billion euro ($12.4bn) bailout, contingent upon shutting Laiki, the republic’s second-biggest bank, and imposing losses on depositors to recapitalise top lender Bank of Cyprus.

The measures left deep scars, but many Greek Cypriots put the blame on the man who was president for five years before the collapse: Demetris Christofias, leader of AKEL.

On the Cyprus issue, Anastasiades, a supporter of a solution based on the idea of a bizonal, bicommunal federation (BBF), was fiercely criticised by his opponents over the handling of the failed Crans Montana talks. He has promised that, if elected, he will seek to restart negotiations from the point at which they stopped.

For his part, Malas, 50, a geneticist who lost to Anastasiades in the 2013 presidential elections, also backs a solution to the Cyprus problem on the basis of BBF. He has accused Anastasiades of missing an “historic opportunity” to reach a reunification deal and said he will meet Turkish-Cypriot leaders soon after the poll to kick-start negotiations.

A former health minister, Malas has faced criticism for being a member of Christofias’s government. He has also come under fire for being away from the central political scene for most of the past five years.

Papadopoulos, 44, the son of late President Tassos Papadopoulos, who in 2004 rejected a UN Cyprus reunification blueprint, has adopted an inflexible stance on reunification. He is allied with forces that reject BBF.

The Cyprus problem has been the main focus of Papadopoulos’ opposition to Anastasiades, whom he accused of granting “dangerous concessions” to the Turkish Cypriot side. 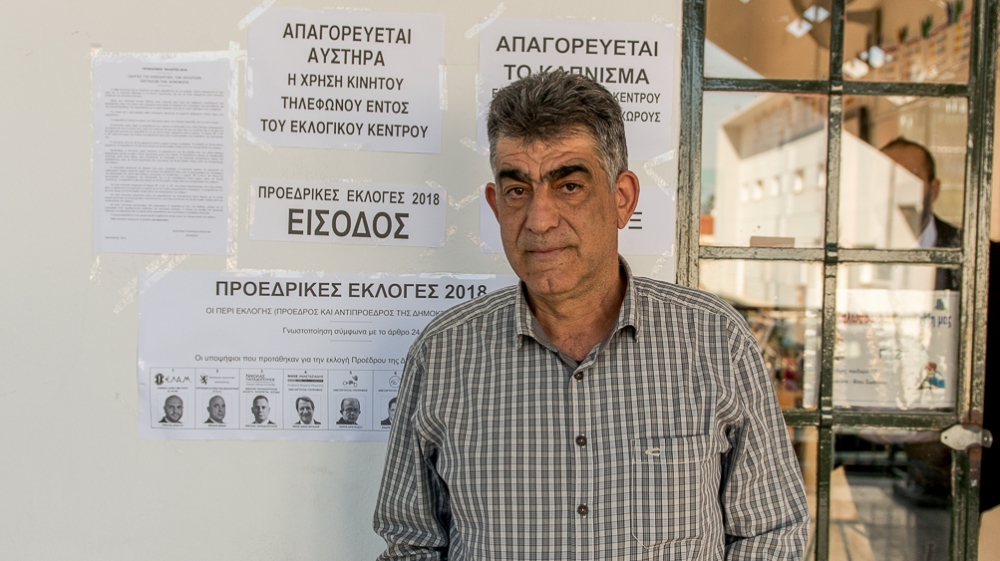 ‘Powers of a monarch’

The presidency is the republic’s most powerful political office – a legacy, in a way, of the island’s long-running political stalemate.

Under the 1960 constitution, Cyprus’s two main communities agreed to divide power, with the executive branch governed by a Greek Cypriot president and a Turkish Cypriot vice president.

The vice president was granted the right to veto fundamental laws, but that position has been vacant since 1963, when the Turkish-Cypriot community withdrew from the government.

“Since the collapse of that system, the Greek Cypriots took in their hands all the powers,” political analyst Christophoros Christophorou told Al Jazeera.

“This left much power to the president and the situation as it is today gives the president powers [that resemble those of] a monarch.”

The president of the Republic of Cyprus can appoint and fire ministers. However, the president does not need a vote of confidence in parliament and cannot be impeached by MPs. 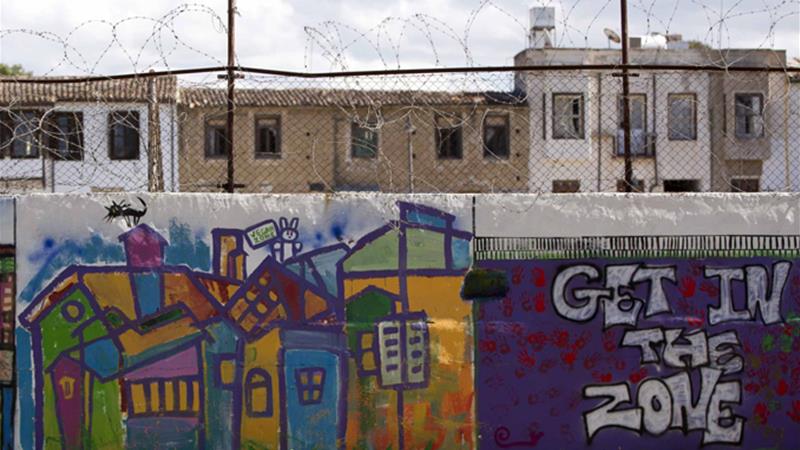