Prague: The Czech government has given its backing to a bill that would make the country the first in the old Eastern Europe bloc to allow same-sex marriage.

The Czech Republic has been allowing gay and lesbian couples to enter registered partnerships since 2006. 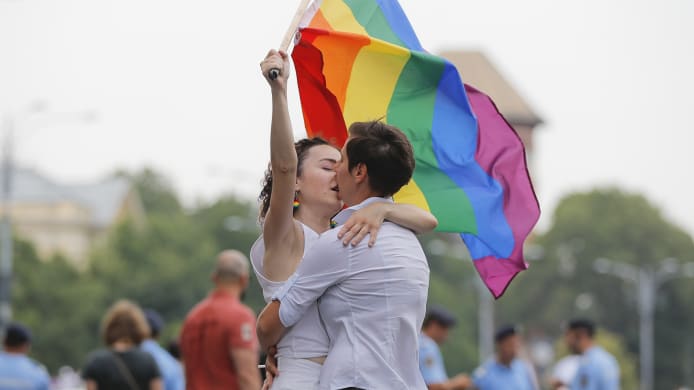 Czech Republic is one step ahead of neighbouring Romania, where a couple was forced to go to the EU’s top court to win the right to live together in the country despite having been married abroad.

A group of 46 politicians across the floor drafted the marriage bill, arguing that gay couples deserved the option of full marital status.

An opposing bill, presented by 37 politicians, calls for a definition of marriage as the union of one man and one woman to be enshrined in the constitution.

The bill allowing same-sex marriages would need only a simple majority in the 200-seat house, while the constitutional change would require 120 votes.

Most western European countries permit same-sex marriage, but the only formerly communist region where it is legal is the east of now-unified Germany.

Unlike neighbouring Poland and Slovakia, the Czech Republic is one of Europe's most secular societies and religious groups have a relatively weak voice.

In a poll conducted in May, 50 per cent of respondents supported gay marriage. Seventy-four per cent approved of the existing registered partnership option.

But it is uncertain when the parliament may get to a vote on the rival bills as the parties have been struggling to create a full-fledged administration since last October's election.

Babis's centrist ANO party won that vote by a large margin and formed a minority government, but he failed to secure parliamentary support. He is now trying to form a new cabinet with the centre-left Social Democrats that would also need the backing of the Communist party.

Tesla driver filmed ‘passed out behind wheel’ of self-driving car