The real Jurassic Park! Incredible footage outside man’s windows after he sets up projectors to surprise his daughter and make it look like dinosaurs roam their backyard

A doting dad surprised his daughter with the ultimate dinosaur treat — bringing Jurassic Park to life in their backyard.

Las Vegas stagehand Lyle Coram, 48, rigged up projectors, screens and lighting to bring lush Jurassic jungles to life in arid Nevada and then captured on video the moment that his seven-year-old daughter, Shelby Coram, first laid eyes on his astonishing work.

In the video, Shelby stands in front of the living room’s sliding glass doors, which appear to look out onto a verdant jungle landscape. 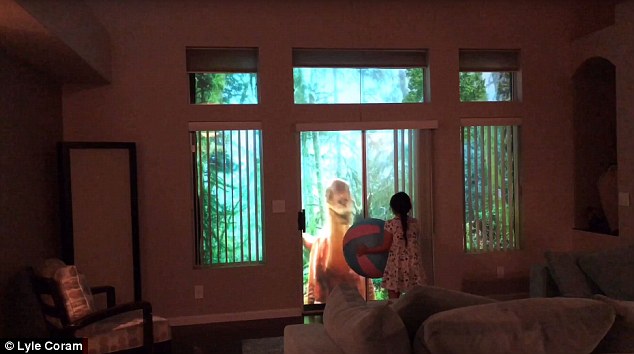 Seven-year-old Shelby Coram got a dino-sized treat when her dad, Lyle Coram, created a Jurassic wonderland in her backyard, complete with interactive dinosaurs 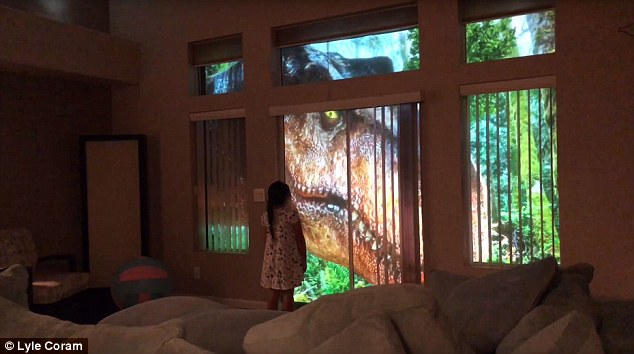 The piece de resistance was a curious Tyrannosaurus rex, which quickly spotted Shelby

Moments later, a trio of velociraptors run past. Then, what appears to be a baby brachiosaurus and its mom munch leaves off trees. A triceratops also lumbers past at one point.

The dinosaurs aren’t just for ogling, though.

Shelby is able to interact with them, waving a giant ball in the air to play with a smiling baby brachiosaurus.

She seems to be enjoying herself and her new dino pals — until, that is, a giant Tyrannosaurus rex, pokes its head into view.

The second its giant yellow eye focuses on her, Shelby runs off, ponytail flying out behind her.

Lyle said that his daughter had no idea what was in store for her and that he set up the Jurassic scene within an hour, using a screen and projector placed in the backyard.

Although she seems like she might’ve been scared off by the T-Rex, Lyle said that he wasn’t worried that the dinosaurs would give her a fright since her birthday is on Halloween and she’s ‘used to scary things.’ 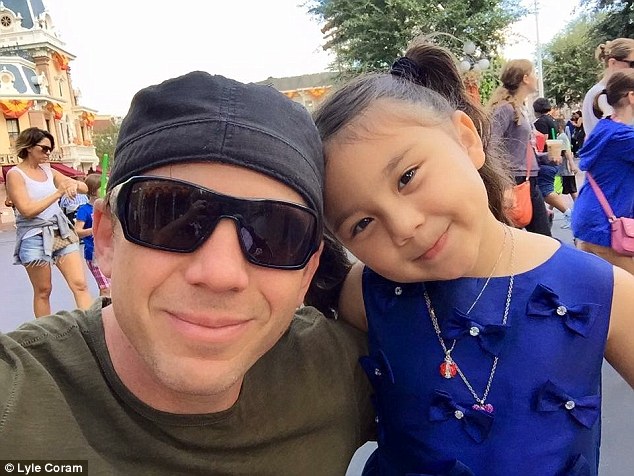 Lyle, a stagehand, said that he enjoys whipping up fun surprises for his daughter, Shelby 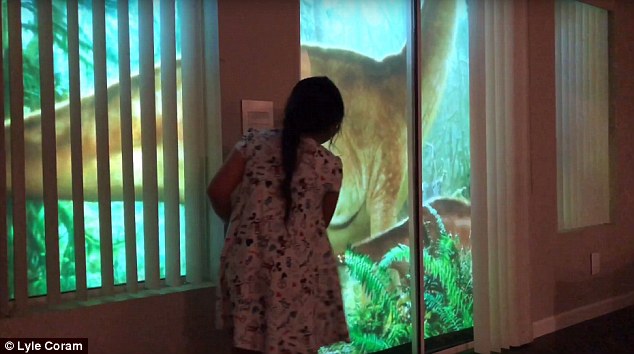 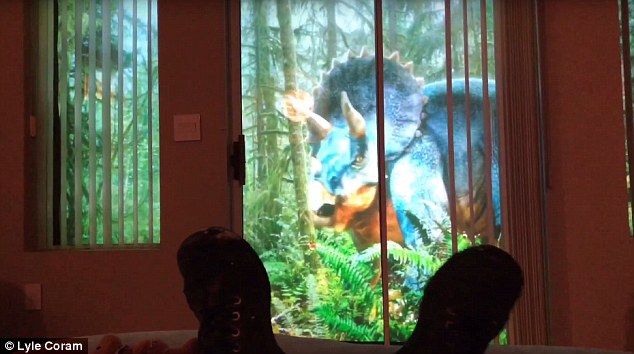 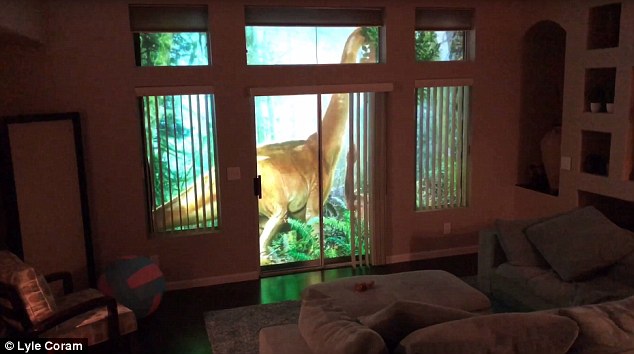 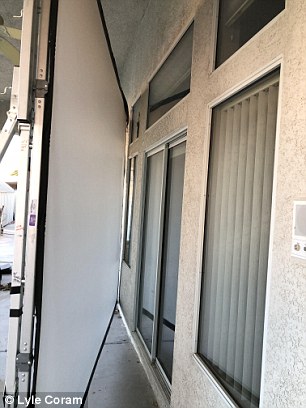 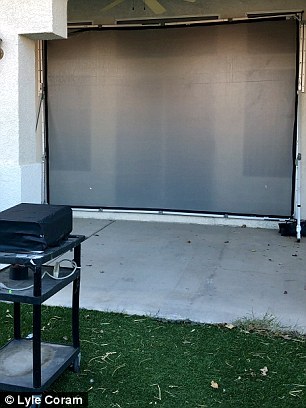 Lyle revealed that he created his personal Jurassic Park by setting up a screen and projector in his backyard. He said he was able to put everything together within an hour

Lyle said that he enjoys surprising his daughter and making up lighting and projection displays like this.

Earlier this year, Lyle revealed that he had transformed Disney-loving Shelby’s bedroom into her own private Disneyland, complete with a miniature Cinderella’s castle and a nightly fireworks display on her ceiling.

The project took three months to finish, Lyle told Love What Matters, with the hardest part being drilling hundreds of holes into the ceiling for the fiber optics that created the fireworks effects.

‘I’m a stagehand with IATSE LOCAL 720 and I work at Paris and Bally’s Las Vegas, so this type of work comes naturally to me,’ Lyle said.

Now that the backyard dino paradise is complete, Lyle plans to turn his attention back to Shelby’s room, expanding on the Disney theme by adding talking birds and singing mermaids.

How old was Patrick Swayze when he died, how did the Dirty Dancing actor die and who was his wife Lisa Niemi?

US court rules 400,000 immigrants can be forced to leave