Danish officers said they were hunting a Swedish-registered black Volvo V90 containing three people who are wanted for a ‘very serious crime’.

Police sources told Swedish newspaper Aftonbladet that the car is wanted in connection with a kidnapping. 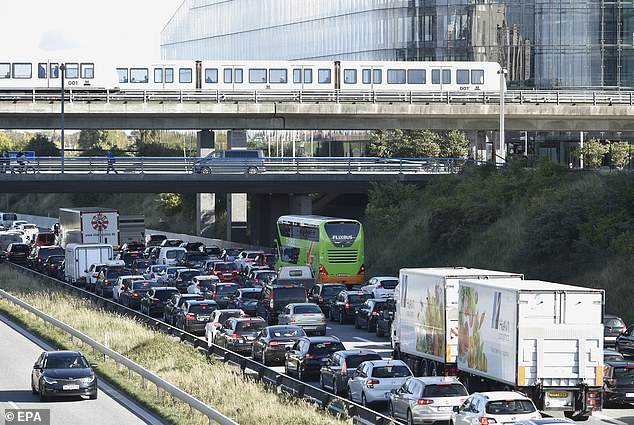 Trains, traffic and ferries were all brought to a halt on the Danish island of Zealand on Friday as police launched a manhunt for three ‘dangerous’ people driving a rented Volvo 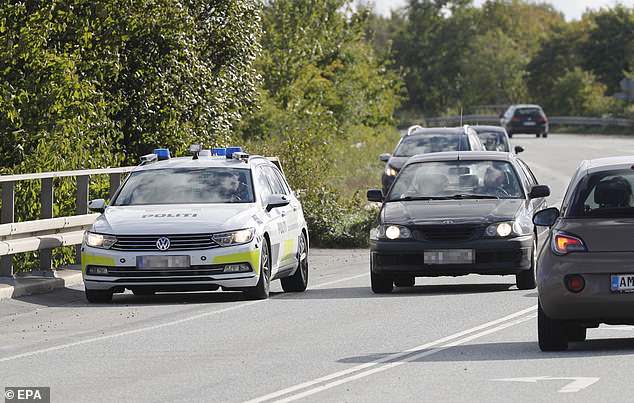 Copenhagen police said they were hunting a black, Swedish-registered vehicle in connection with a ‘serious crime’, but would not specify further

Members of the public were asked to call police if they spot the vehicle, but not to approach it or interact with the passengers.

In an effort to track the vehicle down, Danish police cut all links between the island of Zealand and its neighbours.

The Great Belt Bridge, connecting the Zealand with the island of Funen, was shut in both directions around 2pm as the manhunt got underway.

The Oresund Bridge, linking Zealand with Sweden, was partially closed in the direction of Sweden but reopened shortly after.

Ferry services linking the island with Sweden, the Danish mainland and Germany were also suspended.

Copenhagen Central Station was put on lockdown for a short time, but reopened.

Danish police have not said exactly where on Zealand they believe the vehicle is, and have not confirmed why the occupants are wanted. 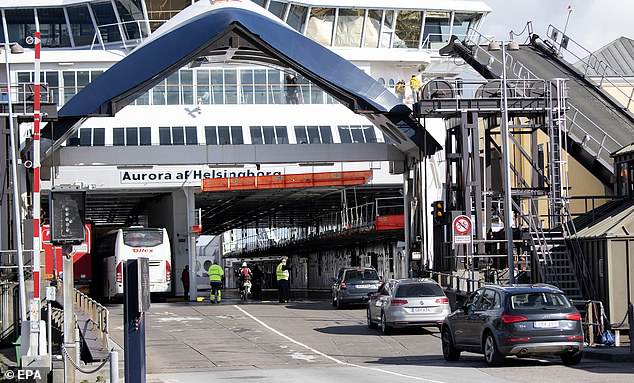 Ferries between the island of Zeland and its neighbours – including Sweden and Germany – were also suspended. Swedish media reported that the car was involved in a kidnapping 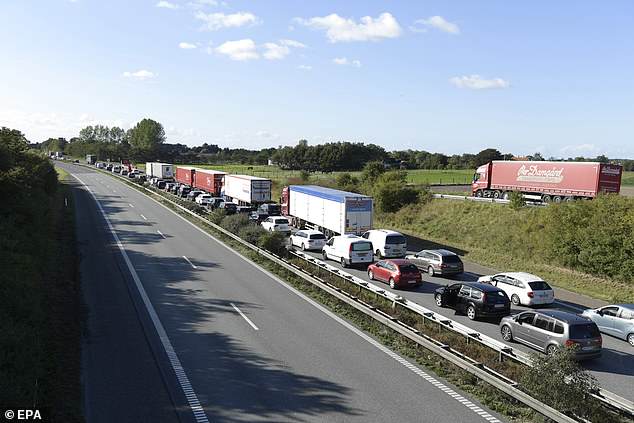 Vehicles queue after police stopped traffic from crossing the Great Belt Bridge, which connects the Danish islands of Zealand and Funen, as they hunt for the car 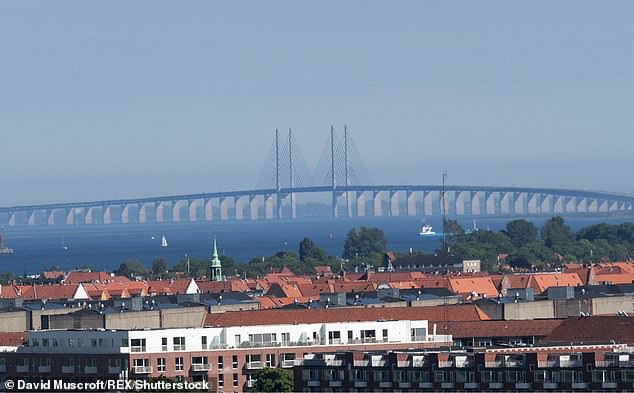 The Oresund Bridge, between Denmark and Sweden, was briefly closed going toward Sweden but reopened a short time later

Britain's poshest student is hiring 12 staff to help her through university — including a maid, butler AND housekeeper