The body of a man who went missing in Russia two years ago has been found chained to a tree with a video camera nearby.

Ivan Klyucharev disappeared in 2017 after going hiking. His remains including his skull were discovered tied to a tree in a forest in Shatura, near Moscow, by passers-by.

None of his possessions were missing, leading to the theory that he had chained himself to the tree rather than been attacked. 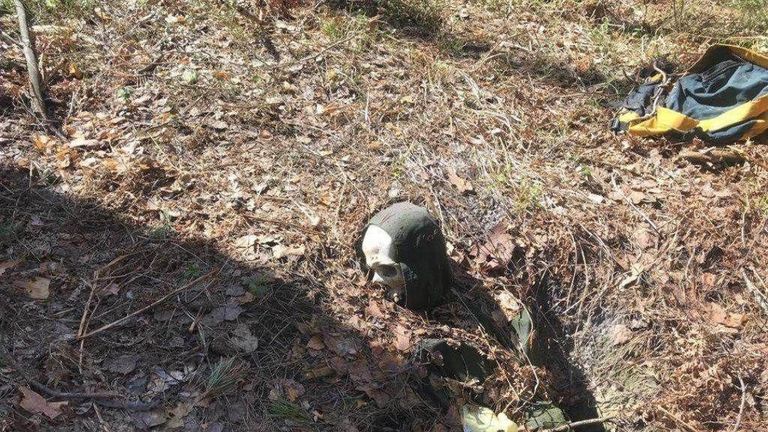 According to one local news website, the man’s mother had hired search teams on more than one occasion over the last two years, but had not been successful in finding him.

His friends described him as “impetuous” and said his favourite quote was “destiny will always lead us”.

They said they could imagine him going into the forest, locking himself up and throwing away the key.

According to the Russian Investigative Committee, Mr Klyucharev had been listed as missing since the end of May 2017 and was a member of a group which practices survival skills in extreme situations.

It’s thought he died one year ago.

A statement on the Moscow division of the investigative committee said: “It was established that the victim is a resident of Pushkin district born in 1987, listed in the federal wanted list as missing.

“According to this fact, the investigation department in the city of Shatura of the GSU Russian IC in the Moscow region organised an investigation.

“It was previously established that the deceased was in a community that practised survival in extreme conditions.

An investigation is under way.

Half of Brits would rather freeze this winter than burn money on pricey heating bills, study finds

Oxygen's Mindblowing Accident, Suicide or Murder is Back in May