Elderly residents and small children clung to inflatable tyres as soldiers and police used rope lines to bring them to safety beyond rising floodwater in Cambodia’s western province of Battambang, which is expected to worsen on Sunday.

Hundreds of families in three Cambodian provinces – Pursat, Battambang and Pailin – have been forced to evacuate amid extreme rainfall heralding the arrival of a tropical depression across the Mekong region.

“A two-year-old child and 57-year-old man have drowned in the flood,” Seak Vichet, a spokesman for the Cambodian national committee for disaster management told the AFP news agency late on Saturday.

Authorities do not yet have a clear picture of the extent of the damage or people affected but expect the situation to get worse.

In central Vietnam, almost a metre of rain has fallen in recent days.

The national highway linking northern Vietnam to the south has been flooded, while airlines cancelled some domestic flights, local media report.

Provincial Governor Vichien Chantaranothai said the Pak Chong district was the hardest hit, with 8,000 households and 12,000 people affected. About 200 homes were inundated. 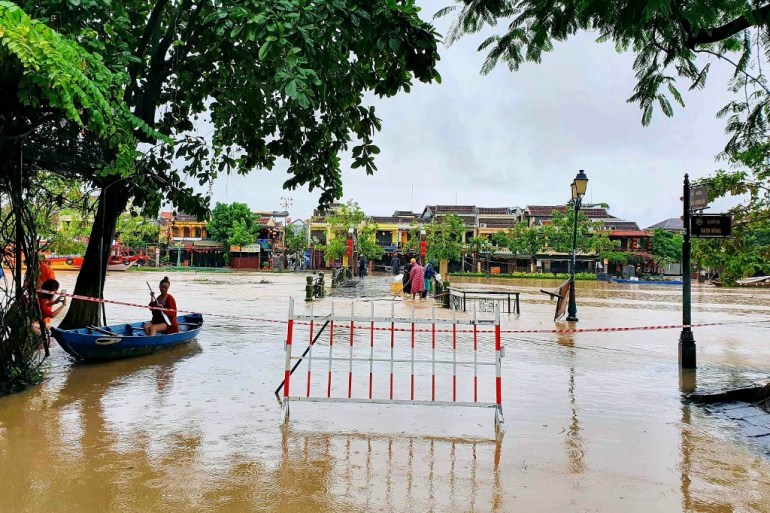 “The water is three metres deep in some parts,” he told reporters on Saturday.

The Khao Yai National Park was closed this weekend because of heavy rain and landslides.

In Laos, rising floodwaters have damaged villages and rice fields along the Xepon and Xebanghieng rivers in Savannakhet province with more rain on the way.

Josh Gad Spoiled 'Star Wars: The Rise of Skywalker' for Himself By Visiting the Set