An art dealer likely did forge an email from late Microsoft co-founder Paul Allen offering $10million for a Picasso painting, a judge found.

The email simply read ‘yes’ and ‘offer $10m’ and the information was relayed to the Carpenters shortly after a dinner at the Tate, lawyers for Ms Cole told the High Court.

But evidence of the email was provided by Ms Cole as a screenshot as the dealer – who trades as ACC Art – says her emails were lost from her laptop and an iPhone containing pertinent correspondence was misplaced.

The Carpenter siblings have launched a bid to bring contempt of court proceedings against Ms Cole and, in a High Court ruling published today, judge Mr Justice Trower said that ‘the evidence points to the fabrication of a document for the purpose of misleading the court’. 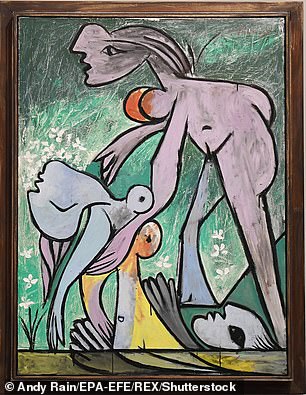 German-born Ms Cole is currently suing the Carpenter siblings for breach of contract over the 1932 surrealist painting, which shows a bather being pulled from the water in a beach scene.

Ms Cole’s lawyers claim the siblings, who bought the work in June 2017, did not recognise the importance of the piece until Ms Cole pointed out that the subject of the painting was Marie-Therese Walter, a mistress of Picasso.

Ms Cole claims that she entered into an oral contract with the brothers and sister in 2017, court documents state.

In the contract, it was agreed that, if she could get Le Sauvetage (The Rescue) entered as part of a major Picasso exhibition at the Tate Modern gallery, she would be granted an exclusive right to sell the work for a 12-month period, and receive 10 per cent commission on the sale price achieved for the painting. 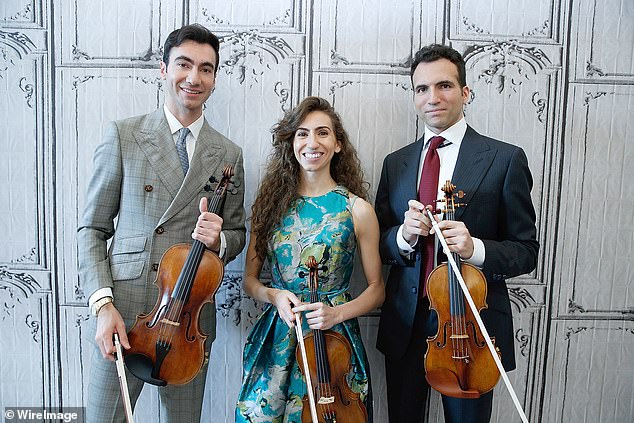 The Carpenters deny there was such a contract, or that Ms Cole was responsible for getting the work into the exhibition.

They also claim they are not proper parties to the proceedings because, during their dealings with Ms Cole, they were acting as officers or agents of Carpenter Fine Violins and Collectibles LLC, which owned the painting.

Lawyers for Ms Cole say part of her case is that emails from March 2018 show an offer from Mr Allen, who co-founded Microsoft with childhood friend Bill Gates and died in October 2018, to buy the work for $10million, and that this offer was relayed to the Carpenters shortly after a dinner at the Tate.

But the siblings claim the emails are false and have launched a bid to bring contempt of court proceedings against Ms Cole, who denies the allegation against her.

Someone found in contempt of court can face a jail term of up to two years, or an unlimited fine.

But, in a High Court ruling published on Monday, Mr Justice Trower dismissed the Carpenters’ application, saying that bringing contempt proceedings at this stage would be ‘premature’.

In his ruling, Mr Justice Trower said he was satisfied that the Carpenters had established an initial case as to the ‘falsity’ of the email exchange, but went on to say there were a number of other factors that needed to be taken into consideration when deciding whether to grant permission for the proceedings. 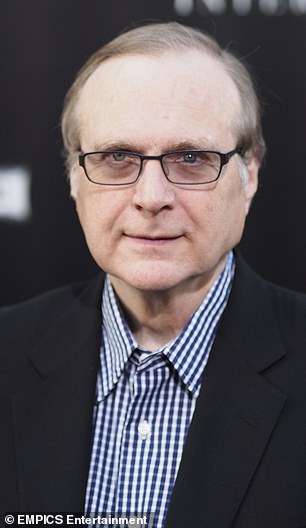 The email which she claims was from Microsoft co-founder Paul Allen (pictured) simply read ‘yes’ and ‘offer $10m’ and the information was relayed to the Carpenters shortly after a dinner at the Tate, lawyers for Ms Cole told the High Court

He concluded: ‘I am not satisfied that this is a case in which the defendants should be granted the permission that they seek.’

The senior judge said he was conscious that the allegations for which he considers an initial case has been established are ‘serious’, adding ‘the evidence points to the fabrication of a document for the purpose of misleading the court’.

Mr Justice Trower concluded: ‘In my judgment, the present case is one in which, whatever the position may be after the trial, bringing the contempt application at this stage would be premature, disproportionate and contrary to the overriding objective.

‘It would take one issue out of order and unbalance the proper conduct of the proceedings.’

In written submissions, Yash Bheeroo, barrister for the Carpenter siblings, had argued the ‘essence’ of the allegation against Ms Cole is that ‘she has falsified or caused to be falsified a purported email from Mr Paul Allen, the co-founder of Microsoft, which allegedly evidences him making a 10 million US dollar offer for the work on March 4 2018 in response to a purported email sent by Ms Cole to Mr Allen on March 3 2018’.

The barrister argued: ‘The evidence strongly supports no offer having been made by Mr Allen for the work and therefore the alleged email exchange not being a genuine email exchange.’

He asked the judge to grant permission to bring contempt proceedings on the grounds that Ms Cole ‘deliberately falsified or caused to be falsified’ evidence submitted to the court and that she ‘deliberately adduced this evidence to mislead the defendant and the court’.

Andrew Lomas, barrister for Ms Cole. said she ‘denies there has been any forgery or falsification’, that expert reports show the emails are ‘genuine and authentic’, and that there is ‘no evidence at all that the emails were falsified’.

He argued that the ‘obvious inference’ is that the application to bring the contempt proceedings ‘has nothing to do with bringing perceived wrongdoing to the attention of the court and everything to do with putting undue pressure on the claimant in the context of a bitterly-fought commercial dispute’.

Royal wedding: How did THIS royal buck the trend with her royal wedding dress?