A SHAMELESS death row killer told his victim's parents that he forgave them for their "anger and hatred" before being executed. 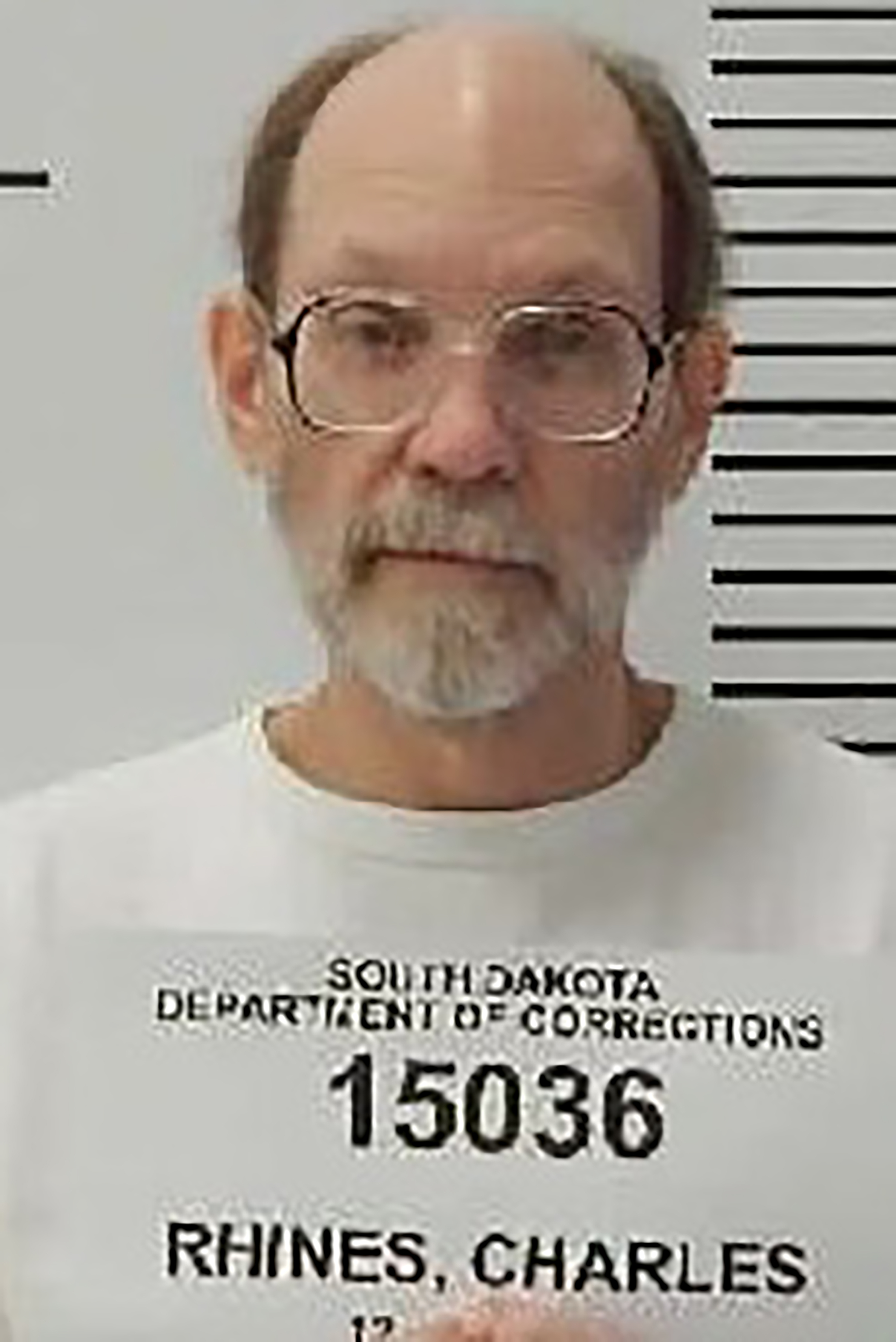 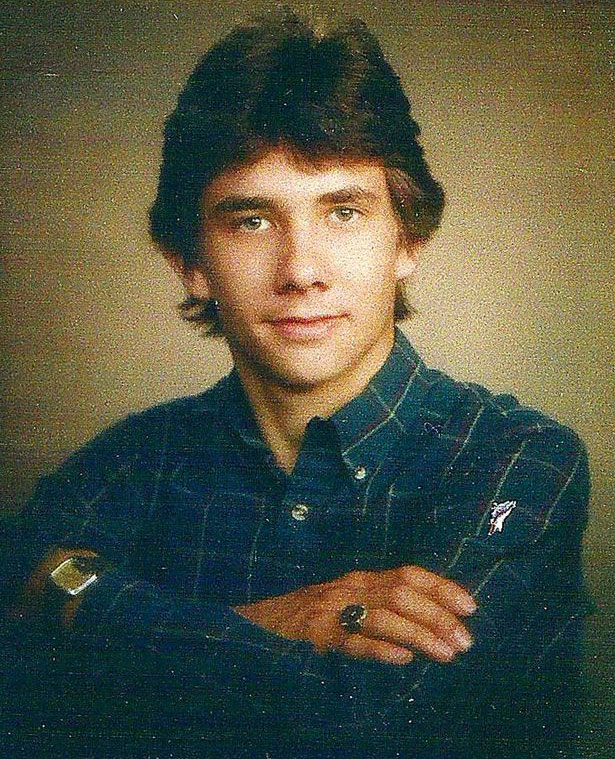 The 22-year-old interrupted Rhines as he attempted to steal from a doughnut shop, in Rapid City, South Dakota, weeks after he had been fired.

After Rhines stabbed him in the stomach he ignored his victim's pleas to be taken to a hospital as he bled to death.

Instead he tied him up, put him in a storeroom and stabbed him to death – he later laughed as he confessed to investigators.

BRAGGED ABOUT THE KILLING

Rhines was arrested four months after the murder.

He bragged about the killing to a former roommate after he moved to Washington state, where he had previously been imprisoned.

Rhines was executed by a lethal injection of pentobarbital, which took a minute to take effect.

He closed his eyes, blinked, his head rolled to the right and he passed out.

I forgive you for your anger and hatred toward me.

Before his death, the disgusting killer told the victim's parents Ed and Peggy Schaeffer that he forgave them.

Rhines said: "I forgive you for your anger and hatred toward me.

"I pray to God that he forgives you for your anger and hatred toward me."

He then went onto thank his legal team before he signed off: " I love you all, goodbye. Let's go. That's all I have to say. Goodbye." 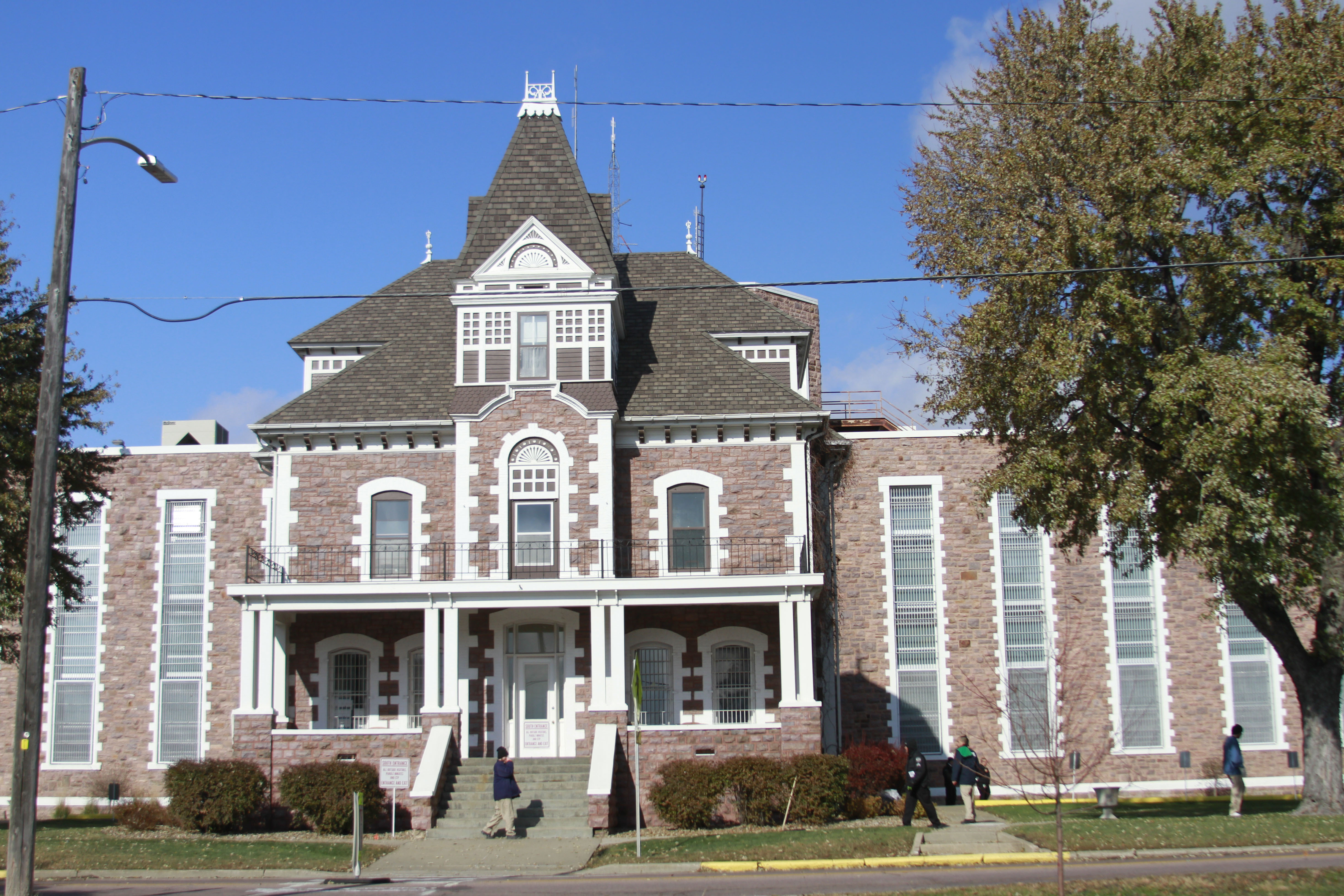 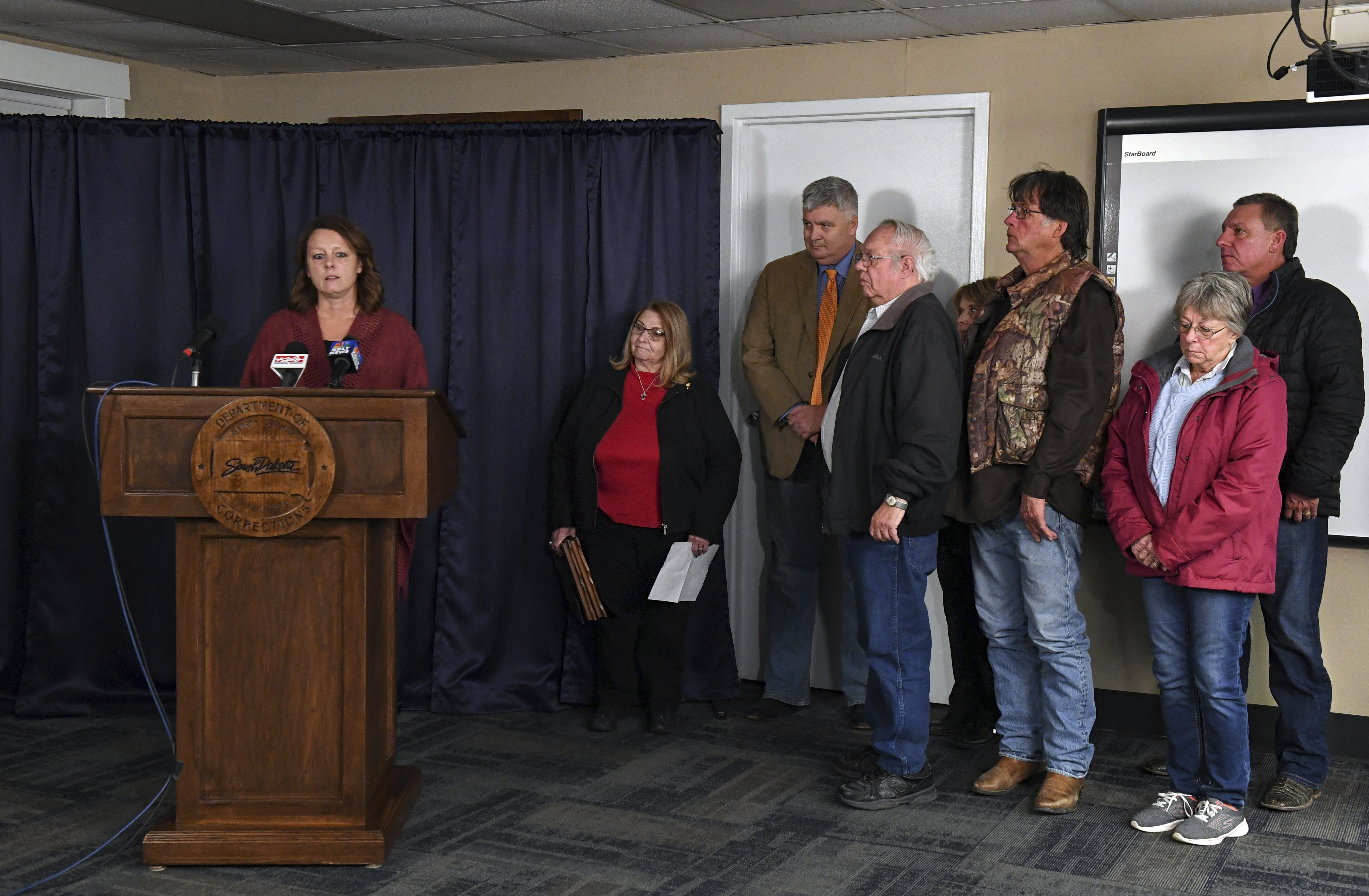 The family of Schaeffer chose not to talk extensively about their son's killer at a press conference on Monday evening.

Instead Patty held a photo of Donnivan as a child with his brother and another of him graduating.

She said: "We were so blessed to have this young man in our family and in our life.

"Today is the day that we talk about Donnivan, the guy who loved his family, his fiancé, and his friends."

Addressing Rhines' last words, Peggy added that she holds no anger towards him and has already forgiven him.

Schaeffer's fiancé, Sheila Jackson, explained that her partner would have wanted Rhines to face the death penalty.

She claimed to have discussed the moral issue with him on the day that he was killed.

Allegedly he told her that he believed in "an eye for an eye" justice.

Rapid City police detective Steve Allender, who is now the city's mayor, believes the jury sentenced Rhines to death because of his confession.

In an audio recording they were shocked by his "chilling laughter" as Rhineds' described Schaeffer's dead body as it spasmed.

"I watched the jury as they listened to the confession of Charles Rhines on audiotape and their reaction to his confession was appropriate.

"Any human being would be repulsed by the things he said and the way he said them," Allender told KELO.

Rhines challenged the state's use of pentobarbital in his execution and argued that it was not the ultra-fast-acting drug he was entitled to.

The judge, who deemed it the fastest drug that could be used, speculated the appeal was the killer's effort to delay his execution.

The US Supreme Court rejected his appeal and his additional argument that he was sentenced by a jury with an anti-gay bias.

He also had claimed that he was not given access to experts who could have examined him for cognitive or psychiatric impairments.

The debate over the use of pentobarbital still continues in the US after a death row inmates have claimed to "feel" the drug.

Rodney Berget, of South Daktoa, who killed a prison guard during a 2011 escape attempt, was pronounced dead 12 minutes after the lethal injection began.

"Is it supposed to feel like that?" he said, according to a transcript.

In Texas another inmate, put to death in July last year, cursed twice and stated that the drug was "burning" his throat and that it "hurt".

"Oooh-ee! I can feel that," he said before he slipped into unconsciousness.

Earlier in the afternoon before Rhines' execution around 30 protesters gathered outside to sing and pray hymns.

Denny Davis, of South Daktoans for Alternatives to the Death Penalty, hoped to steer public opinion away from the death penalty.

He said: "It is about a culture shift and changing the values of people.

"Why would we want to put this person to death when society is already safe?"

Unforgotten recap: What happened in series 1, 2 and 3?

Gear to Make Room in a Tiny Kitchen