MANAGUA (Reuters) – At least six people have died in violent protests in Nicaragua over changes to social security, the Red Cross said on Saturday, as pressure increased on the government of President Daniel Ortega to halt the bloodshed.

A riot policeman fires rubber bullets during clashes with university students protesting over a controversial reform to the pension plans of the Nicaraguan Social Security Institute (INSS) in Managua, Nicaragua April 20, 2018. REUTERS/Oswaldo Rivas

Nicaraguans have been protesting since Wednesday against the changes that increase worker contributions and lower pensions, sparking one of the biggest crises in the administration of Ortega, a former Marxist guerrilla.

Lissett Guido, a spokeswoman for the Red Cross of Nicaragua, said in total five people had died in Managua and another in the municipality of Tipitapa, northeast of the capital.

“Most deaths were due to firearms,” she said.

Guido could not confirm local media reports that at least 10 people had died, and said any other fatalities must have occurred in areas the Red Cross had not reached.

A demonstrator uses a slingshot to hurl stones toward riot police during a protest of university students over a controversial reform to the pension plans of the Nicaraguan Social Security Institute (INSS) in Managua, Nicaragua April 20, 2018. REUTERS/Oswaldo Rivas

A Cold War antagonist of the United States, Ortega served a single term as president the 1980s and has held office continuously since his return to power in 2007.

Through a mix of socialist policies and capitalism, Ortega has delivered a period of stable growth while tightening his hold on the levers of power. That has led critics to accuse him of attempting to establish a family dictatorship. 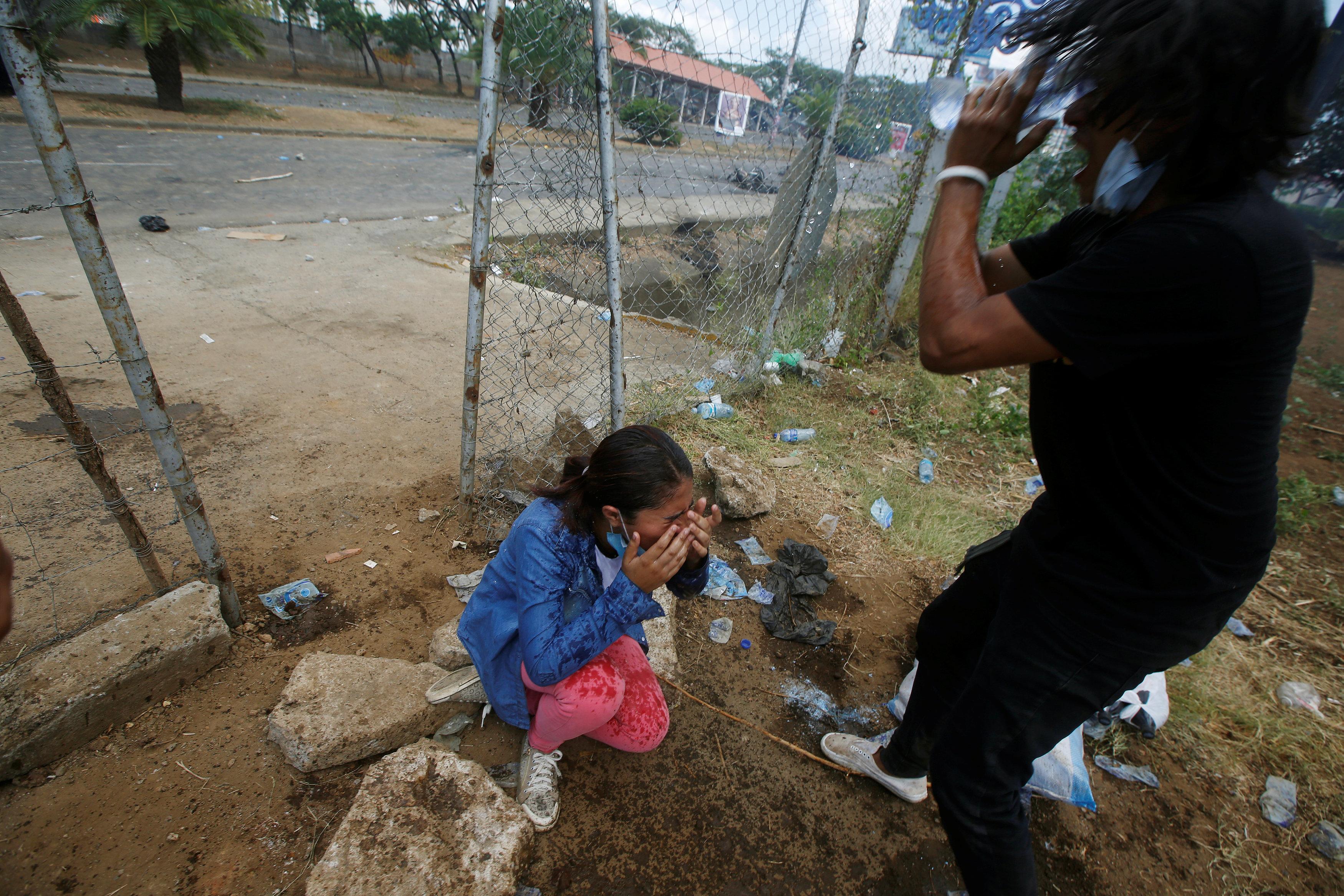 Vice President Rosario Murillo, Ortega’s wife, told local radio that police reported at least six people dead in the protests. She said the government was prepared to engage in “dialogue” with employers to end the dispute.

At least 28 police have been injured in the violence, Murillo said.

The government argues its changes to social security are fiscally necessary, but the protests are the biggest challenge to Ortega’s authority since he resumed the presidency.

Hundreds of retirees began demonstrating on Wednesday after the government approved the changes this week. They were joined the next day by thousands of students and business workers in cities around the nation, sparking clashes with police.

At least three local television stations broadcasting the protests live have had their signals abruptly cut.

The United Nations office on human rights has expressed its concern about the violence, and called on Nicaraguan authorities to stop further attacks on demonstrators and the media.

‘On the edge of a precipice’: Lentil As Anything fights to stay alive

Convicted killer battered mum-of-two, bit her and tore out her hair after she dared to leave him – The Sun