Revealed: How delivery drivers are using online ‘sorry we missed you’ notes to avoid dropping off parcels at Christmas time

Delivery drivers are using ‘sorry we missed you’ notes to avoid dropping off packages during the busy festive period, a new survey has found.

Social media is often awash with furious customer complaints about missed packages they waited in all day for but were still not delivered.

But a study by consumer group Which? has found nine per cent of people were landed with a missed delivery note – when delivery was not even attempted in the first place.

Gary Marshall-Stevens said of his missed delivery at home in Cornwall: ‘@AmazonUK and @DPD_UK woefully inadequate service once again.

‘Your ‘systems’ create a culture where your drivers are keener to pop ‘sorry we missed you’ cards through a letterbox than to wait 5 seconds for someone to answer the door and a package be delivered.’ 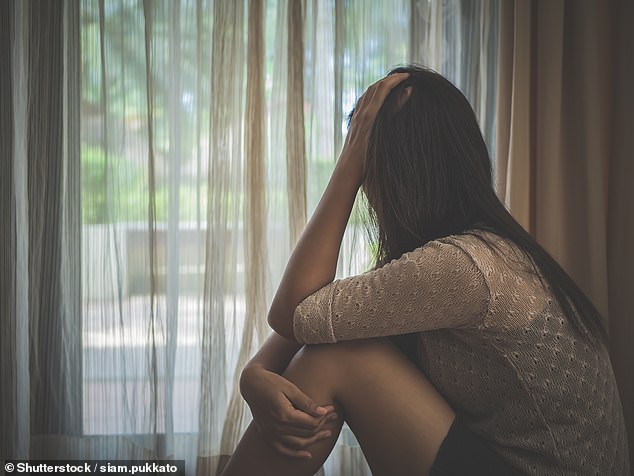 A study by consumer group Which? has found nine per cent of people were landed with a missed delivery note – when delivery was not even attempted in the first place and the customer stayed in all day waiting for it. File image used

David Williams fumed: ‘I hate #HERMES why cannot @Hermesparcels get it right.

‘Did not deliver as prommised by @AmazonUK no card left no knock on the door, on the tracking: ‘Sorry we missed you. Hermes UK tried to deliver your package today but didn’t want to leave it unattended.’ What a load of c***!!!’ 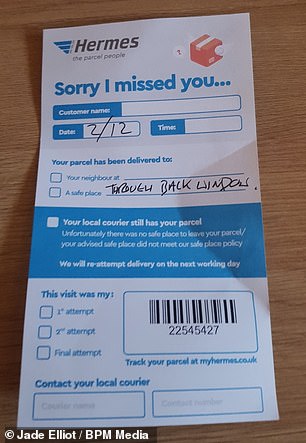 Pictured: An example of a missed package note by delivery company Hermes

Alan, from Brighton, posted on Twitter: ‘So just got an email from @AmazonUK saying ‘sorry we missed you, we didn’t want to leave your package outside’.

‘I’ve been in all day, we have a porch and a shed as safe spot. Driver didn’t come – would be a much shorter email.’

Of the 2,095 people surveyed during last year’s Christmas period, more than half (58 per cent) had experienced a problem with online deliveries.

Seven per cent claimed their packages were dumped in the bin, four per cent chucked over the fence and two per cent say they vanished after being ‘left with a neighbour’.

One shopper revealed their dog found their parcel, while another reported their item had been taken away by binmen after being left in the recycling bin.

Alex Neill, Which? managing director of home products and services, said: ‘Problems with our deliveries really can be a nightmare before Christmas, causing added stress at a busy time of year.

‘If you face a delivery issue, remember that you have rights and should contact the retailer as soon as possible to have your problem solved.’ 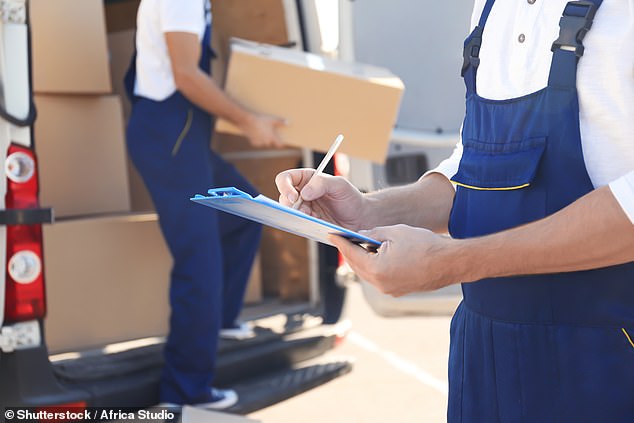 Of the 2,095 people surveyed during last year’s Christmas period, more than half (58 per cent) had experienced a problem with online deliveries. File image used

The survey found 90 per cent of people now buy at least one item online at Christmas, while just over half (51 per cent) buy five or more.

Almost a quarter (24 per cent) said they faced failed deliveries, while around one in 10 (11 per cent) reported that a parcel had been left outside their door without having given prior consent.

When asked about specific problems, one shopper said their dog found the parcel and was running around with it, adding: ‘Luckily he was spotted, and the item removed before he buried it.’

Another complained: ‘Delivery drivers often leave items in bins. I even had a laptop left in there once.’

Around three in 10 people (29 per cent) said they received a delivery earlier than expected, which while could be seen as a positive, can potentially cause problems for those who have made arrangements to be at home at the time of the expected arrival.

A Hermes spokesman said: ‘We successfully deliver more than 330 million parcels each year, and Christmas is our busiest time. We would like to apologise to anyone that has not received a good service.

‘We have recently implemented new technology to enhance our delivery experience, including geo-location tagging, which enables us to identify exactly where a parcel was scanned, and ‘Safe Place Photo’ where couriers must take a photo of the location they have left a parcel.

‘This also helps us to ensure that our couriers operate to our strict delivery guidelines and that we continually improve the way we deliver.’ 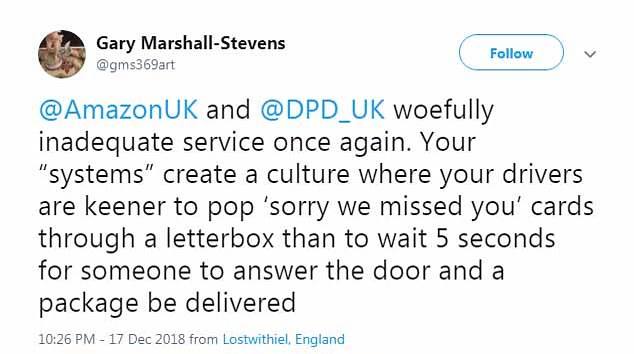 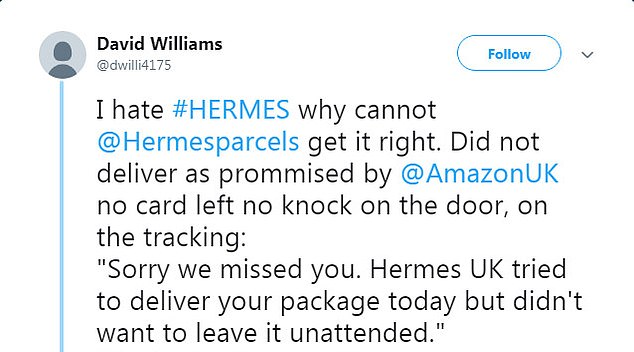