New York: A former energy company executive from Vermont has made history by becoming the first transgender candidate to be nominated by a major party for a governorship in US history.

Christine Hallquist, 62, easily won the Vermont Democratic primary on Tuesday night US time, winning 48 per cent of the vote – more than twice that of her nearest rival. 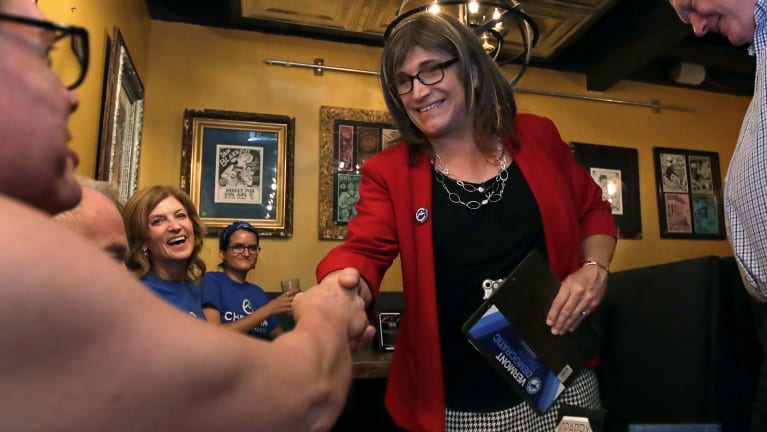 If elected in November Hallquist would be America's first transgender governor.

She has said that running for office is far easier than embracing her identity as a transgender woman.

But the state currently has a popular moderate Republican governor, Phil Scott, who is favoured to win re-election in November. Scott, who refused to endorse Trump, has passed gun control legislation and is pro-abortion rights and same-sex marriage. 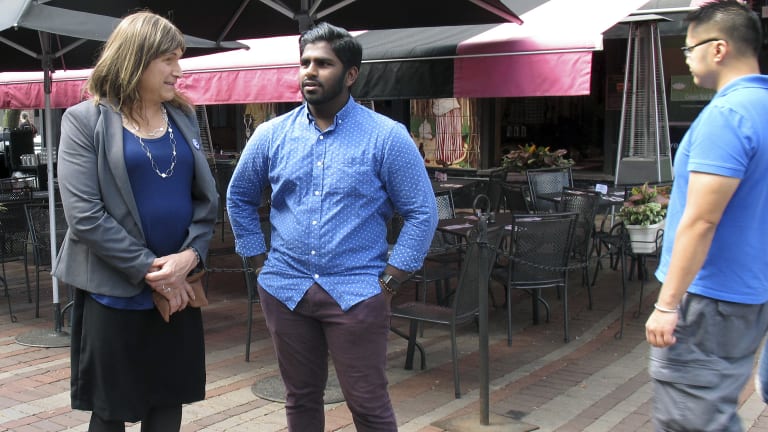 During the campaign, Hallquist said it was a "miracle" that voters had accepted her just three years after her transition. She has run on a platform of expanding Medicare coverage, improving broadband services and increasing funding for public education.

Meanwhile an iron worker and union organiser who has become famous for the nickname "Ironstache" won the Democratic primary for a seat on the Wisconsin House of Representatives that is currently held by Republican Speaker Paul Ryan.

Ryan, the third most powerful person in American politics, is retiring in November to spend more time with his family, leaving the marginal seat he has held for 20 years vacant. 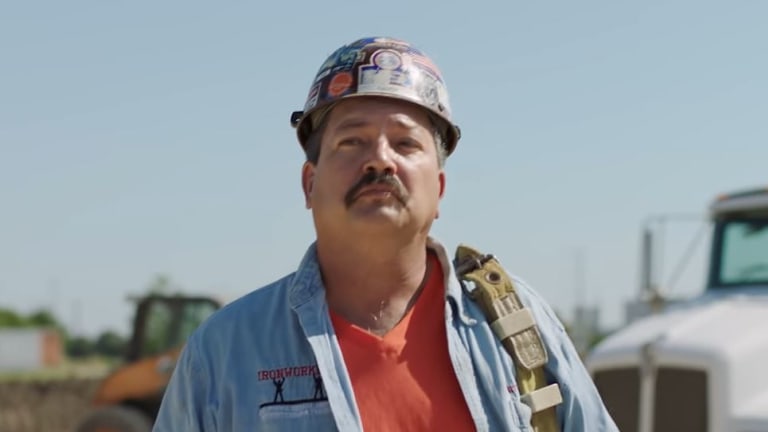 Randy Bryce, aka Ironstache, is campaigning for the Winscosin seat of US House speaker Paul Ryan.

Last year Randy "Ironstache" Bryce released a campaign advertisement that went viral in which he said he and Ryan should trade places, earning him an influx of donations and high-profile endorsements.

Since then, he attracted unwelcome attention for past failures to pay child support and being arrested for marijuana use and drink driving. But he easily won the Democratic primary on Tuesday night, local time. 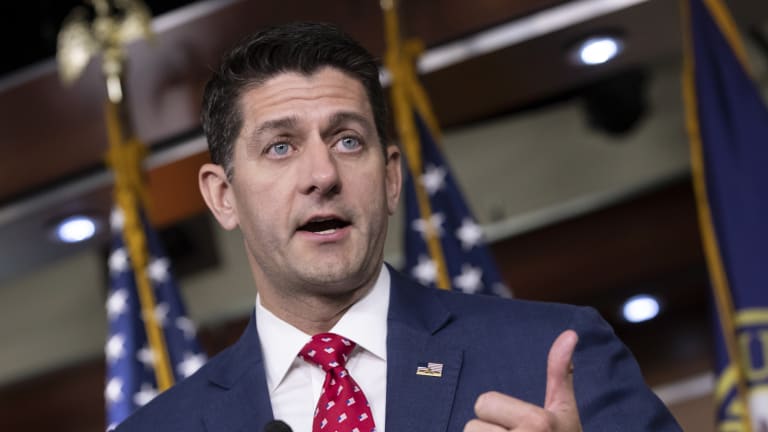 Speaker of the House Paul Ryan

He will compete against Republican nominee Bryan Steil, a former Ryan staffer, at the November midterm elections.

In Minnesota Ilhan Omar, a former refugee who migrated to the US from Somalia at age 12, won the Democratic primary for Minnesota's 5th Congressional District, a left-leaning seat.

Omar and her family fled the country at the start of the civil war in 1991, spending several years in a Kenyan refugee camp.

She would be among the first Muslim women ever elected to Congress if she is successful in November.

Also in Minnestoa, Republicans confirmed President Donald Trump's control over the party base by rejecting a comeback bid by former governor and Trump critic Tim Pawlenty.

Pawlenty served as governor from 2003 to 2011 and wanted to return to the job. But his criticism of Trump in the 2016 presidential election campaign – in which he described the then-nominee as "unhinged and unfit” for boasting that he groped women – cost him support among the party's base and he was defeated by Trump loyalist Jeff Johnson.

“The Republican Party has shifted,” Pawlenty said, after conceding defeat. “It is the era of Trump, and I’m just not a Trump-like politician.”

In Connecticut, Jahana Hayes is set to become the first ever African American woman to be elected to Congress from the Democrat-leaning state.

She easily won the Democratic primary to be the party's nominee for the state's fifth congressional district.

Spoilers: Darren makes a huge revelation to Nancy in Hollyoaks