A Florida school resource officer has been fired and faces an investigation after a video surfaced on social media showing him yanking a middle school student by her hair.

Following outrage, the Orange County Sheriff’s Office released body cam footage of the incident Friday. In the video, officers are shown responding to a fight that broke out between students outside Westridge Middle School in Orlando, Florida. It shows one deputy holding a girl against the trunk of a car, with her arms held behind her back.

The officer, who is white, then grabs the girl, who is black, by a hair scarf, pulling her head back and saying, “You’re the one who started this s— at school. … I’m tired of this s—.”

He then drags the girl to a police car and puts her in the back seat. The girl was briefly detained before being released to a parent, authorities said.

Authorities have not identified the officer involved in the incident. 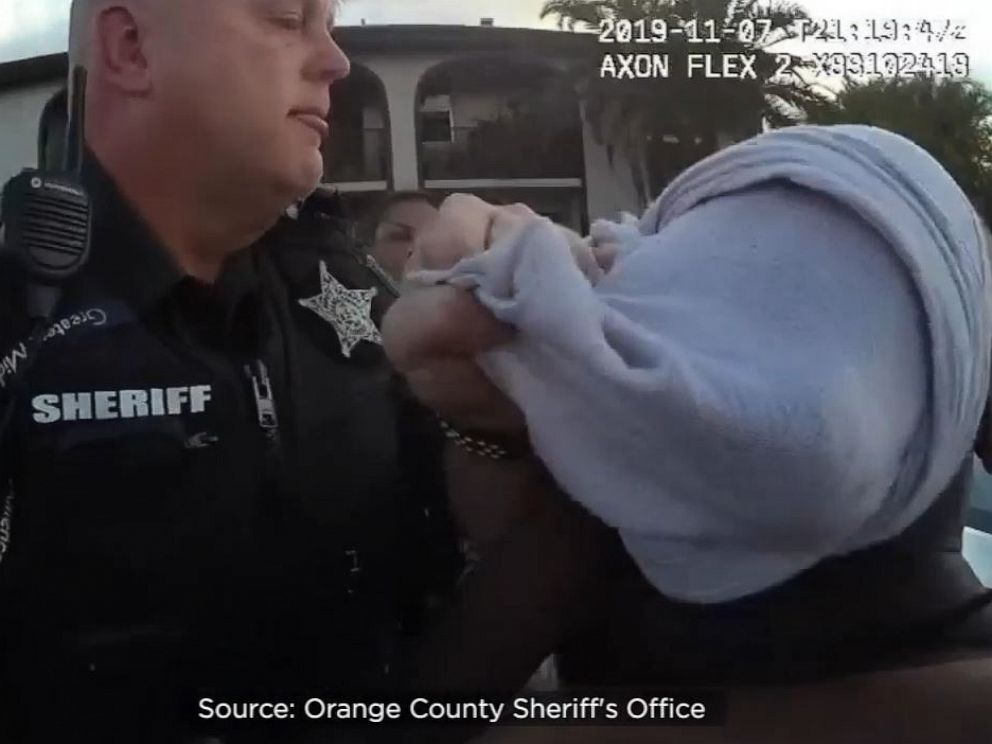 In a press conference Friday, Orange County Sheriff John Mina described the officer’s conduct as “out of control.”

“I am extremely upset, disappointed and outraged by the conduct of our deputy sheriff in this instance,” Mina said. “I want the community to know that this type of behavior is not going to be tolerated at the Orange County Sheriff’s Office.”

Mina told reporters that he had been made aware of the video on Friday morning, and that after reviewing it and footage from the department’s own body cameras, the decision was made to terminate the deputy’s employment.

Footage from a body camera worn by another deputy responding to the incident showed him addressing the same student moments before the now-fired deputy intervened. The first deputy is heard telling the girl to relax, and saying he is not yelling at her.

“The school resource deputy showed up and actually escalated the situation and made it worse,” Mina said.

The department’s internal affairs section is conducting its own investigation of the incident, the findings of which will be turned over to the State’s Attorney’s Office to see if criminal charges are warranted.