Did a hypnotist who treated Adolf Hitler for shell shock in 1918 by using his ‘desire to be like a God’ help spark the Second World War?

Adolf Hitler was turned into a murderous dictator by a hypnotist trying to cure him of the effects of a World War I gas attack, a new book has suggested.

German medic Dr Edmund Forster is claimed to have treated Hitler for ‘hysterical blindness’ in 1918 by appealing to his ‘desire to be like a God’.

The ‘treatment’ is said to have inspired Hitler to think he had a mission to lead Germany to greatness, potentially setting in motion the events which led to his rise to power and ended with the horrors of the Holocaust and World War II.

Dr Forster is claimed to have killed himself in 1933, the year Hitler came to power, after realising the consequences of what had happened, the Daily Express reported. 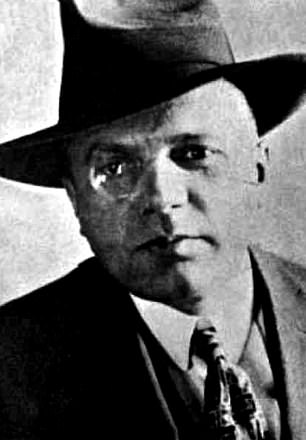 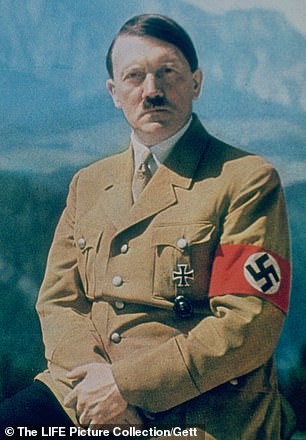 Hitler claimed in his infamous work Mein Kampf to have been attacked with mustard gas by British troops in Belgium during World War I.

He said the British had attacked in October 1918 south of Ypres using a ‘yellow gas…unknown to us’.

David Lewis, who has written the book Triumph of the Will? – a reference to a Nazi propaganda film – says Hitler was rushed to hospital apparently blind.

Doctors did not think he had physical eye injuries but diagnosed ‘hysterical blindness’ and sent him for treatment with Dr Forster.

The German doctor is claimed to have told him: ‘With your symptoms, an ordinary person would be blind for life.

‘But for a person with exceptional strength of will-power and spiritual energy there are no limits.

‘You know Germany now needs people who have energy and faith in themselves.’

The book claims that Hitler’s vision was restored as a result of the ‘treatment’ and suggests that it led him on the path to dictatorship.

Dr Forster is said to have committed suicide in 1933, supposedly to protect his family after Hitler came to power and apparently sought to remove any trace of the episode.

Hitler was appointed Chancellor on January 30, 1933, and within months had turned Germany into a one-party dictatorship.

Who is Madonna's boyfriend and how old is he?