REVOLTING footage has emerged of a Chinese diner dipping a baby mice in sauce and scoffing it alive.

The clip shows the man sipping a glass of white wine before picking up rodent with a chopstick from a plate. 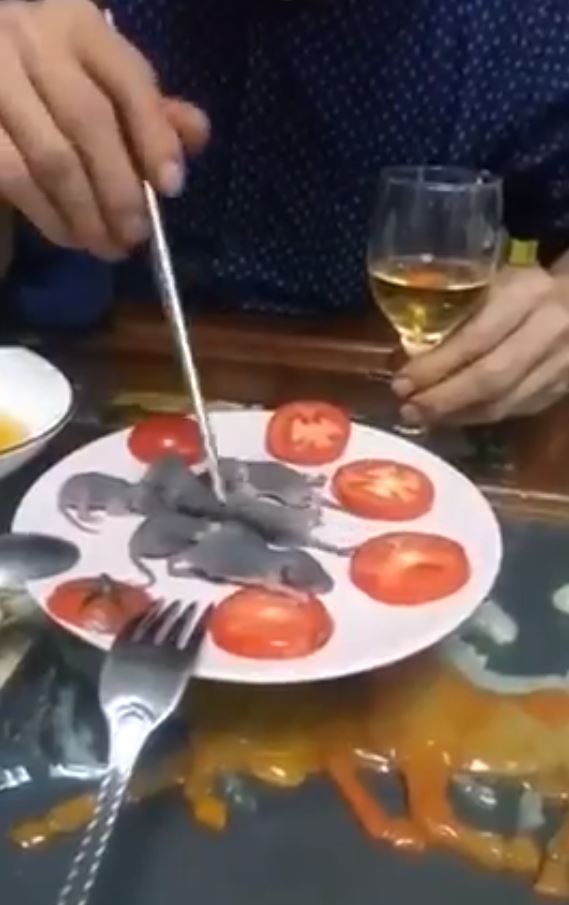 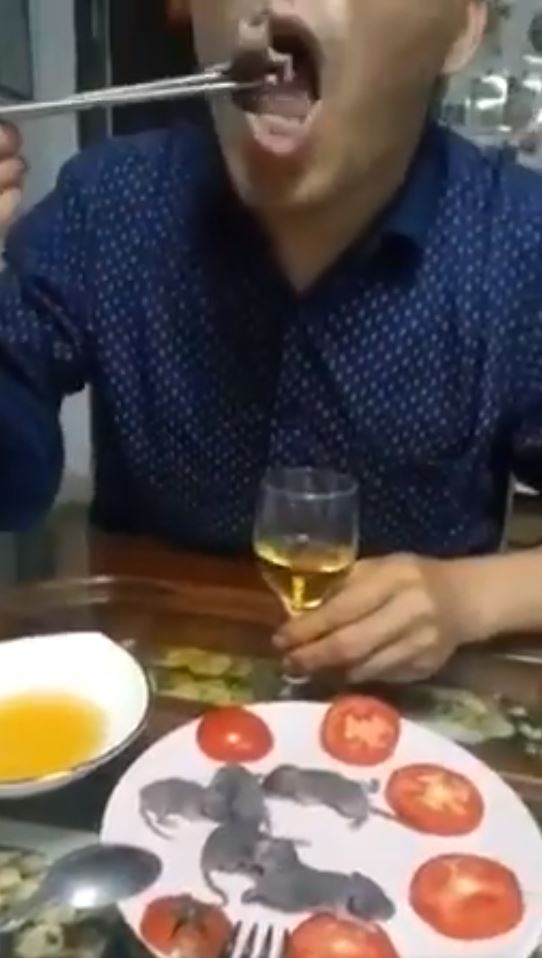 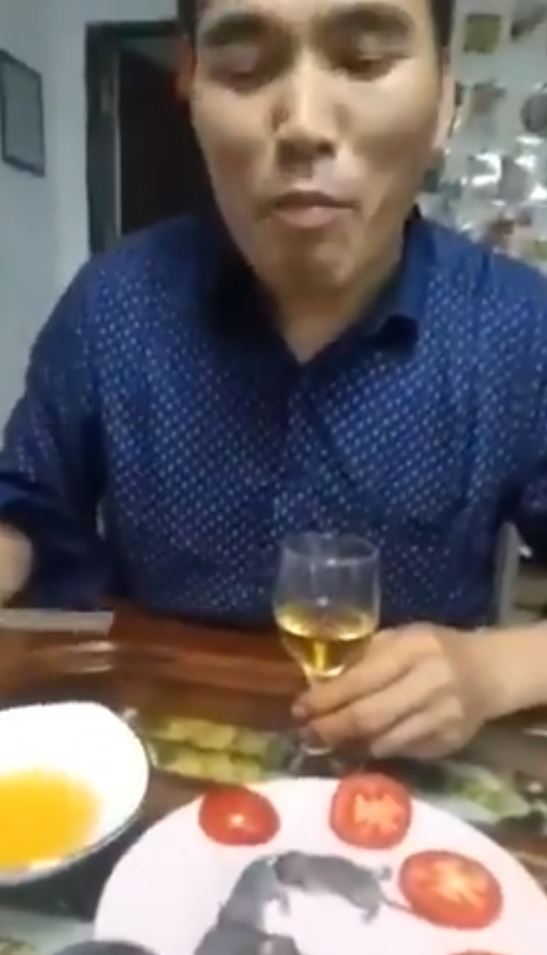 The dish is known as Three Squeaks, because the mouse squeaks when it gets picked up by the diner, again when it gets dipped into the sauce and finally when it dies.

This gruesome delicacy is said to be popular throughout the Guangdong province.

It is unclear where and when this footage was taken.

The dish is banned in China but is still widely available in backstreet restaurants.

It comes after another controversial Chinese dish came under scrutiny after scientists linked bat soup to the outbreak of coronavirus in the city of Wuhan.

It is feared the deadly strain shares a common ancestor with a virus found only in fruit bats.

And since then footage and images have been circulated purporting to show people eating the Chinese delicacy.

Bat soup is also reported to be popular dish particularly in Wuhan, where the virus is understood to have originated at an open air fish market.

Unconfirmed footage posted on social media show people eating soup from a bowl with a grinning dead bat on the side.

Another image appears to show a dead bat with its stomach removed and filled with a broth.

Dawn Ward breaks her silence after she was cleared of charges