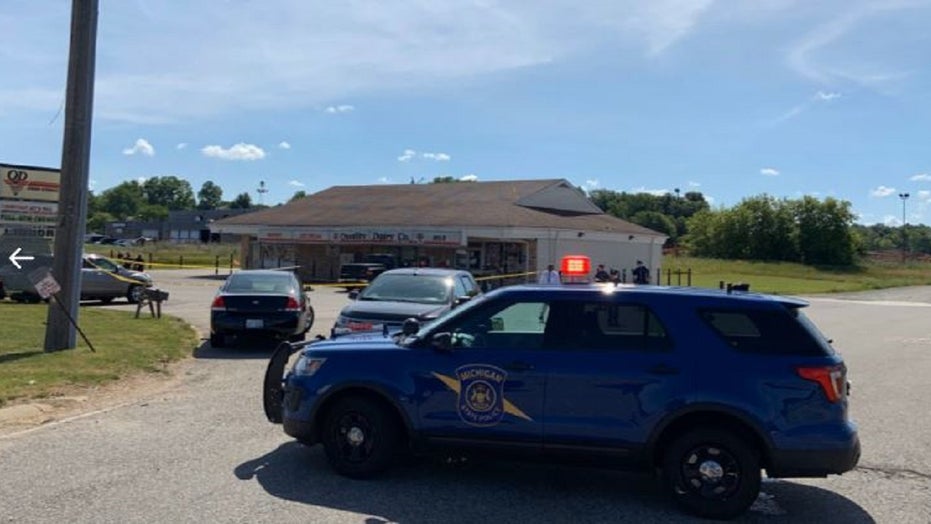 A Michigan man suspected of stabbing an elderly man outside a convenience store after being refused service for not wearing a mask was fatally shot by a sheriff's deputy, authorities said Tuesday.

Sean Ernest Ruis, 43, of Grand Ledge, walked into a Quality Dairy store in Windsor Township before just after 6:30 a.m. and got into an argument with 77-year-old man inside during a confrontation over his refusal to wear a face covering, Michigan State Police Lt. Brian Oleksyk said.

Both men left the store and continued the dispute in the parking lot. Ruis stabbed the man and fled the area in a car, Oleksyk said.

An Eaton County Sheriff's deputy spotted the vehicle and initiated a traffic stop. Ruis allegedly got out the car holding a knife and approached the deputy, authorities said. 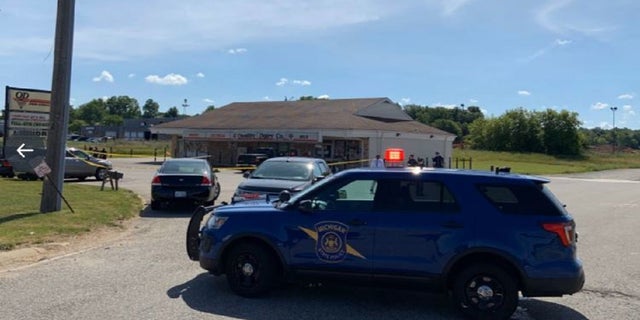 A man was refused to wear a face covering inside a Michigan convenience store was fatally shot by an Eaton County sheriff’s deputy Tuesday after allegedly stabbing a 77-year-old man over an argument about the mask requirement.
(Michigan State Police)

"The deputy attempted to increase distance by backing up and subsequently shot and injured the suspect," Oleksyk said.

Ruis died en route to a Lansing-area hospital. The stabbing victim was taken to a hospital. His condition and the extent of his injuries were not immediately available.

The female deputy, whose name was not released, is a 22-year veteran of the sheriff's department and was left unharmed. The Michigan State Police is investigating both incidents.

The fatal shooting comes on the second day of Gov. Gretchen Whitmer’s order that mandates masks be worn inside businesses. The order compels businesses to refuse entry or service to anyone not wearing one. Face coverings must also be worn in crowded outdoor spaces and indoor public areas.

Ruis had worked as a transportation technician for the state Department of Transportation since 2008, spokesman Aaron Jenkins told Fox News.

Missing woman, 35, in Santa outfit last seen ‘stopped by group of men in a car’ has been found safe and well, police say