New York photojournalist Anthony Karen was allowed access to the extreme right-wing families as they rally or meet up socially. 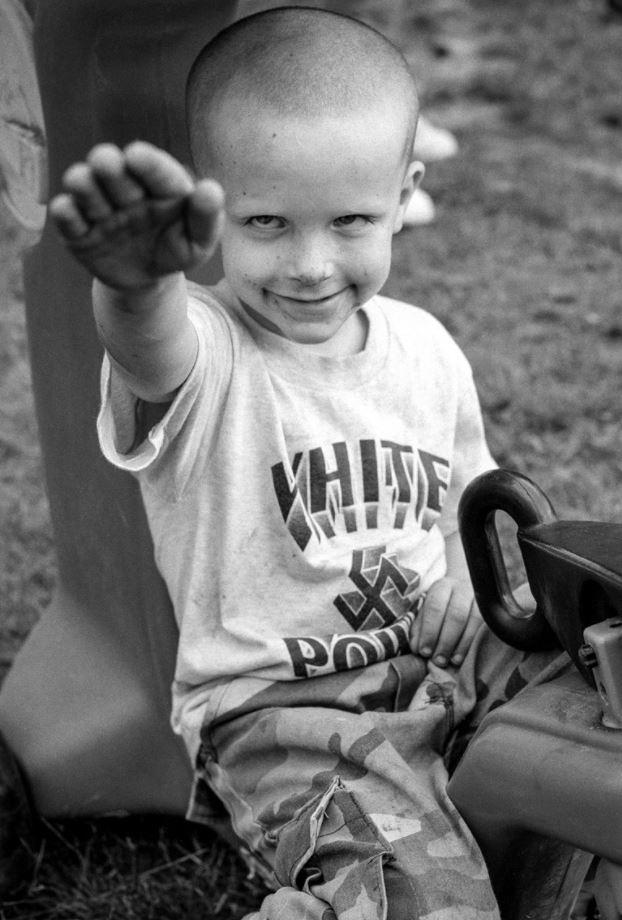 He spent 11 years capturing the shocking pictures full of Nazi regalia – including one showing a young boy wearing a T-shirt with a swastika on it.

His arm is outstretched arm as he performs a fascist salute.

Another child can be seen selling lemonade at a stand – a common sight in America’s suburbia.

But unlike other stalls of this kind, it bears the SS logo and has “Future White Knights” written on the front. 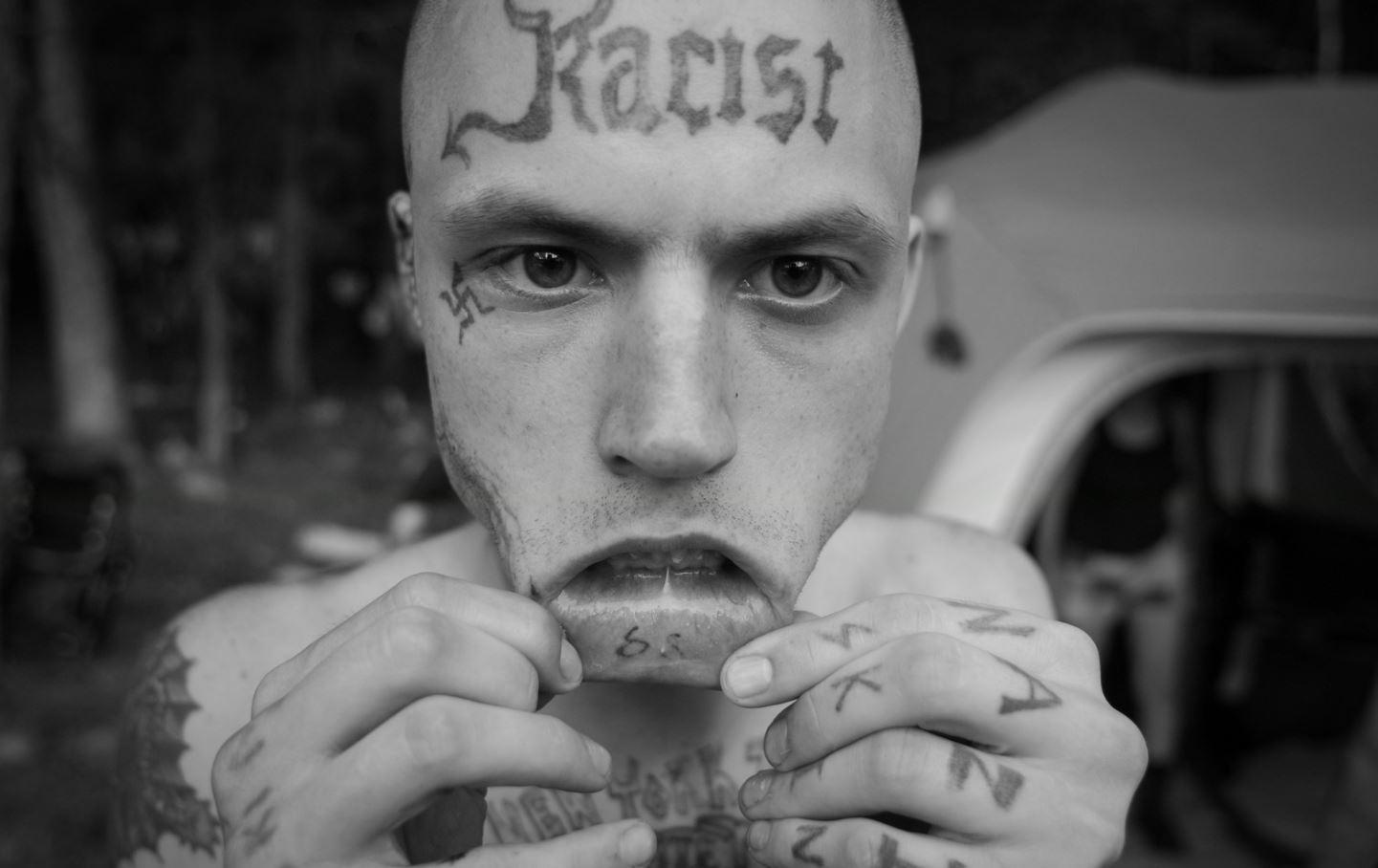 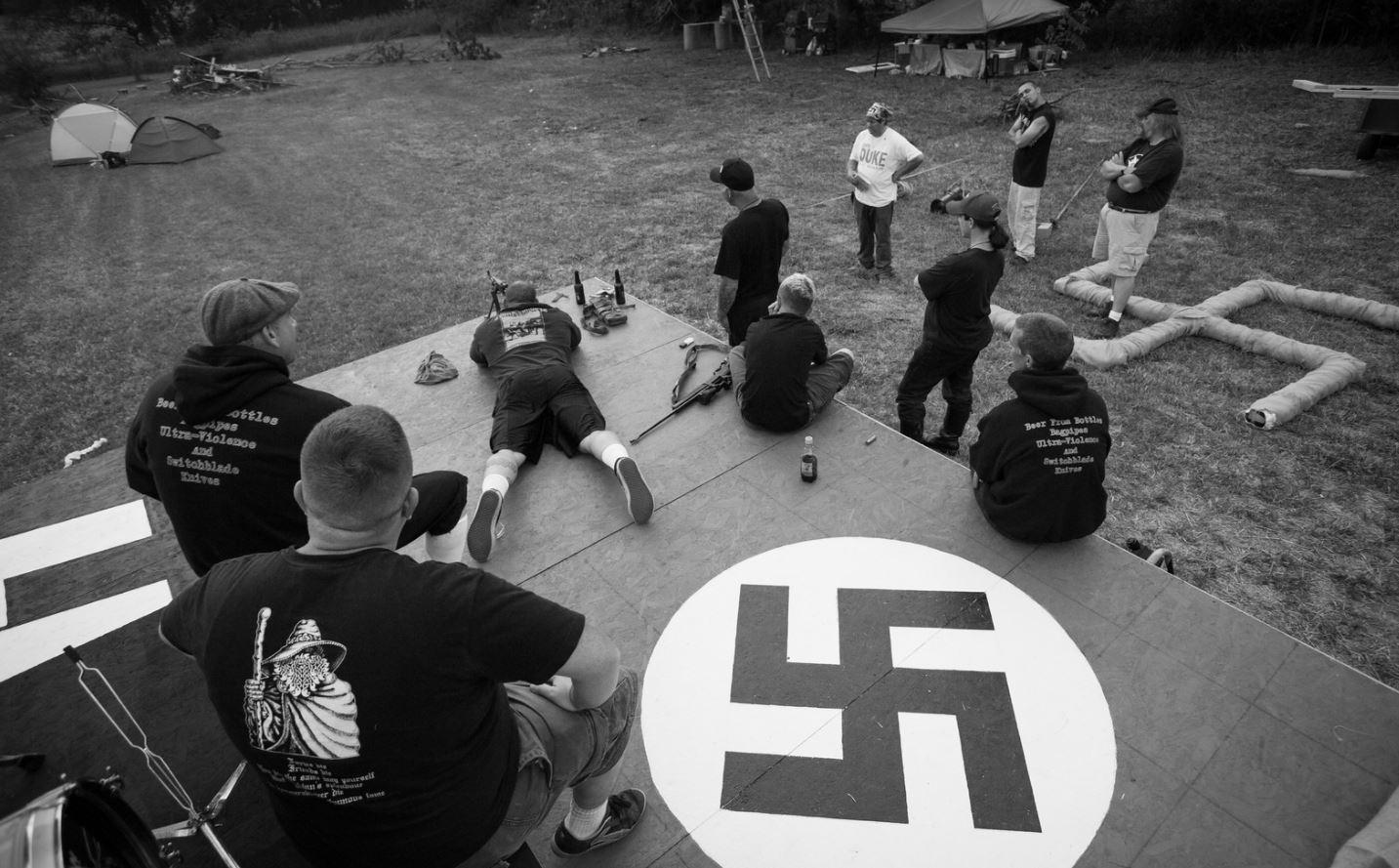 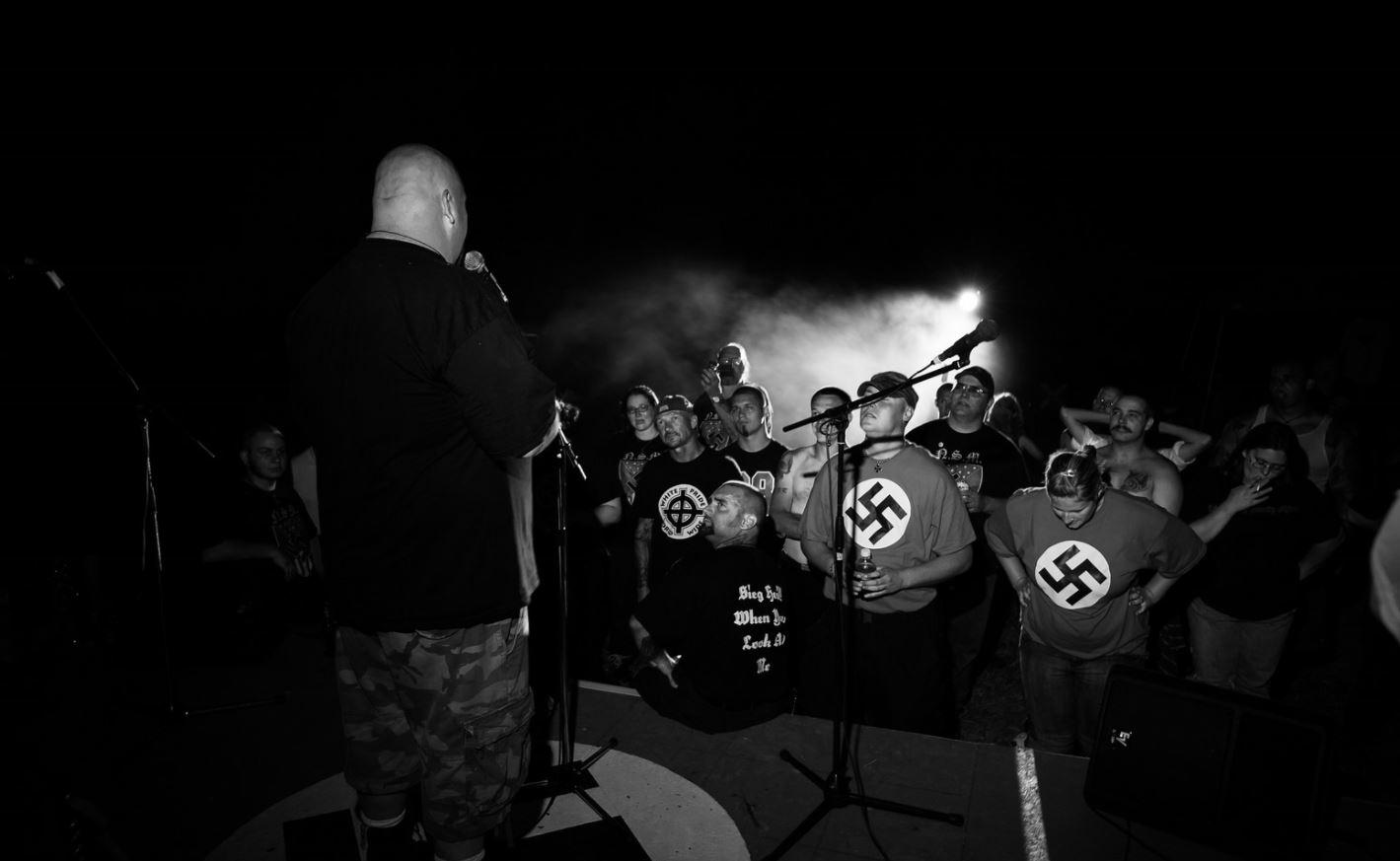 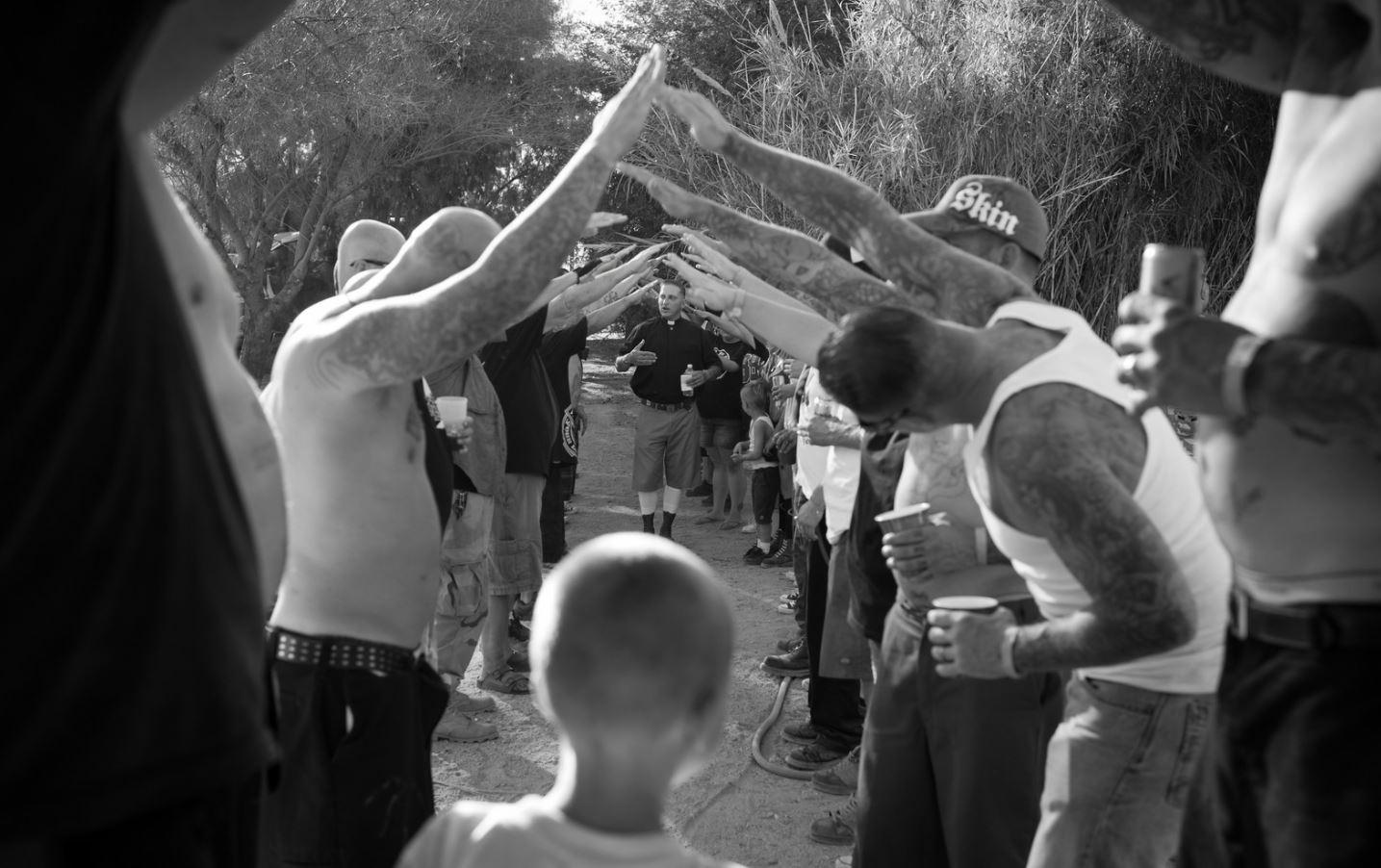 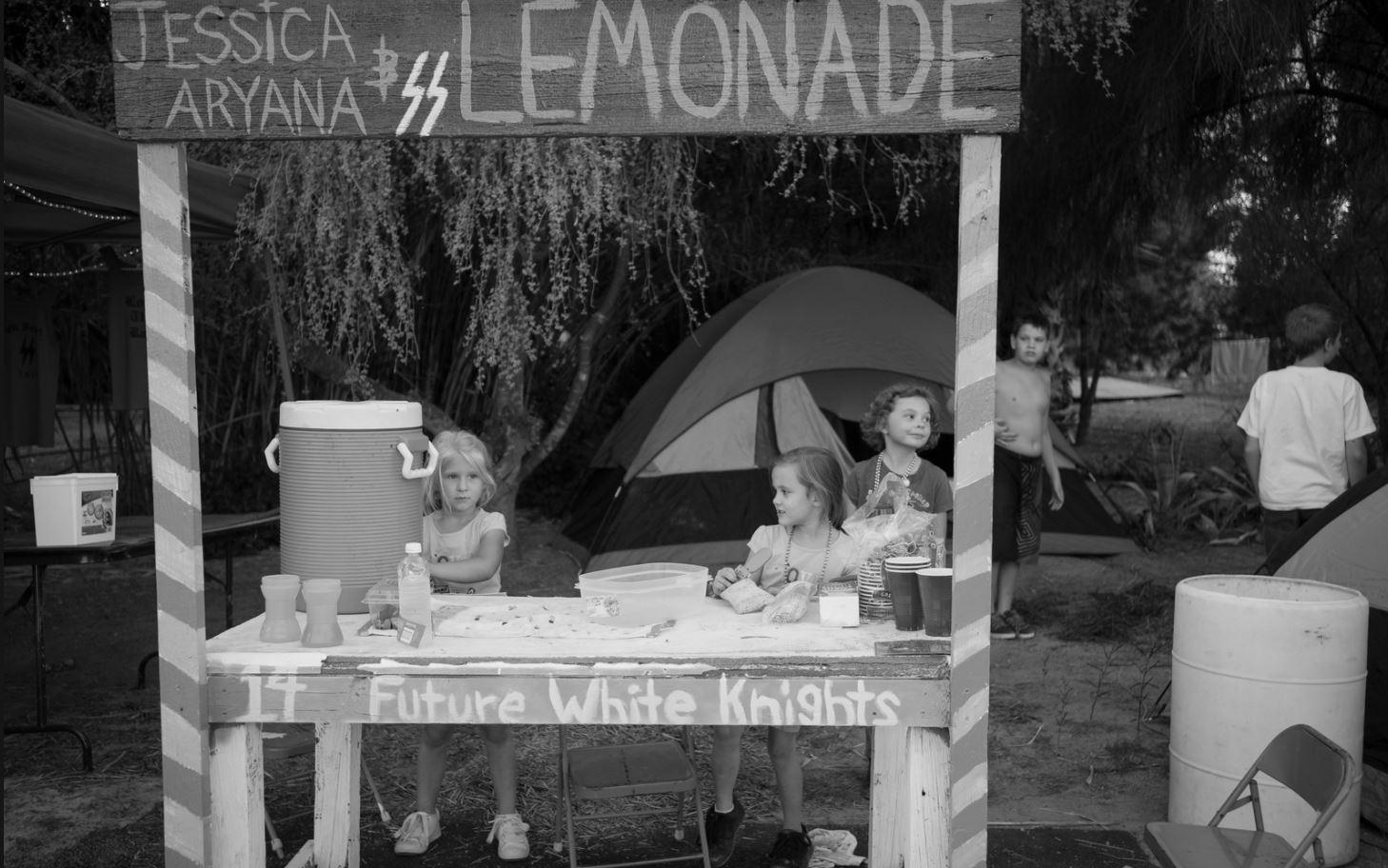 Their extreme right-wing politics is controversial but the photographer here tries to put any judgement aside.

Karen aims to capture the white nationalist human side as they meet up for rallies, dance or attend white power weddings.

All of it is shot in black and white, adding starkness his photographs but also allowing the viewer to concentrate on the subjects. 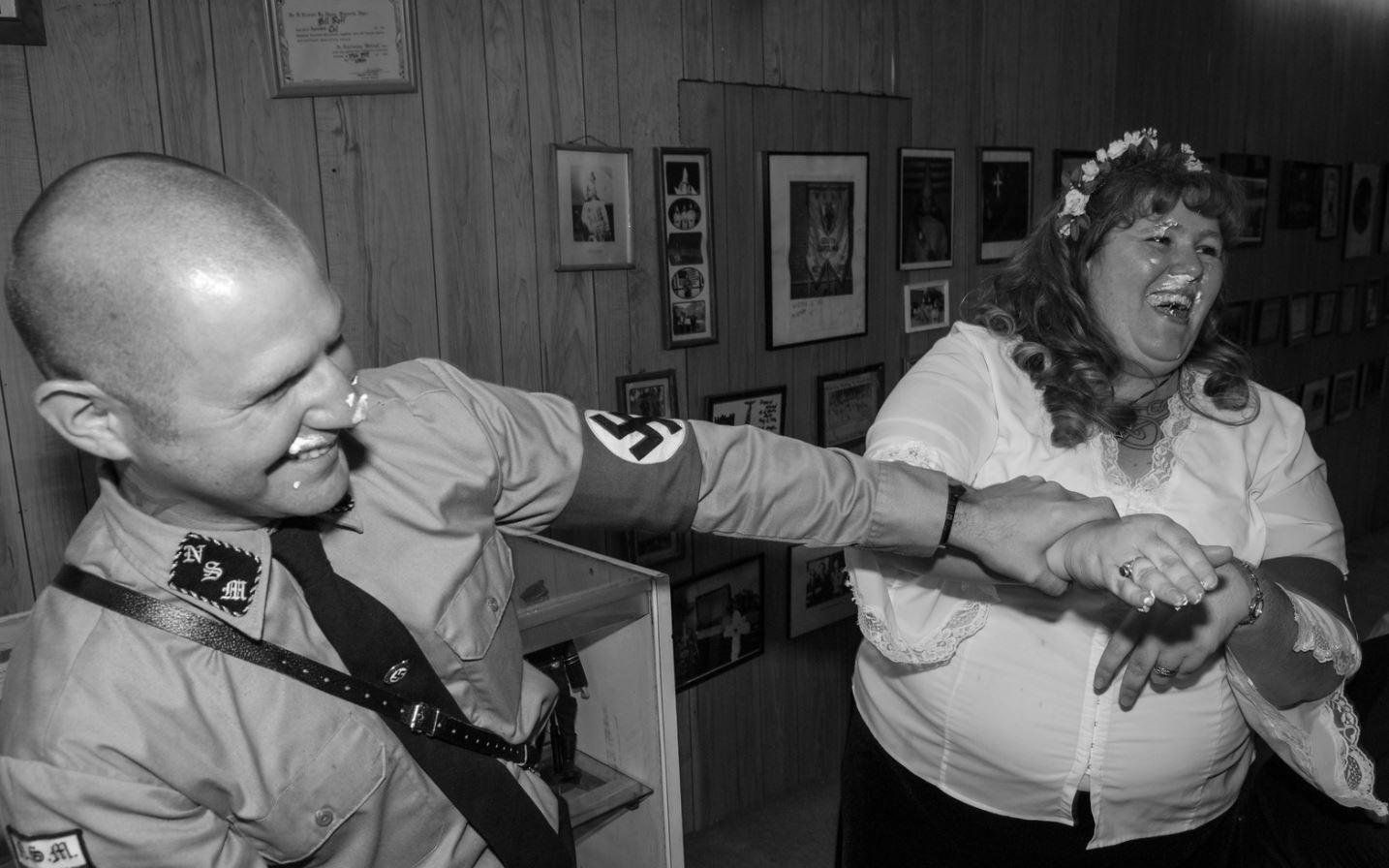 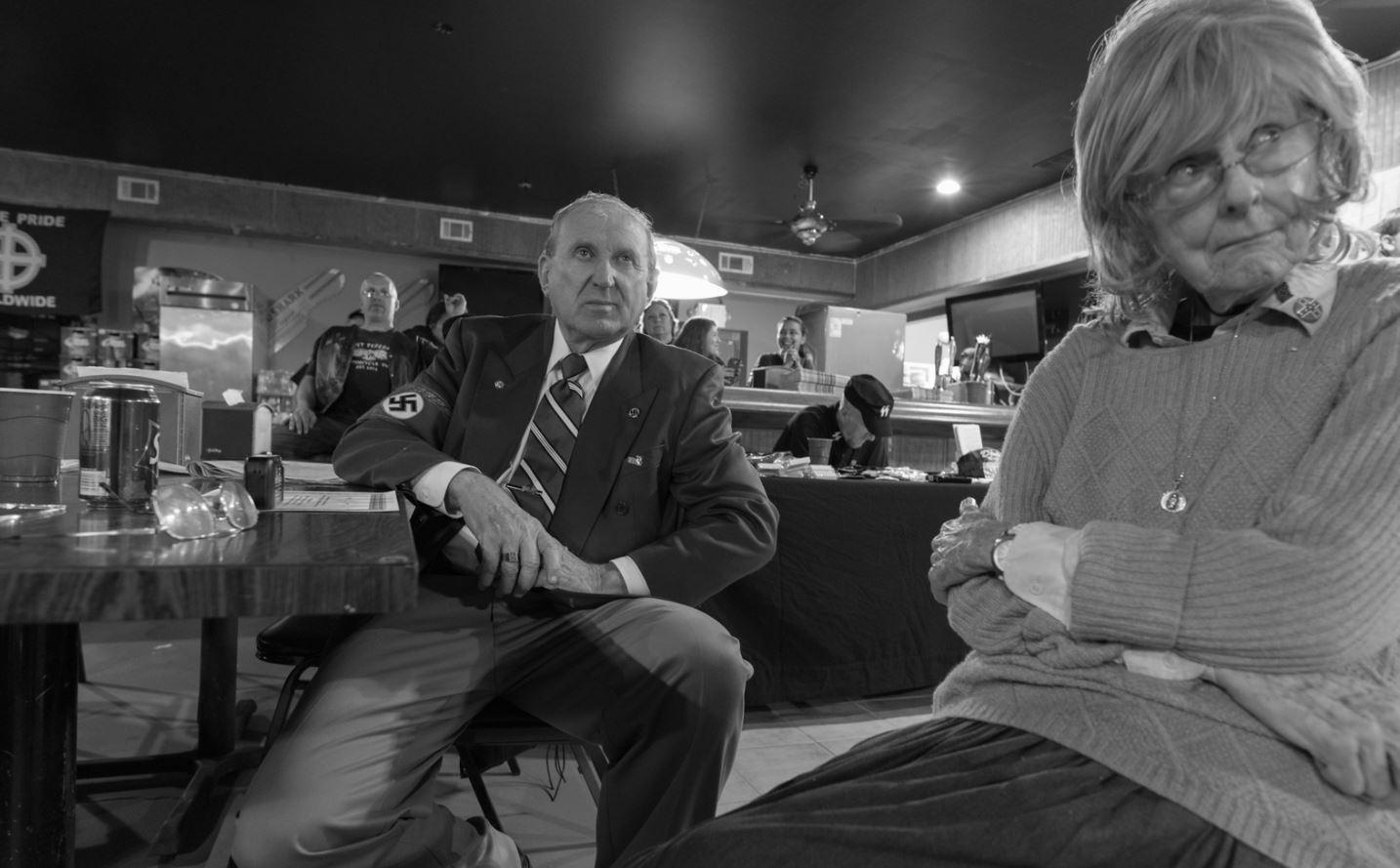 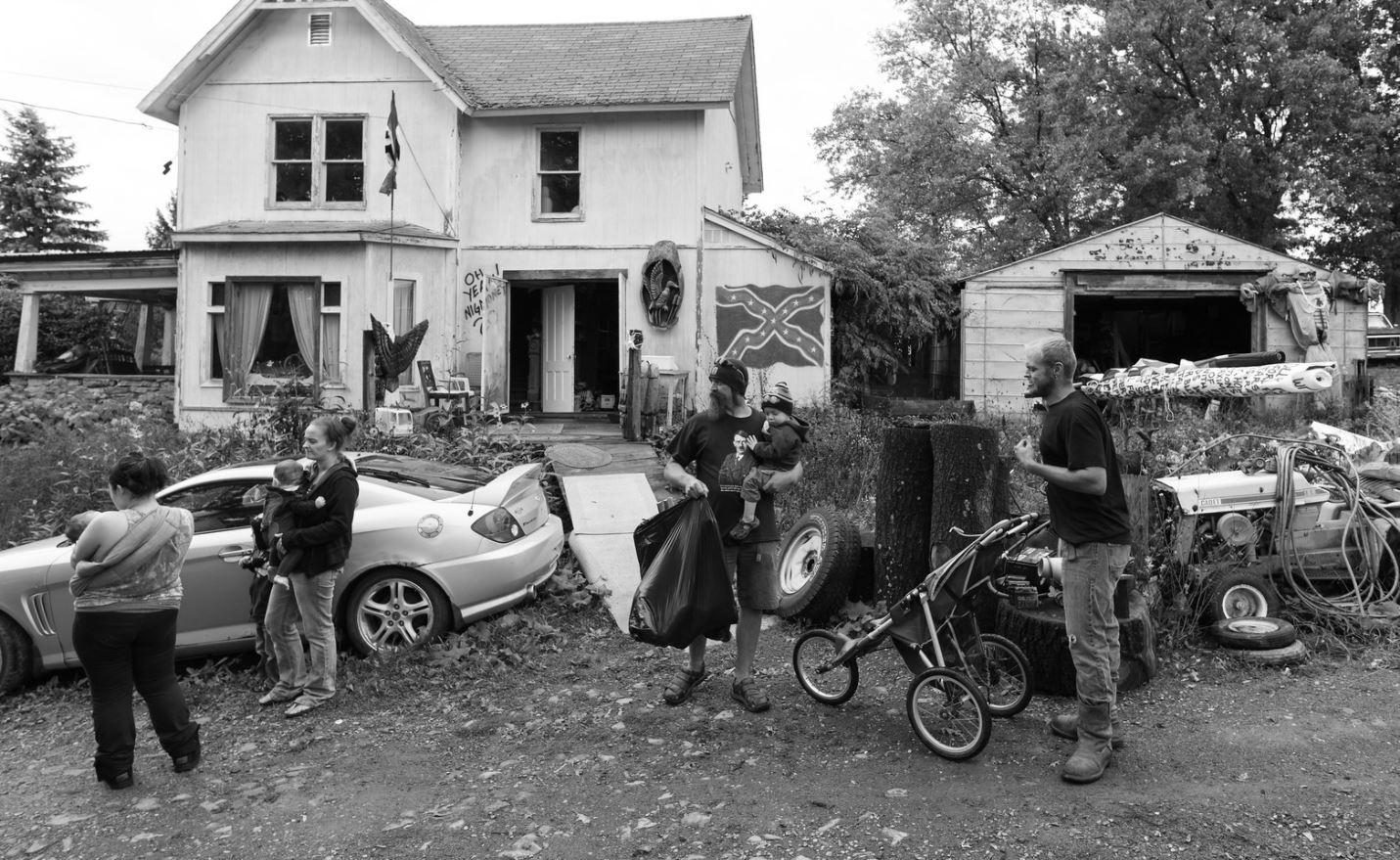 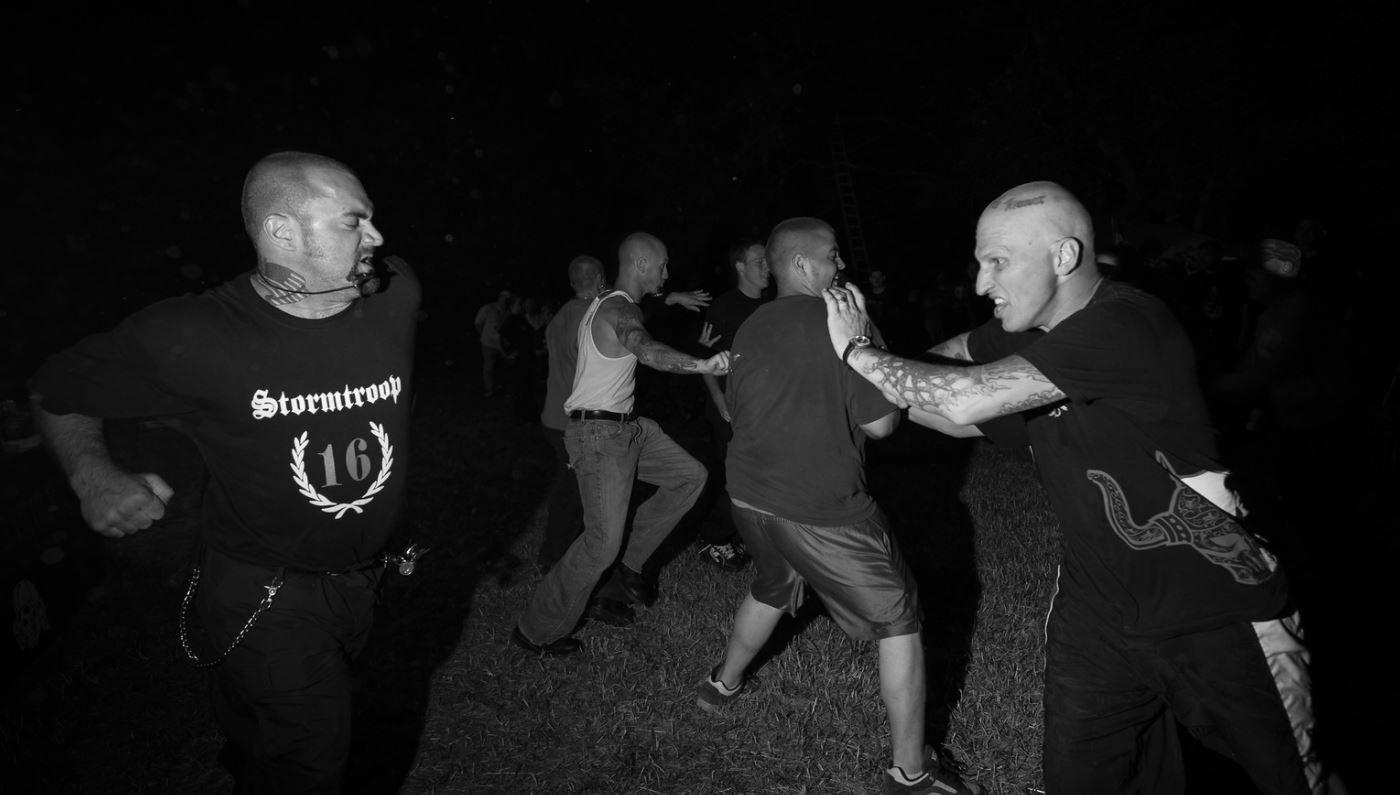 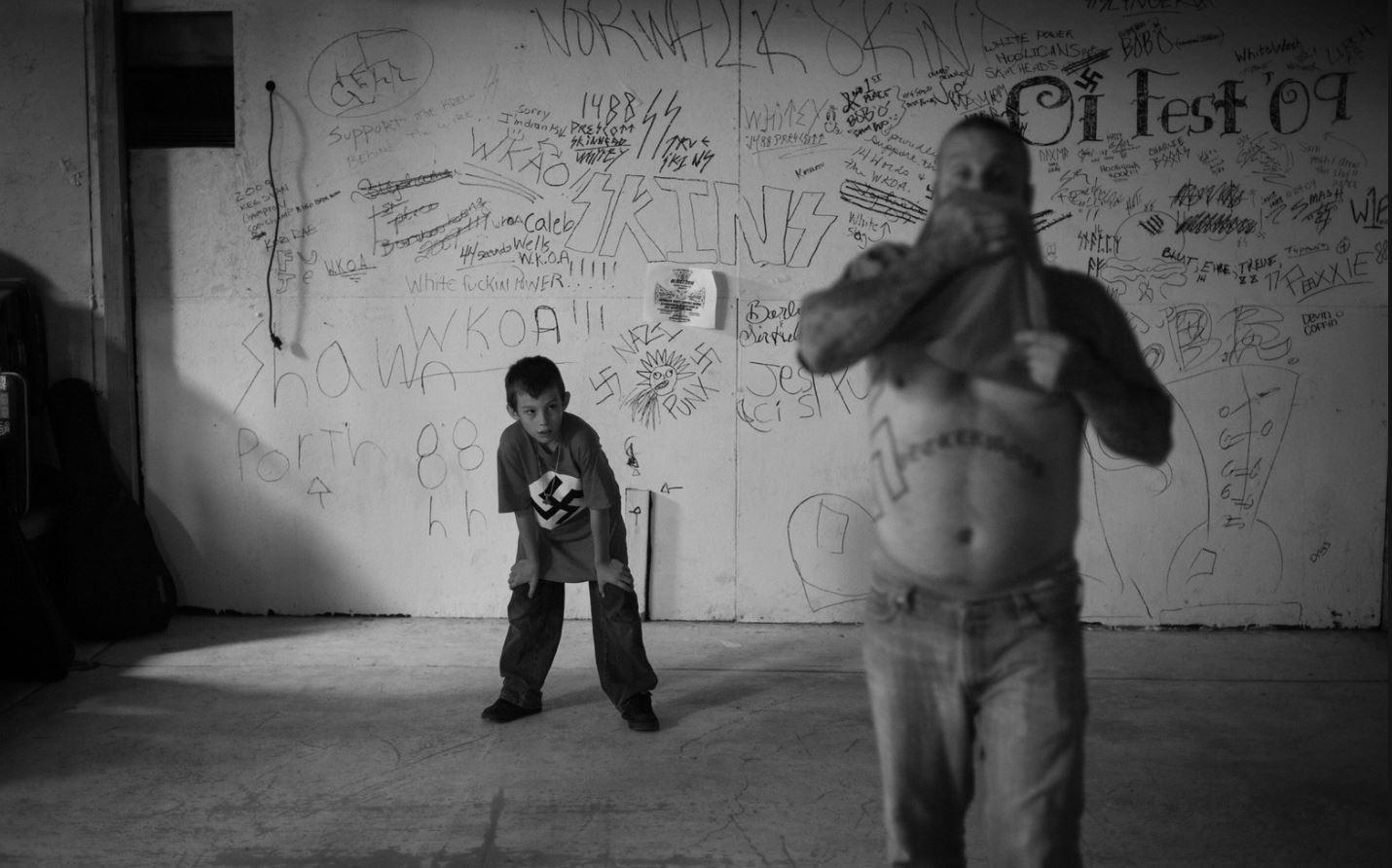 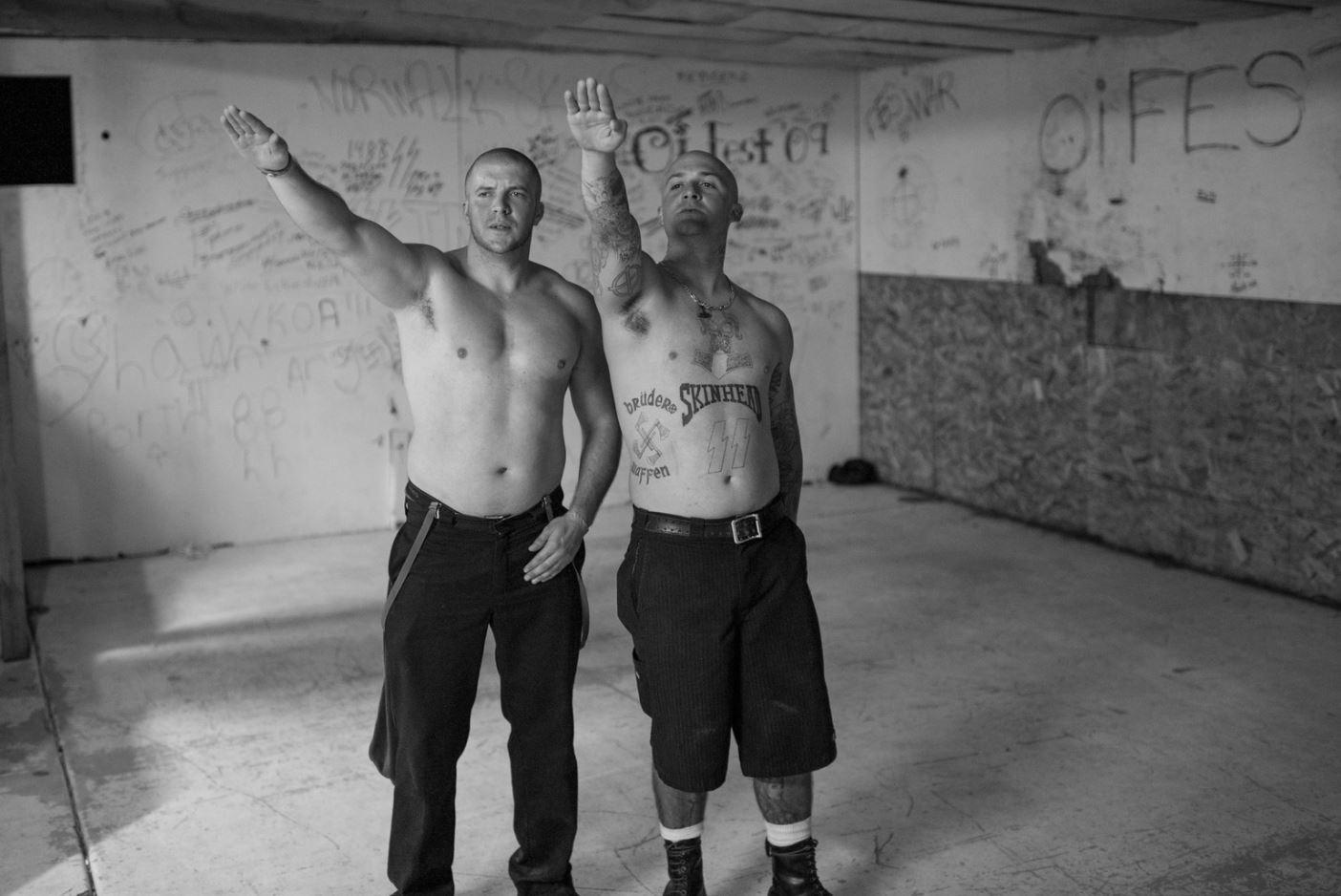 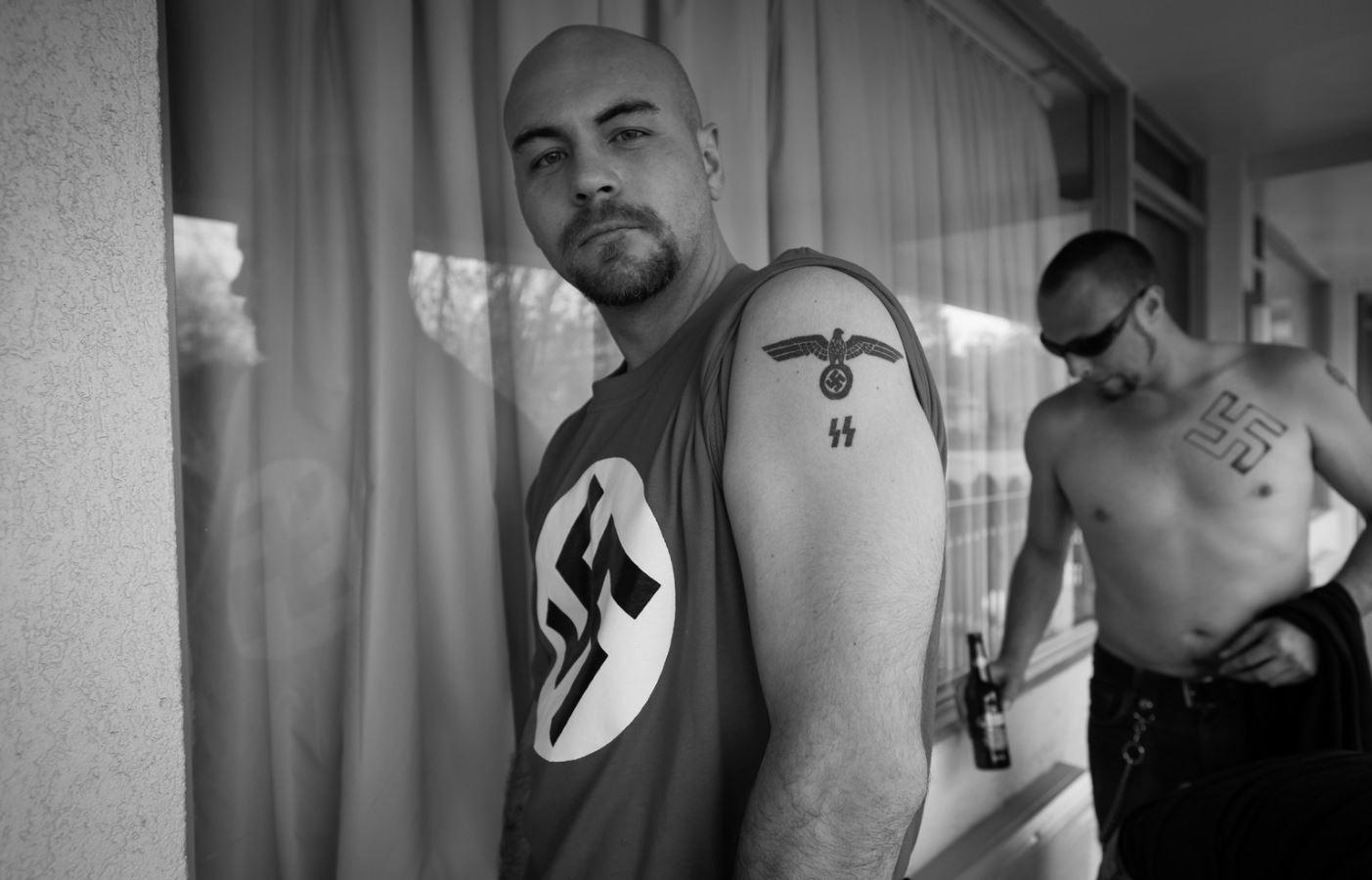 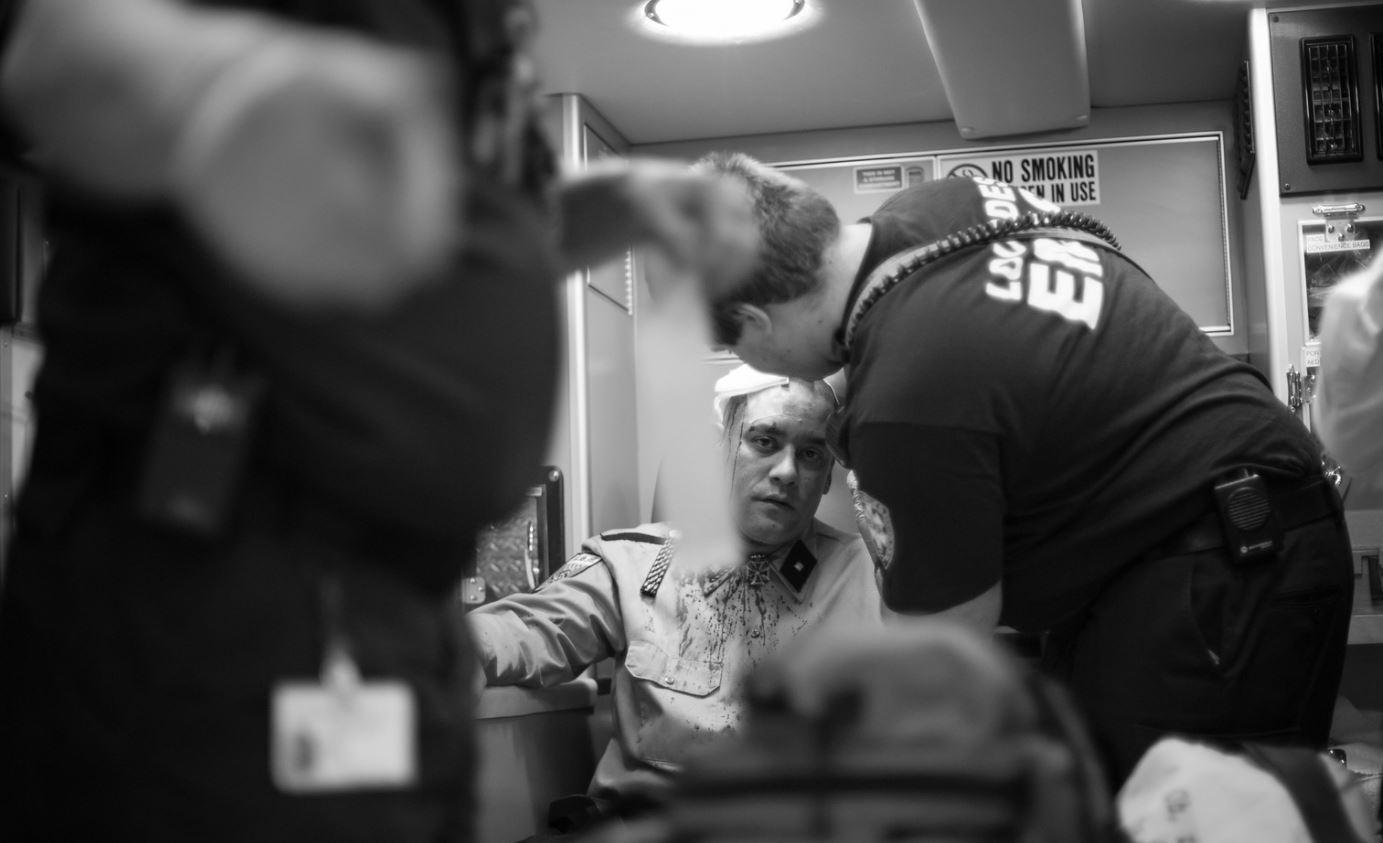 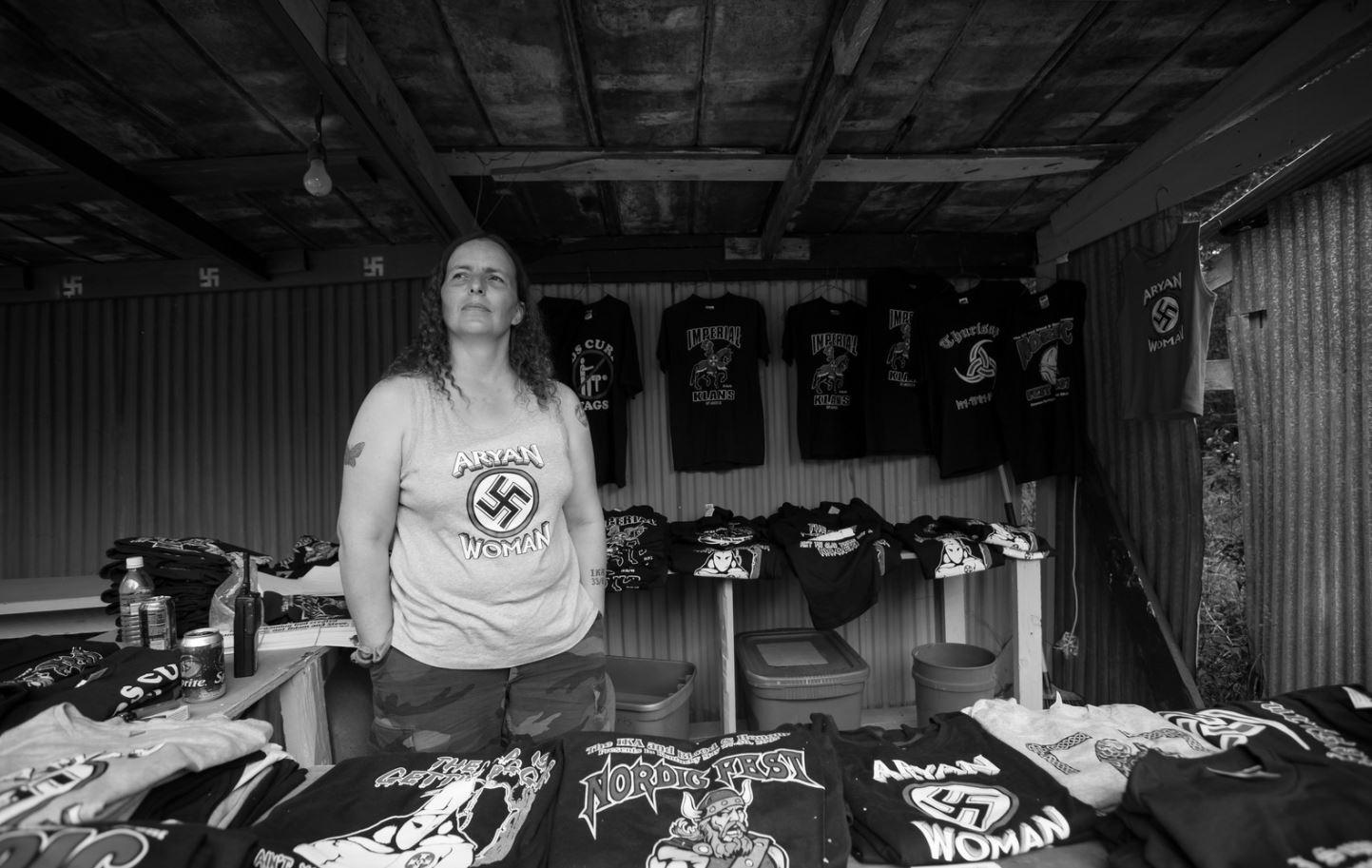 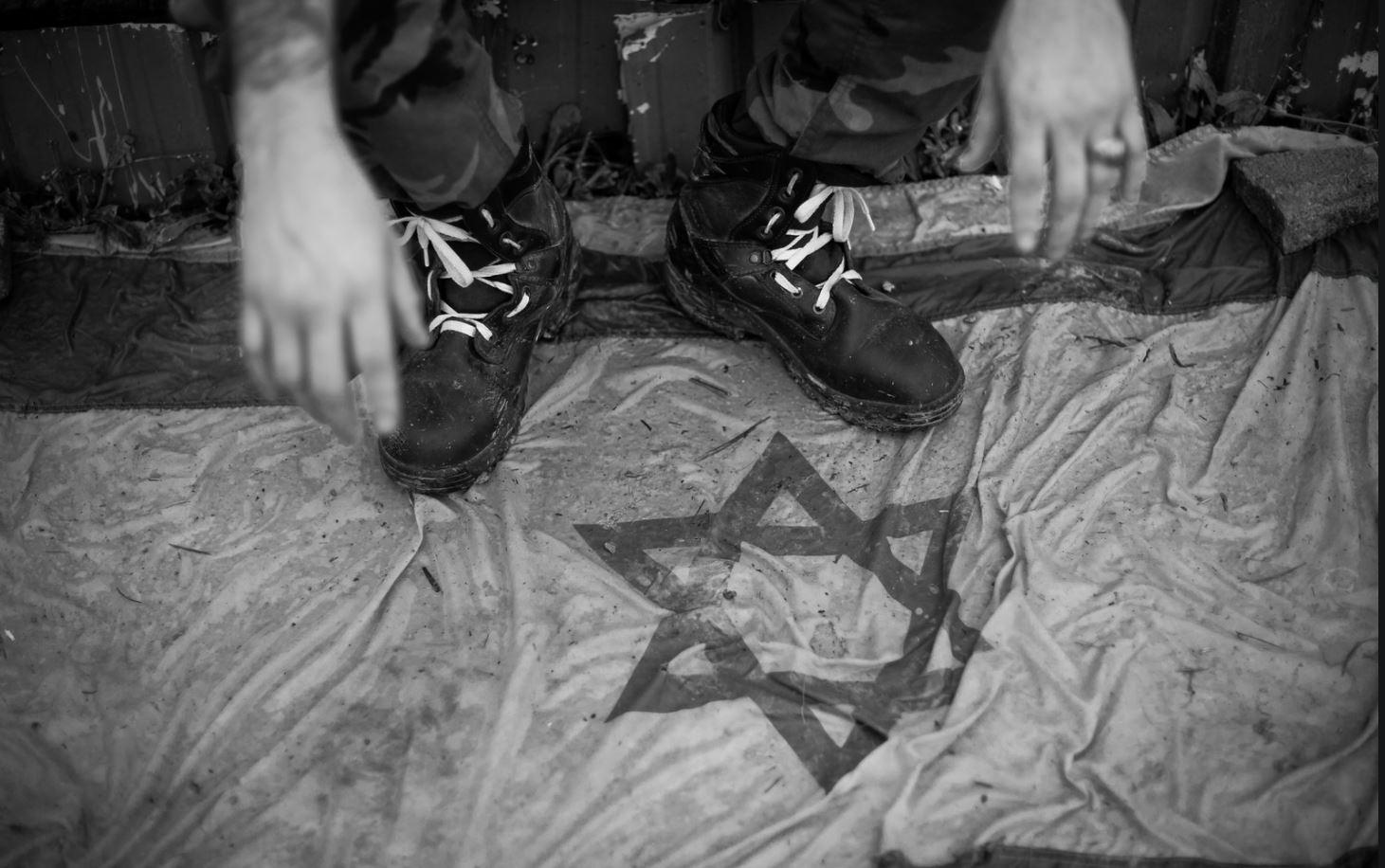 Karen has been documenting the the Ku Klux Klan since 2005 and says he became involved through his interest in “religious ideology and marginalised subject matter”.

In all he has chronicled 14 Klan groups in the Southern states of the US and one in Germany.

Explaining why he chose these organisations to study, he told Sun Online: “Most of us grew up hearing about the Ku Klux Klan, and have seen the cliché images, etc, but I had a genuine curiosity to see things for myself.

“A few years into documenting the Klan, an opportunity to photograph a Nazi organization was realized, so my interest kept building from there.

“My inquiring mind continues to evolve, for example, two years ago I embarked on a project where I documented crime scenes that took place during the Civil Rights era at the hands of the Silver Dollar Group, a rogue element of the KKK at the time.

“Currently, I’m exploring how certain life experiences may have a profound effect on an individual’s mindset as it pertains to these ideologies.”

He also defended his photojournalism on these groups and denied he was glorifying them.

“I refute the assessment, alluding to the point that turning a blind eye and embracing ignorance doesn’t take away from the fact something exists,” he said.

Calls to freeze landfill levy to protect businesses from collapse