An entire community has stepped in to rebuild the home of an elderly couple after it was destroyed by a gas explosion.

Josie Cornish, 75, her husband Alan, 73, and their 48-year-old son Darren miraculously survived after the blast ripped through their home in Bude, Cornwall.

Mrs Cornish had ‘instinctively’ lit the oven to ‘check it was working’ when they smelled gas – igniting an explosion which tore their two-storey semi detached property apart.

Local builders merchants, bricklayers, plasters and electricians have now come forward and offered to rebuild the house, for free. 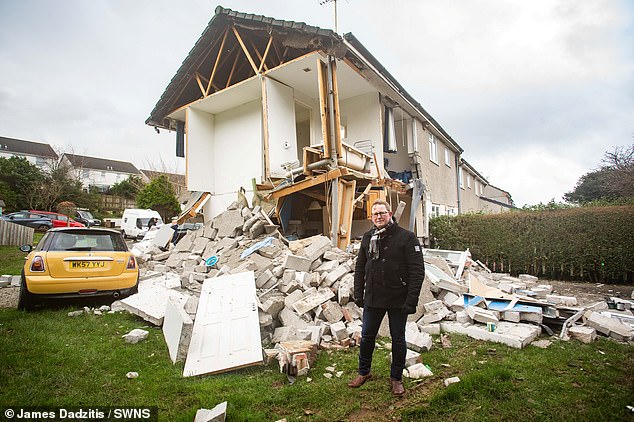 Covered in bruises and with half his house blown away, paramedic Darren Cornish miraculously survived the explosion 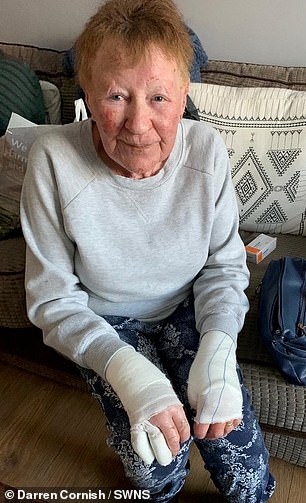 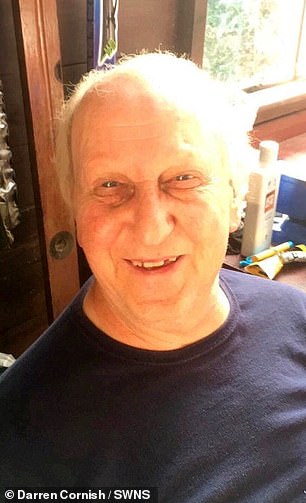 Josie Cornish, 75, and her husband Alan, 73, miraculously survived after the blast ripped through their home 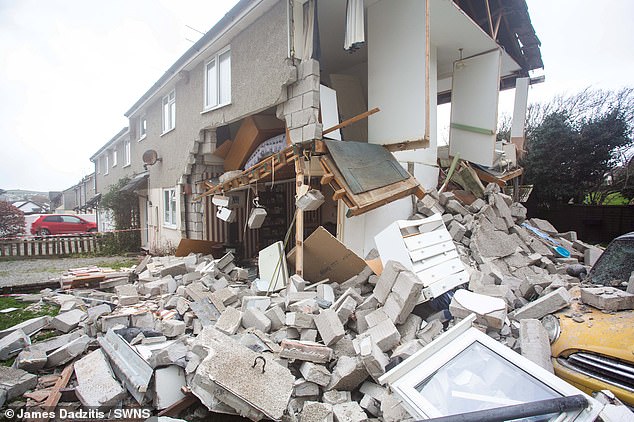 The family feared they had lost everything after the blast on January 20, because they did not have insurance.

But the community has rallied around them, with businesses chipping in to supply labour and materials free of charge – and it is now hoped the home will be rebuilt within six months.

Darren, a paramedic, said he feared there was a gas leak so went to investigate with his mother, who instinctively turned on the cooker, ‘to try and show it was working correctly.’

He said he tried to stop her but it was too late, and the pair were thrown against a wall.

He added: ‘Me and my dad kept falling asleep which I thought was odd, then I thought I could smell gas so I asked if the cooker was working.

‘I went to check and my mum came with me. It was all off and mum went to show me that the oven was working OK and before I could stop her she lit the oven and bang – up it went.

‘It was like a bomb had gone off. I could hear mum screaming.’

Darren and his mother both suffered burns to their face and hands while his father Alan, who was sitting in the living room, was unhurt. 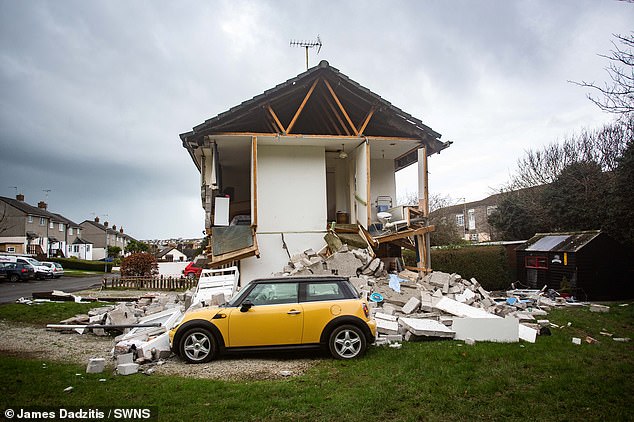 Local builders merchants, bricklayers, plasters and electricians have now come forward and offered to rebuild the house, for free 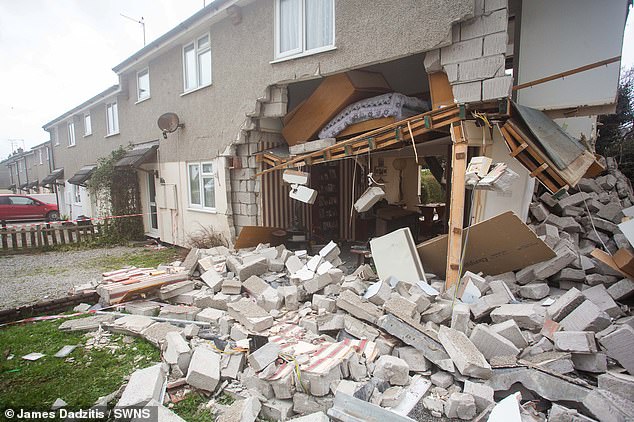 Miraculously, none of the three people inside the family home in the town in Cornwall suffered any serious injury 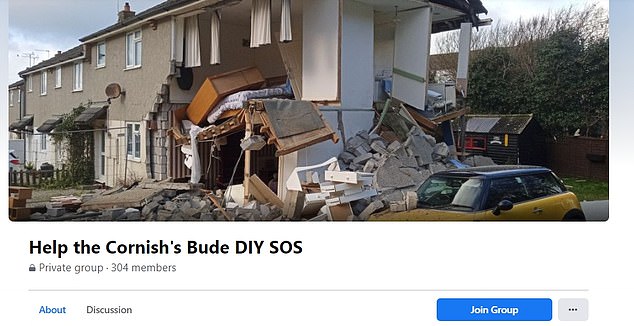 Offers to have come via a page the family set up on social media titled Bude DIY SOS, based on the title of the BBC’s DIY SOS

A GoFundMe for the couple, who are currently living in a caravan, has raised more than £8,500.

Darren said: ‘It’s amazing, it goes to show how the local community can all come together at times like this, the support has been incredible.

‘Without all the kindness mum and dad would be in trouble, they didn’t have any insurance so without this there’d be no hope.’

Their daughter Demelza Snell added: ‘It’s really sad, their lifelong belongings all on the floor for everyone to see. The donations have been unbelievable.’ 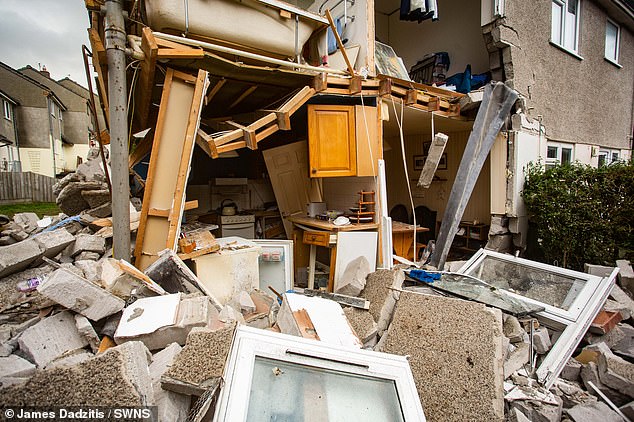 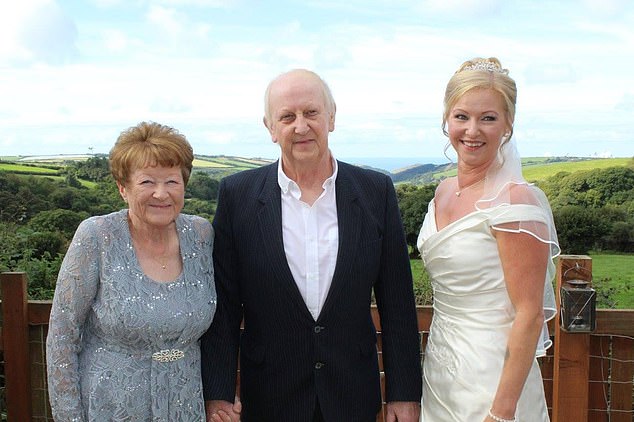 Alan and Josie Cornish, the owners of the home, are pictured with their daughter Demelza on her  wedding day

Ian French, who is co-ordinating the project, said he has 60 people involved and hundreds more offering their time for free.

He said: ‘The local community have just been phenomenal. People that haven’t even got any skills or trade, they’re just saying, ‘Look anything you need, we’re quite willing to come up and help in any way we can’.

‘I’m just blown away and I’m just so glad I live in this area, it’s amazing.’

Why Hilton is now working with Paris Hilton