Arkansas ‘white nationalist’ who put his feet on Pelosi’s desk, West Virginia lawmaker and man who brought 11 Molotov cocktails and an assault rifle to the Capitol are among 13 charged over MAGA riot 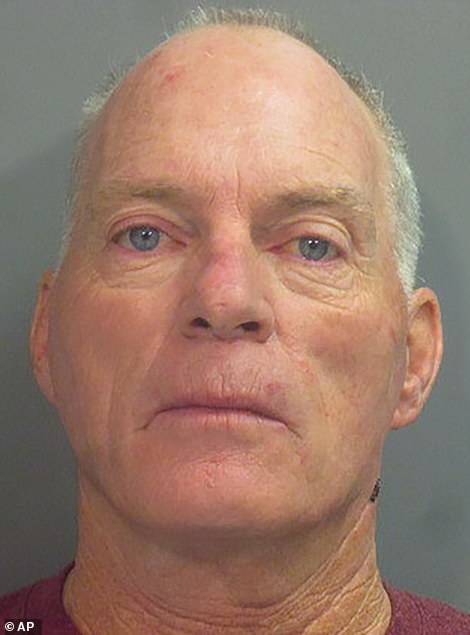 Richard Barnett, 60, has been charged with unlawful entry

The MAGA rioter who put his feet up on Nancy Pelosi’s desk has been arrested along with a man who brought 11 Molotov cocktails, two handguns and an assault rifle to the Capitol on Wednesday.

The DoJ announced on a call with reporters on Friday afternoon that 13 people had been charged including Richard Barnett, 60, who was seen putting his feet on Speaker Pelosi’s desk and leaving a threatening note on it on Wednesday.

Barnett, who proudly referred to himself as a white nationalist on social media, was charged with unlawful entry. He was taken into custody at his home in Little Rock, Arkansas. It’s unclear where he now is or if he’ll be extradited but he is in custody.

He has been charged with knowingly entering or remaining in any restricted building or grounds without lawful entry; violent entry and disorderly conduct on Capitol grounds; and theft of public money, property, or records.

Lonnie Coffman, 70, has also been arrested after police found his red GMC pick-up truck near the RNC – where a pipe bomb was left. He has not been charged over the pipe bomb but cops found two handguns, 11 Molotov cocktails and an M4 carbine assault rifle in his vehicle.

He has been charged with possession an unregistered firearm (destructive device) and carrying a pistol without a license. 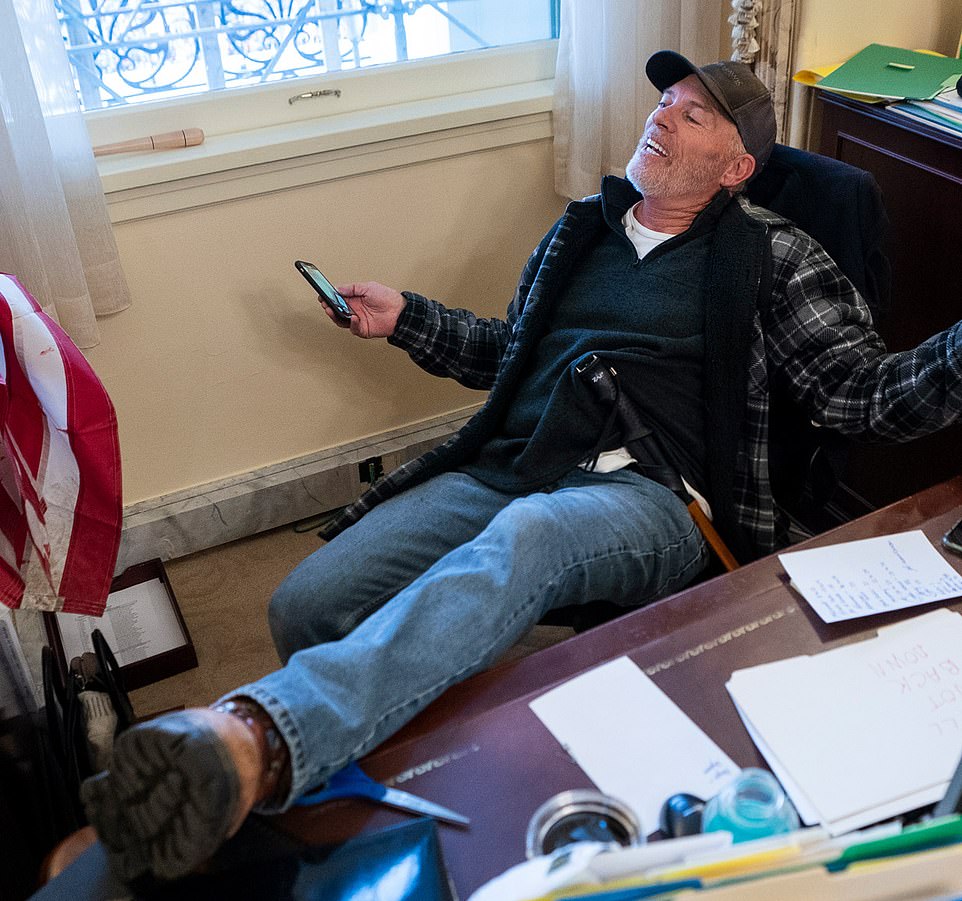 The MAGA rioter who put his feet up on Nancy Pelosi ‘s desk was arrested along with a man who brought 11 Molotov cocktails, two handguns and an assault rifle to the Capitol on Wednesday 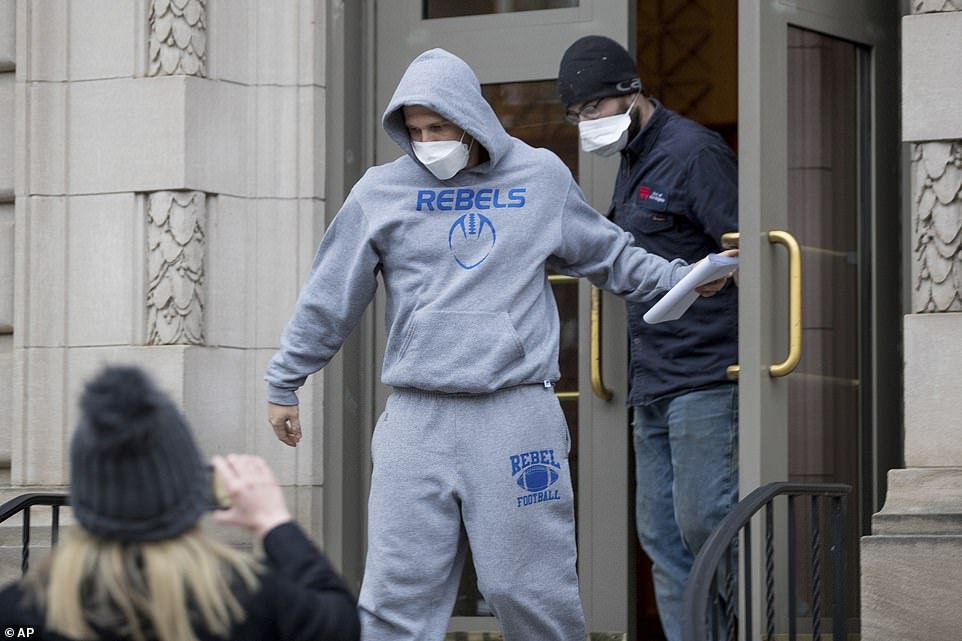 More than 80 people have been arrested in total and 55 are being pursued on federal charges, officials said on the call.

THE RIOTERS AND THEIR CHARGES

Lonnie Coffman – possession of an unregistered firearm and carrying without a license. He had 11 Molotov cocktails in his truck.

Dozens more remain free and the FBI is scrambling to catch them with public appeals for help and rewards for information after Wednesday’s disastrous attempts by law enforcement to control the crowd.

Their failure to arrest the rioters – many of whom had guns and overpowered them – has outraged millions of Americans who compared the soft touch to the harsh crackdown by police on BLM protesters during the summer.

The cops found Coffman’s vehicle and searched it after securing a perimeter in the area surrounding the DNC and RNC, where two pipe bombs had been left.

The bomb squad had been called in to help with that.

It was during a sweep of the area that they found Coffman’s van.

‘One black handgun was recovered from the right front passenger seat of the vehicle.

‘After locating the black handgun, officers proceeded to search the rest of the pickup truck, including the bed of the truck, which was secured under a fabric top.

‘During the search of the cab of the truck, officers recovered, among other things, one M4 Carbine assault rifle along with rifle magazines loaded with ammunition,’ the affidavit supporting his arrest says.

Coffman was arrested after approaching cops in a female friend’s car, asking if he could access his vehicle again.

He asked them: ‘Did find the bombs?’ which the cops thought was a reference to the materials in his car but he says was in reference to those left outside the DNC and RNC.

The cop who Leffingwell is accused of punching signed his arrest affidavit.

In it, he describes how he attacked him in the Captiol building.

‘In the course of this effort and while inside the Capitol building, I encountered an adult male who later identified himself to me as Mark Jefferson Leffingwell.

‘Leffingwell attempted to push past me and other officers.

‘When he was deterred from advancing further into the building, Leffingwell punched me repeatedly with a closed fist. 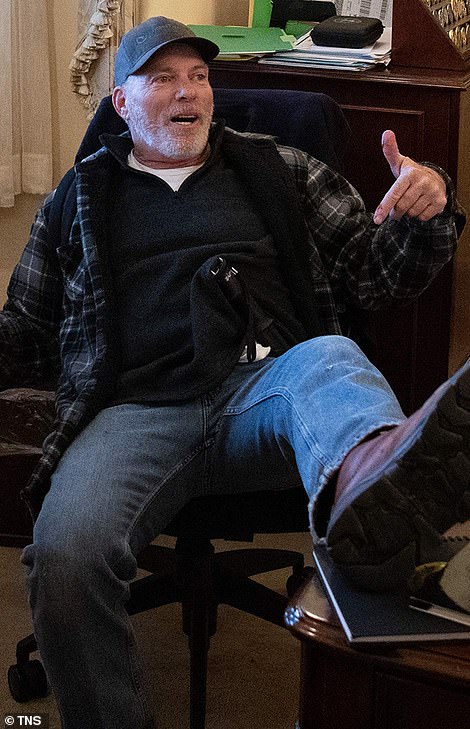 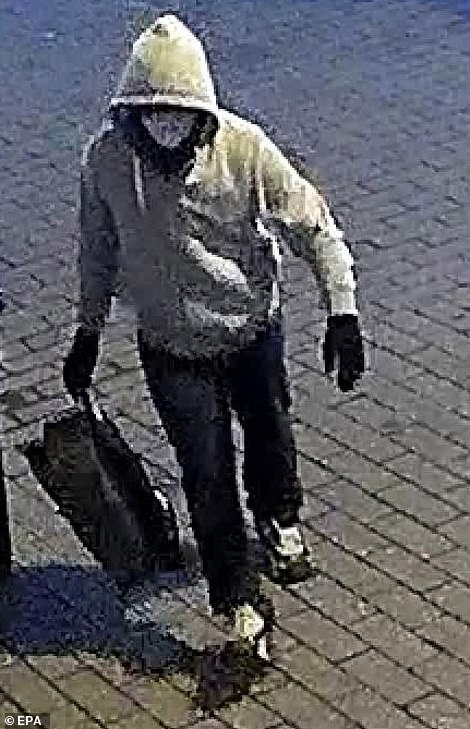 The DoJ announced on a call with reporters on Friday afternoon that 13 people had been charged including Richard Barnett, 60

‘I was struck in the helmet that I was wearing and in the chest. 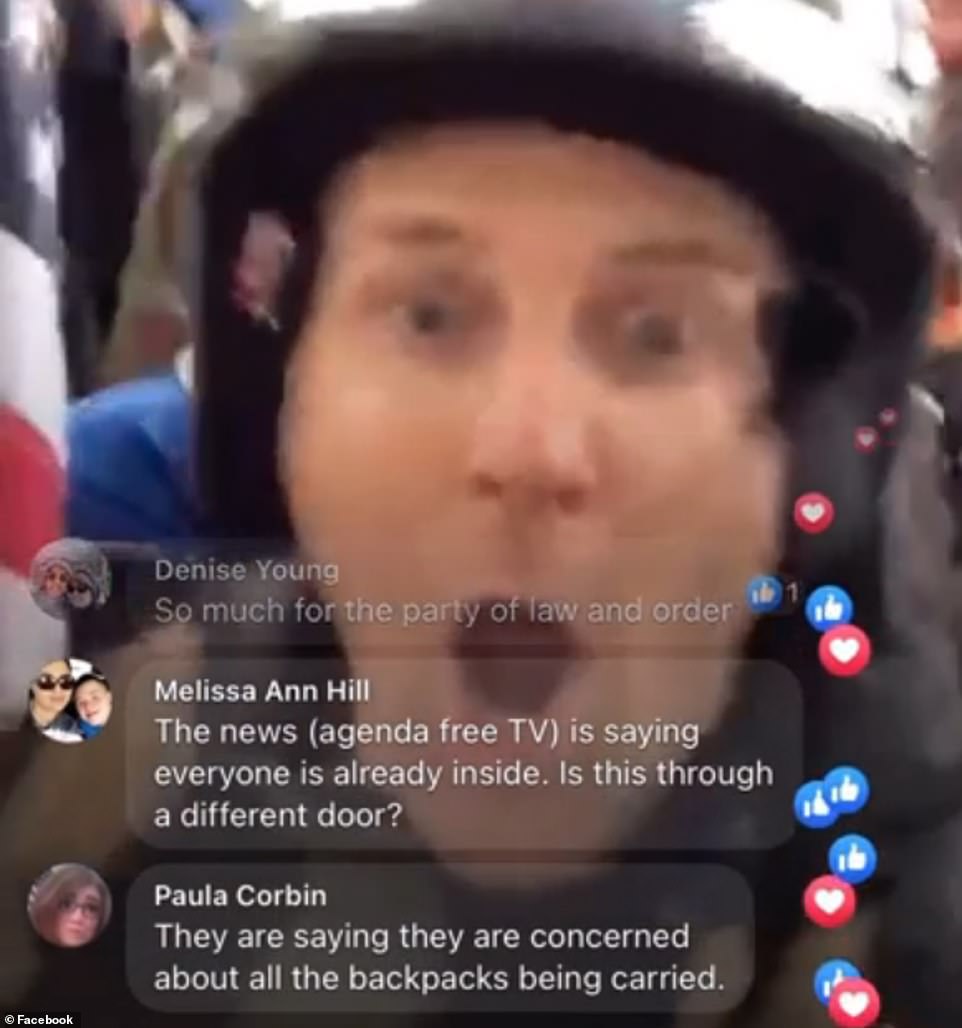 ‘Working with other officers, I was able to gain control over Leffingwell, who attempted to struggle while being detained.

Another cop described seeing a ‘bulge’ in Christopher Alberts’ pocket which he recognized to be a handgun at 7.25pm, more than an hour after the curfew had been put in place.

‘While pushing Alberts towards the line, I tapped the bulge with my baton and felt a hard object that I immediately recognized to be a firearm. At the time, Alberts was also wearing a bullet-proof vest and carrying a backpack,’ officer Dallan Haynes wrote.

Pruitt was among a group of people who refused to leave the Capitol after the 6pm curfew. Council was among the group that pushed a barricade down to get into the building.

No one has been arrested yet in connection with the death of Capitol cop Brian Sicknick, 42, who died in the hospital after being hit, allegedly in the head, with a fire extinguisher.

‘This is an ongoing investigation we’re working this with our partners to ascertain what happened in that situation.

‘We are 100 percent on it and are getting to those answers,’ FBI Washington Field Office ADIC Steven D’antuono said.

Sicknick was himself a Trump fan who posted on social media about his support of the President.

Naturally Curly Needs YOUR Vote For Best of the Best 2021!

Legalising cannabis ‘would rake in £1billion in tax and savings’