The Justice Department says it has forfeited two large caches of weapons that the U.S. Navy seized from Iran’s Islamic Revolutionary Guard Corps in the Arabian Sea.

The two caches of Iranian arms included 171 surface-to-air missiles and eight anti-tank missiles, as well as more than 1 million barrels of Iranian petroleum products. It was the U.S. government’s largest-ever forfeiture of fuel and weapons shipments from Iran, according to the DOJ. 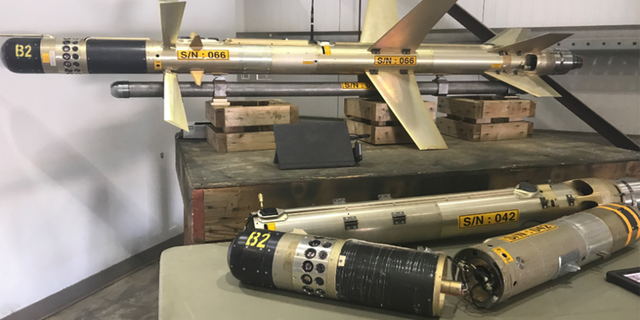 A part of the weapons cache seized by the U.S. Navy.
(DOJ)

The U.S. Navy seized the weapons from two vessels in the Arabian Sea while conducting routine maritime security operations. Iran’s Islamic Revolutionary Guard Corps, which the U.S. State Department recognizes as a foreign terrorist organization, had orchestrated the shipments, and they were destined for Houthi militants in Yemen. 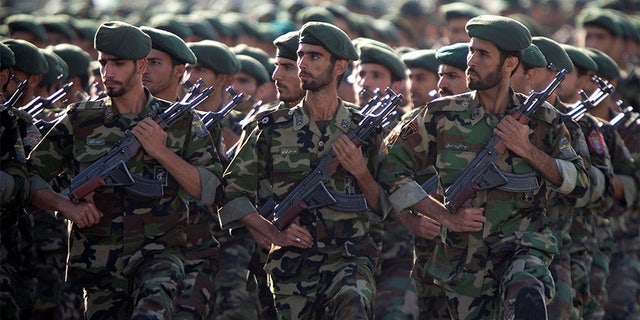 Sept. 22, 2007: Members of Iran’s Revolutionary Guards march during a military parade to commemorate the 1980-88 Iran-Iraq war in Tehran.
(Reuters)

“The Department of Justice will continue to use all available tools to combat the threats posed by terrorist organizations and all those who seek to harm the United States and its allies,” he said in a statement. 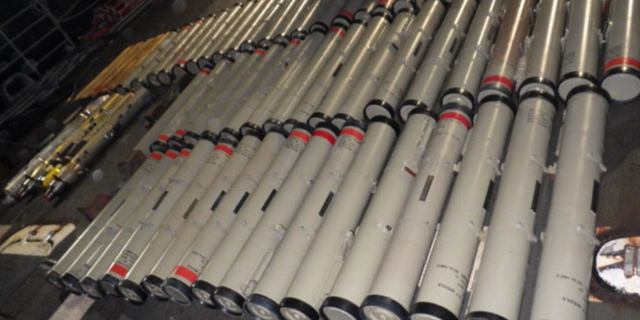 The DOJ filed a complaint on Aug. 20, 2020, in U.S. District Court for the District of Columbia seeking to forfeit the seized weapons. The complaint alleged that the arms shipments were part of an IRGC trafficking network designed to distribute illicit weapons to the Houthi movement in Yemen. The court granted the DOJ’s motion and ordered an order of forfeiture on Oct. 1, 2021.

Pursuant to a court order, the U.S. government sold the seized petroleum products. Proceeds from the sale – more than $26.6 million before interest – may be directed, in whole or in part, to the U.S. Victims of State Sponsored Terrorism Fund, the DOJ said.

Ranvir Singh SPLIT from her husband before Strictly debut