No blue tick! Dolly Parton’s new TikTok account was banned by the app after it was revealed to be a fake created using a charity video she made for the site a year ago

Dolly Parton’s new TikTok account was banned by the app after it was revealed to be a fake created using a charity video she made for the site a year ago.

Fans of the queen of country music were thrilled when the account appeared, putting up an introduction clip in which she was clad in a yellow top with patterned yellow and blue pants.

‘Why hello, I guess I’m on TikTok! I just dropped in to say that it will be okay,’ the 75-year-old iconic singer-songwriter said before singing. ‘If I can do it, so can you … I believe in you.’

But their hopes were dashed when the account was banned by the app, with a number of Parton’s fans taking to TikTok on Monday to complain.

The latest: A number of Dolly Parton fans took to TikTok Monday to complain after Dolly Parton’s newly-created account was banned from the social media site

A spokesperson for the singer explained to NBC’s The Today Show that an unverified user had taken an old video from Parton’s Imagination Library website and ‘doctored it’ to create the @itsdollyparton account.

‘Take a closer look…’ the spokesperson said, noting that TikTok had removed the video. A spokesperson for the company said the video had been removed for violating the social media platform’s guidelines on impersonation.

It is unclear if Dolly Parton or her representatives complained to the platform over the account and the video, or whether TikTok took the initiative to take it down.

The account had already amassed in excess of 680,000 followers and a million likes by the time it was taken down, according to People.

After it was banned, fans expressed they were upset and confused by the move before the clarification was made.

One user wrote, ‘WHY WAS DOLLY PARTON BANNED FROM TIKTOK,’ while another noted, ‘Dolly Parton joined tiktok and then was banned immediately.’

Another user mused, ‘The number of trolls I’ve (and other creators) have reported on Tiktok and somehow they choose to ban the pride of America, Dolly Parton.’

Details: Parton had just created her account on the format, putting up an introduction clip in which she was clad in a yellow top with patterned yellow and blue pants 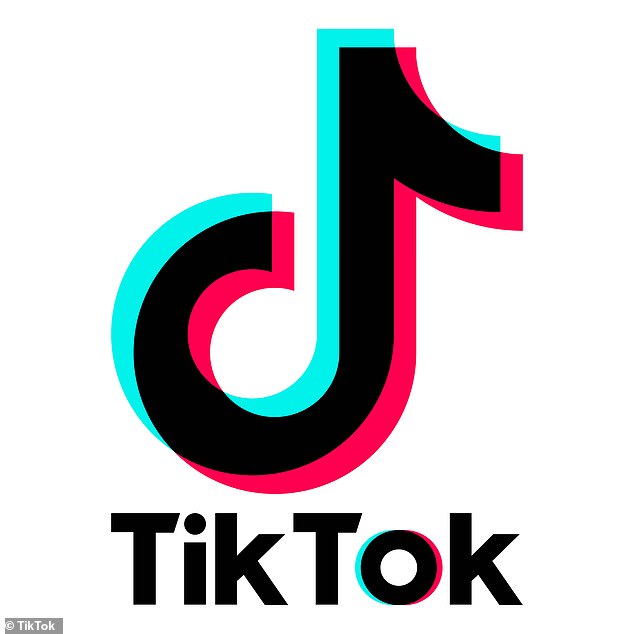 Parton’s account, under the handle @itsdollyparton, had already amassed in excess of 680,000 followers and a million likes

One user said that TikTok ‘needs to calm down with the community guideline “violations,”‘ as they ‘even removed @DollyParton of all people.’

The fake account duped the social media admins of other companies too including Spotify, whose official TikTok account called it ‘the moment we’ve all been waiting for’.

CMT media company followed the lead others and wrote, ‘The Queen has arrived.’

The Jolene artist remains massively popular amid a number of projects she’s had in 2021, including the a new perfume called Scent from Above and a novel titled Run, Rose, Run with co-author James Patterson. 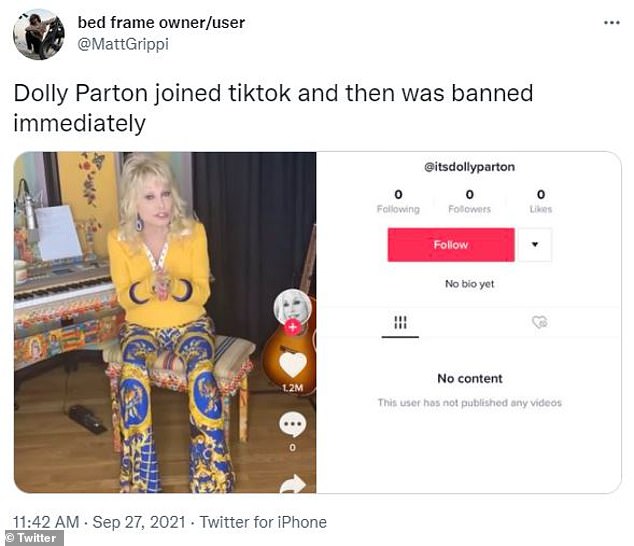 Jeffrey Wright breaks down the origin of his accent in Shaft

Carly Pearce Reveals Why She & Michael Ray Went Public With Romance: We Want To ‘Celebrate’ Our Love