Washington: US President Donald Trump is accusing his former lawyer Michael Cohen of lying under pressure of prosecution as the White House grapples with allegations that Trump orchestrated a campaign plan to buy the silence of two women who claim to have had affairs with him.

Amid mounting legal and political threats, Trump took to Twitter to accuse Cohen – who pleaded guilty to eight criminal charges, including campaign finance violations on Tuesday – of making up "stories in order to get a 'deal"' from federal prosecutors. 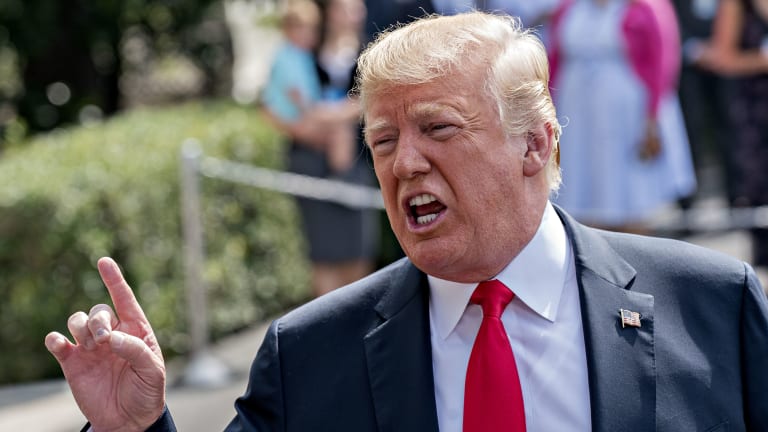 Cohen told prosecutors the violations were coordinated by both himself and Trump.

Behind closed doors Trump has expressed concern that Cohen, who has intimate knowledge of his political, personal and business dealings, had turned on him.

No clear strategy has yet come out of the White House for managing the fallout with press secretary Sarah Huckabee Sanders insisting Trump had done nothing wrong and was not the subject of criminal charges.

Trump publicly denied any wrongdoing in an interview on Fox & Friends set to air on Thursday, in which he argues, incorrectly, that the hush-money payouts weren't "even a campaign violation" because he subsequently reimbursed Cohen for the payments personally instead of with campaign funds. 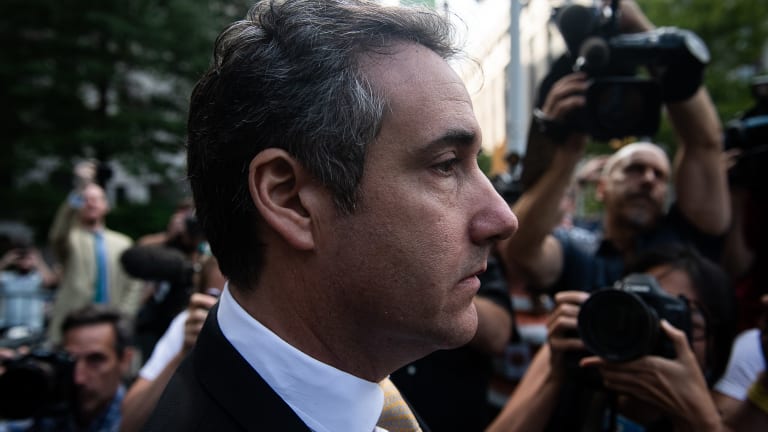 Federal law restricts how much individuals can donate to a campaign, bars corporations from making direct contributions and requires the disclosure of transactions.

Trump has insisted that he only found out about the payments after they were made, despite the release of a September 2016 taped conversation in which Trump and Cohen can be heard discussing a deal to pay McDougal for her story of a 2006 affair she says she had with Trump.

The White House denied the president had lied, with Sanders calling the assertion "ridiculous" but offered no explanation for Trump's shifting accounts.

As Trump vented his frustration, White House aides sought to project calm as they absorbed almost simultaneous announcements on Tuesday of the Cohen plea deal and the conviction of former Trump campaign chairman Paul Manafort on financial charges.

Manafort faces trial on separate charges in September in the District of Columbia that include acting as a foreign agent.

That Cohen was in trouble was no surprise – federal prosecutors raided his offices months ago – but Trump and his allies were caught off-guard when he also pleaded guilty to campaign finance crimes, which, for the first time, took the swirling criminal probes directly to the president.

Both cases resulted, at least in part, from the work of special counsel Robert Mueller, who is investigating Russia's attempts to sway voters in the 2016 election.

"The only thing that I have done wrong," Trump tweeted late Wednesday, "is to win an election that was expected to be won by Crooked Hillary Clinton and the Democrats. The problem is, they forgot to campaign in numerous states!"

Meanwhile, Cohen's lawyer, Lanny Davis, said on Wednesday Cohen has information "that would be of interest" to the special counsel.

"There are subjects that Michael Cohen could address that would be of interest to the special counsel," Davis said in a series of television interviews. Davis also said Cohen is not looking for a presidential pardon.

Trump, in turn, praised Manafort as "a brave man!" raising speculation the former campaign operative could become the recipient of a pardon.

Manafort, Trump wrote, had "tremendous pressure on him and, unlike Michael Cohen, he refused to 'break."'