DONALD Trump has got planning permission to build a second golf course on his sprawling estate in Scotland.

Plans for a new 18-hole course were approved by Aberdeenshire council on Friday despite local objections. 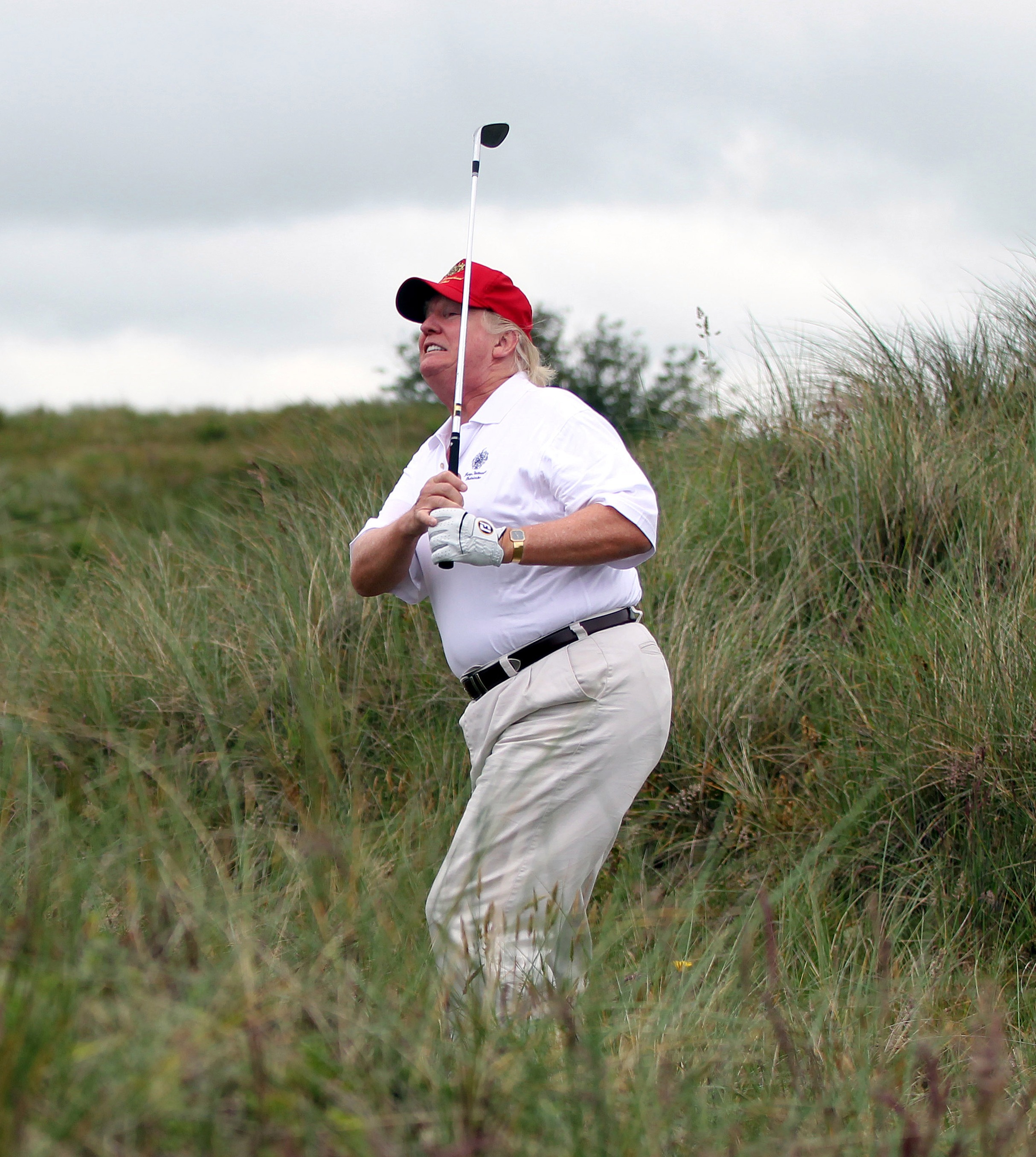 It will be built next to the original Trump international golf resort on his Menie estate – which opened in 2012.

The US President no longer has a direct involvement with his businesses, having stepped back and handed the reigns to his family.

He however remains a regular visitor to his properties, visiting his other Scottish resort at Turnberry along with his son Eric and wife Melania in 2018.

Trump also plays golf at his courses – owning 17 worldwide -and stays at his properties such as Mar-a-Lago in Florida as US President.

Its unknown if Trump should return to running his businesses as the head of the Trump Organisation should he lose the US election on November 3.

Scottish officials said Trump's new development will be subject to some conditions such as measures to minimise flooding at the site and safeguarding birds.

The area of land had already been marked for ambitious development plans known as the "Trump Estate".

It was set to have the two 18-hole golf courses along with a 450-room hotel alongside a conference center and a spa.

It was also hoped to include 36 "golf villas", 950 holiday apartments in four blocks and some 500 houses along facilities for the community.

The new course will share the club house and other related facilitates serving Menie, but will add another 141 parking spaces. 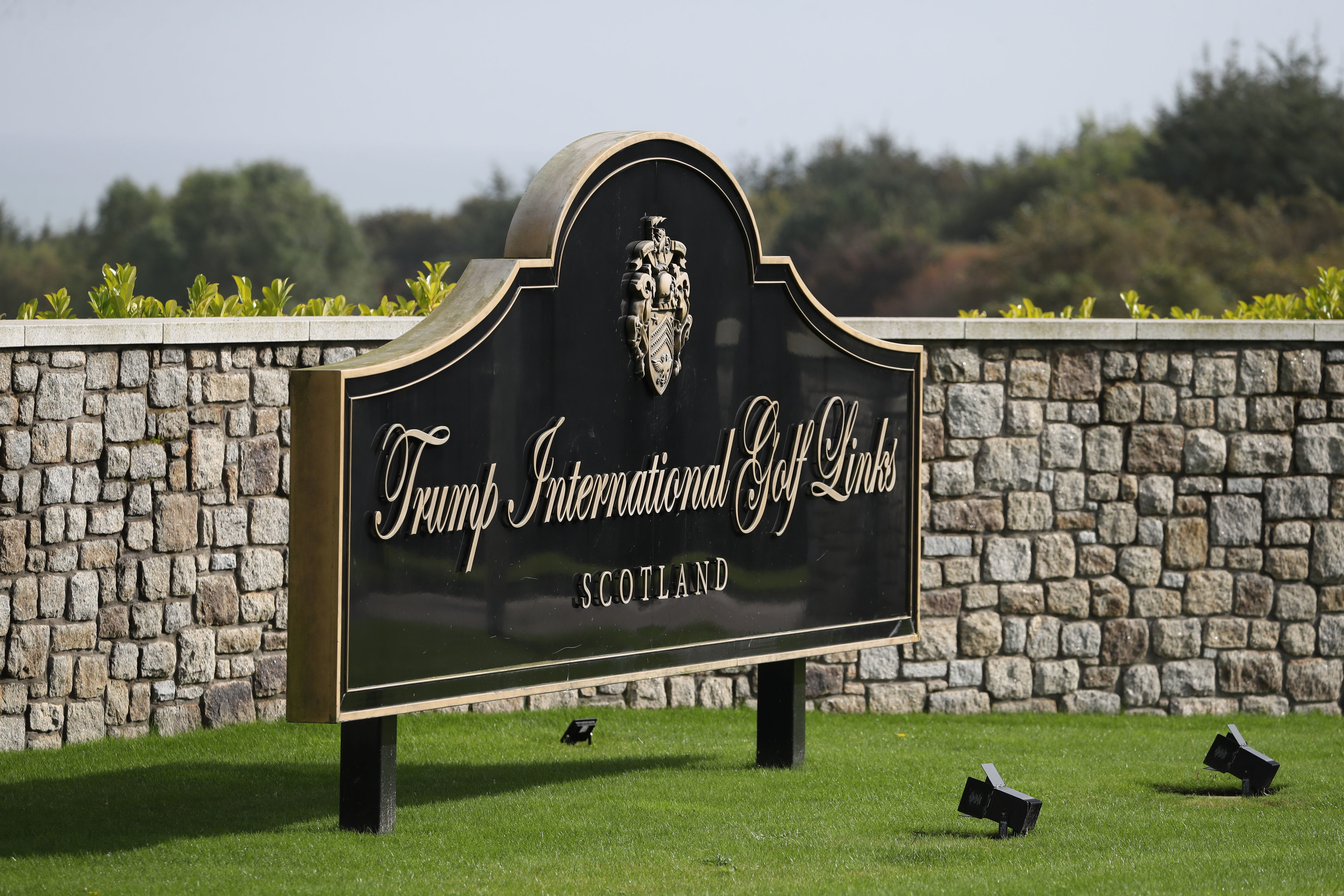 Environmental campaigners had slammed the first Menie course for partially destroying sand dunes in the area.

They unsuccessfully argued the proposed second course may contribute to the further erosion.

Bob Ward, from the London School of Economics' Grantham Research Institute on Climate Change, said: "They accepted the economic case over the environmental case."

He told The Guardian: "This decision gives a green light to the Trump organisation to further vandalise and destroy Scotland’s natural heritage."

Scottish Environment Protective Agency officials had also objected to the application and said the environmental management plan was not good enough.

Locals also claimed that the new course would mean a loss of public space and could impact water supply, roads and nearby estates.

Menie resort has made a loss in the last seven consecutive years, which was also used to argue against the construction. 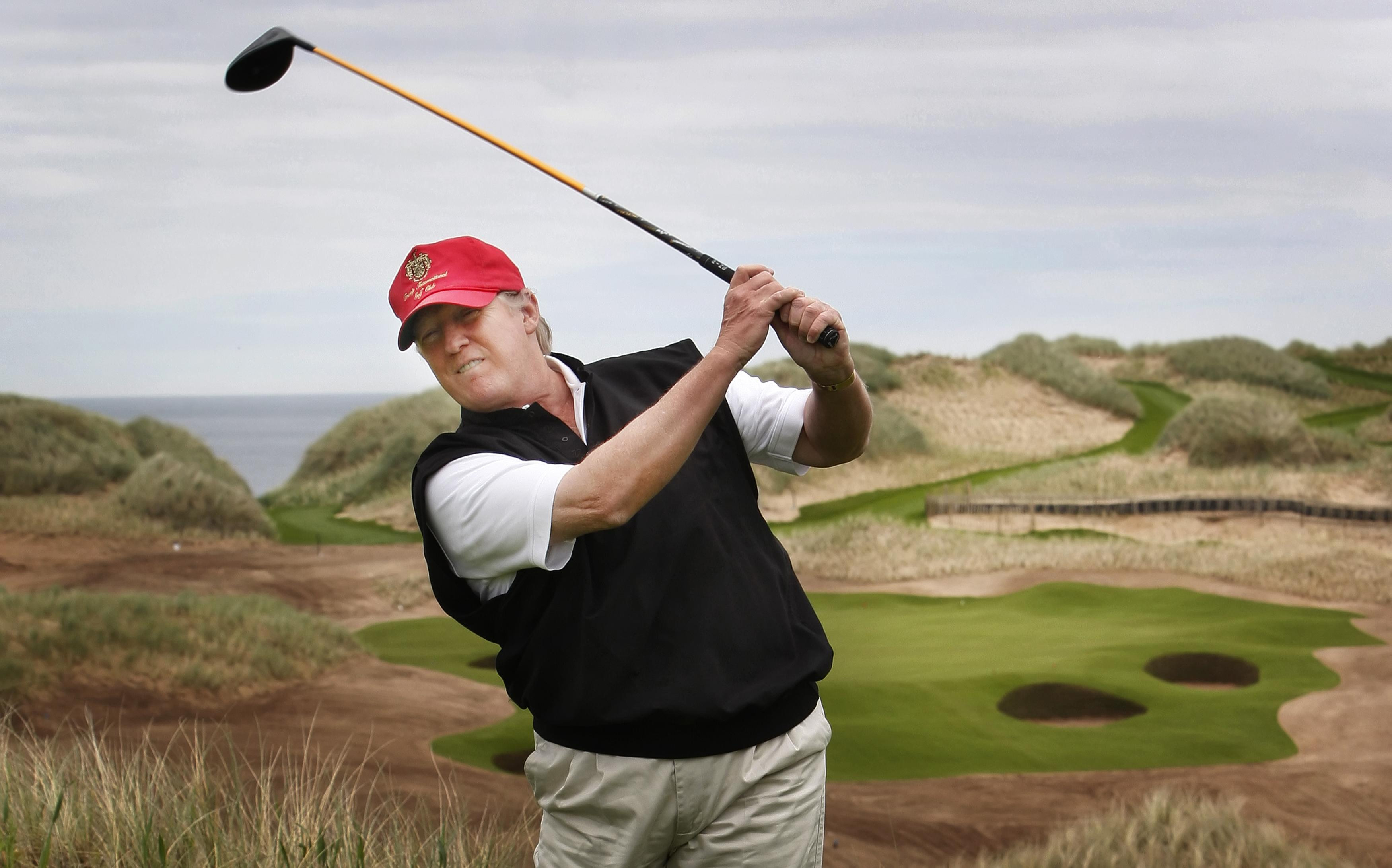 Local resident Sam Lowit, from Morningside Avenue, Aberdeen, said: "It is clear that the existing underperforming development is not of benefit to this area, with low attendance figures and ongoing financial losses.

"There is therefore no valid reason to extend or increase this situation and refusal of this application is the only viable route for the local authority to take in this case."

Trump was seen waving at protesters as he enjoyed a round of golf at Turnberry during a visitto Scotland while heading to Helsinki to meet Vladimir Putin.

The US President is currently trailing in the national polls against Democrat rival Joe Biden, but famously overturned Hillary Clinton's lead to win the White House in 2016.

It is an increasingly bitter election which has redefined by the coronavirus pandemic and mass protests over racial inequality in the US.

Trump has suggested he may leave the country if Biden wins the election, amid reports his campaign are bracing for a defeat on November.

Scientist who regretted living to 104 dies in assisted suicide

The 11 Trendiest Destinations to Visit This Fall, According to Experts