Home » World News » Donald Trump is cornered and he knows it

Just over three weeks ago in New York I joined an avid and apprehensive audience at a symposium to look at whether America was on the brink of fascism.

Yale academics Timothy Snyder, whose new book The Road to Unfreedom charts the recent rise of authoritarianism in Europe, and philosopher Jason Stanley, whose book is, baldly, titled How Fascism Works, were guided through a discussion by The New Yorker’s admirable Jelani Cobb that once would have been thought unimaginable in 21st century America. 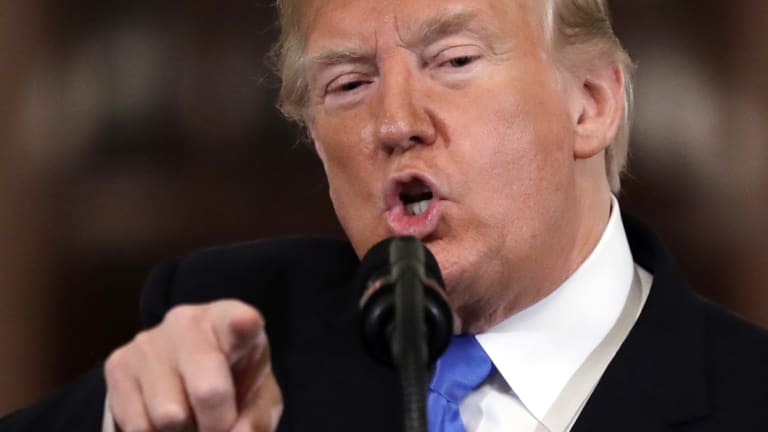 It’s going to get nasty as President Trump fights to retain the presidency.Credit:AP

Yet so rapid has been the weakening, if not collapse, of so many American political institutions in the two years of Trump the question no longer seemed preposterous.

The symposium, hosted by PEN America, was billed as an opportunity to review the state of American democracy ahead of the midterm elections. As New Yorkers, the audience understood their limited ability to influence the national outcome on November 6, which in many ways increased the fearful atmosphere as the panel outlined the ways American democracy was under assault by Donald Trump.

A helluva lot was riding on these elections and even if on the night it might have seemed the results were more a rebuke than a repudiation, on closer examination the results are not just good, they are very good.

I say this because not only did the Democrats do the essential job they had to do, but there were many unanticipated and consequential collateral bonus results that have clearly demonstrated two things.

First, a clear, and growing, majority of the country has repudiated Trump. Second, Trump’s path to re-election has now been blocked. He will be a one-term president.

The Democrats’ one job was to win back the House and they have done that decisively, picking up 30 additional seats (so far), thereby "restoring the Constitution’s checks and balances", as Nancy Pelosi, the presumptive new Speaker of the House, said on election night.

Democrats will now chair all House committees, have the power to subpoena, to conduct inquiries,

to require the production of documents (Trump’s tax returns perhaps).

There will now be checks on Trump of a kind he did not experience from the supine GOP-controlled Congress during his first two years.

They can make life very difficult for the President. They may even begin impeachment proceedings.

The next two years are going to be very nasty. Trump is cornered and he knows it. His behaviour since the election indicates how he intends to fight: firing his Attorney-General, no doubt setting in train an attempted firing of Special Prosecutor Mueller, escalating his war against the media.

We know from Bob Woodward’s recent book, from "Anonymous" in The New York Times and from almost everyone who reports on the White House that we are dealing with an unmoored and dangerous man. We also know that Mueller has a truckload of sealed indictments, including against members of Trump’s family. 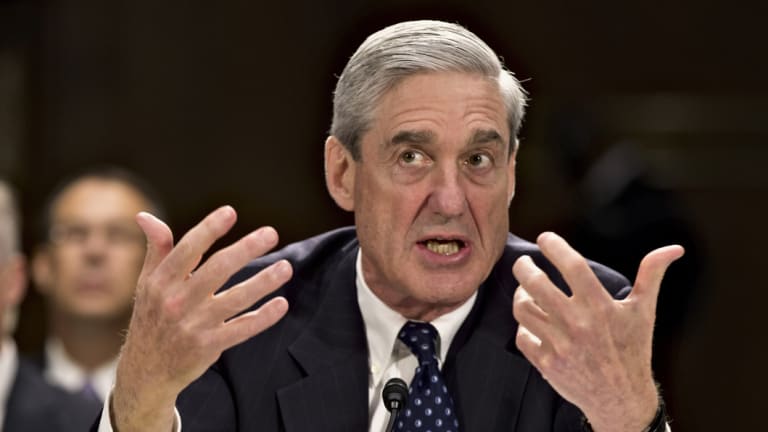 Special Counsel Robert Mueller may be next in the firing line.Credit:AP

Trump has no political skills. Nor does he know how to govern. But neither of this matters any more.

He is fighting – not for his political life, which is all but over, but for his very liberty.

The end game, as US commentators are already calling it, is likely to get very ugly.

But it is the end we are looking at, which means we can look forward to it being over.

Trump’s so-called base is now locked geographically and demographically. They are overwhelmingly white in a country where "minorities" are fast increasing their share of the population and they are mostly older, often considerably older than the Democrats’ new base. The future is not with them, not even the near future based on Tuesday’s results when a clear majority of Americans delivered a clear and unambiguous verdict on their President.

There were many results on Tuesday to indicate that the Trump era has been well and truly challenged.

The election of 19 female black judges in Houston, Texas, once the reddest of states, and the flipping of two House seats to the Democrats. Sadly, Beto O’ Rourke did not win, but his campaign enabled these other results and has left him free to run in 2020.

The election of the first black person to Newt Gingrich’s old seat in Georgia: won by Lucy McBath who happens to be the mother of a child shot in a hate crime. 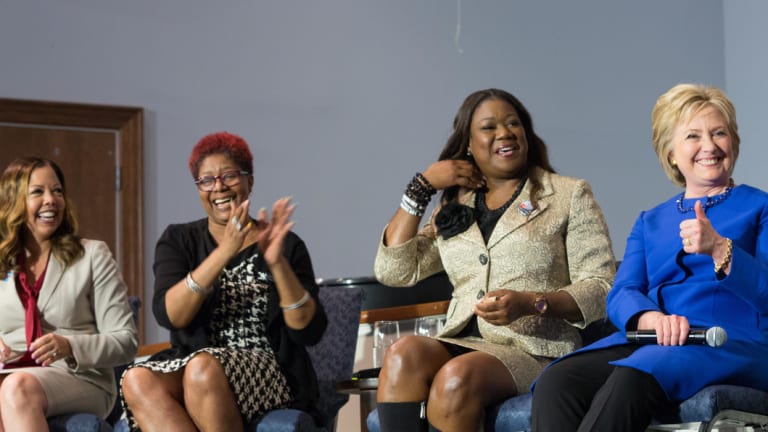 Lucy McBath, far left, at a forum on gun violence with Hillary Clinton in 2016. Credit:Alamy

The defeat of dozens of candidates endorsed by the National Rifle Association.

The election was hailed as The Year of the Woman with a record 262 contesting various seats.

Women are now governors of nine states, but this merely equals the previous record of 2004.

There is one less woman in the Senate than the 23 before the election, and just 16 additional women in the House, bringing the total to 101. Overall female representation in Congress is now just 22.9 per cent.

In Australia, hardly a global leader, 32.9 per cent of Federal Parliament is female.

But the most heartening result for those worried about incipient fascism was the decisive return to blue of Michigan, Wisconsin and Pennsylvania.

In Michigan, 57.5 per cent of registered voters, the biggest voter turnout since 1967, went to the polls. In the Wisconsin suburbs the affluent Republicans who had kept the odious Scott Walker in the governor’s mansion turned their backs on him – and Trump. In Pennsylvania the Democrats picked up three seats and a governor with almost 60 per cent of the vote.

These are the three states that enabled Trump to win in 2016. Now, with Democrats in control of their redistricting and with 46 Electoral College votes between them, they will ensure he cannot win in 2020.

Anne Summers is an Australian writer based in the US. Her new book is Unfettered and Alive.

Olympics Will Go On Despite Coronavirus in 2021, IOC Vice President Says

Neighbours fight for two years to have hoarder house cleaned