The President accused the company of targeting his supporters by making their posts harder or impossible to find. 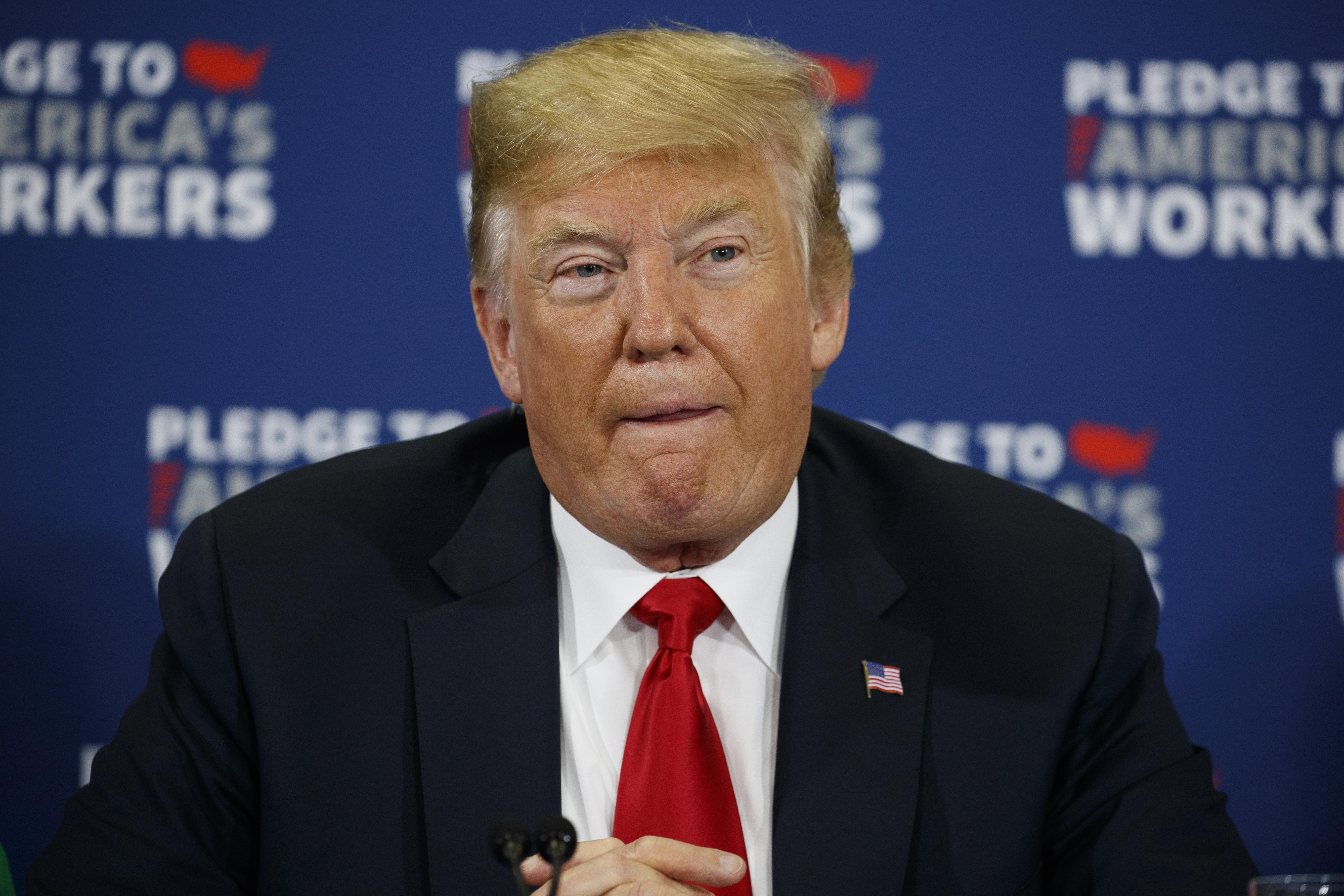 Twitter denied "shadow banning" anyone but the President's intervention saw shares crash by three per cent this morning.

"We will look into this discriminatory and illegal practice at once! Many complaints."

Celebrity backers like Hollywood actor James Wood called on investors in Twitter to pull out their cash. 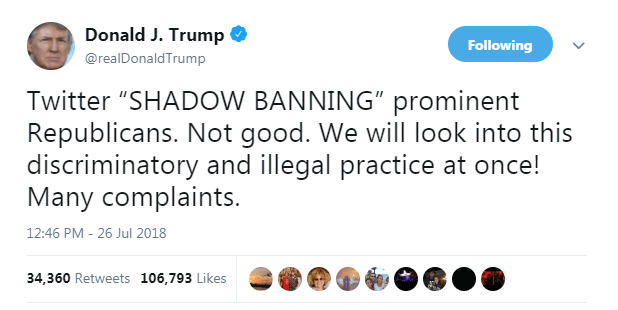 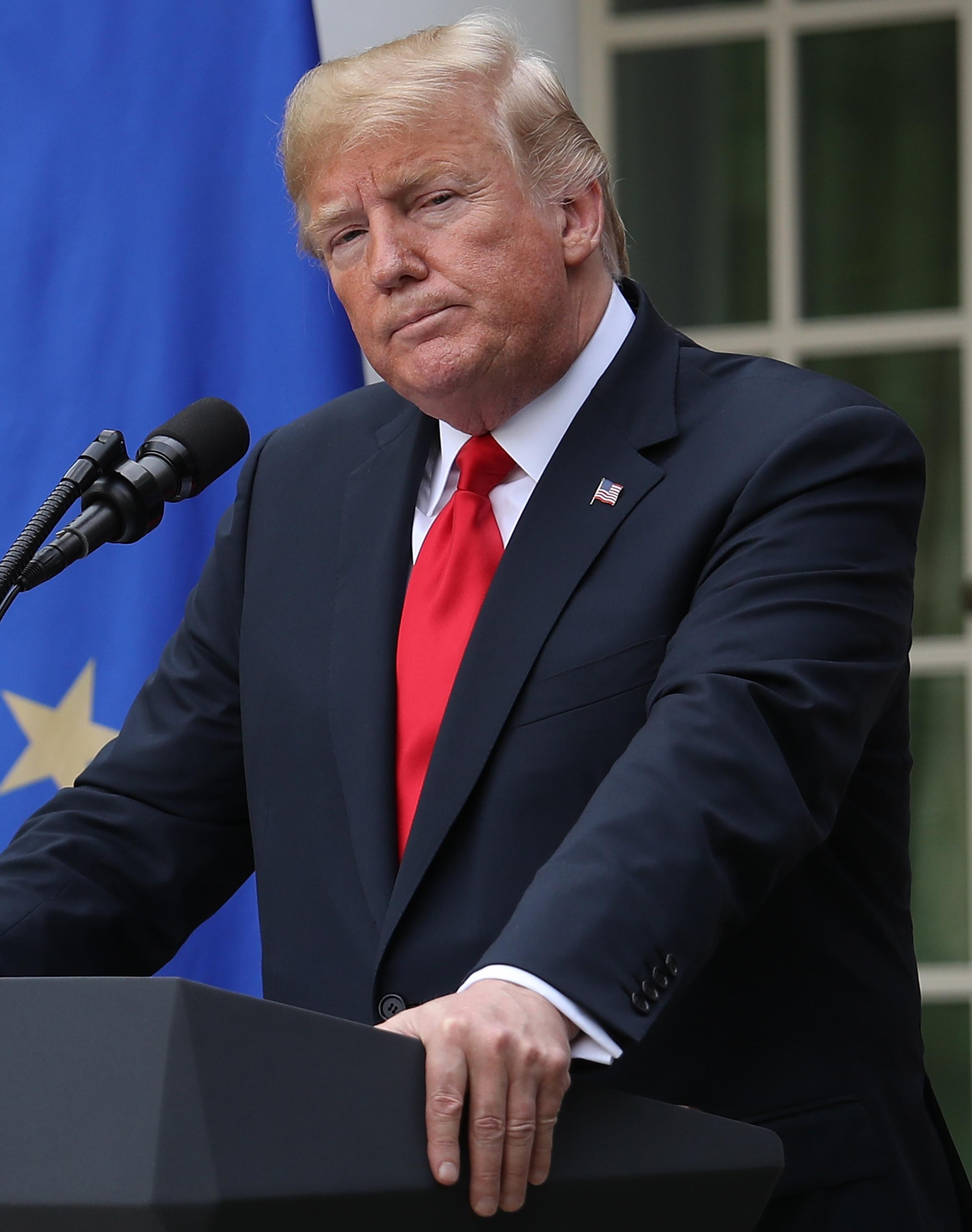 "Hit these creeps in their stock value. It’s the only way to fight this bias.

This means that their tweets would still be viewable on a timeline to themselves, but not to other people even via a search.

Twitter users wishing to see a silenced user's tweets would need to know the exact handle they are searching and would have to go directly to their profile.

The idea of this is to limit the user’s reach on the platform, without them being aware that they have been silenced. 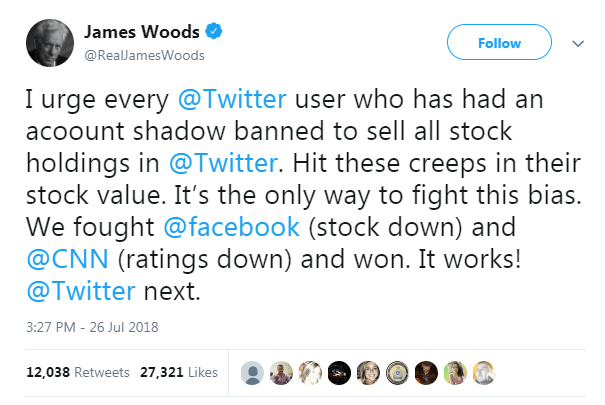 In one clip a man named as Abhinav Vadrevu, a former software engineer, says: "It's a lot of bad press if, like, people figure out that you're like shadow banning them.

The White House did not specify if an investigation into Twitter would be launched or how such a probe would be carried out.

It said: "We are aware that some accounts are not automatically populating in our search box, and we're shipping a change to address this".

Twitter added that the technology used is based on user behaviour rather than political views.

Twitter's senior strategist Nick Pickles told US lawmakers last week that the company does not discriminate based on politics.

He told the US House of Representatives Judiciary Committee: "Our purpose is to serve the conversation, not to make value judgements on personal beliefs".

How PBS’ Docu Slate Continues to Shine Amid Stiff Competition

7 of Our Favorite Spring Dresses on Sale in Every Color

To Be Cast As Catwoman In Dark Knight Rises, Anne Hathaway Dressed As A Very Different Character