Dozens have been killed after an airstrike struck a rebel-controlled prison in Yemen.

At least 82 died when an airstrike by the Saudi-led coalition blew apart a facility in the city of Saada.

The prison was run by Houthi rebels, who have been engaged in a brutal civil war in the Arab world’s poorest country since 2014.

Tens of thousands of civilians have died after years of fighting between the internationally recognised government, supported by Saudi Arabia, and the Iran-backed insurgents.

Emergency workers were seen desperately searching through the rubble for survivors and there are fears the death toll could grow further.

Ahmed Mahat, head of Doctors Without Borders, said 265 others were injured in the blast.

There has been a marked increase in violence in recent days after a rare drone attack by rebels in the United Arab Emirates. 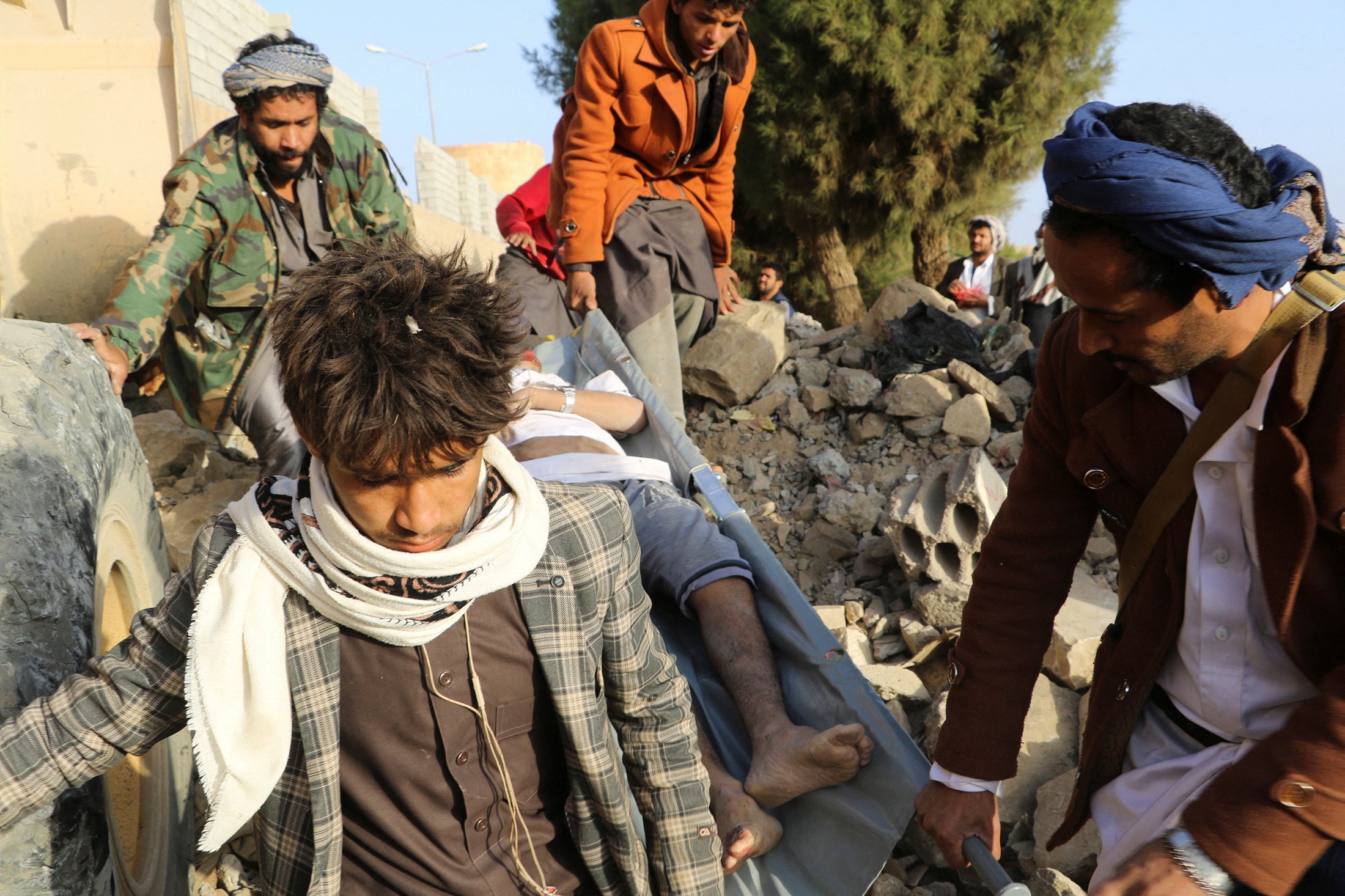 Three people were killed in an attack near the airport in Abu Dhabi.

This week also saw the government, aided by UAE-backed troops and airstrikes from the coalition, reclaim the entire province of Shabwa from the Houthis and pressured them in the central province of Marib.

Houthis there have for a year attempted to take control of its provincial capital.

Internet access in Yemen remained largely down as the coalition continued airstrikes on the capital of Sanaa and elsewhere.

It was originally feared the dead from the prison strike may have included African migrants detained while trying to cross into Saudi Arabia illegally.

Doctors Without Borders said the airstrike hit a different part of the facility housing other types of detainees, with its head adding ‘the migrants there are safe’.

Saudi coalition spokesperson brigadier general Turki al-Malki alleged the Houthis hadn’t reported the site as needing protection from airstrikes to the United Nations or the International Committee of the Red Cross.

He claimed the Houthis’ failure to do so represented the militia’s ‘usual deceptive approach’ in the conflict.

The Saada air attack, one of the deadliest of the war, was not the first to hit a Houthi-run prison.

In September 2019, an airstrike hit a detention centre in the southwestern Dhamar province, killing more than 100 people and wounding dozens.

Rights groups have previously documented that the Houthis use civilian detainees as human shields by placing them in detention centers next to military barracks under constant threat of airstrikes.

Friday’s airstrikes in Saada and Hodeida have renewed criticism of the coalition from the United Nations and international aid and rights groups.

The Houthis meanwhile have used child soldiers and indiscriminately laid land mines across the country. They also launched cross-border attacks using ballistic missiles and explosives-laden drones on Saudi Arabia and the UAE.

spoilers: Asha is broken in Corrie as Dev reports naked video to the school