As politicians on both sides of the Channel blamed each other after 27 people drowned attempting the perilous trip on Wednesday, at least 50 asylum seekers were brought into Dover huddled on RNLI lifeboats before being moved onto waiting buses. 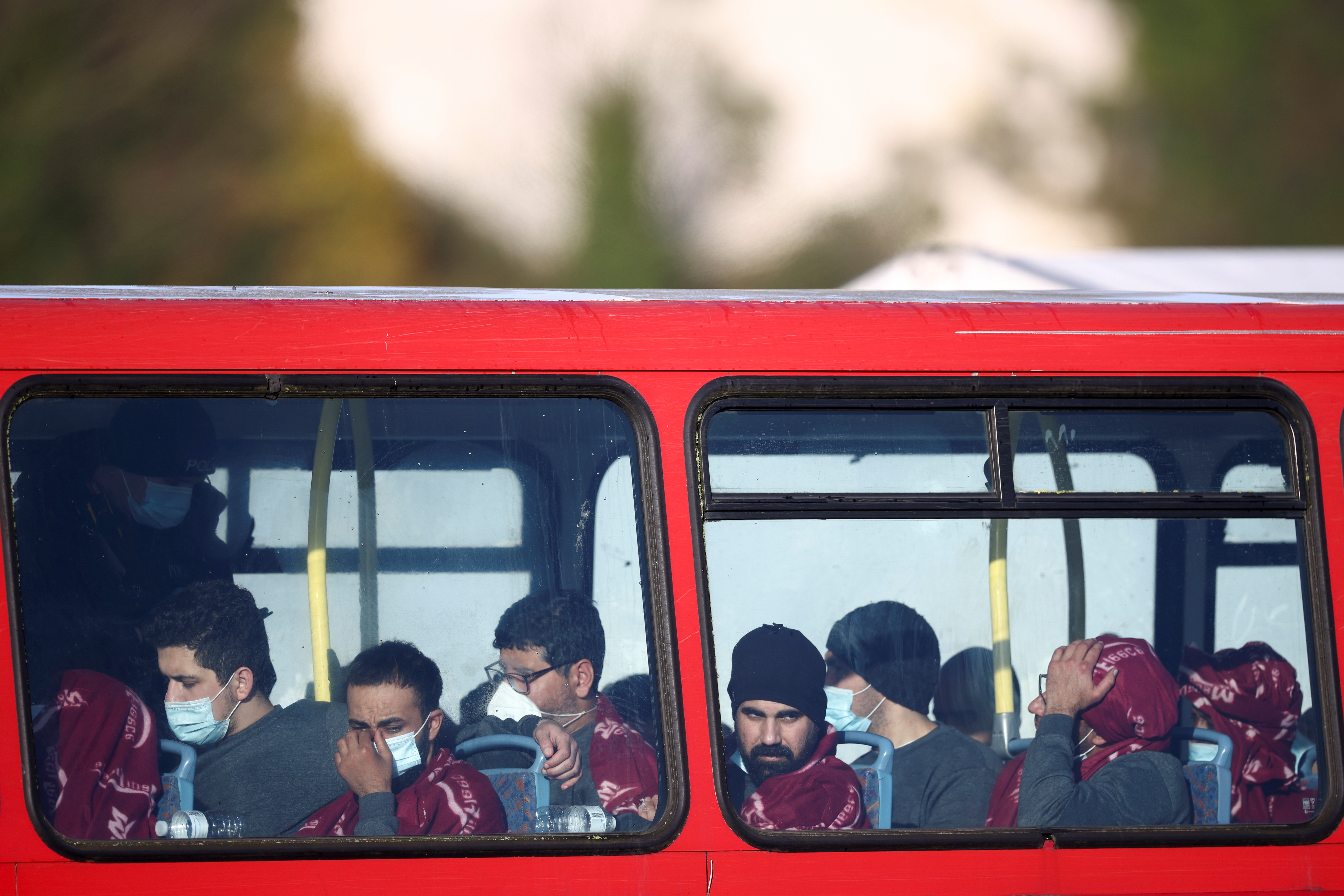 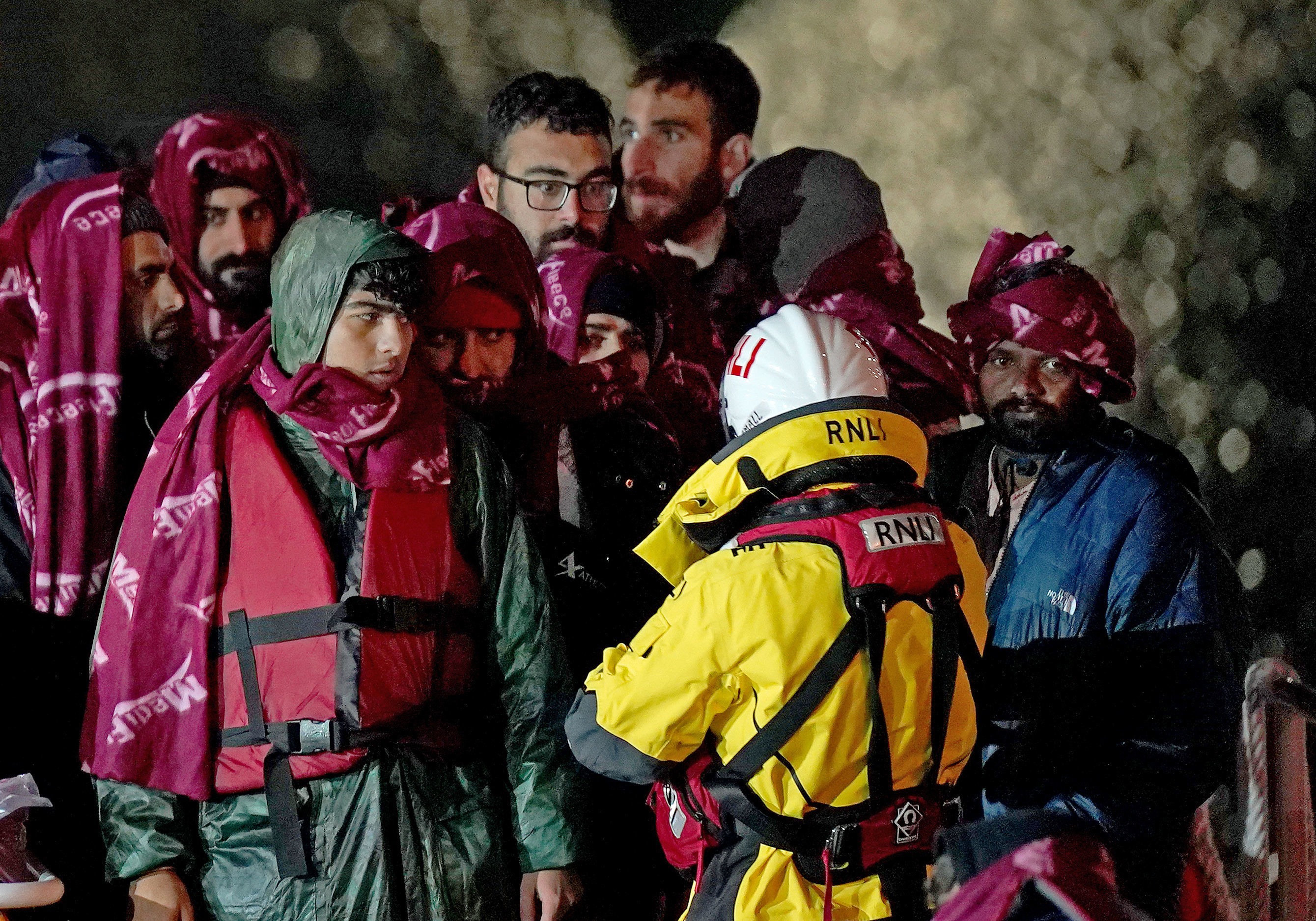 The PM urged Emmanuel Macron to green-light putting British border guard boots on French soil within days to help their teams struggling to guard the coastline.

Joint ships could also patrol the entire Channel in a team effort to stop dividing the sea in half.

And Mr Johnson demanded a bilateral returns deal with France for them to take back every illegal migrant making the crossing to Britain in a hard-ball tactic to deter people smugglers completely.

Home Secretary Priti Patel is set to visit France this weekend to try to push for radical action.

Government sources say there is genuine political will for both sides to step up after the tragic Channel deaths and the PM hailed efforts so far to find a solution.

President Macron’s enforcer Gérald Darmanin said “the attractiveness of Great Britain” was to blame for Wednesday’s small boat tragedy off Calais, which left three children and a pregnant woman among the dead.

As Britain hit back by again offering to put boots on the ground in northern France, MPs called for a national state of emergency to be declared.

Ministers were under growing pressure to declare one and even tear up the Human Rights Act so Britain can finally crack down on the problem.

After the PM had earlier accused the Paris government of not doing more to stop the crossings, France’s Interior Minister let rip in an astonishing broadside.

Mr Darmanin told French TV that traffickers were “criminals who exploit the misery of others, of women and children and for a few thousand euros they promise them El Dorado in England.

And sadly, this has been repeated every day for the last 20 years”.

Pointing the finger, he added: “We are suffering from British policy. We won’t be lectured at by the British. We are neither their employees nor their auxiliaries.”

Suggesting that UK employers see migrants as a source of cheap labour, he added: “People say 1.2million illegal immigrants are in Great Britain. English employers use this workforce.”

The blast came as the UK and France traded blows for a second day, with Ms Patel again offering our border guards to France in a bid to stop the boats.

Mr Macron accused Mr Johnson of trying to politicise the crisis but confirmed he had asked for “extra help” from the UK.

Hitting back at the PM’s suggestion that the French were not doing enough to patrol their beaches, he warned his counterpart not to “exploit a tragic situation for political ends”.

Updating the Commons yesterday afternoon, the Home Secretary claimed she had repeated the offer for Brits to help patrol northern France “within the last hour”.

After Mr Johnson made the same suggestion in an emergency call with Mr Macron, Ms Patel said she had made a very clear offer to her French counterpart of British officers taking part in “joint patrols to prevent these dangerous journeys from taking place”.

Mr Macron apparently took umbrage at Mr Johnson’s tone during the call, after which the PM told reporters: “We’ve had difficulties persuading some of our partners, particularly the French, to do things in a way that we think the situation deserves.”

But Pierre-Henri Dumont, the MP for Calais, dismissed the “crazy” proposal, which he said would not change anything along the vast shoreline.

“But absolutely more police officers, more intelligence co-operation, more on technologies — we have put forward a very, very significant technology offer which does include enhanced surveillance.

“We’ve also offered to put more officers — unwarranted because they will not take warranted officers — but these are the things I will be working through very specifically now because the status quo cannot persist.”

The UK is limited in what it can do to turn boats away and deport illegal immigrants because of commitments made under the European Convention on Human Rights.

Deputy PM Dominic Raab is preparing to announce plans to reform the Human Rights Act to make it easier to boot out foreign criminals — but MPs want him to go further.

Tory grandee Edward Leigh said: “We cannot wait on the French co-operating with us and taking these poor people back as they should. We have to act now in a national emergency to save lives.”

He added: “We have to be tough, we have to face down the human rights lawyers. If governments are weak, people will die.”

Ms Patel replied that “every option is on the table”. But the war of words showed no sign of slowing the record rush across the Channel — as the latest arrived in two boats at dawn yesterday.

Other migrants in Calais were undeterred by the drownings and pledged to get to Britain by any means, regardless of risk. Iraqi asylum seeker Ali, 23, who has been in France for weeks, said: “We don’t have a life. We want to live like you in the UK.

People are trying and they die or have a chance to get past the Channel.”

Five alleged people smugglers said to have been involved in the death boat launch were cleared of blame yesterday in another embarrassing blow for French authorities.

Mr Darmanin earlier announced at least one suspect had bought small inflatable boats from Germany and all were “directly linked” to the drownings. But prosecutors said there was nothing to connect them with the tragedy.

Hundreds of mourners attended a candlelit vigil in the central park in Calais last night. 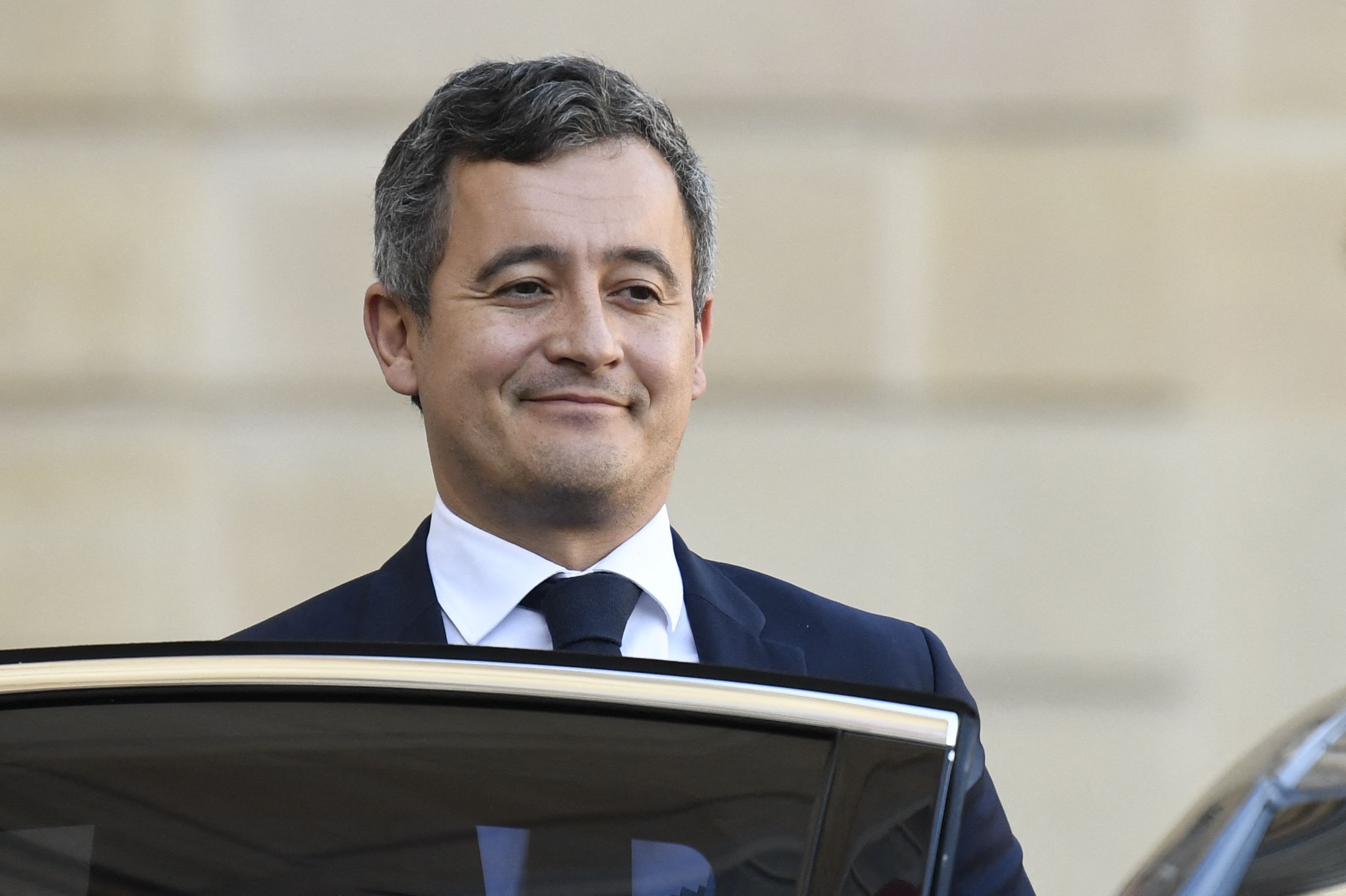 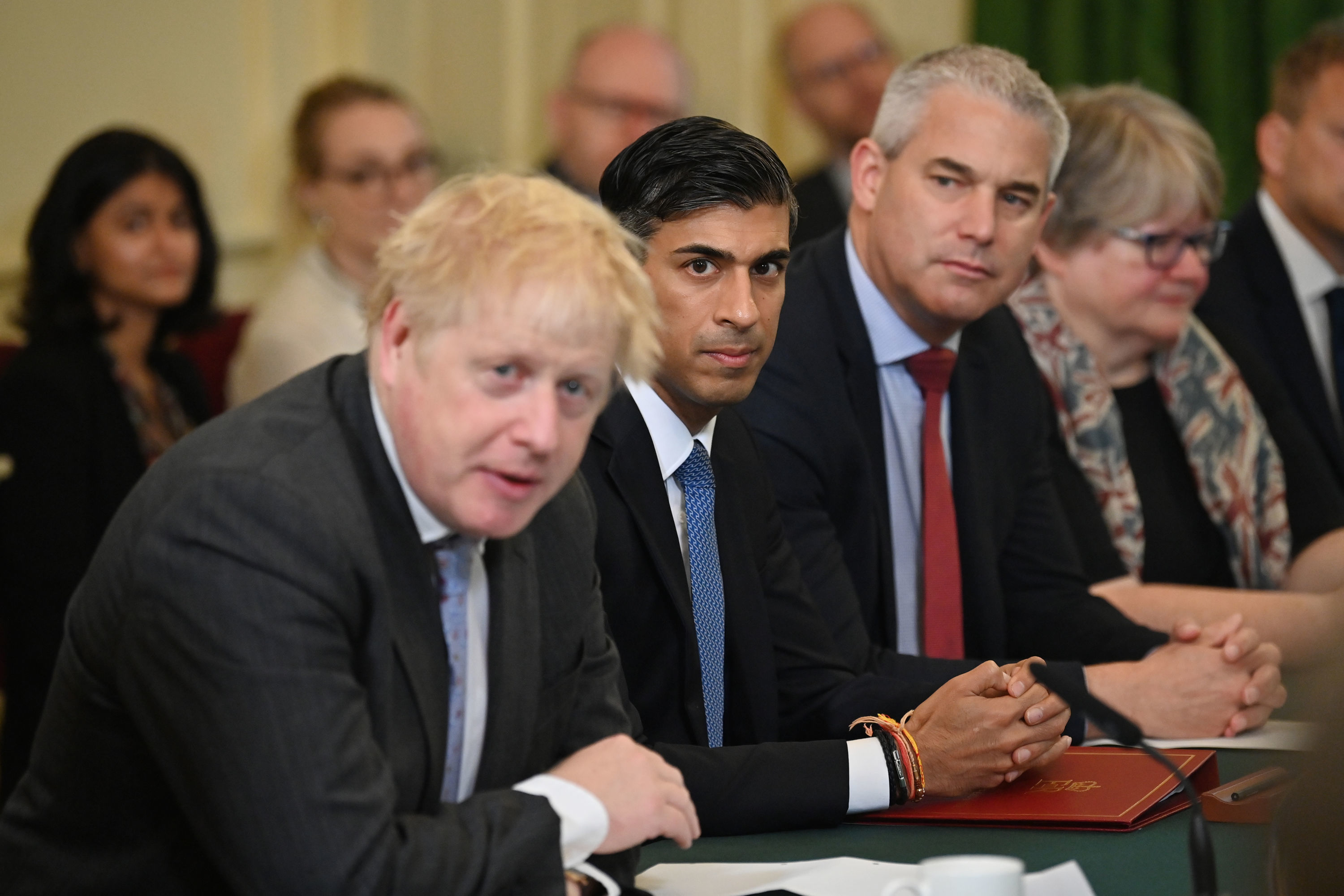 About Last Night: Safety first, if you're experimenting

Footpaths 'are being ruined by social distancing' National Trust warns