It comes as students said they made "final" calls home to loved ones amid ten minutes of terror when shots rang out. 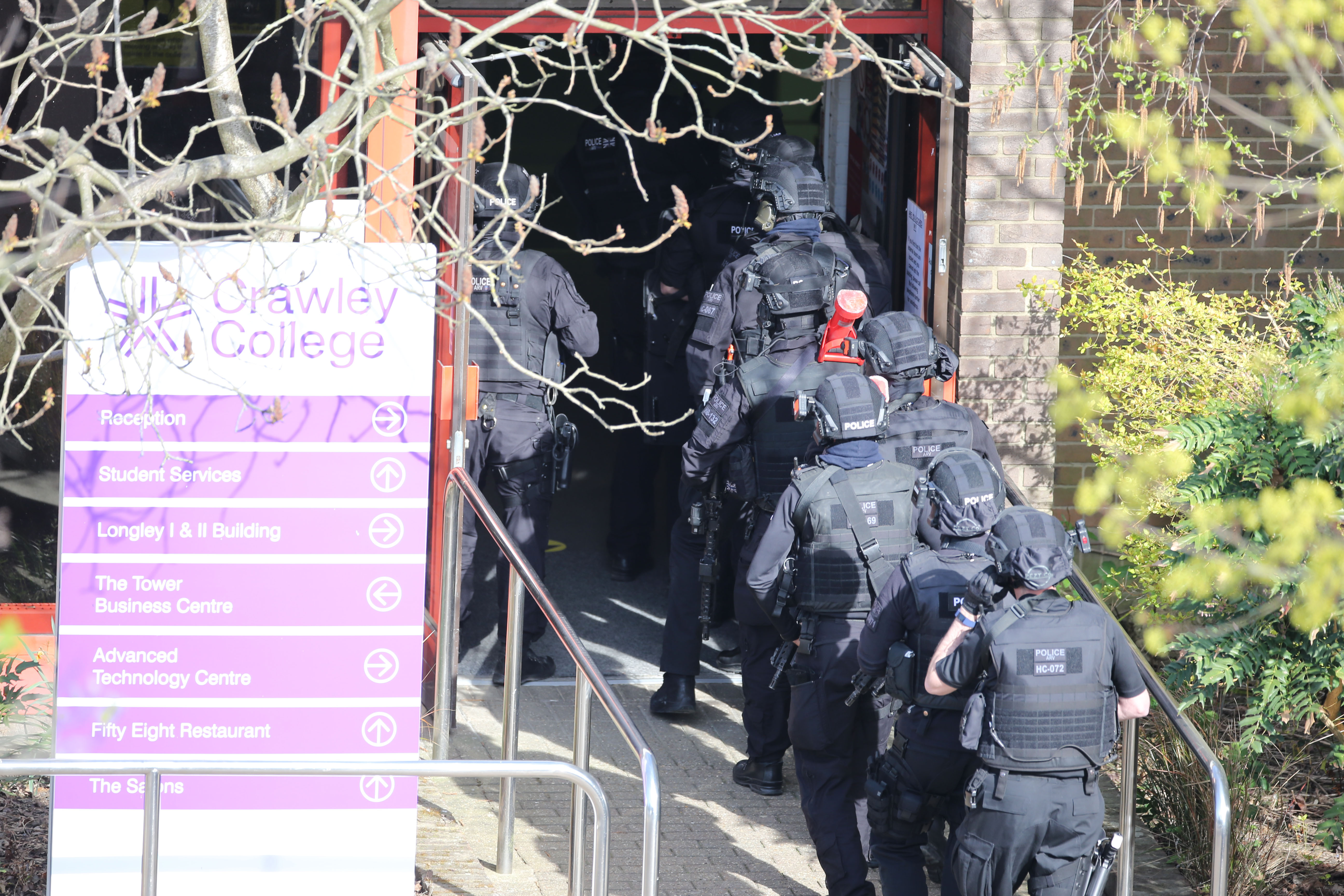 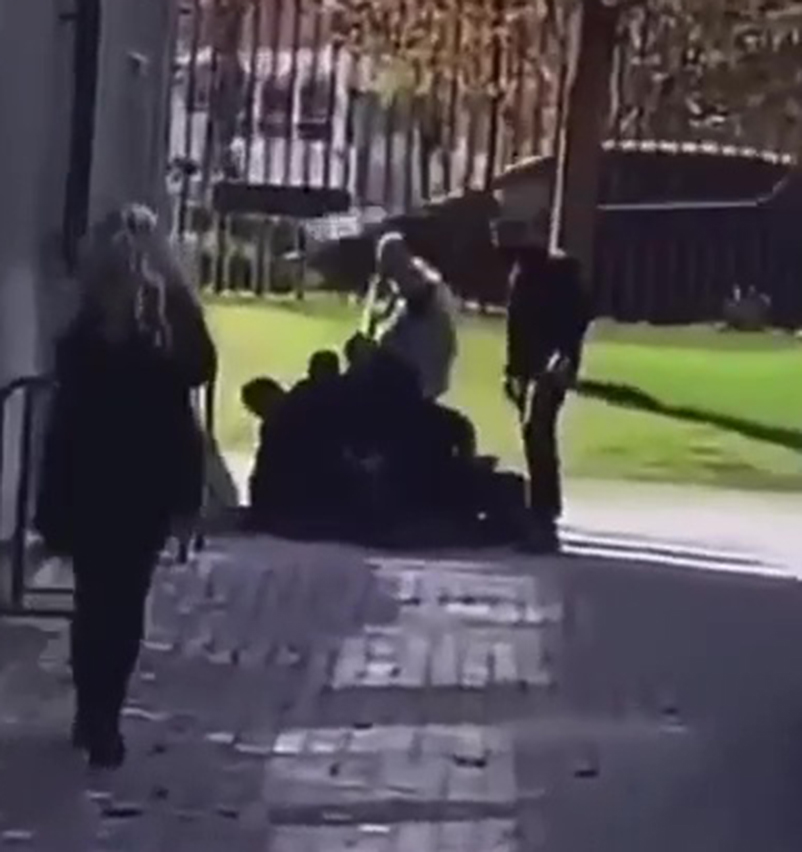 The masked attacker told students "run for your lives" before allegedly pointing the gun at a tutor.

His terrifying rampage was only brought to an end when hero teacher Steve Hopkins and a colleague, named as Pete, tackled him to the ground.

Footage shared on Snapchat shows the brave teachers leaping on the gunman, pinning him down.

Now audio taken from inside the college records the moment cops stormed the college to free weeping students inside.

One of the officers can be heard shouting: "Freeze!"

He then shouts: "One person at a time" as he begins to funnel students to safety.

An adult can be heard saying: "One student coming out." But the cop replies: "Wait there, wait there."

After hearing 16 people are sheltering, the officer asks them to come out in pairs, shouting: "Two at a time – two at a time."

An emotional student can be heard saying: "I'm going to cry", while someone reassures her that she's ok.

An alarm begins to ring out overhead as the officer shouts: "Next two!" 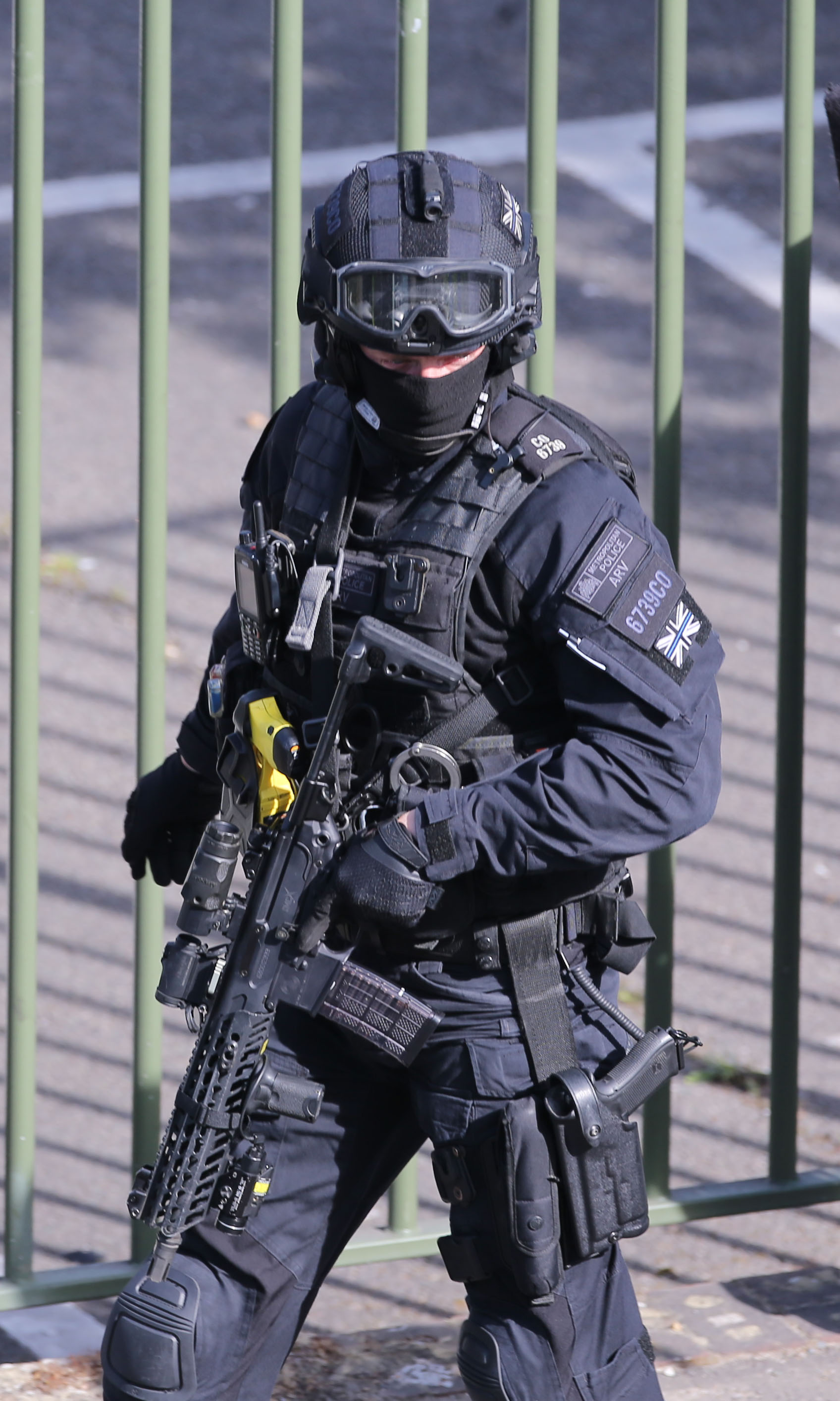 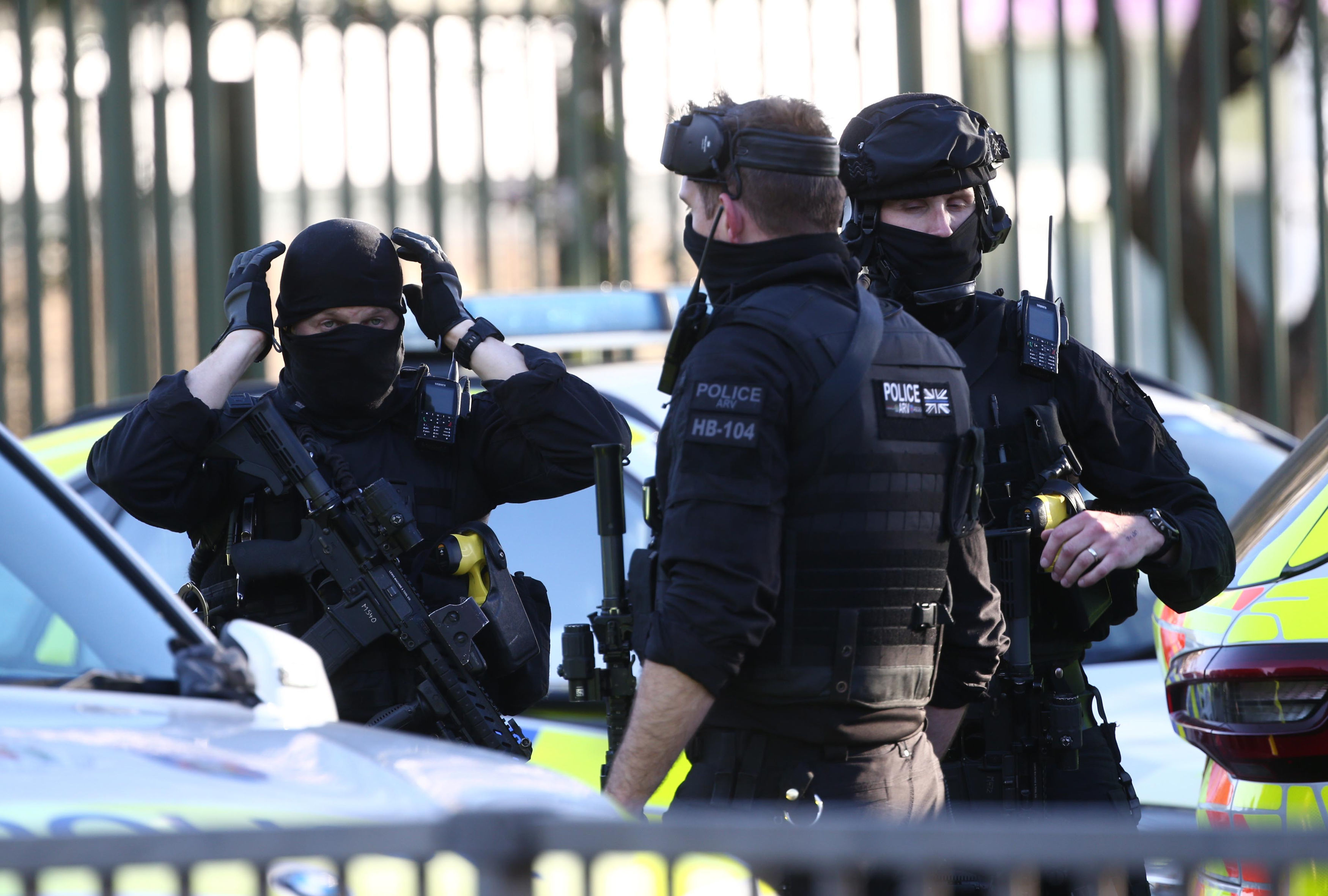 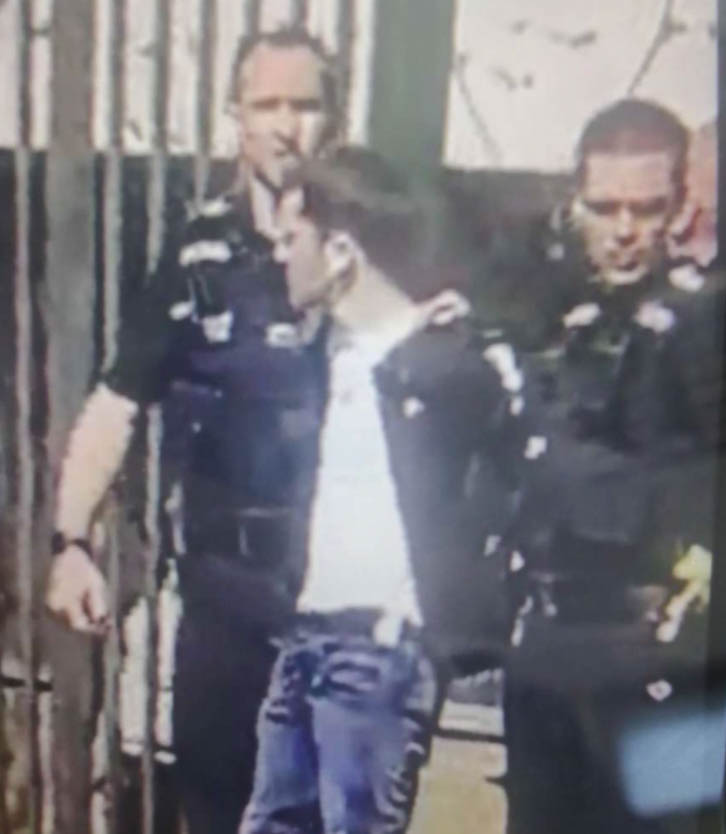 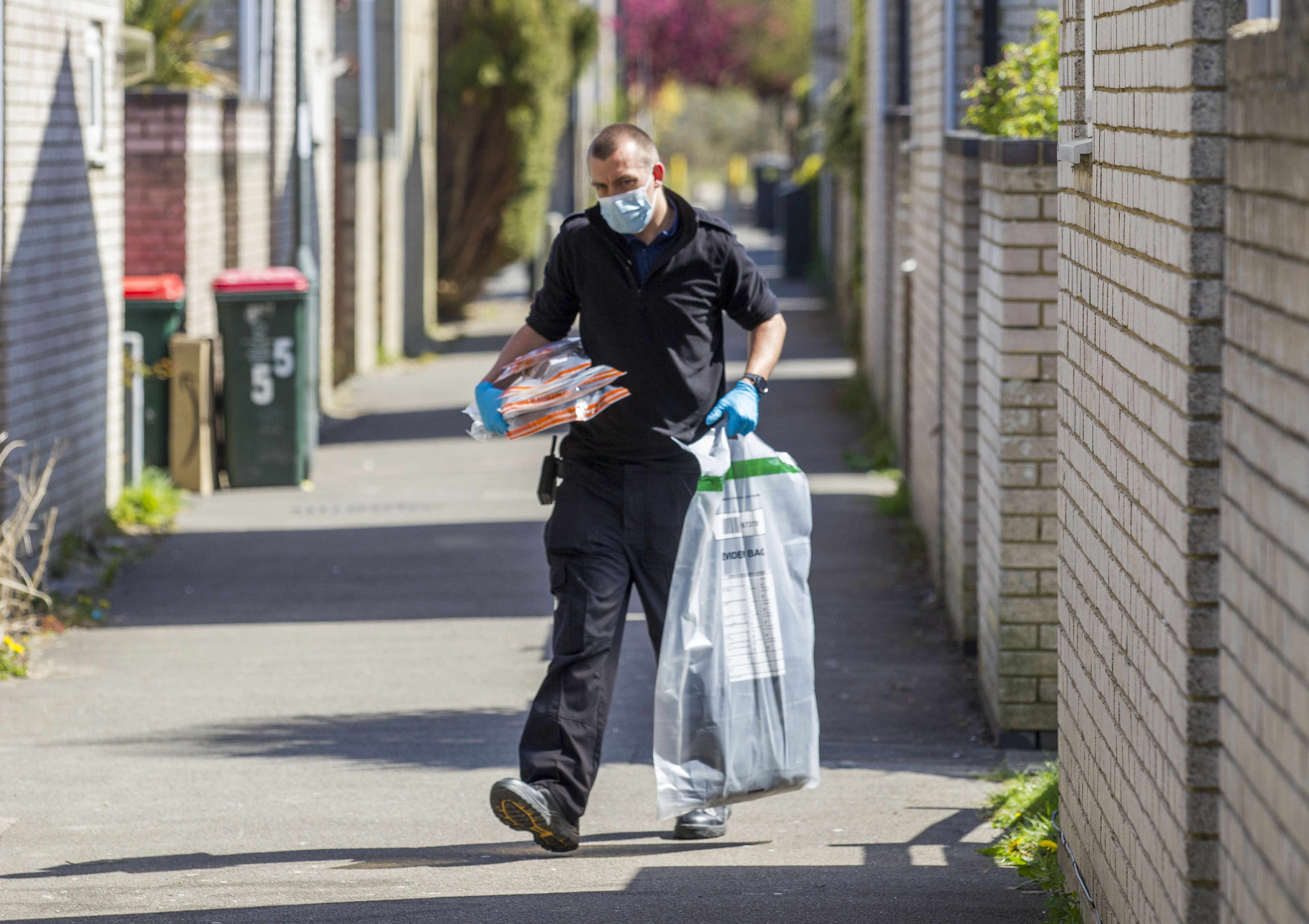 Photos from the scene shows students leaving the building in front of armed officers with their hands over their heads.

Meanwhile, an 18-year-old student said she made an emotional goodbye call to her parents after shots were fired, the Mirror reports.

"I thought he was walking around emptying it into classrooms. I went into a state of shock."

She said armed police quickly arrived and burst into the classroom – before "pointing a gun" at students.

"They told us to turn out our pockets and put our hands above our heads," she said.

Elise Stellebotte said she left her classroom after hearing several shots ring out, only to be confronted by the suspected gunman.

"He was wearing a black Puma hoodie and a mask. I was only a few yards away and I could see he had this pistol in his hand and was waving it around.

“He pointed the pistol at my tutor and fired, but they were just blanks, thank God." 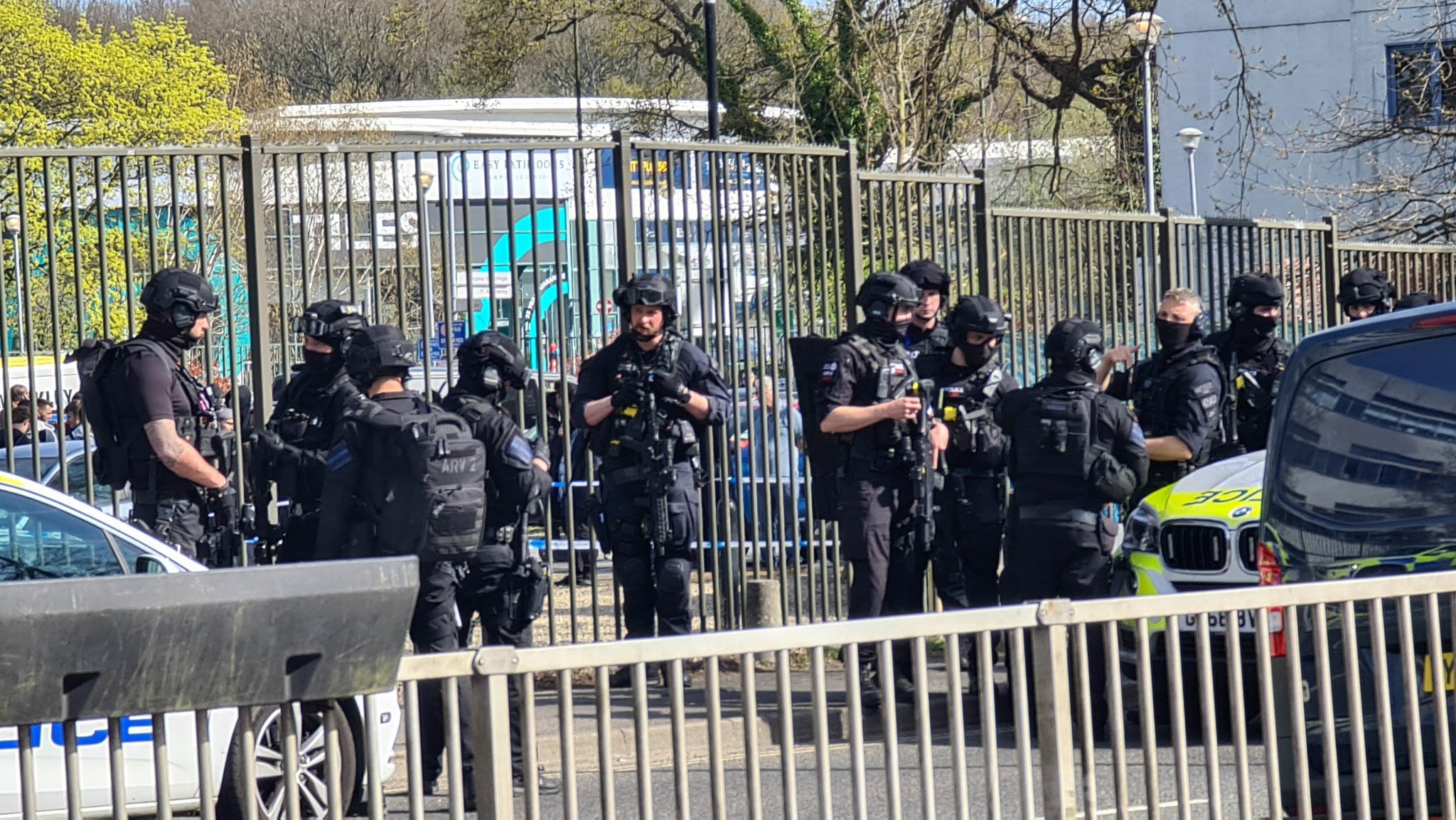 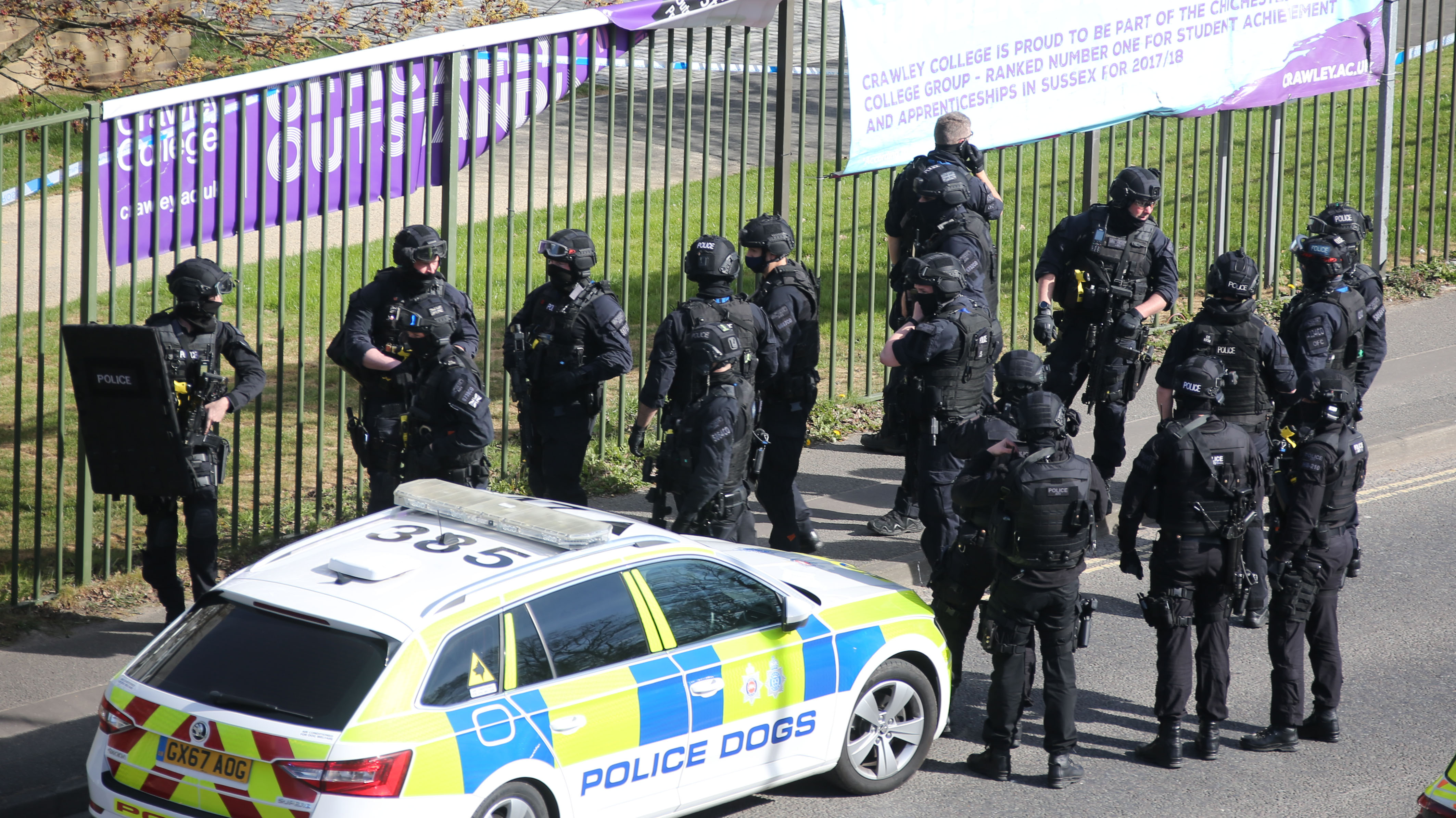 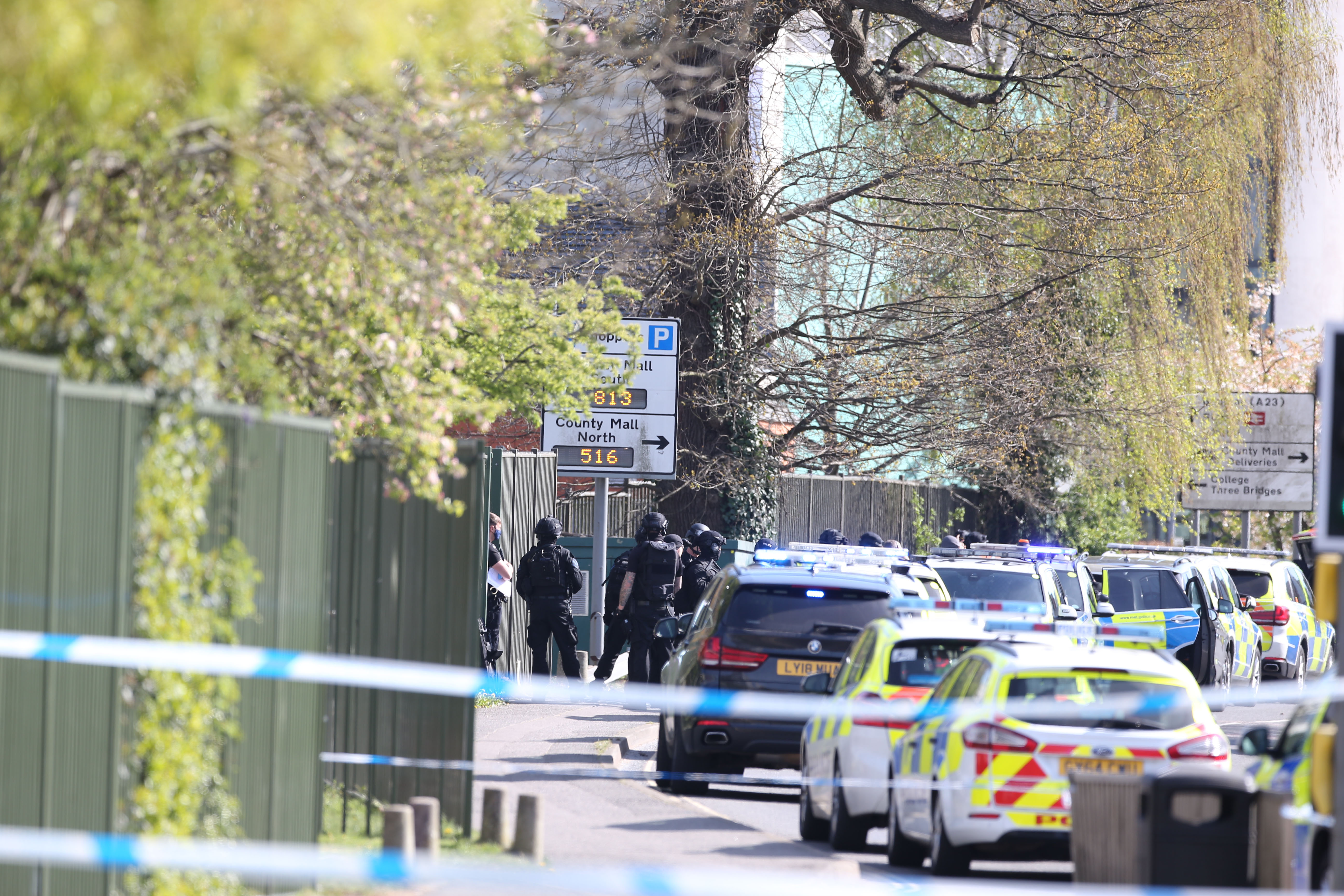 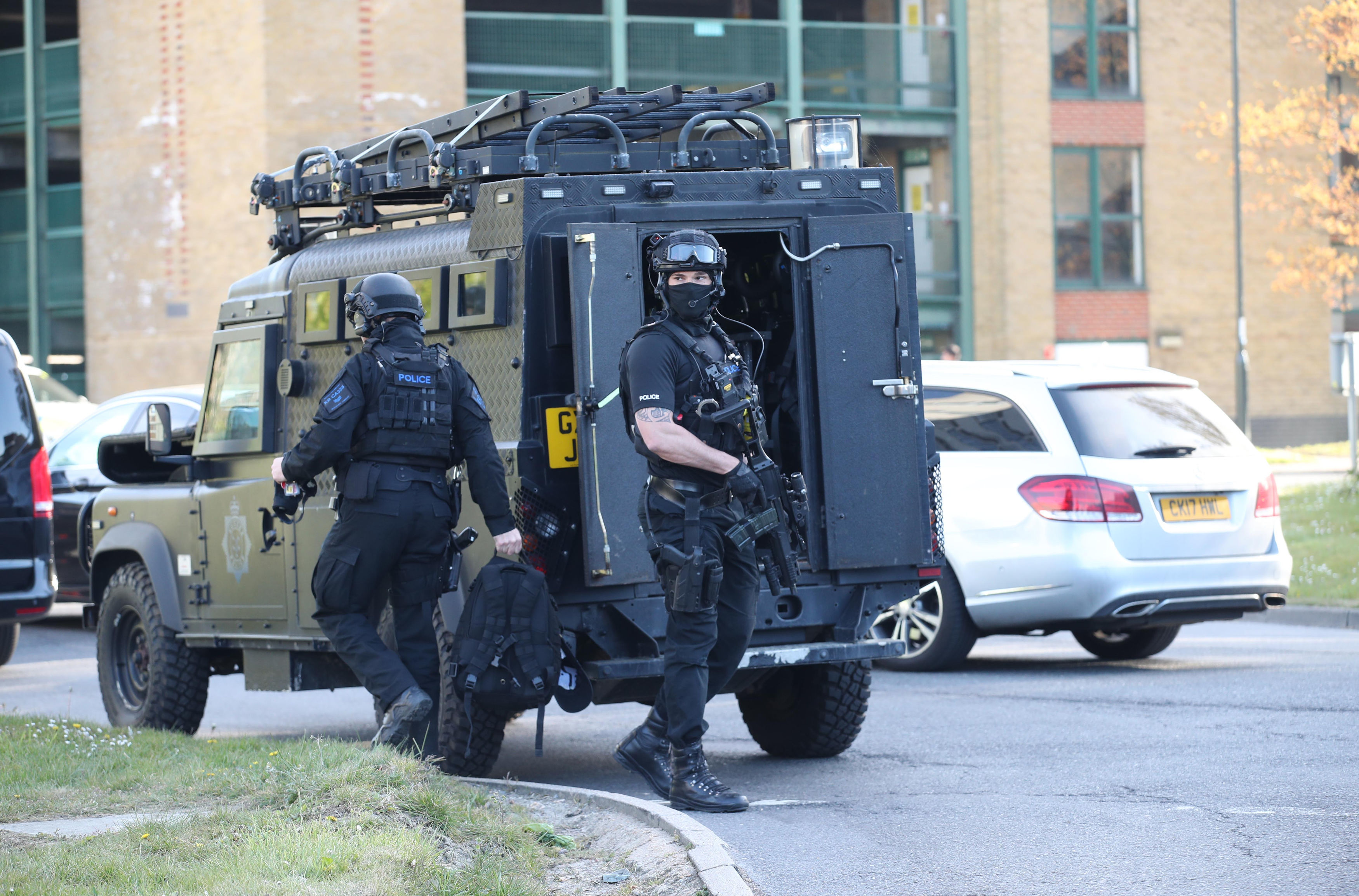 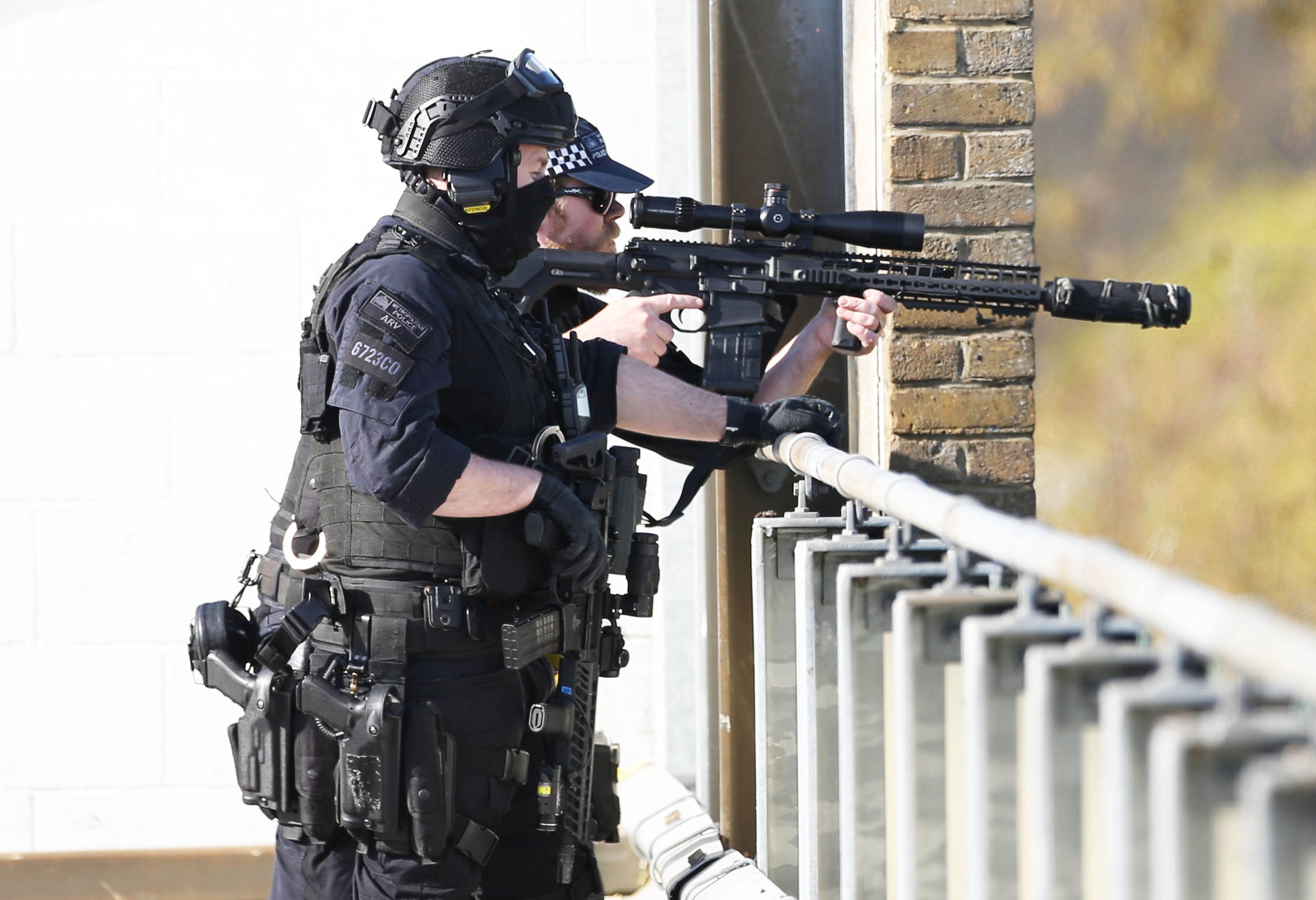 Another student, Eddie, 18, added: “It was absolutely terrifying. I heard shots ringing out and they were unmistakably gunshots. I saw the guy.

“He was screaming at people telling them: 'Run for your lives, run, run!' and jumping around all over the place then he fired some shots.”

Cops have arrested an 18-year-old man and seized a firearm and a knife.

The arrested man, a student at the college, was called a "good boy" by a neighbour living near his £300,000 family home.

"I knew he was having some problems at the college," the neighbour told The Sun.

“They weren’t letting him study as much as he wanted, or something like that.

“I know this is a problem for everybody in lockdown but he was having trouble with it.

“He was a good boy and I would never expect something like this from him."

She said: “Our college community was shaken by the actions that occurred yesterday afternoon.

“I cannot praise the courage, resilience and support shown by our staff enough.

"They have been incredible and the care and compassion they shared with our students and with each other continues to fill me with admiration.

“We can confirm two members of our staff did sustain some minor injuries, which were not gunshot wounds.

“Their heroic actions – and the rapid response of emergency services – helped to protect our college community. They are both at home, resting, and we ask members of the media to respect their privacy at this time.

'Counting On': Jill Duggar Has Been Breaking Duggar Family Rules for Years

Father, 39, 'killed himself after his daughter's stillbirth'

Mum resorts to making her OWN toilet paper