Dramatic moment hunt supporter, 48, leaps from his Land Rover and smashes the windows of a car filled with saboteurs with a torch as he is sentenced for criminal damage

A hunt supporter has avoided jail after he was caught on camera smashing up a car with a group of saboteurs inside.

Barry Watson, 48, leapt from his Land Rover and used a torch to smash the windows of a Mitsubishi Shogun carrying members of an anti-hunt group in Cambridgeshire.

As the saboteurs drove off, he threw a torch after the car and it smashed through one of the windows and hit a man inside in the back. 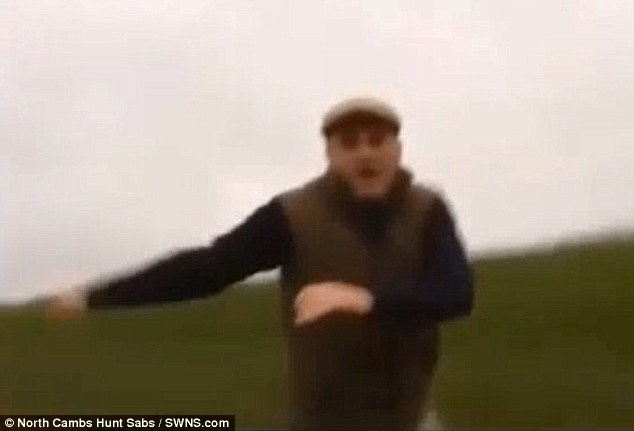 Watson then chased the car at high speed from the scene near his home in Glatton to Peterborough Police Station, where he fled.

North Cambridgeshire Hunt Saboteurs Association were monitoring the Fitzwilliam Hunt when they were set upon in a narrow country lane.

Footage shows the hunt saboteurs’ car surrounded by the high-powered vehicles, with one skidding in front of them to block them in.

Watson then approaches the saboteurs’ car and smashes in several of their windows.

The Land Rover aggressively tailgates the ‘saboteurs’, before the cars speed through a village, thought to be Lutton, Northants. 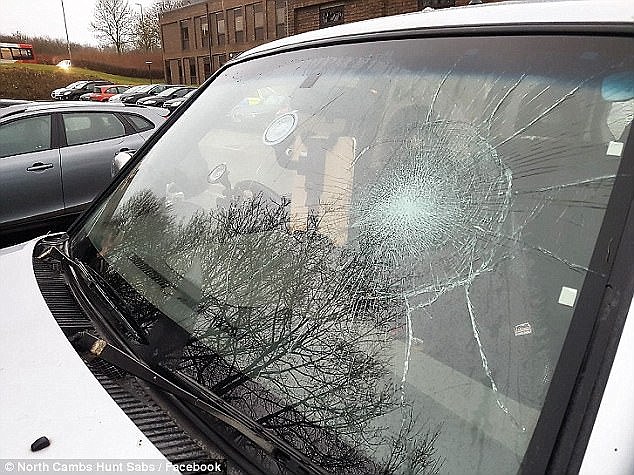 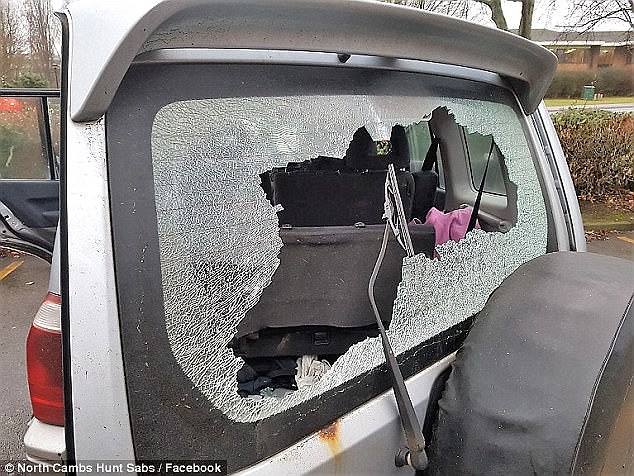 The court heard Watson had caused more than £1,000 of damage to the car in the attack on February 10.

Stephen Welford, defending Watson told the court that Watson reacted ‘entirely out of character’ after one saboteur said to him ‘we know who you are, your time has come.’

Mr Welford said: ‘Watson is a hunt supporter – he does not take part in it, but he goes and watches the hunt. On this day he had been out with the Oakley Hunt.’

Mr Welford said in the past Watson had received threatening phone calls to his home from hunt saboteurs.

‘He had been threatened, abused and worn down,’ the lawyer said. ‘He came across this Shogun, and foolishly took matters into his own hands. This was entirely out of character and is a matter he regrets.’ 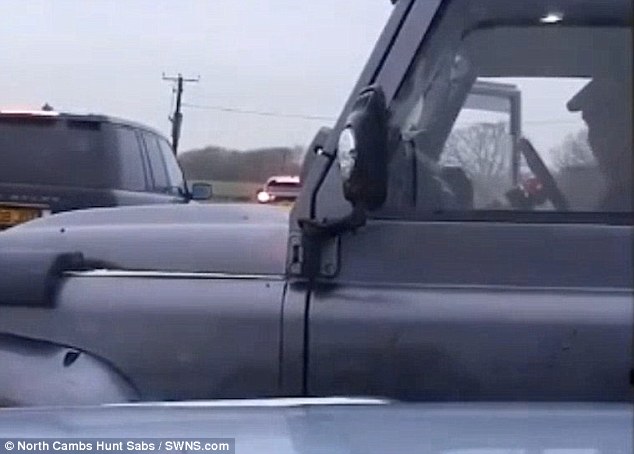 Watson was ordered to carry out 80 hours of unpaid work, and ordered to pay £85 costs and an £85 victim surcharge.

Speaking outside court, a spokesman for the North Cambridgeshire Hunt Saboteurs Association, said: ‘When all the vehicles finally came to a stop, Mr Watson leapt out and violently attacked his victims’ vehicle with a blunt object, smashing three windows and injuring the occupants with brute force and broken glass from the shattered windows.

‘After the shocking attack, the victims made their escape. However, he continued to chase them at high speed in his Land Rover, until the pursuit lead to Peterborough Police Station, when he fled the scene.’

They added: ‘While we are disappointed with the leniency of the sentence, this reflects Mr Watson’s guilty plea and acceptance of the charges.’

Dad furious as girl, 11, told to leave play centre for ‘having autism’

’68 Whiskey’ Preview: Holloway Is Desperate To Get Her Hands On Pain Meds For Surgery