TRAFFIC camera footage shows the dramatic moment an alleged carjacker jumped from a moving vehicle and pointed his gun at another driver as he was chased by police.

The unidentified suspect was fatally shot by Minnesota cops on Sunday as he tried to steal a second vehicle while standing in the middle of Highway 13. 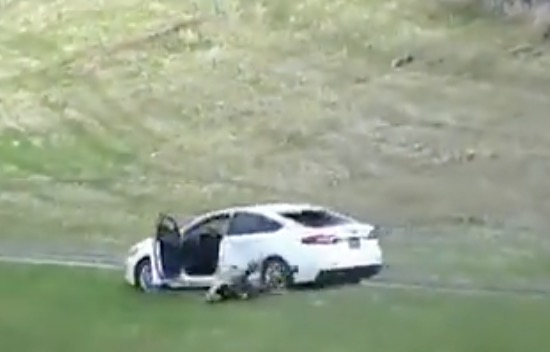 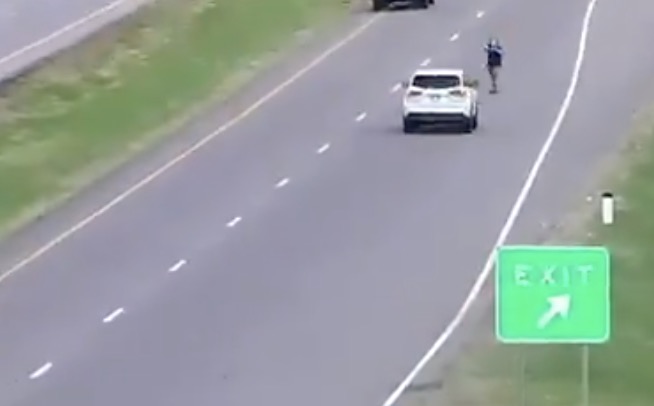 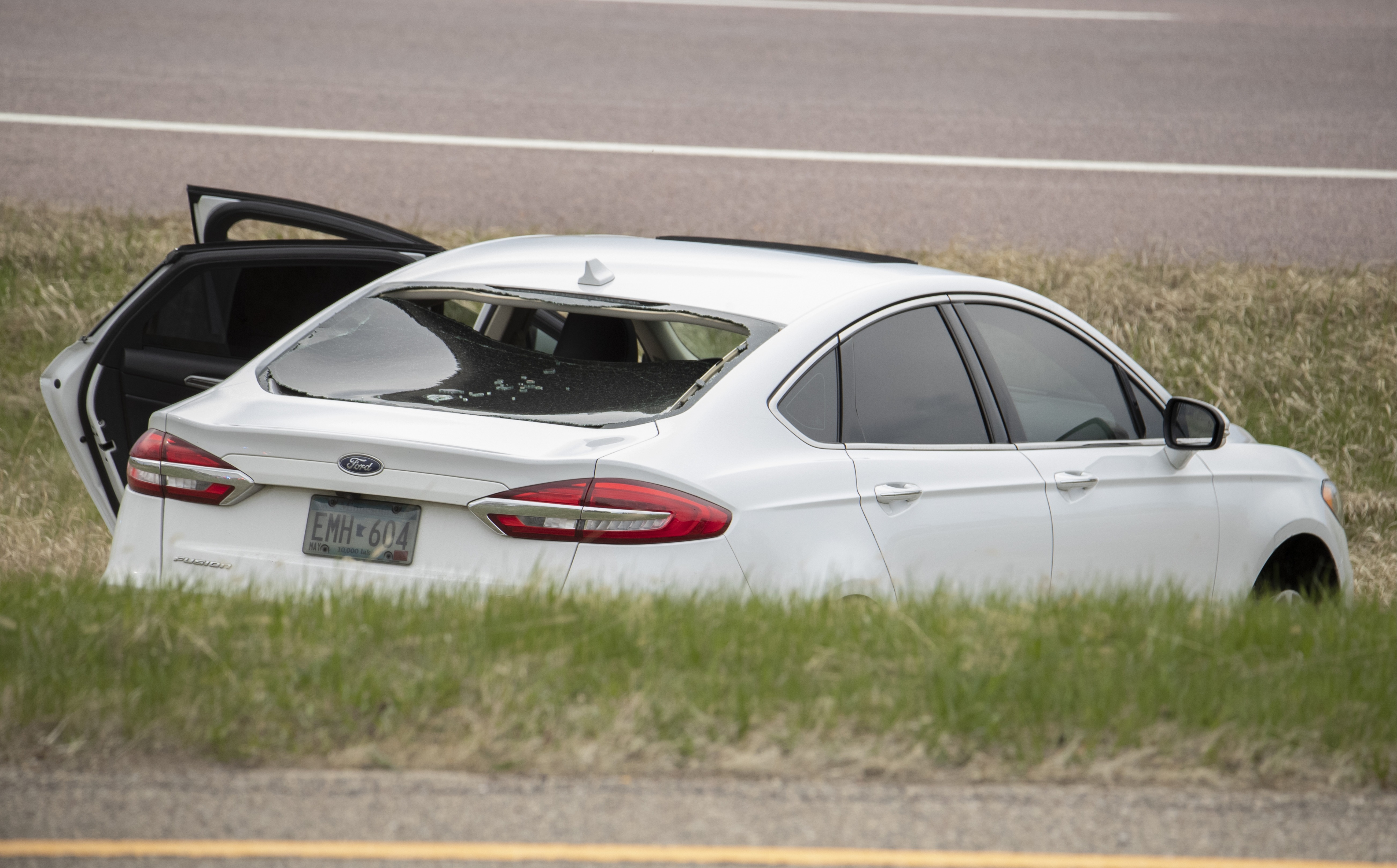 Officers first encountered the suspect driving a vehicle with stolen plates, according to KSTP.

The suspect, described as a white male in his 20s, crashed the vehicle and escaped.

Cops were then notified that the same suspect had been involved in an armed carjacking and began a pursuit.

Officers chased the stolen vehicle at around 3pm on Sunday. 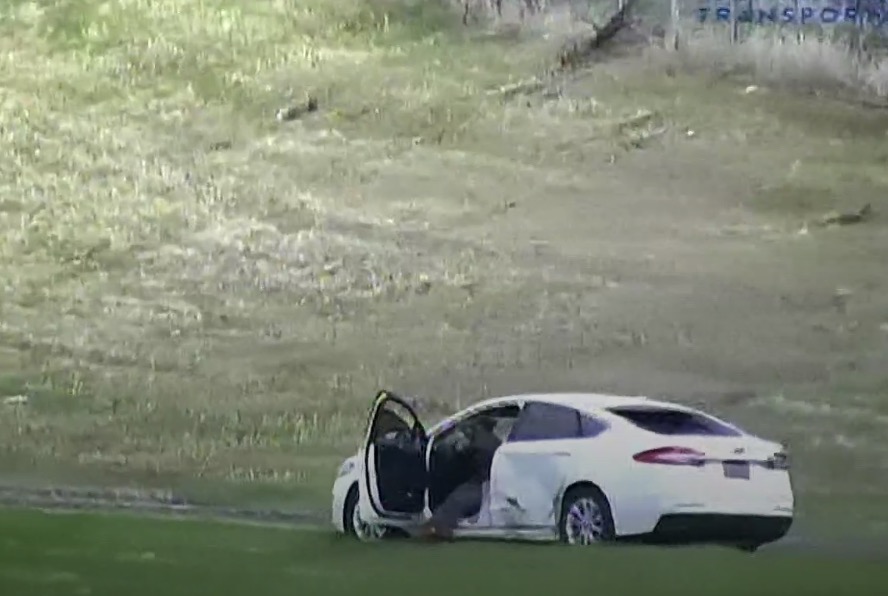 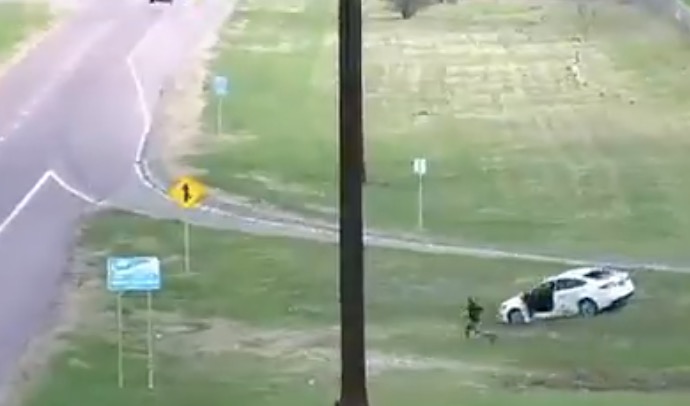 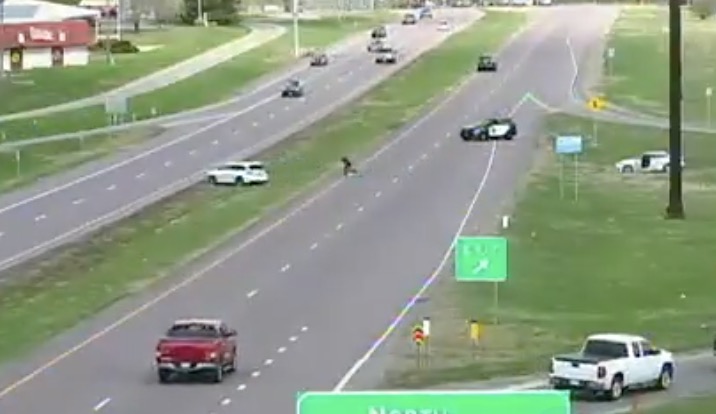 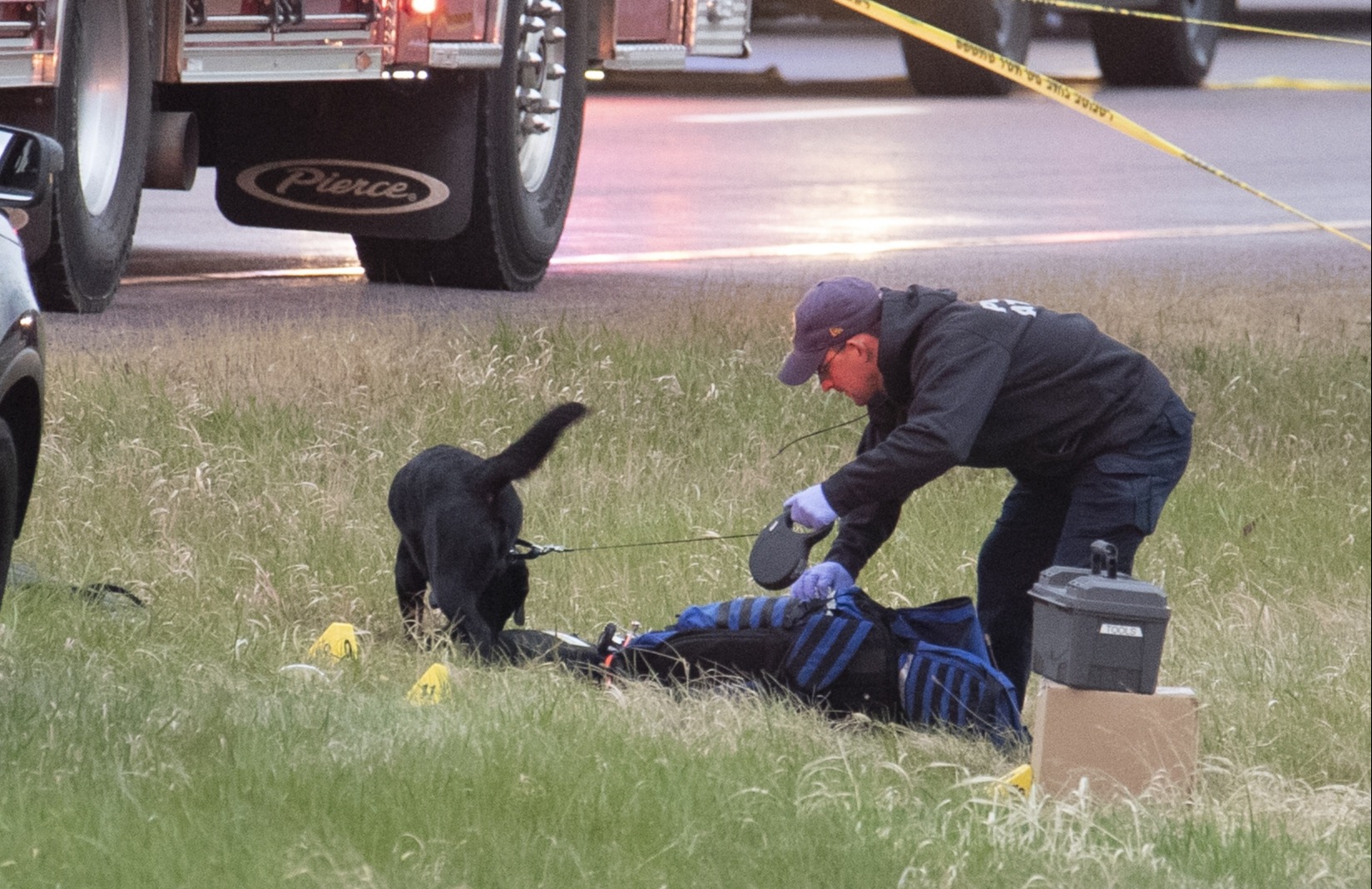 The suspect fired shots at the officers in pursuit before also crashing the second car.

The footage shows the suspect just as he abandons the vehicle, jumping out the door as it rolls down a street.

He runs toward the highway with his gun drawn and steps in front of a car in an attempt to stop it.

The driver slows down and attempts to make an escape by sharply turning left and driving onto a grass median. 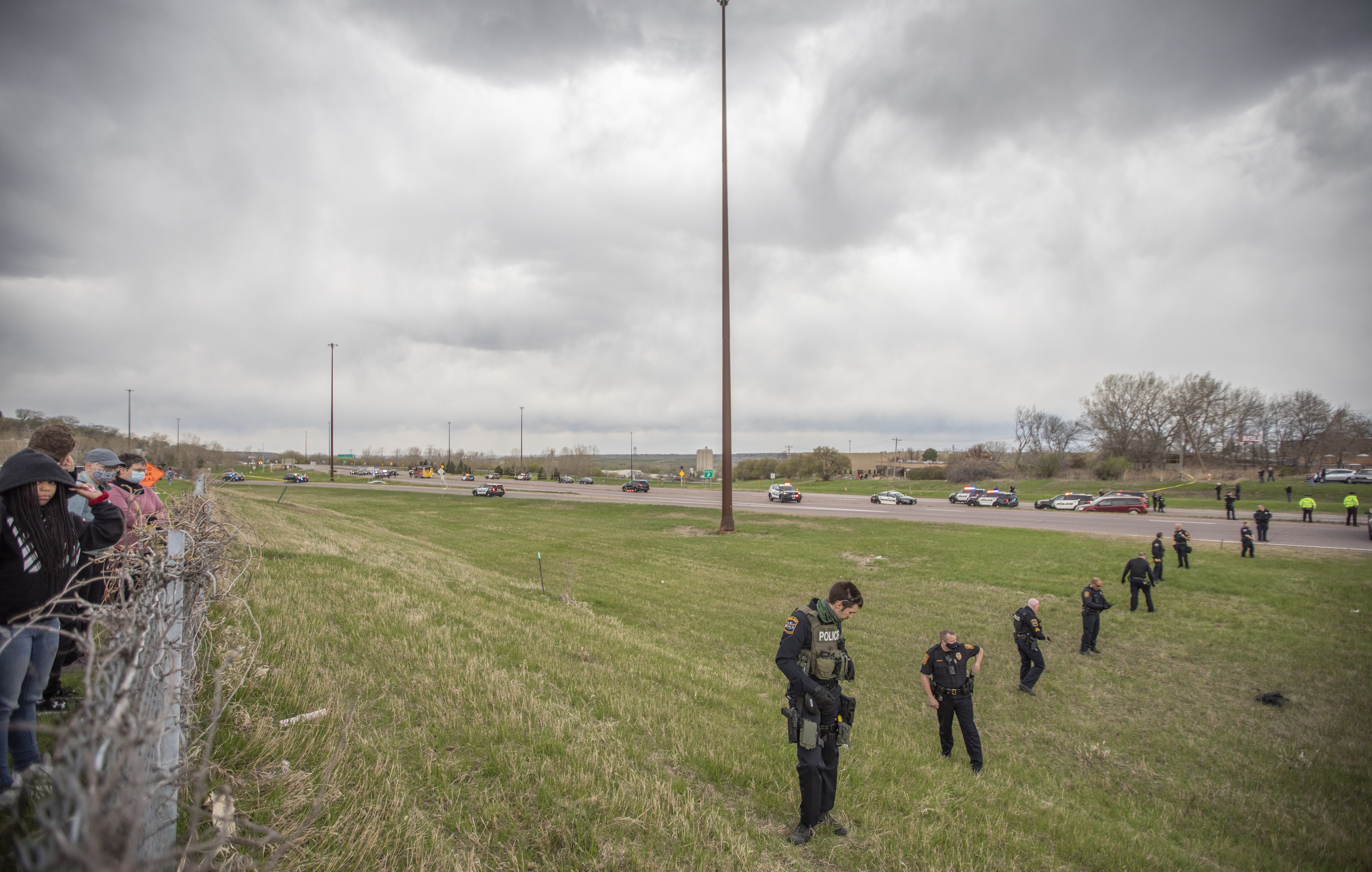 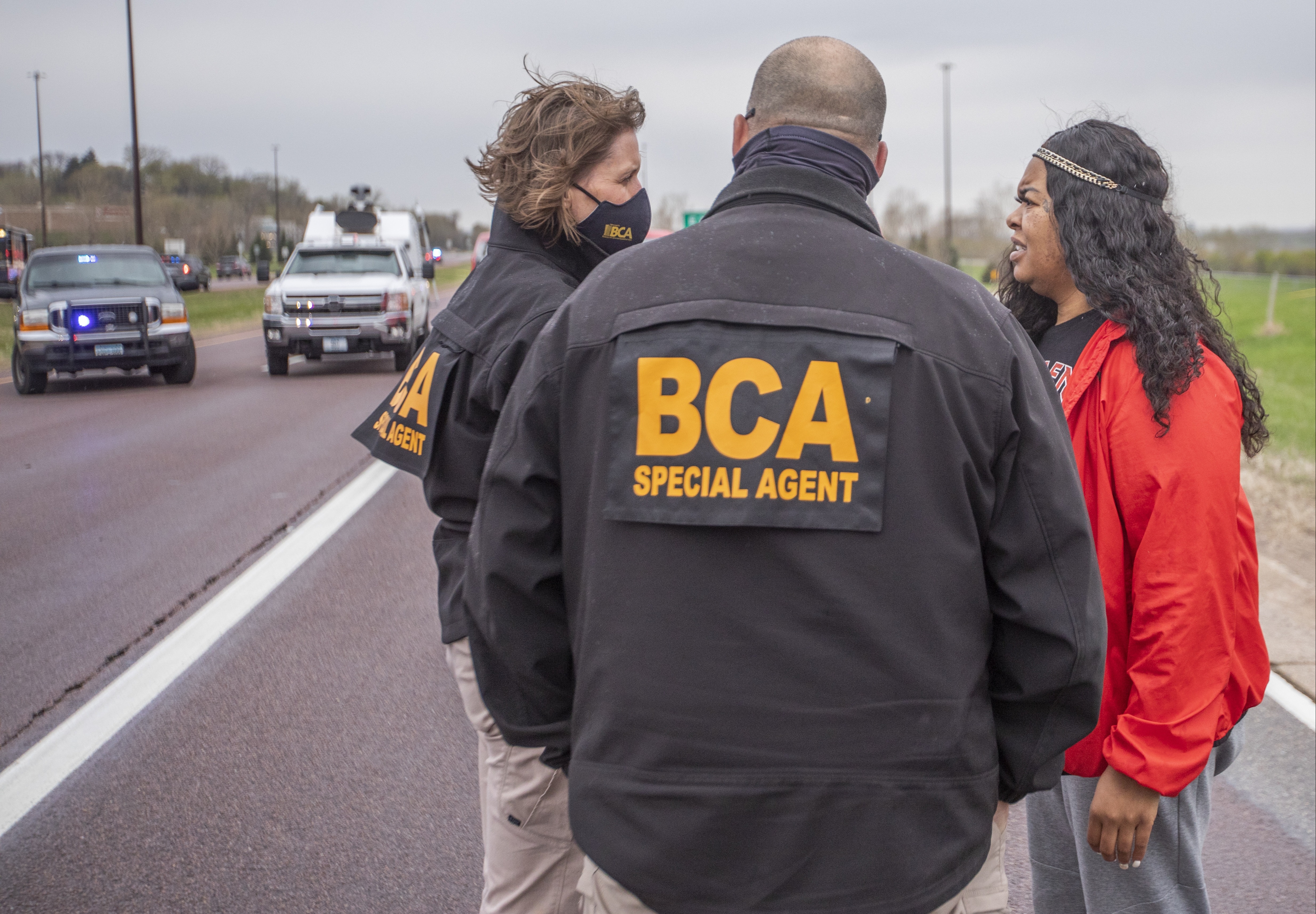 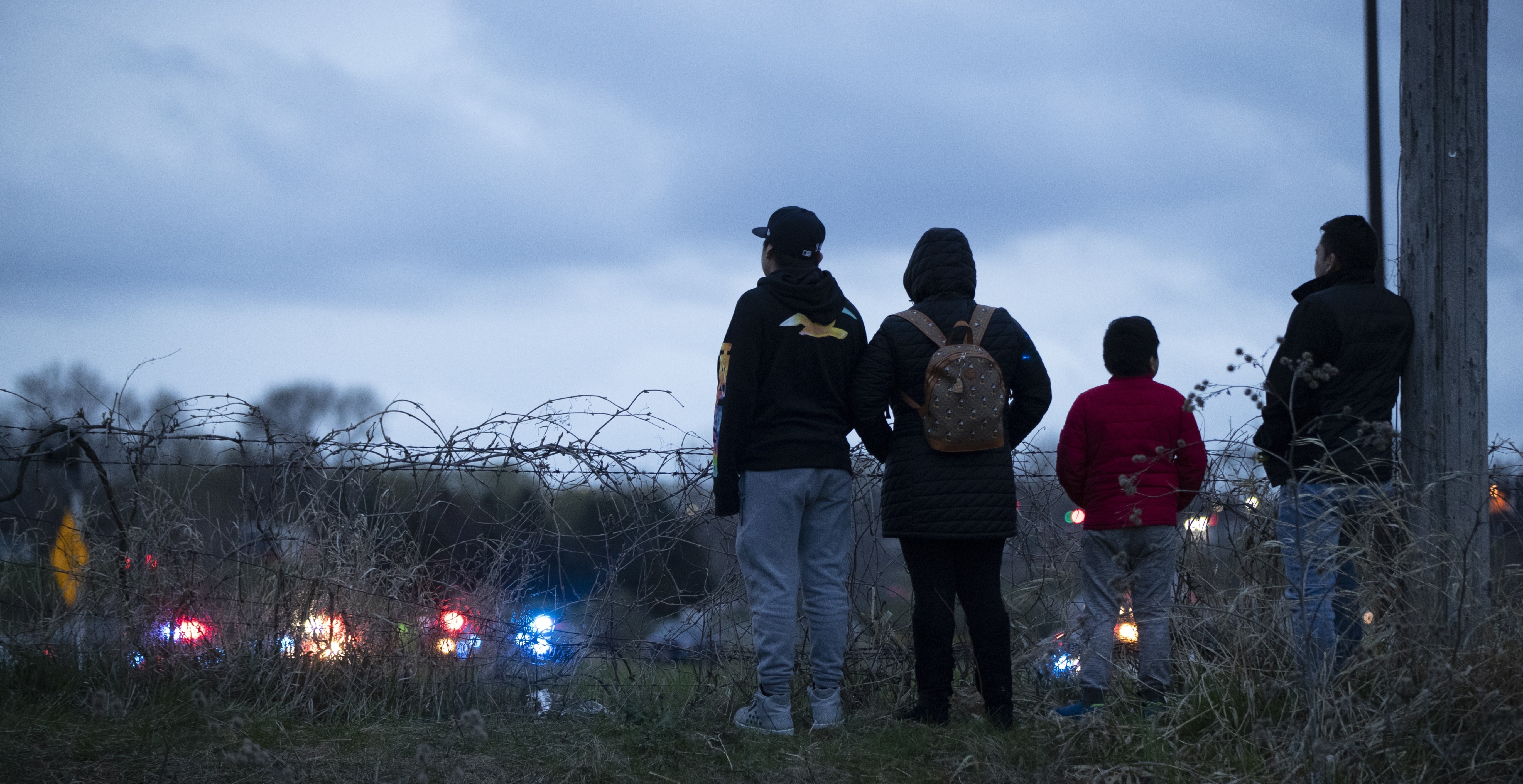 The suspect had continued to fire at cops chasing him down and multiple officers returned fire, a press release from the Burnsville Police Department said.

The man was taken to Hennepin Hospital near Minneapolis but later declared dead.

"I seen him run into he middle of (Highway) 13 north," witness Joycelin Goodman told KARE.

"I don't know if this guys trying to rob this person or he's asking for help. As soon as that happened, that's when I heard and saw the cops lit off shots."

The officers involved in the shooting have been placed on administrative leave.

Officials say no officers were injured.

The cop-involved shooting will now be investigated by the Minnesota Bureau of Criminal Apprehension (BCA).

The highway remained closed for several hours as the the investigation began.

Burnsville police said all offices wear body cams which will now be handed over the the BCA.