Problem drinking is exacerbating tension caused by the lockdown for more than 3.5million British adults, research by an addiction charity has found.

A survey of 2,010 people by Alcohol Change UK found one in 14 people said their own or someone else’s drinking had made stress levels in their household worse since the shutdown began on March 23.

The charity estimated 3.5million adults are now living in an environment where alcohol is leading to increased anxiety and conflict. 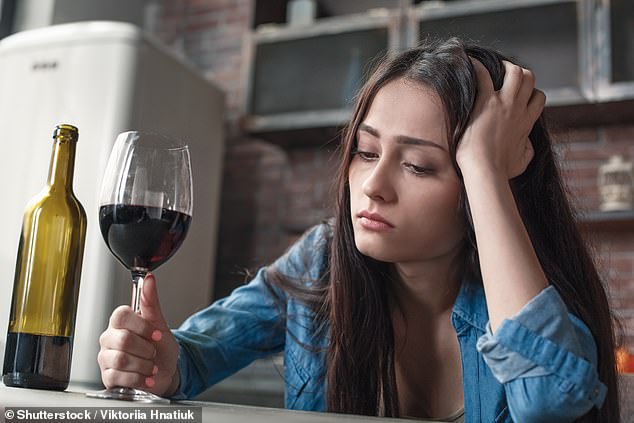 Alcohol Change UK estimates more than 3.5million are living in a household where alcohol is leading to anxiety and increasing tensions

Of the 1,555 people who considered themselves regular drinkers before the lockdown, 35 per cent have reduced their intake or stopped drinking all together, compared to 21 per cent who said they were now drinking more often.

The figures suggest 8.6 million British adults are drinking more since lockdown, while 14 million are drinking less or have stopped entirely based on an estimated UK population of 52 million adults aged 18 and over.

Since the lockdown, some people have been watching how much they drink more, with around 14 per cent of those surveyed opting for alcohol-free days and nine per cent keeping an eye on how much alcohol they buy.

Others reported turning to mental health services for help, with four per cent seeking advice online to manage their drinking, three per cent attending remote support groups and a further three per cent receiving remote 1-1 counselling.

Surprisingly, it seems the most restrained Britons are cutting back more than those who drink more regularly.

Nearly half (47%) of people who said they drank once a week or less before the lockdown have now cut down or stopped drinking completely compared to 27 per cent of people who drank two to six times a week.

Only 17 per cent of day drinkers appear to be trying to cut back and 18 per cent of them said they have increased how much they consume. 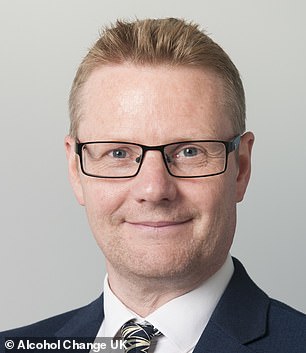 Dr Richard Piper, chief executive of Alcohol Change UK, said: ‘Successive governments have had a blind spot on alcohol harm but the reality is that it’s the cause of 1.3 million hospital admissions and 10,000 deaths each year.

‘This harm is avoidable. Taking action on alcohol harm would reduce rates of domestic violence, child neglect, costs to the criminal justice system and – perhaps most significantly at the moment – would hugely benefit the NHS.’

The charity boss added it was encouraging to see so many people taking steps to manage their drinking.

He also urged those struggling to manage their intake to visit the Alcohol Change UK coronavirus information hub for advice and support.