Gemma Evans, 23, was allegedly "grossly distracted" as she drove her black Mini.

Diane Price, 58, died of catastrophic injuries at the scene.

Prosecutor Thomas Scapens today told the court Evans had been texting on the morning of December 9, 2016, discussing what to wear on a night out with Kirsty Arrowsmith.

The messages, sent on Facebook and WhatsApp, included messages from Ms Arrowsmith asking: "Hey you, drinking tonight or having a quiet one?" 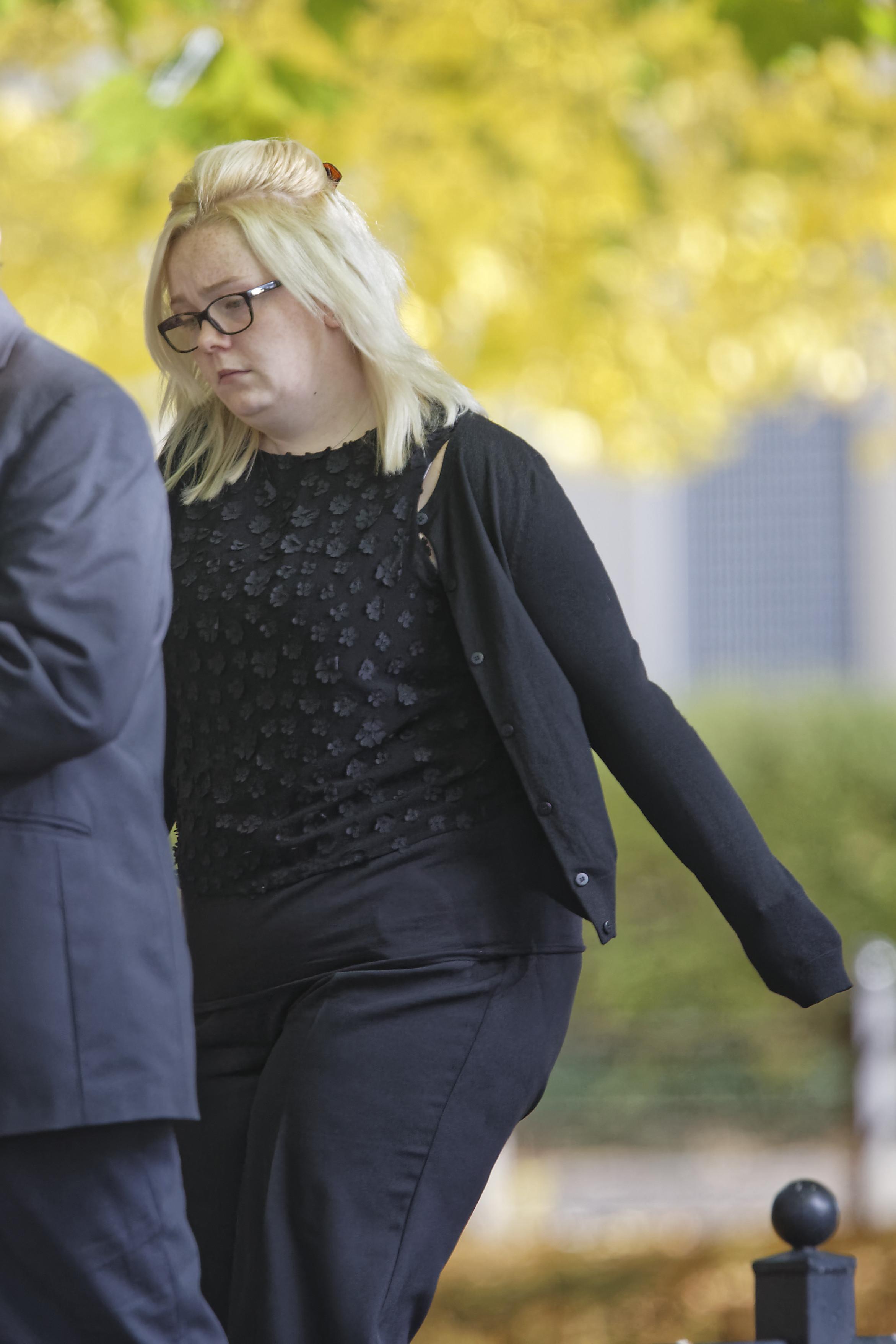 Ms Scapens told Merthyr Tydfil Crown Court: "Gemma Evans received another message from Kirsty Arrowsmith two minutes and nine seconds before the 999 call was made to report the accident.

"The pattern of the phone activity shows that Gemma Evans was grossly distracted while she was driving her car.

"That is the only logical explanation for the accident – the only reason was the mobile phone."

The court was told Evans had been driving to work at 7.30am on Friday, December 9, 2016, while Mrs Price was coming the other way after spending the night caring for her elderly father.

The court heard Evans’ Mini suddenly veered across the road on a straight stretch of the A40, near Brecon, Powys.

Other motorists and paramedics gave CPR but Ms Price died of catastrophic injuries at the scene.
The court heard as a result of her injuries sustained in the accident Evans has no memory of what happened.

Evans, of Brecon, claims she put her mobile in the car’s cup holder on the morning of the accident and didn’t use it during her journey.

Cancer weekly horoscope: What your star sign has in store for December 6 to 12