A RANDY driver says he will never have sex in his car again after it plunged down a hill on to its side during a romp.

Supermarket worker Brad Sadler, 18, parked up at a secluded beauty spot after a romantic date at McDonald’s. 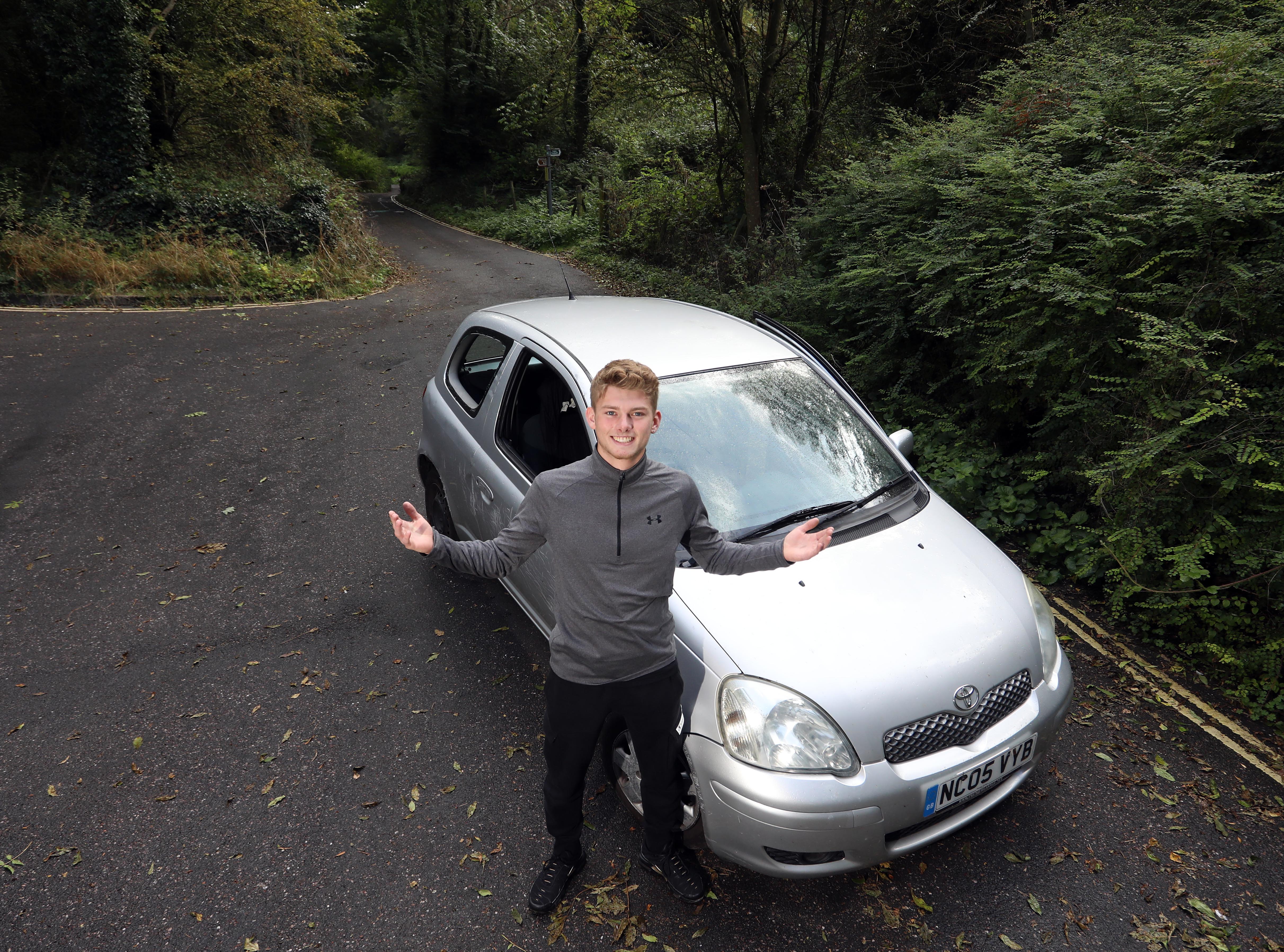 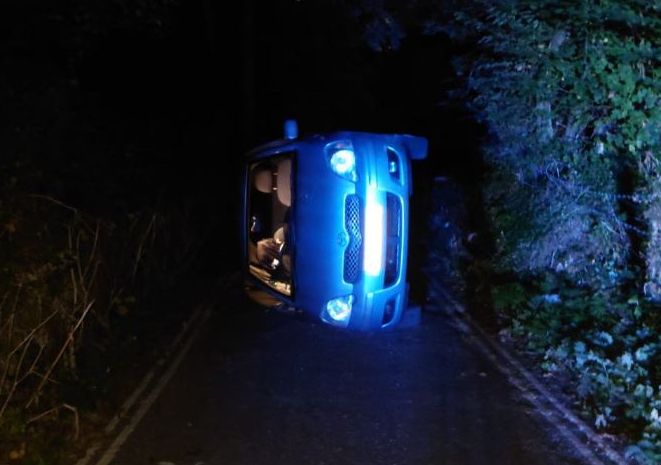 He left the engine running and put on some background music before he and his lover jumped into the back of his Toyota Yaris for some fun. But they were rocking the motor so much the handbrake failed — sending them down a steep hillside.

Brad, who was naked, said the car then rolled across a road and up a bank before flipping on to its side, sending his chocolate milkshake everywhere.

He told The Sun: “We were going at it, but the car was making all sorts of groaning noises.

“I tried to put it out of my mind until my date screamed, ‘The car’s moving!’. There was a loud noise as the handbrake gave out.”

The Sun were told yesterday how the randy pair were left standing in the overturned car for 15 minutes until Brad handed two walkers his keys and they let them out via the boot.

Brad, from Matlock, Derbyshire, then spent the next ten minutes looking for his clothes.

Giggling cops who arrived at the scene in the Derbyshire Dales told him it was among the funniest things they had ever seen.

Brad, who tested negative for drink and drugs, said: “That’s the last time I ever do anything like that in the Yaris.”

Alex Jones: The One Show host apologises to co-star after awkward moment ‘I feel bad now’